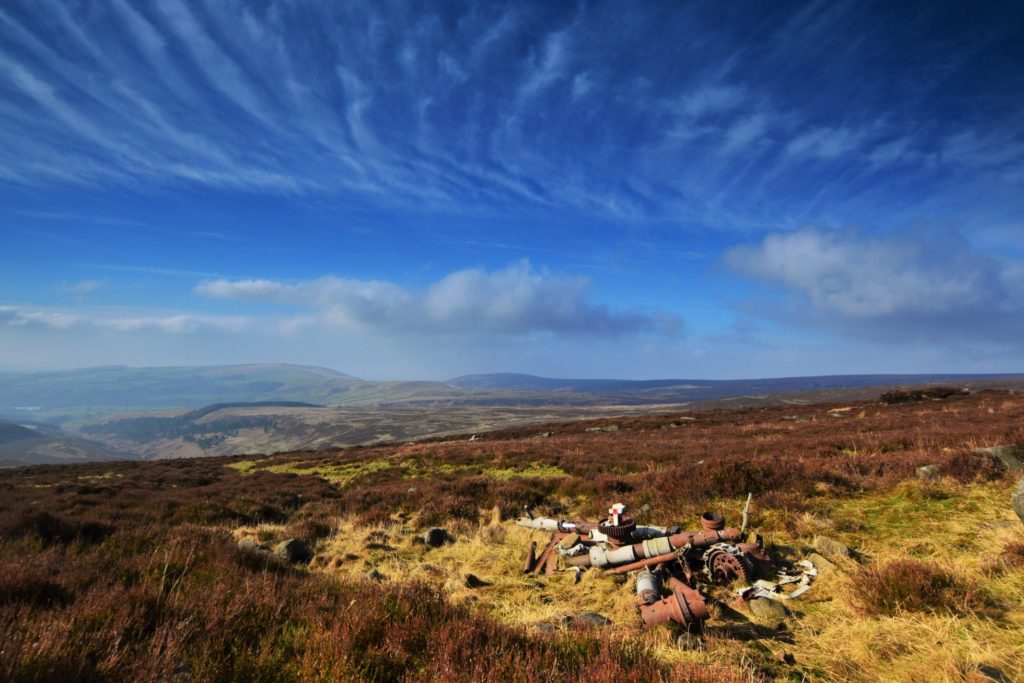 The little hill of Tintwistle Knarr in the Peak District had 5 aircraft crash into it in the 1940s, killing all those on board the aircraft; 8 British airmen, 1 American and 2 Belgians.

Visit to the crash sites, February 2015. 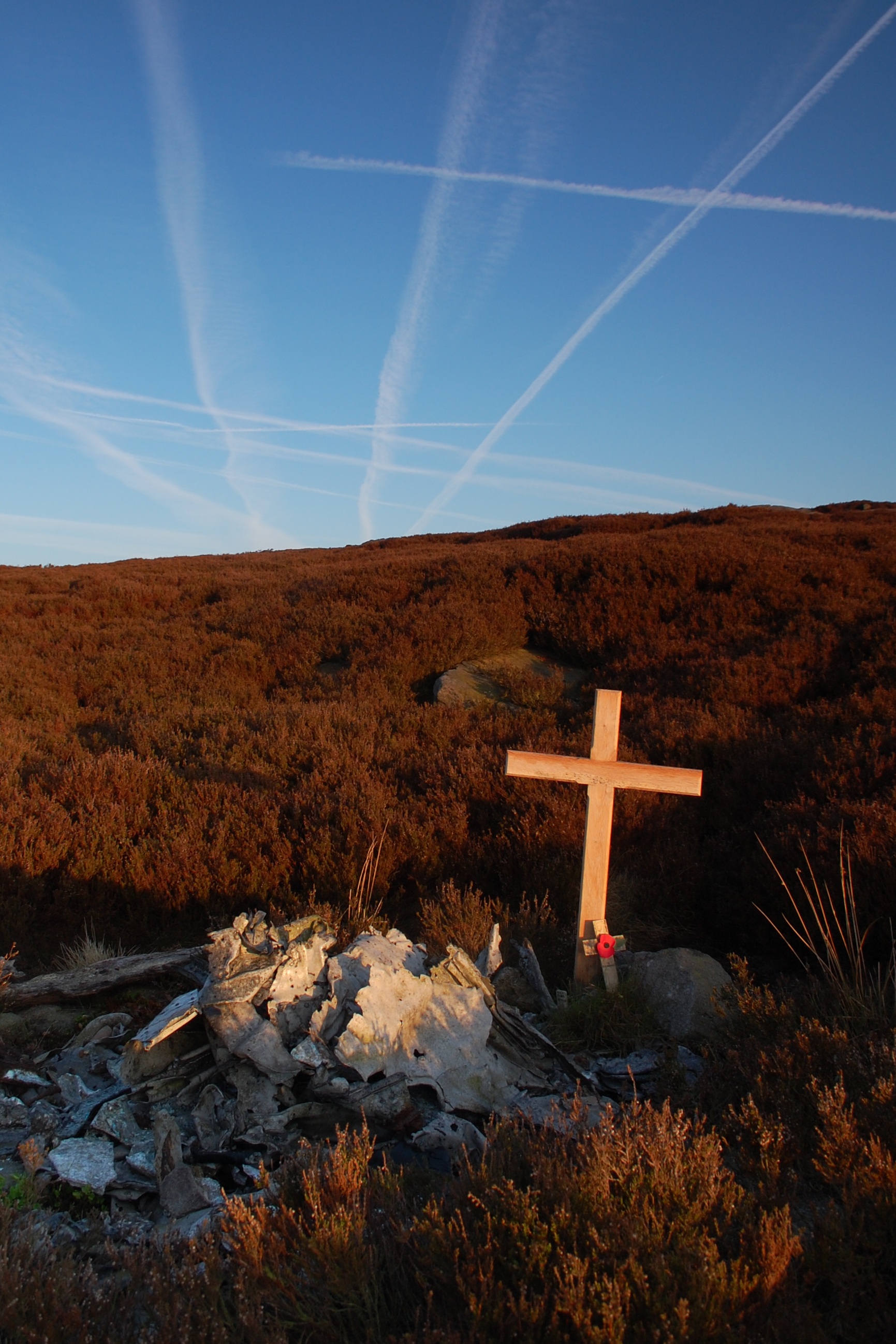 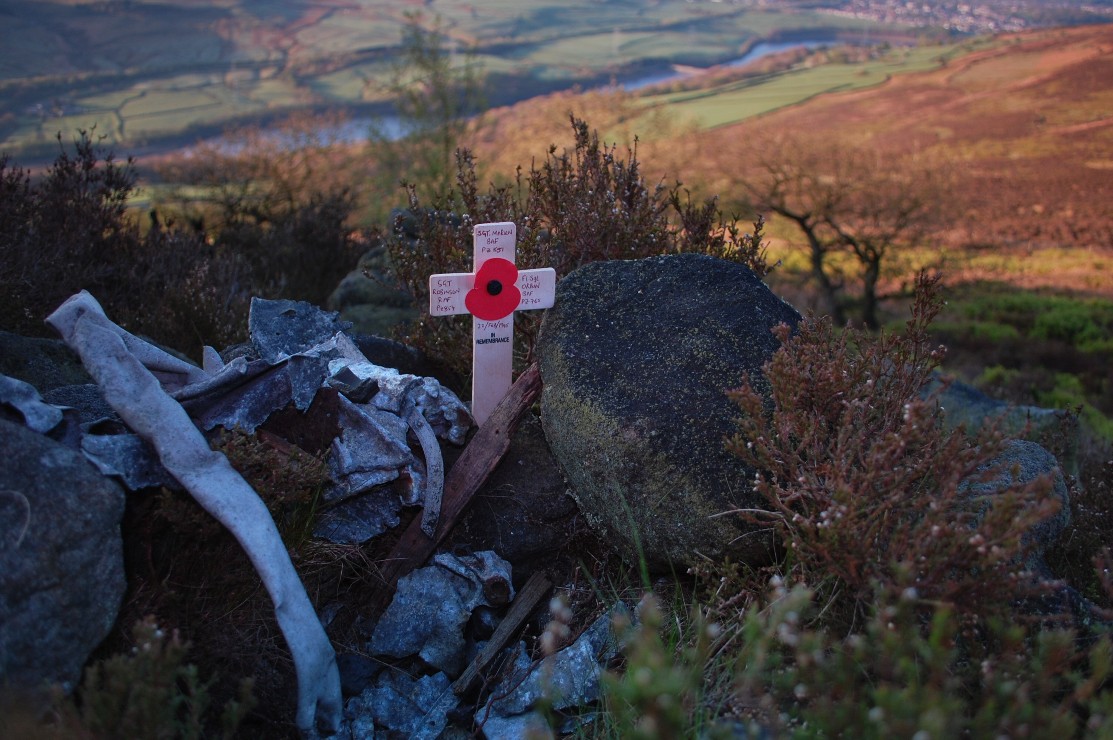 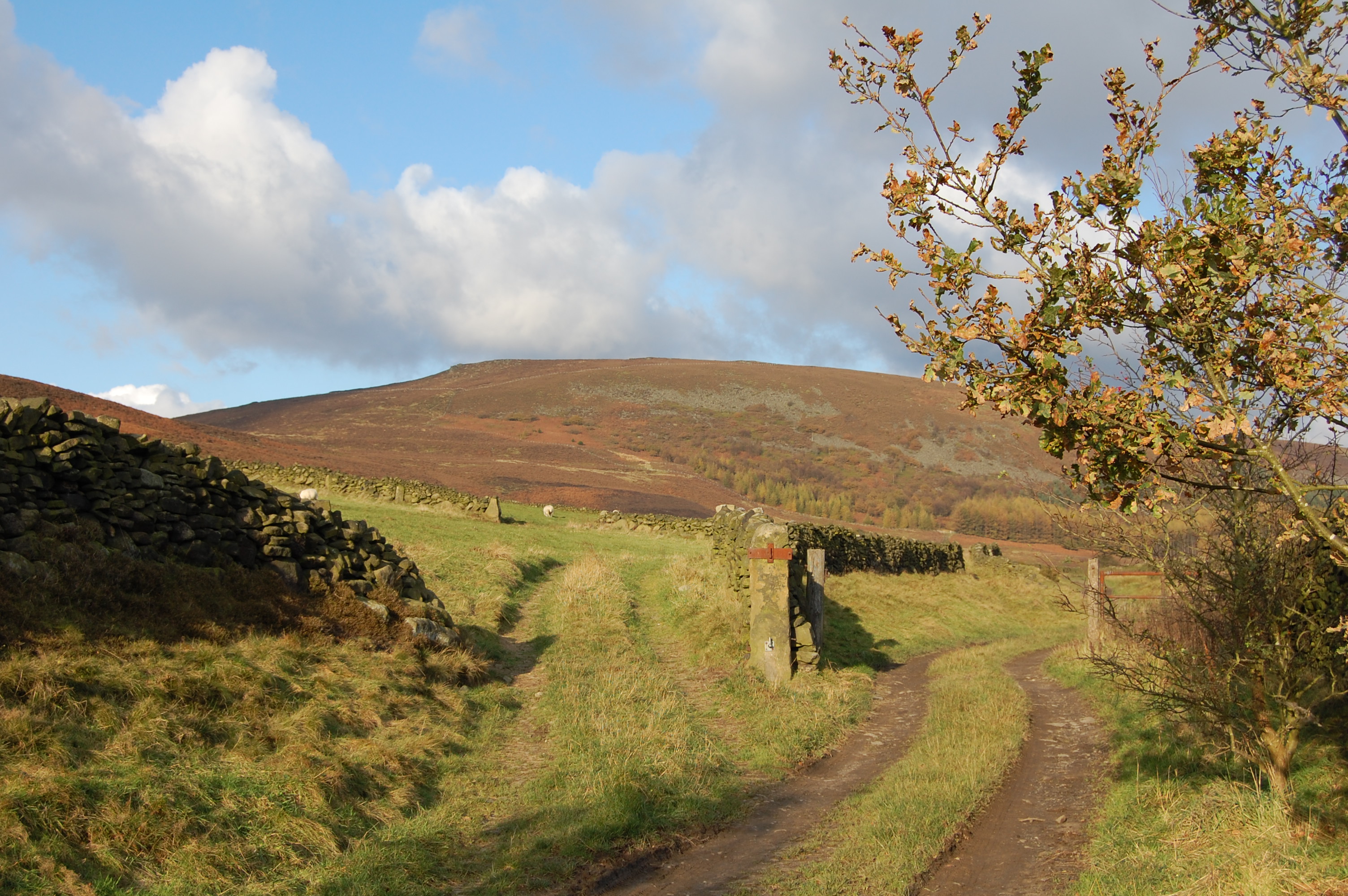 By the side of the path which follows the fence up from the Woodhead Road is a cross with this plate attached. 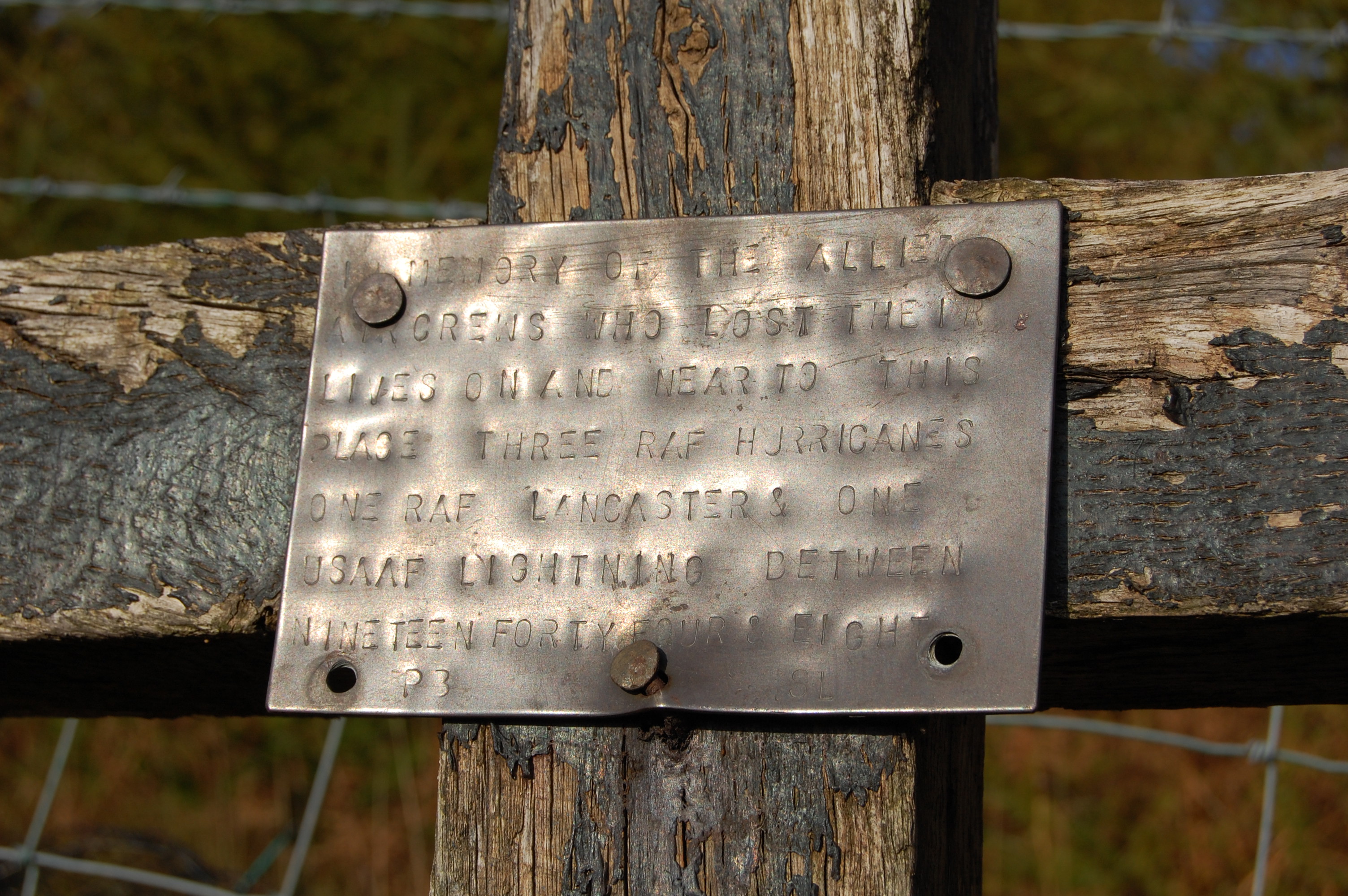