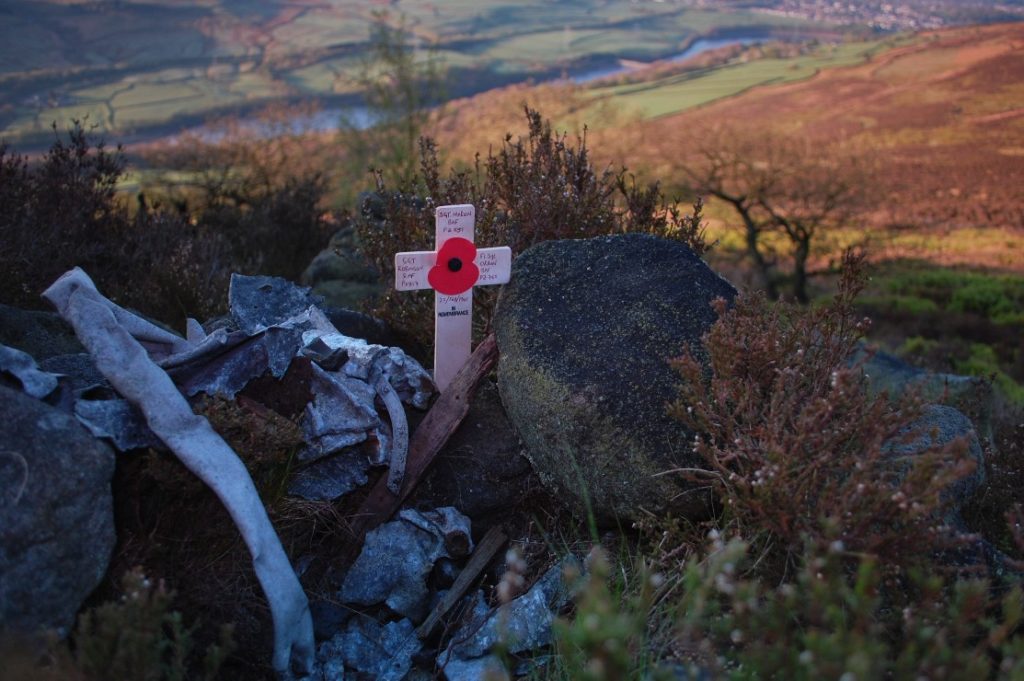 Three Hurricanes from RAF Calveley were undertaking training in close formation flying when they crashed into Tintwistle Knarr in Longdendale on 22 February 1945, killing all 3 pilots.

The men served with RAFVR. Two were from Belgium – formation leader Flight Sergeant Ernest M L Marien and Flight Sergeant Marcel H L Orban, and their bodies were repatriated there. Flight Sergeant Robinson was from Hackney in east London and was aged 21.

It appears the formation leader failed to notice the looming hills in the industrial haze drifting across from Manchester and only saw the rising hillside at the last instant. He managed to pull back but it was too late and his aircraft hit the hillside flat on. The two flying in close formation behind him were watching their leader, and flew head on into the hill, seemingly not having had the moment’s notice of their fate that Flight Sergeant Marien had. All three died instantly.

Below: Until recently, only a few fragments of debris were visible at the site. However, a site visit in April 2022 following a fire on the moorland revealed this engine prop shaft and reduction gear. As Sean says, it is possible it has been there all along. 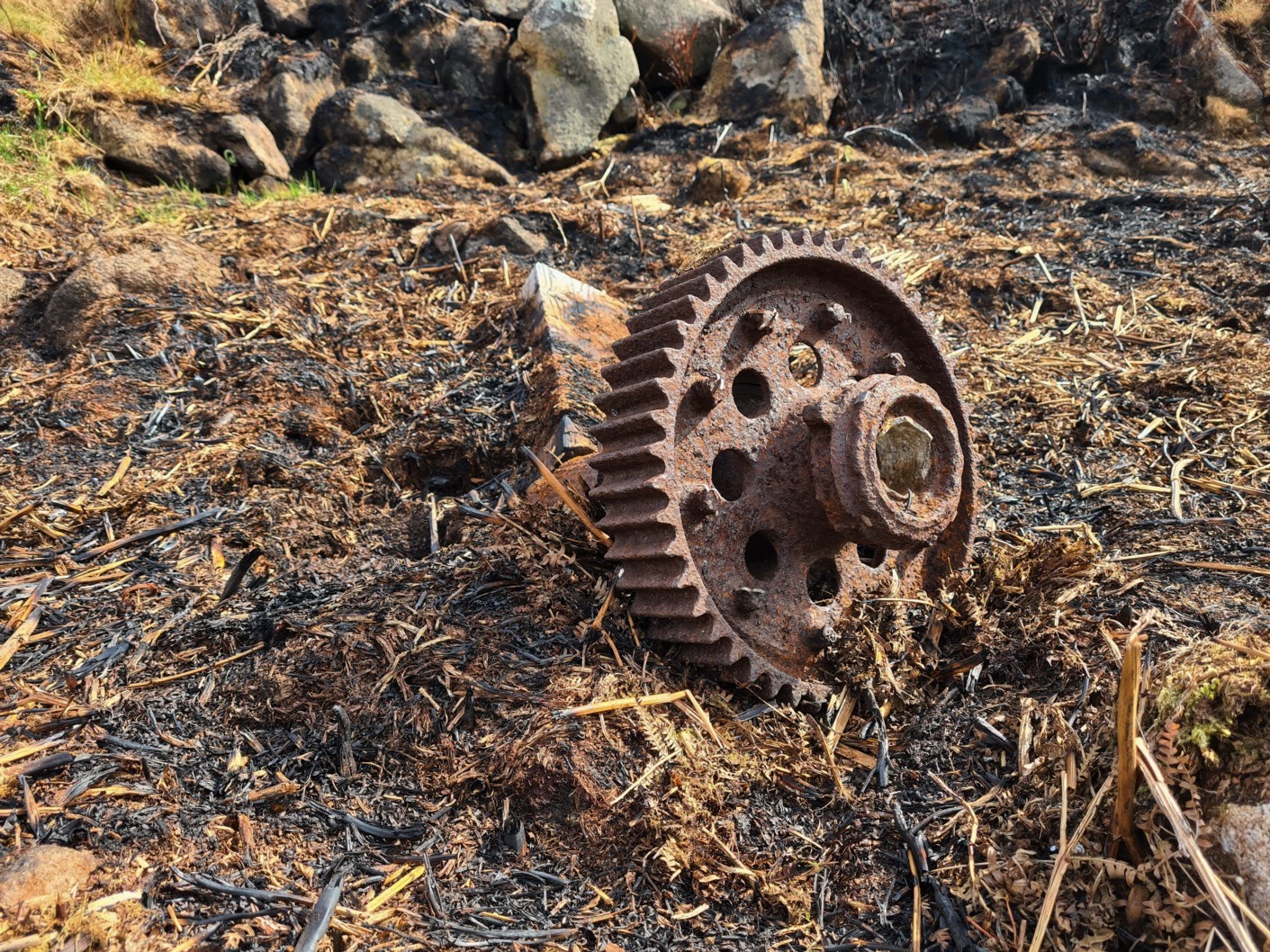 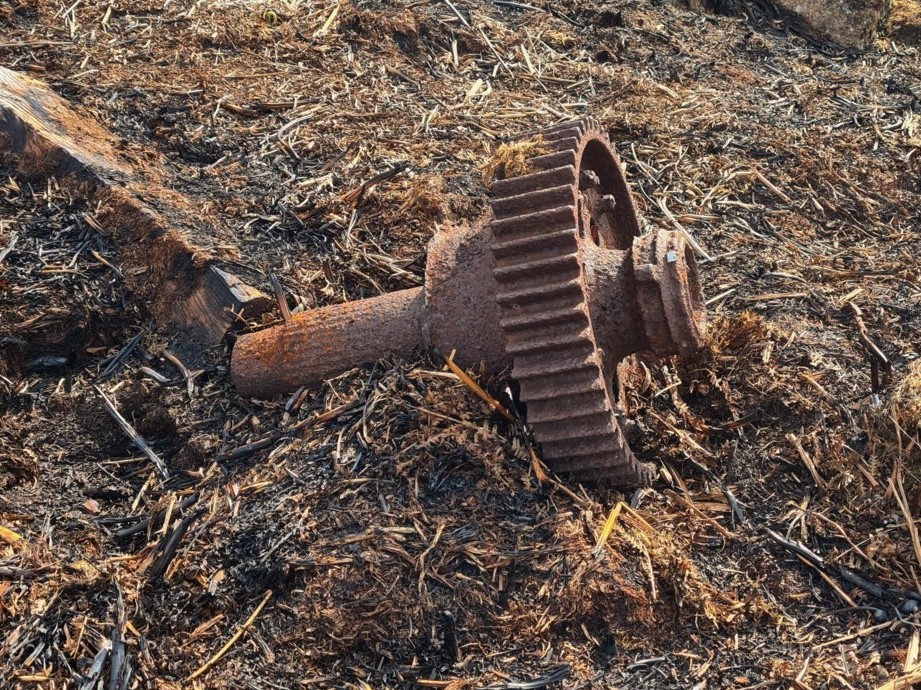 Below: the debris pool near the impact site, just a handful of fragments. 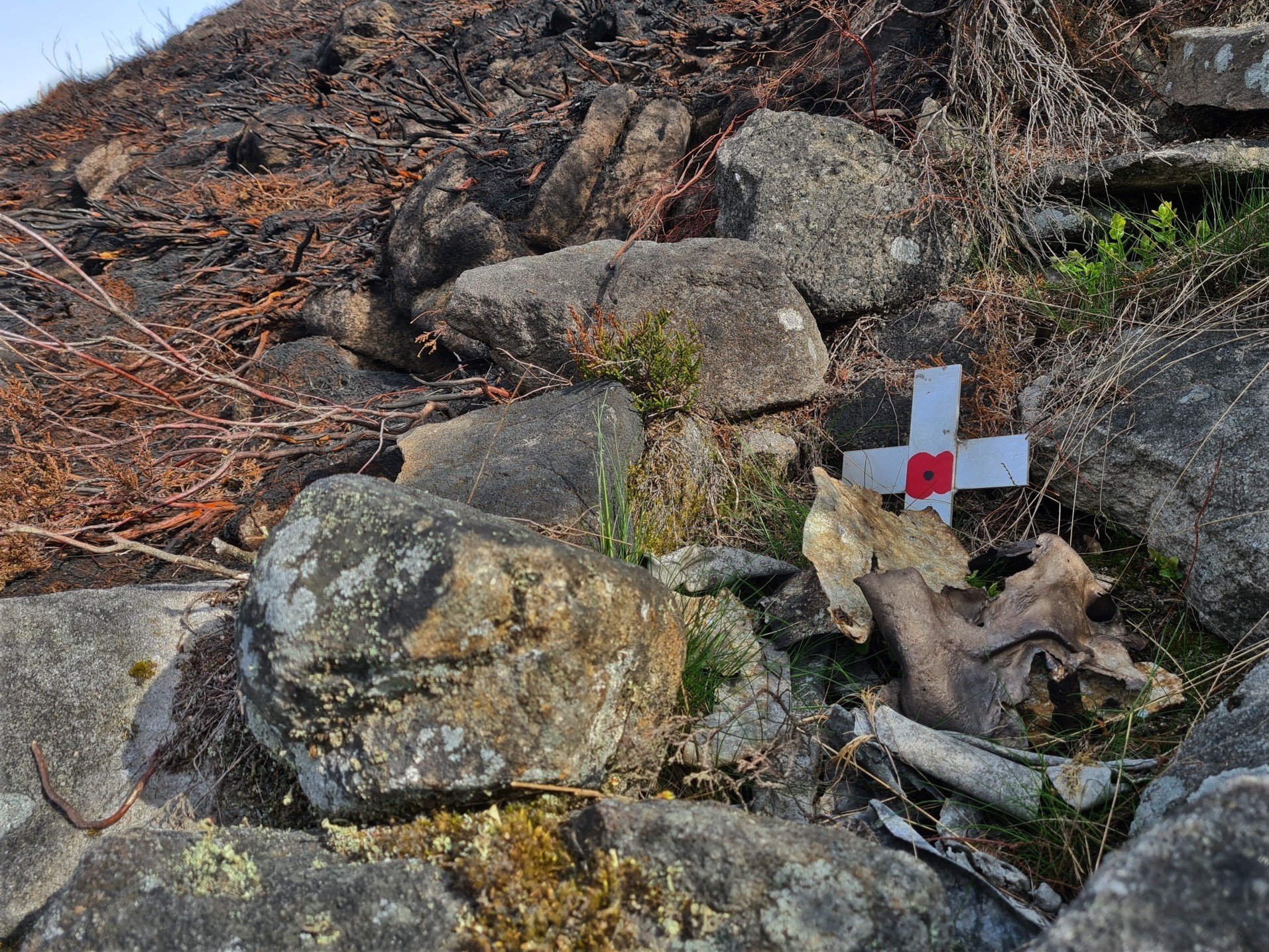