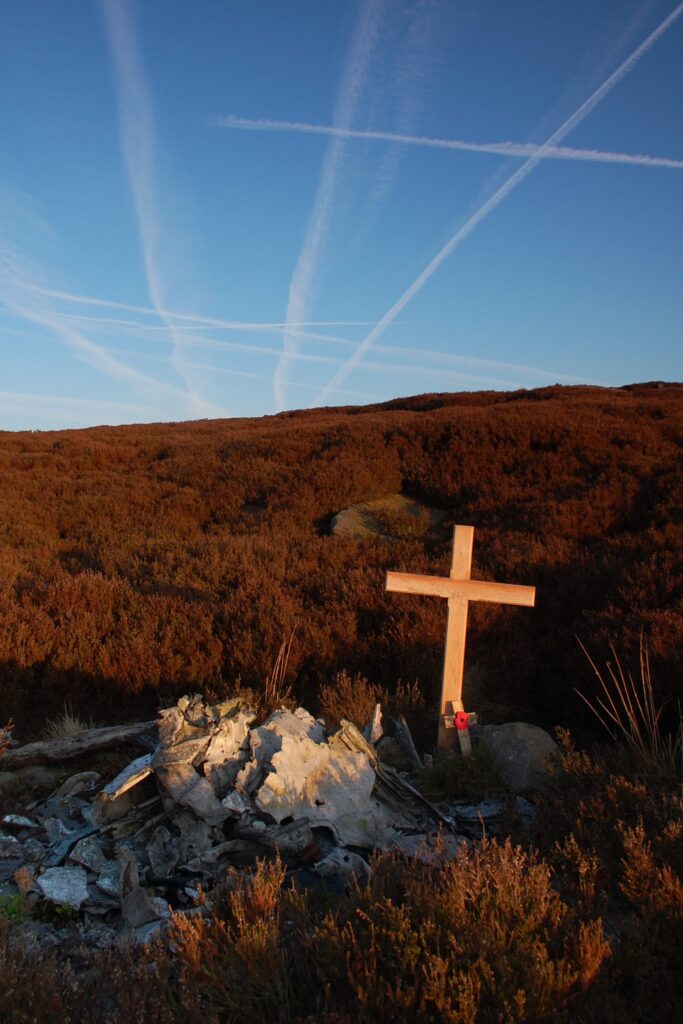 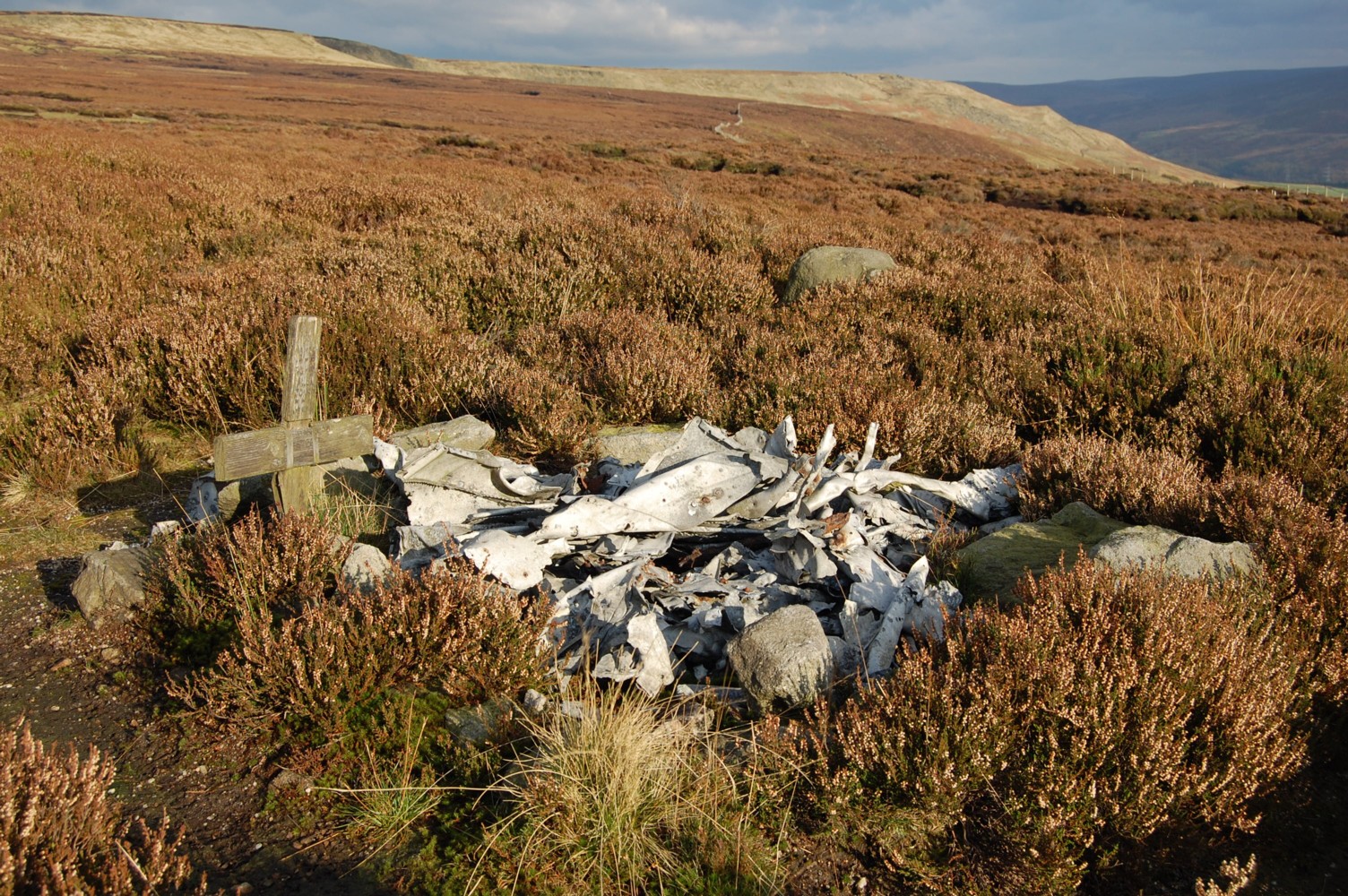 Below: A few shots taken with a phone, visit April 2022. Not great photos but they show, unusually, that if anything there is more visible debris at this crash site than there has been in previous years. This is probably because there is evidence in the area between the debris pool and the fence of some tidy digging (see image further below). 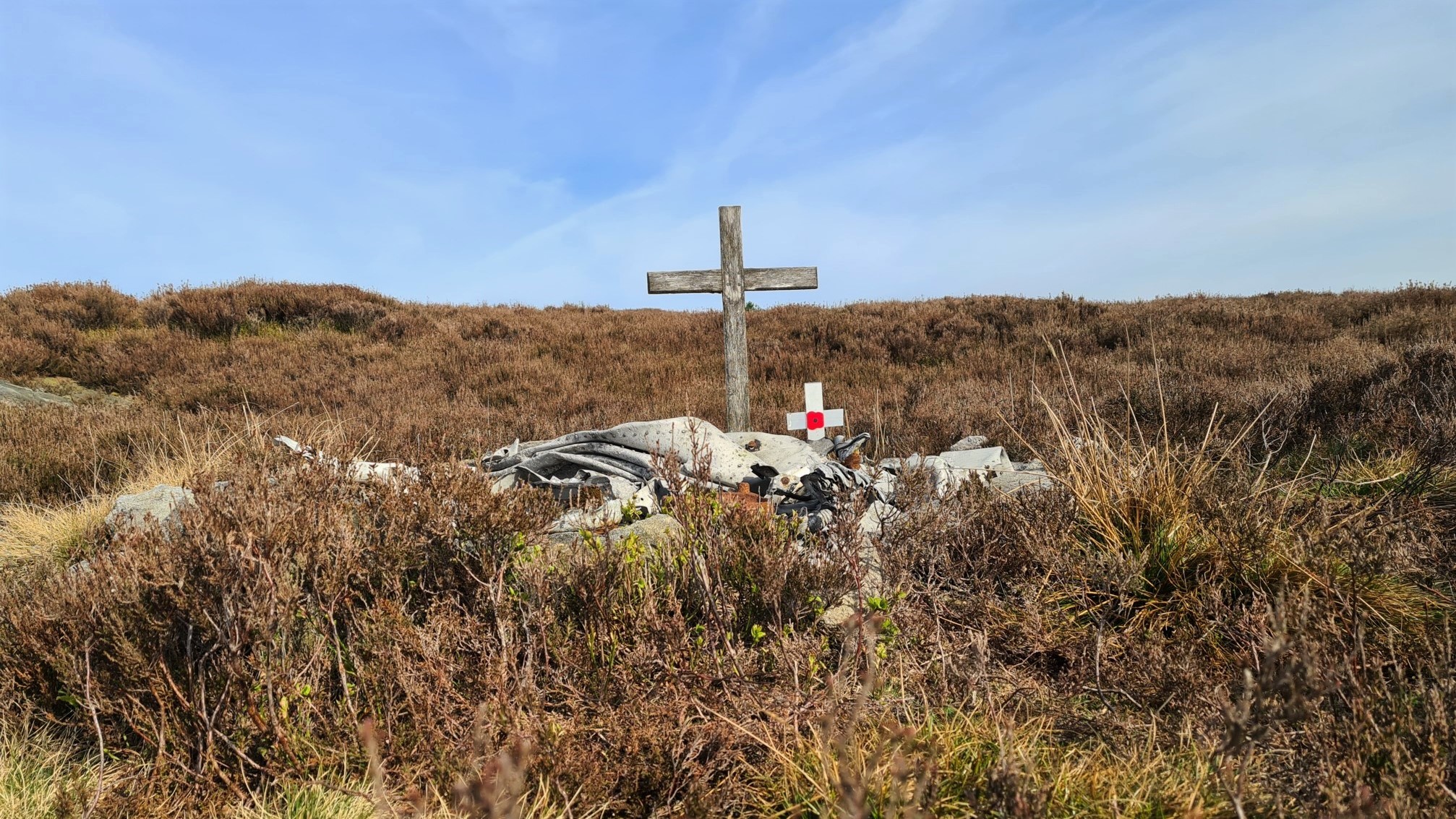 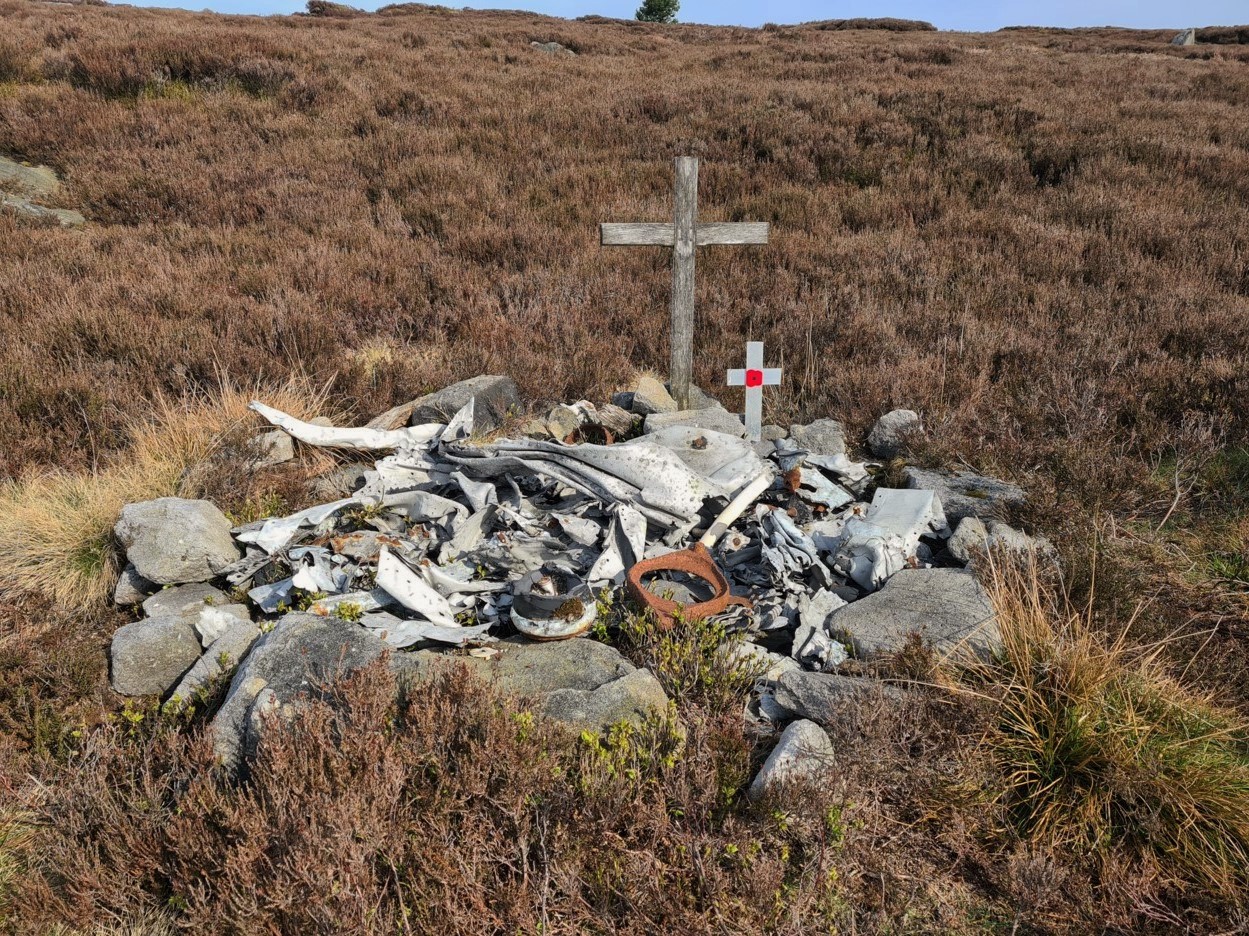 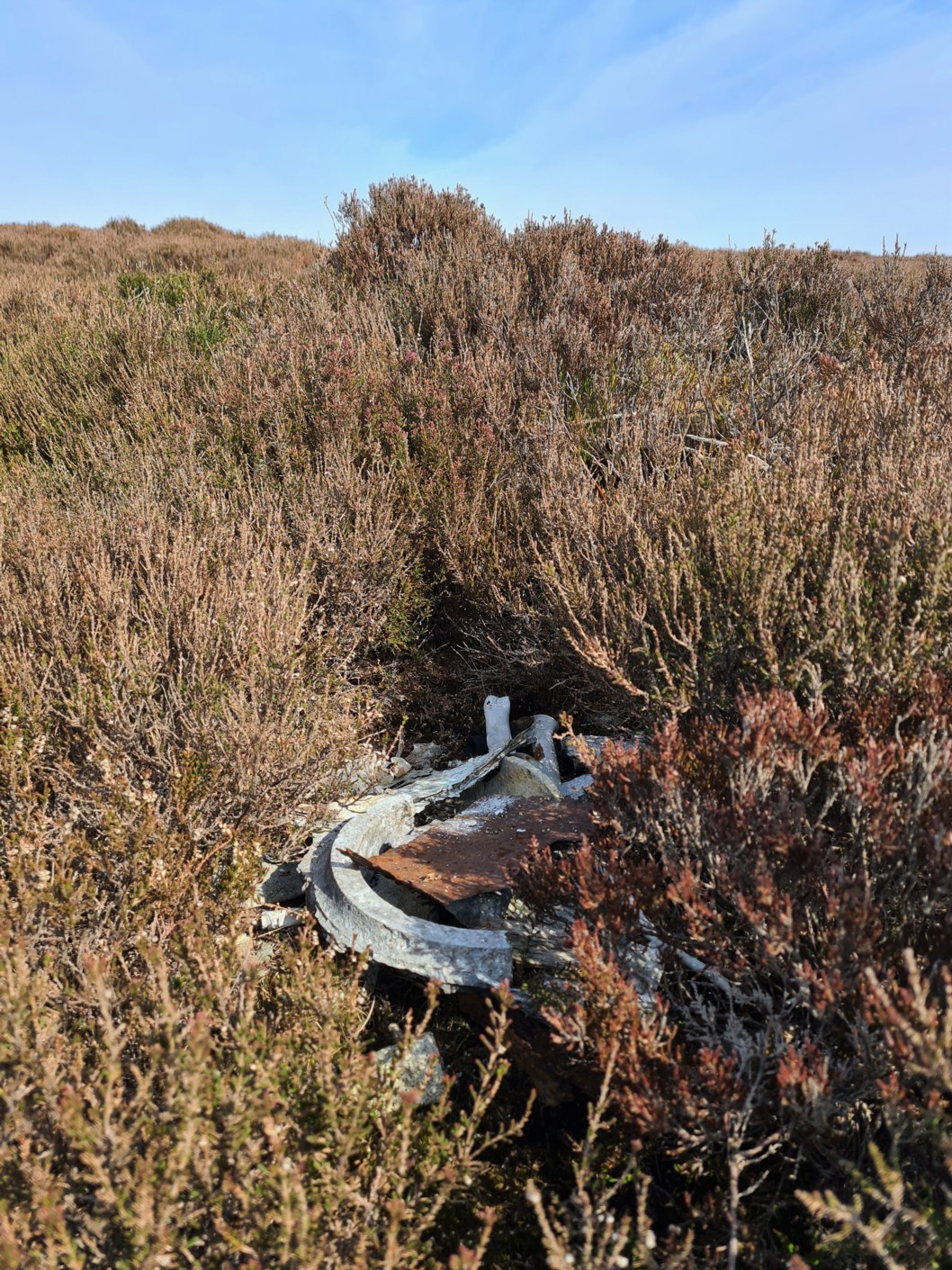