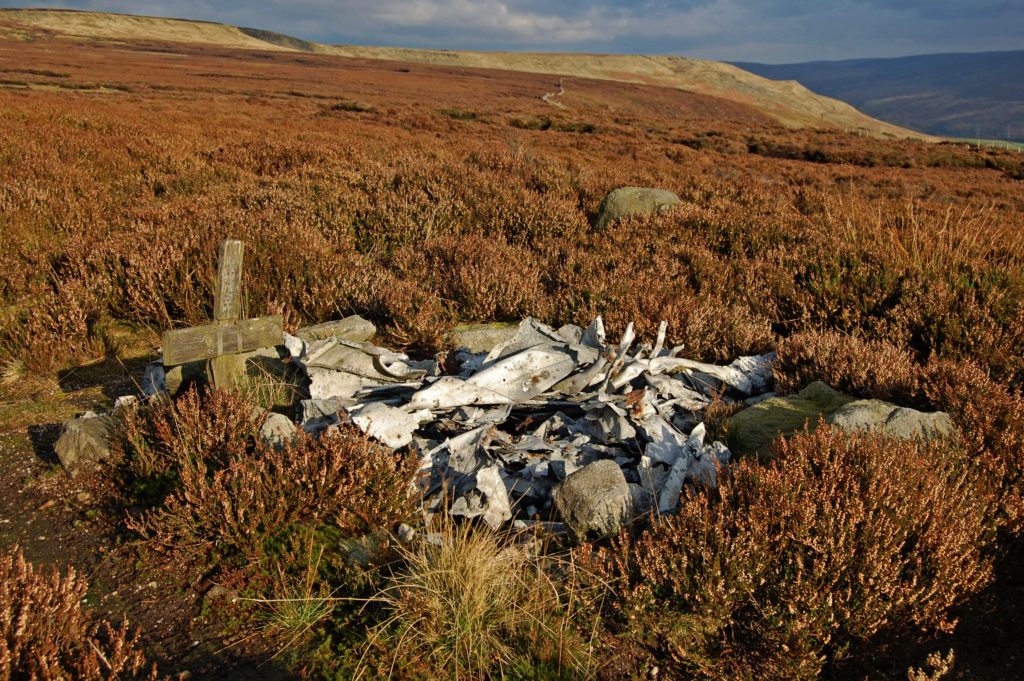 This sad little collection of metal is all that remains of a USAAF P38 Lightning flown by Flight Officer Hugh Jones from North Carolina.

During the morning of the 10th May 1944 F/O Hugh Jones took off from Goxhill near Grimsby to take part in a cine gun / single engine flying exercise. However, once airborne he could not locate his flight due to cloud and as such requested permission to join a pair of aircraft whose exercise was a cross country navigation training flight.

They headed due west for roughly 20 minutes until reaching a cloud bank which they attempted to fly beneath, but could see the cloud ahead extended down to ground level. At this point 2nd Lt Gene H. Cole ordered the two other pilots to turn back. On turning back the flight leader found that F/O Jones was missing from the No.2 position.

It appeared that while in cloud F/O Jones had become disorientated and rolled his aircraft over. When he attempted to climb he was actually descending until the aircraft struck the ground.