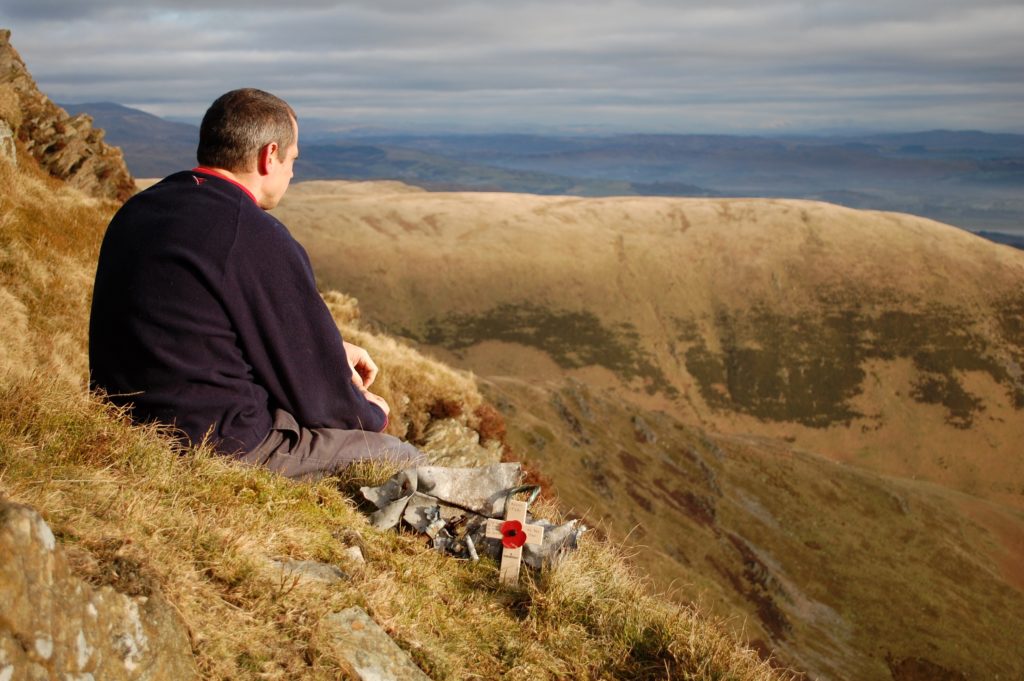 Me sitting on a ledge just above the impact point

January 2nd 1945. Avro Anson LT741 was on gunnery training practice when it failed to locate the target tug, a Miles Martinet which was some distance to the north, and crashed into the crags of Black Combe on the Cumbrian coastline in low cloud.

Three of the four men on board died instantly. Wireless Operator Sgt Jenkins, 19 years old and from Cardiff, survived the crash but died of exposure; it was 8 days before the wreck was discovered. It is possible Sgt Jenkins had managed to jump from the aircraft before impact, but was too low for his parachute to open and was injured when he hit the ground. The crew all served with the RAFVR.

Struggled to find this wreck site, the co-ordinates we had were out, and we scoured every gully and crag on the eastern side of Black Combe looking for it. We had just about given up when I spotted a fragment of aluminium panel on some rocks lower down. I retrieved that, then climbed back up the crag to locate the impact point. There we found some electrical connectors, a fuse and some cartridge shells, one of which had exploded in the fire, and another which was stamped with the date 1943. We buried these items near the impact site.

Close up of the remains 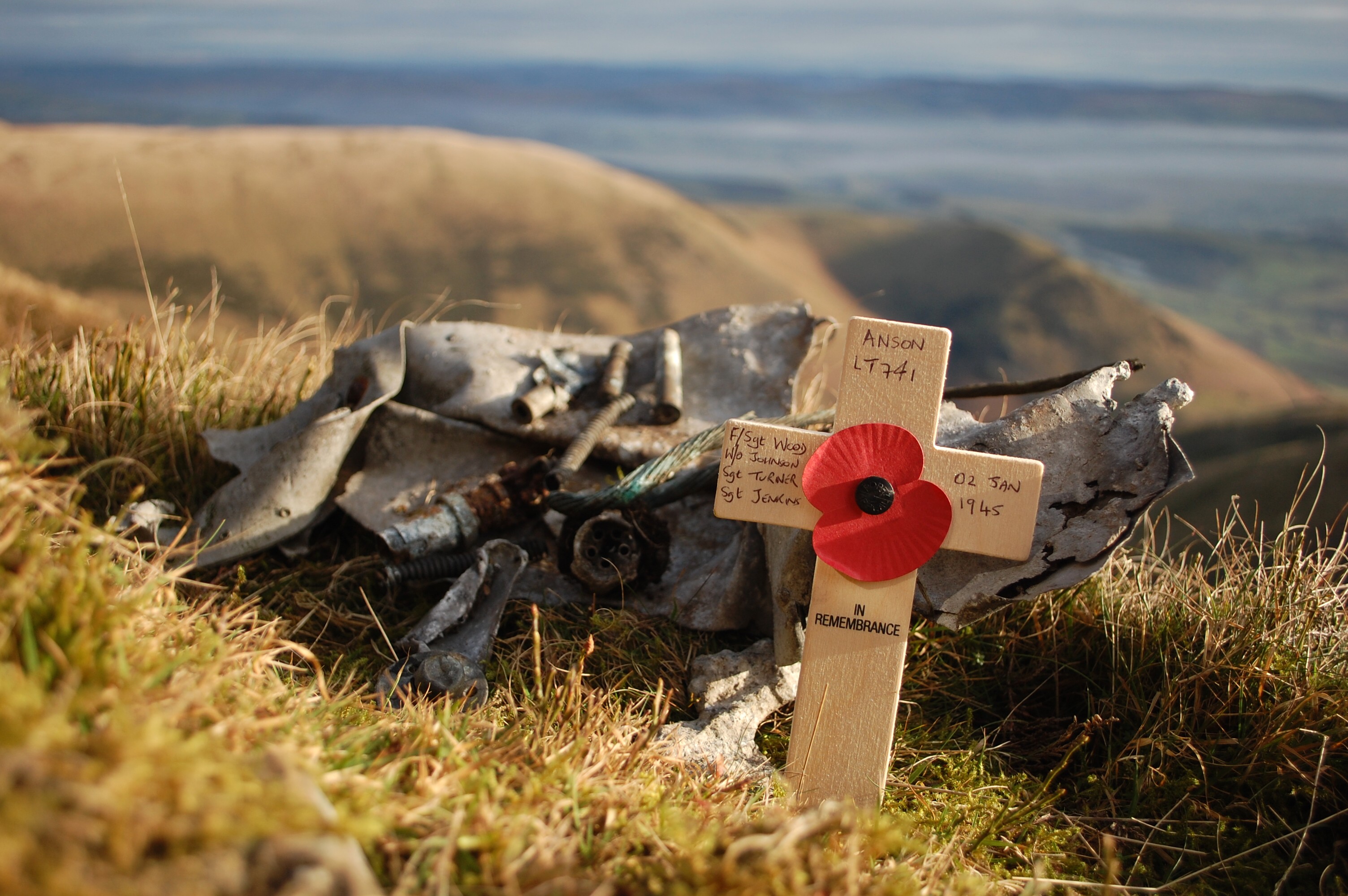 EDIT 07 OCTOBER 2018
These two photos courtesy of Mark Haywood who recently visited the crash site and found more debris scattered down the slope. Mark also placed the metal remembrance cross at the site. 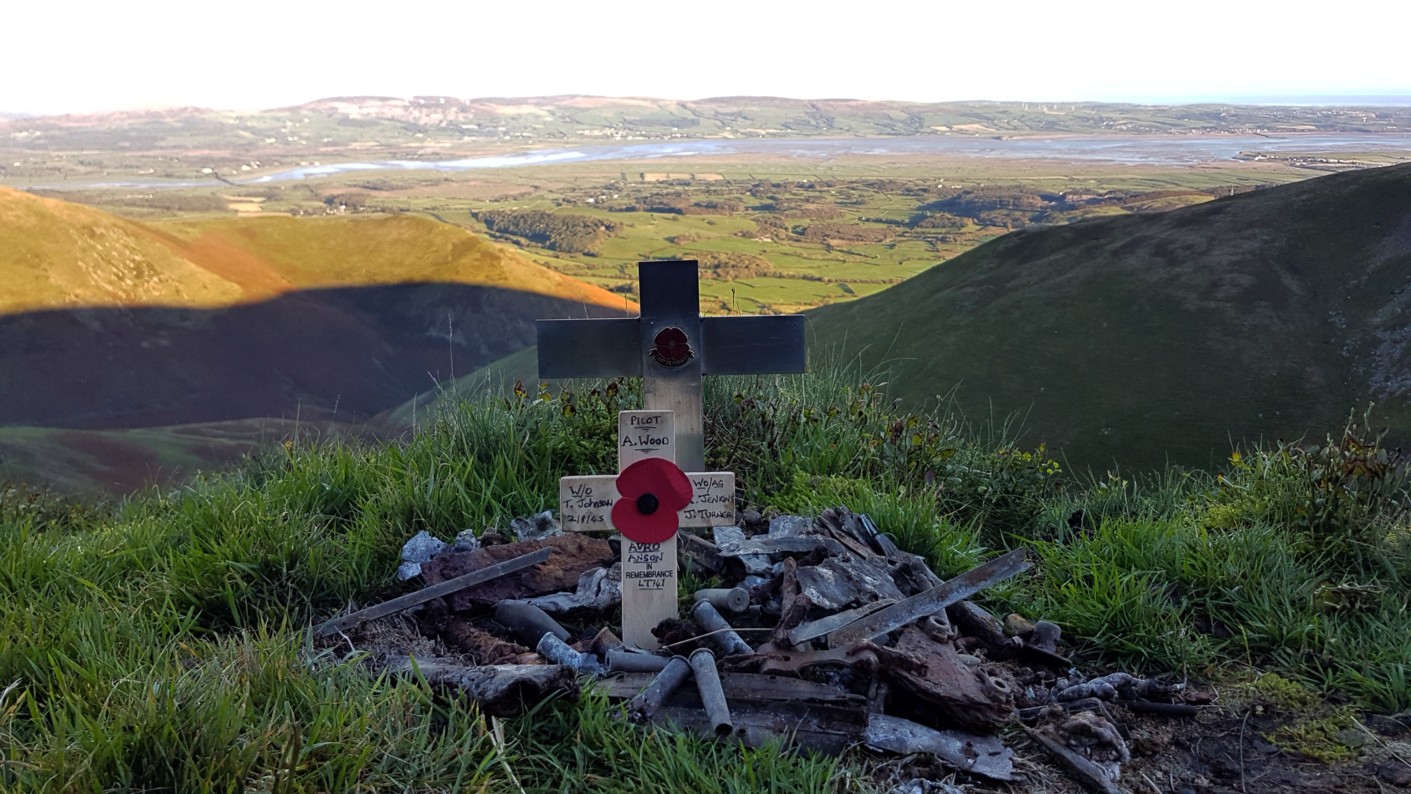 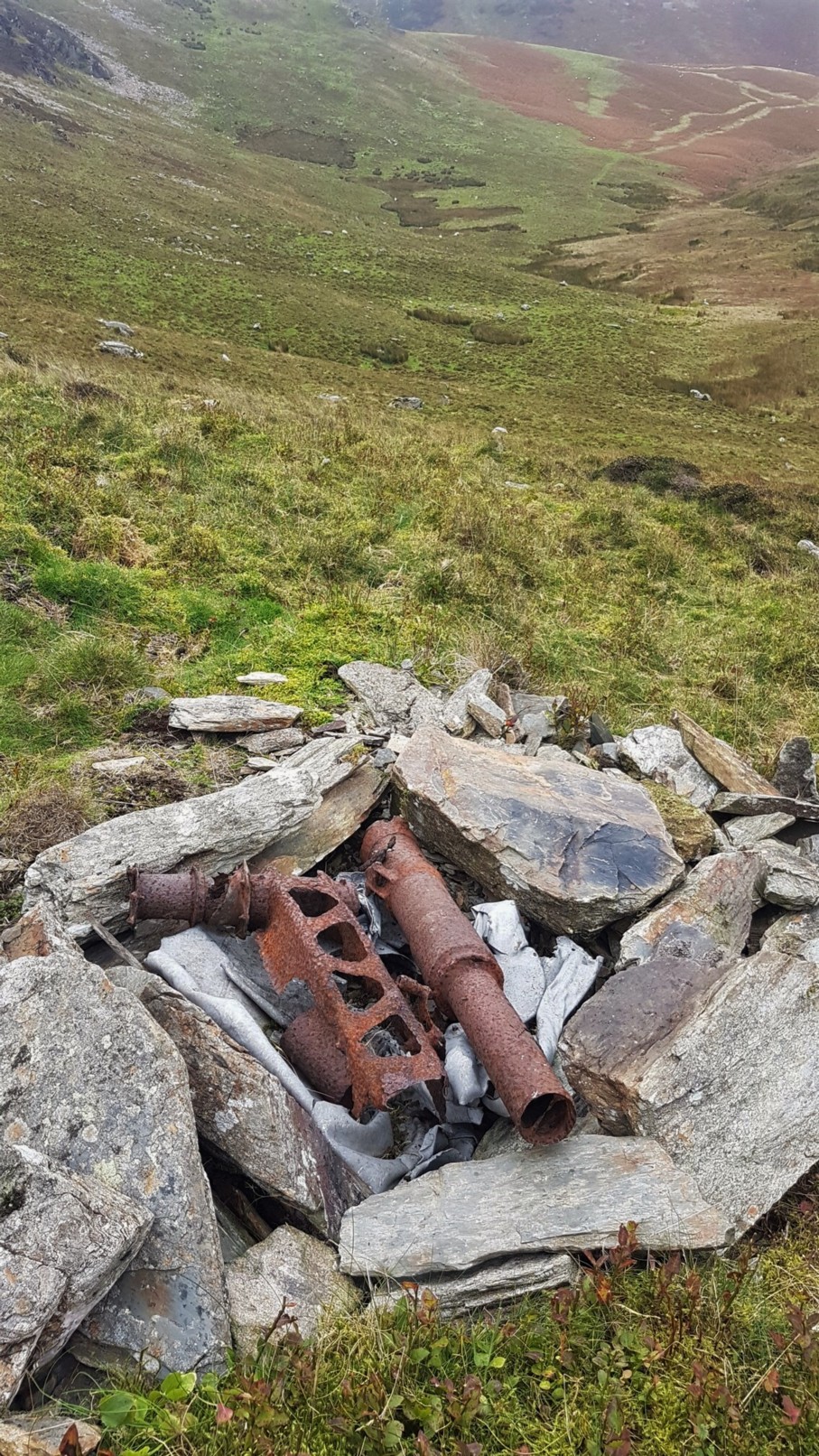 LT741 crashed the same day as this American bomber
https://aircrashsites.co.uk/air-crash-sites-5/debris-field-of-crashed-flying-fortress-43-38944/