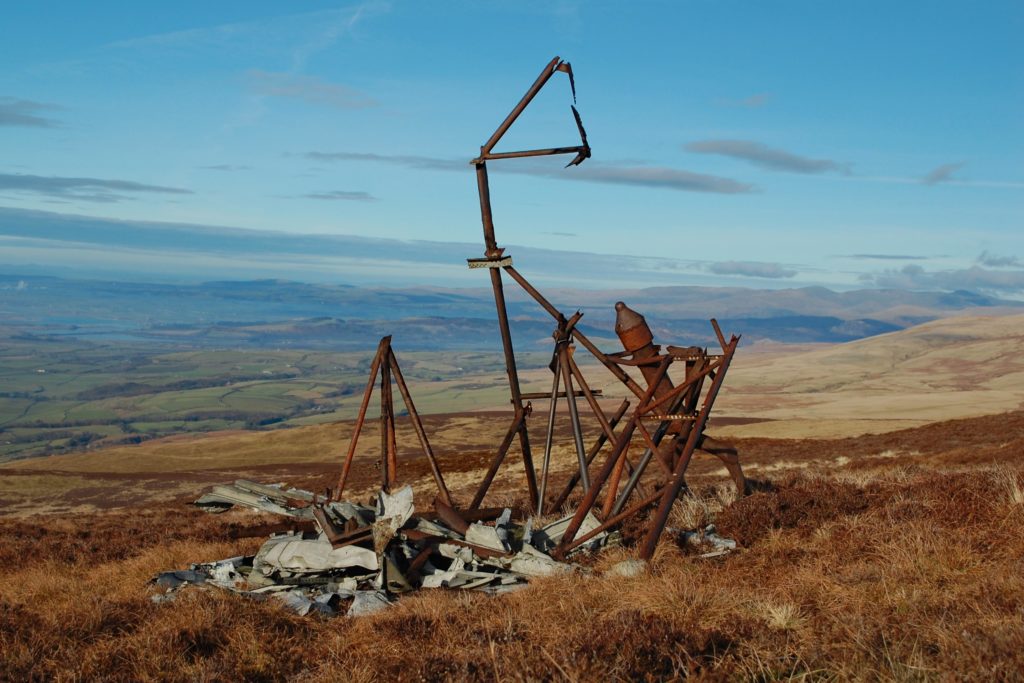 Pilot Captain William J Daner and co-pilot First Lt Arthur Garner, both survived when their Beech C-45 crashed on Black Combe in the Lake District on 12th March 1947. The aircraft came down in a snowstorm but fortunately didn’t break up too much, and both men were able to wait till morning before looking for a way down off the hill.

Less fortunate were the 3 schoolboys who went up for a look at the crashed Beech, and themselves got stuck in a snowstorm and also had to spend the night in the wreck of the aircraft!

The Beech was flying from Prestwick in Scotland to RAF Bovingdon near Hemel Hempstead in Hertfordshire.

Below; photo of this aircraft shortly after it crashed. Image from Dave Earl. 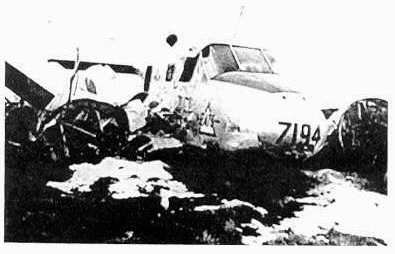 Photo of a Beech 18 on jr55’s photostream. The C-45 was the military version of the Beech 18, or Twin Beech as it was also known.