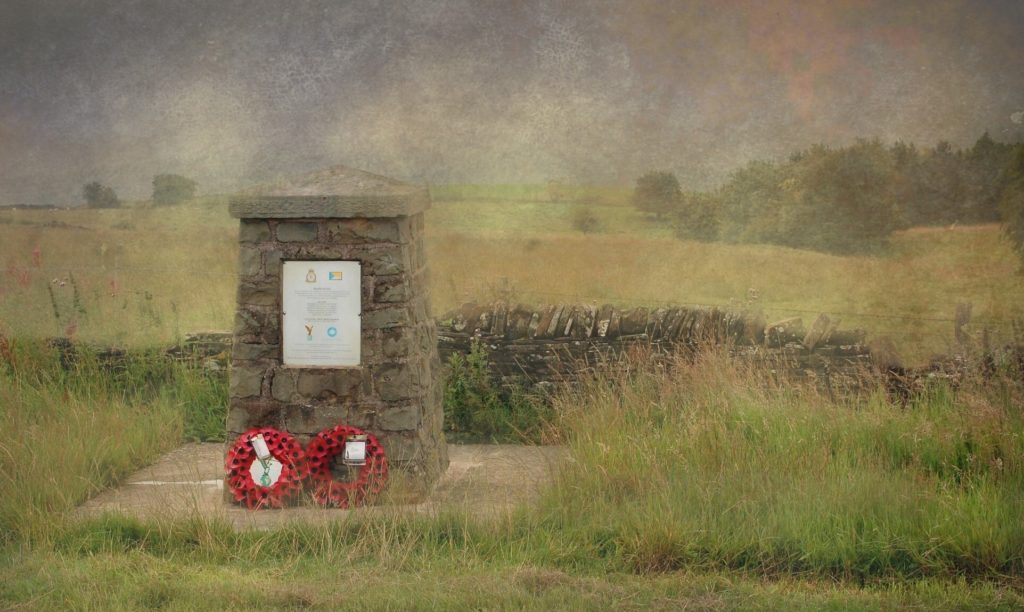 13 February 1947. During a particularly harsh winter, and with TB endemic in British cattle, Halifax RT922 was on a mission to drop supplies of powdered milk for babies in cut off communities, when it crashed with the loss of all on board.

The Halifax had attempted to make the drop twice, in a field with a cross of soot marking the spot, but poor weather meant they couldn’t locate the drop zone. Getting lower at each attempt, the third ended in tragedy when the starboard wing clipped the ground causing the bomber to cartwhile across the fields.

What makes this crash particularly sad is that the drop probably wasn’t necessary, the roads were opened the day after. 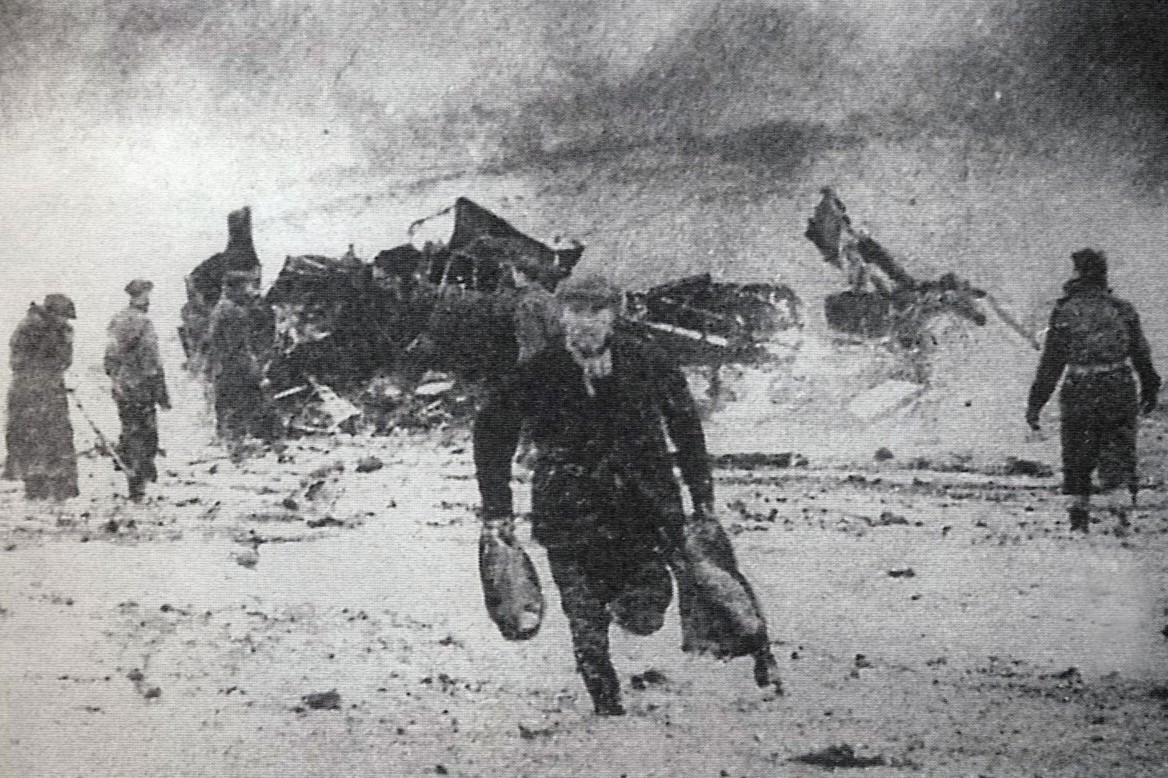