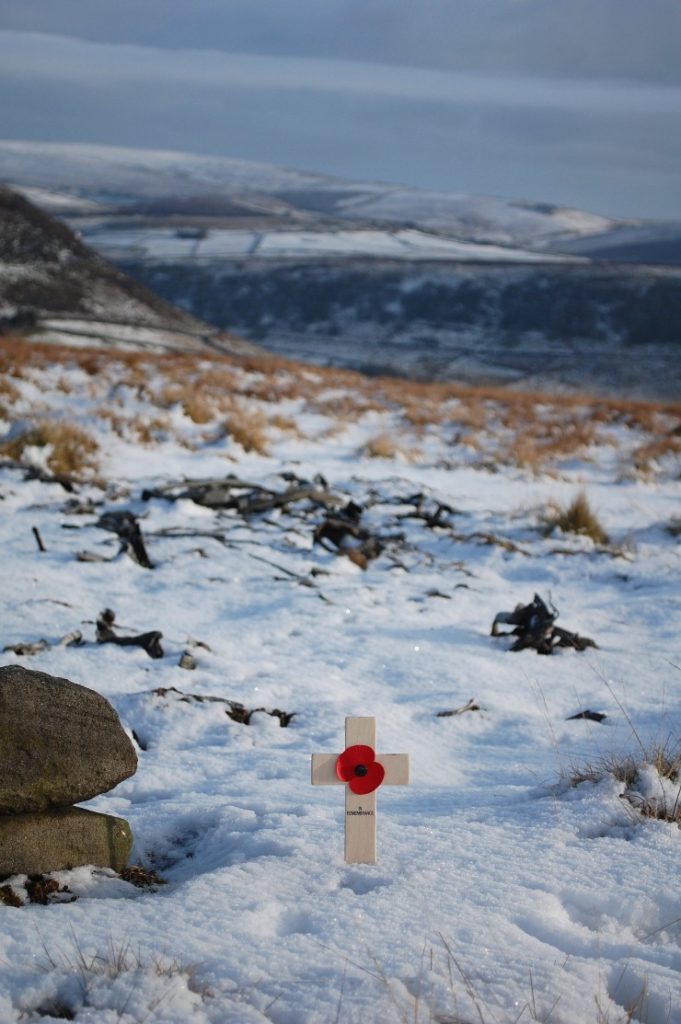 On January 2nd 1945, a brand new Flying Fortress was being delivered from the American air depot at Burtonwood near Warrington, to a bomber squadron at Nuthampstead in Hertfordshire.

The pilot had not gained sufficient height to cross the last hills of the Pennines however, and struck the ground at Birchenough Hill near the village of Wildboarclough in the Peak District with the loss of all on board.

The photo above shows the spot where the B17 came to rest, 100 metres from the crash site. 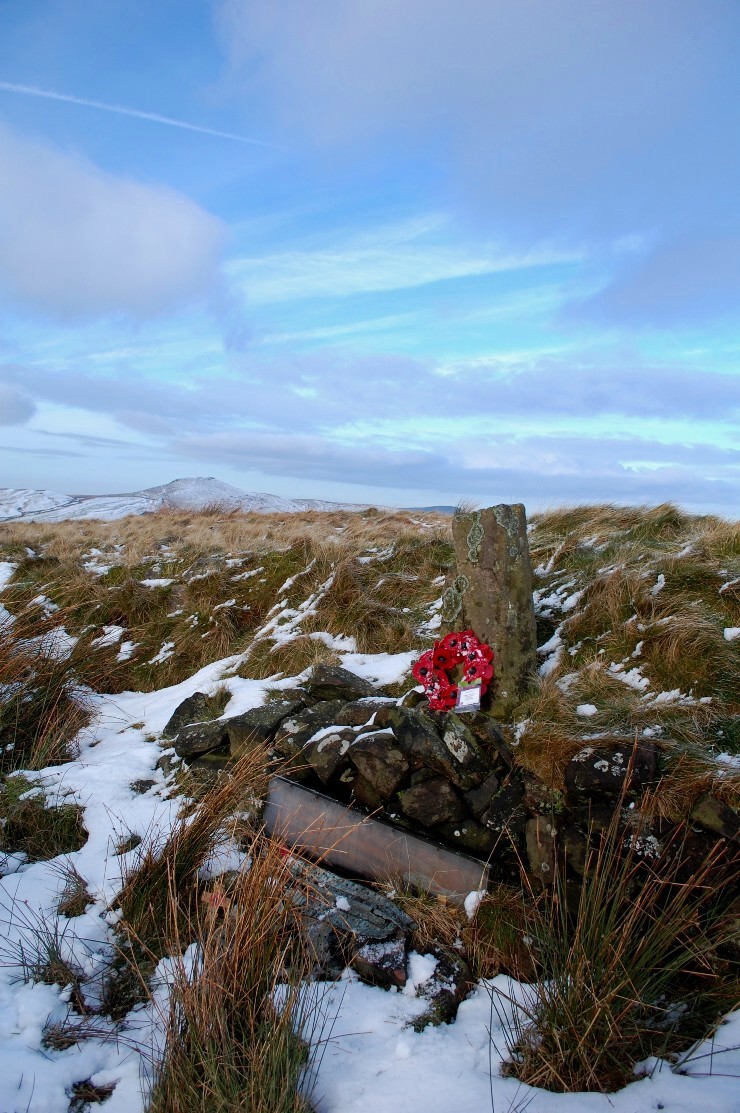 Edit 14 December 2019. It is getting on for 10 years since I visited this crash site, but Amanda Cockcroft has been more recently. She has done some further research regarding the crew over the past 12 months, and has created the plaque with the image of a B17 and the crew names in the centre of this photograph (which she took). Many thanks Amanda! 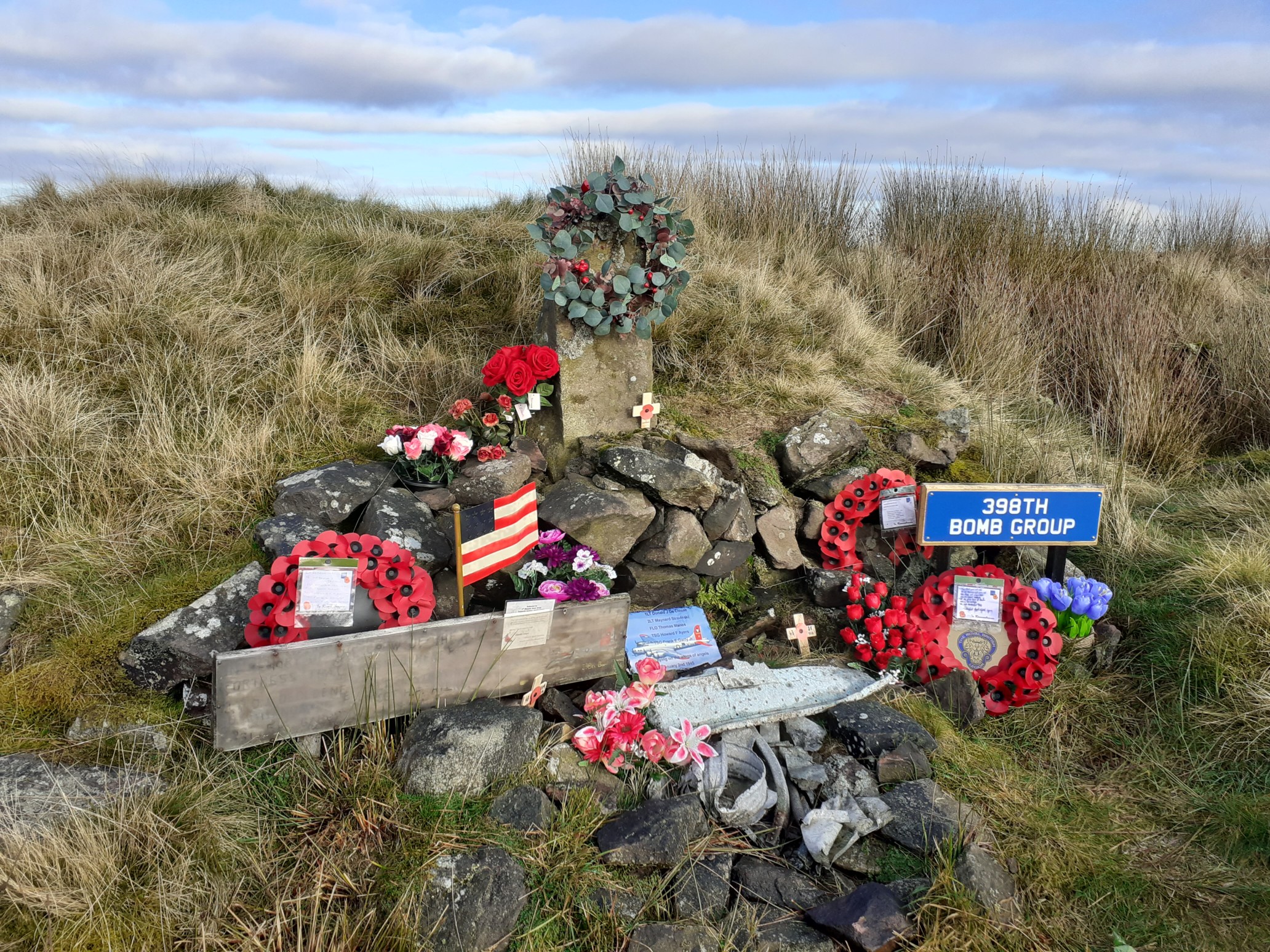