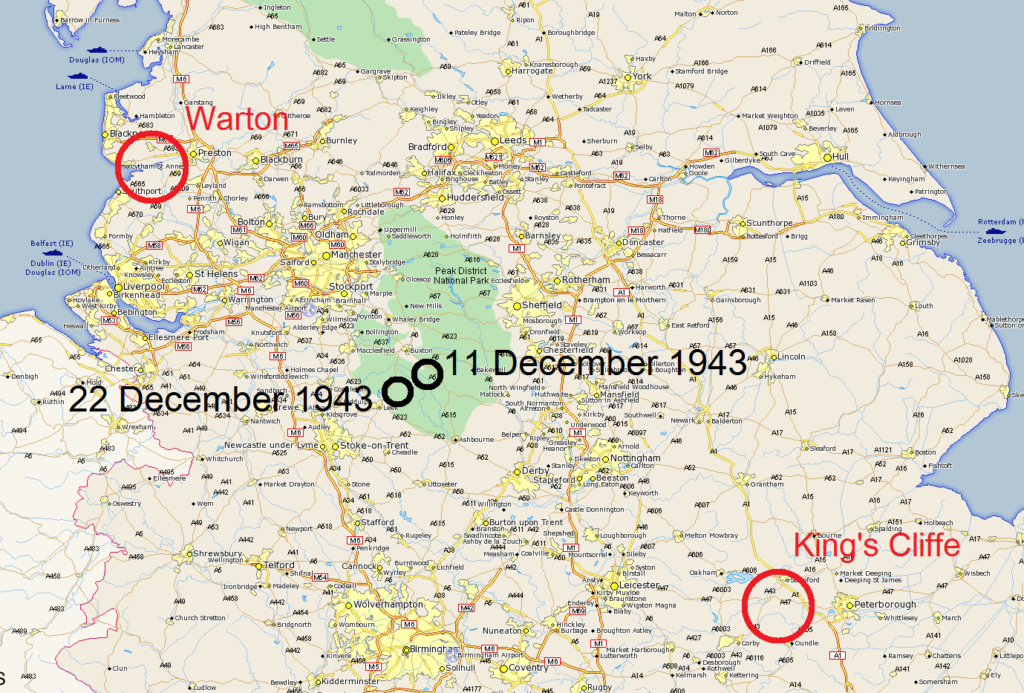 USAAF pilot who crashed (and survived) twice within a fortnight

11 December 1943. USAAF ferry pilot Second Lieutenant Guy A Senesac was delivering a P-38J Lightning to its operational fighter base at RAF King’s Cliffe near Peterborough, flying from the air force depot at RAF Warton, a distance of about 120 miles.

Roughly half way into the flight the starboard engine cut out. 2nd Lt Senesac was at about 1,000 feet and as he attempted to restart the engine, the P-38 lost height. He put full power onto the port engine, hoping to make it to the first airfield he came across but the strain on that one engine caused it to overheat till it too failed.

According to his report, 2 Lt Senesac spotted a field below Cronkston Low and decided to crash land the aircraft (a witness on the ground, a Mr Alan Grindy, said in an interview with Pat Cunningham in 2006 that the aircraft was actually on its second orbit of the field when it crashed).

Cunningham cites the pilot in his report; “My altitude was only two hundred feet at this time and I just had time to turn into the field and land wheels up. I hit the ground at 150 mph, slid about 100 yards and crashed into a stone wall”

He just managed to get out of the cockpit and away from the wreck before the aircraft burst into flames. He ran uphill, leaping across walls and urging those locals first on the scene – his would be rescue party – to take cover as the ammunition began to go off in the fire.

BELOW The field in which 2nd Lt Senesac crash landed his fighter. The wall circled is where the Lighting came to a halt and burst into flames. 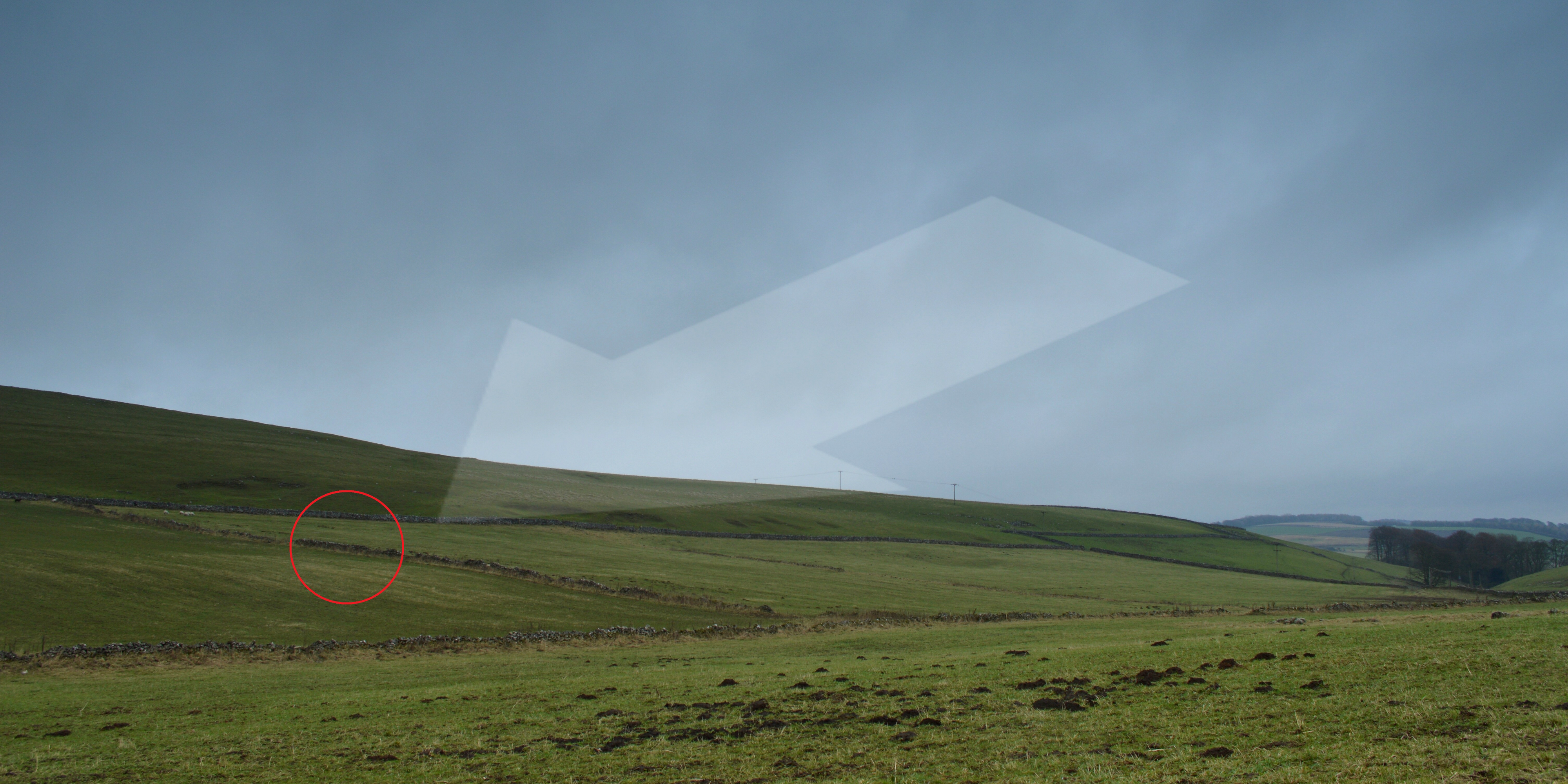 Eleven days later, 2nd Lt Senesac was flying another P-38J from RAF Warton, again delivering it to the same base near Peterborough.

The weather conditions were worse than expected and suddenly finding himself flying in cloud and off course, Second Lieutenant Senesac decided to abort the journey and turn around.

However, his nerves after the previous crash got the better of him, and having to suddenly depend on flying on instruments in thick cloud, he panicked and lost control of his aircraft.

The altimeter told him he was just six hundred feet above the ground so he tried to climb but he reported later that the needle on the altimeter showed he was somehow losing height. With no time to think more about it, 2nd Lt Senesac bailed out.

The canopy of his parachute just had time to open before he struck the ground near the top of Merryton Low, about 800 metres from where his aircraft dived into the ground.

BELOW Trig point on Merryton Low looking towards the spot where 2nd Lt Senesac landed with a bump. The plaque on the trig point has nothing to do with the crash, it is an unusual memorial to 4 local men killed during the war. 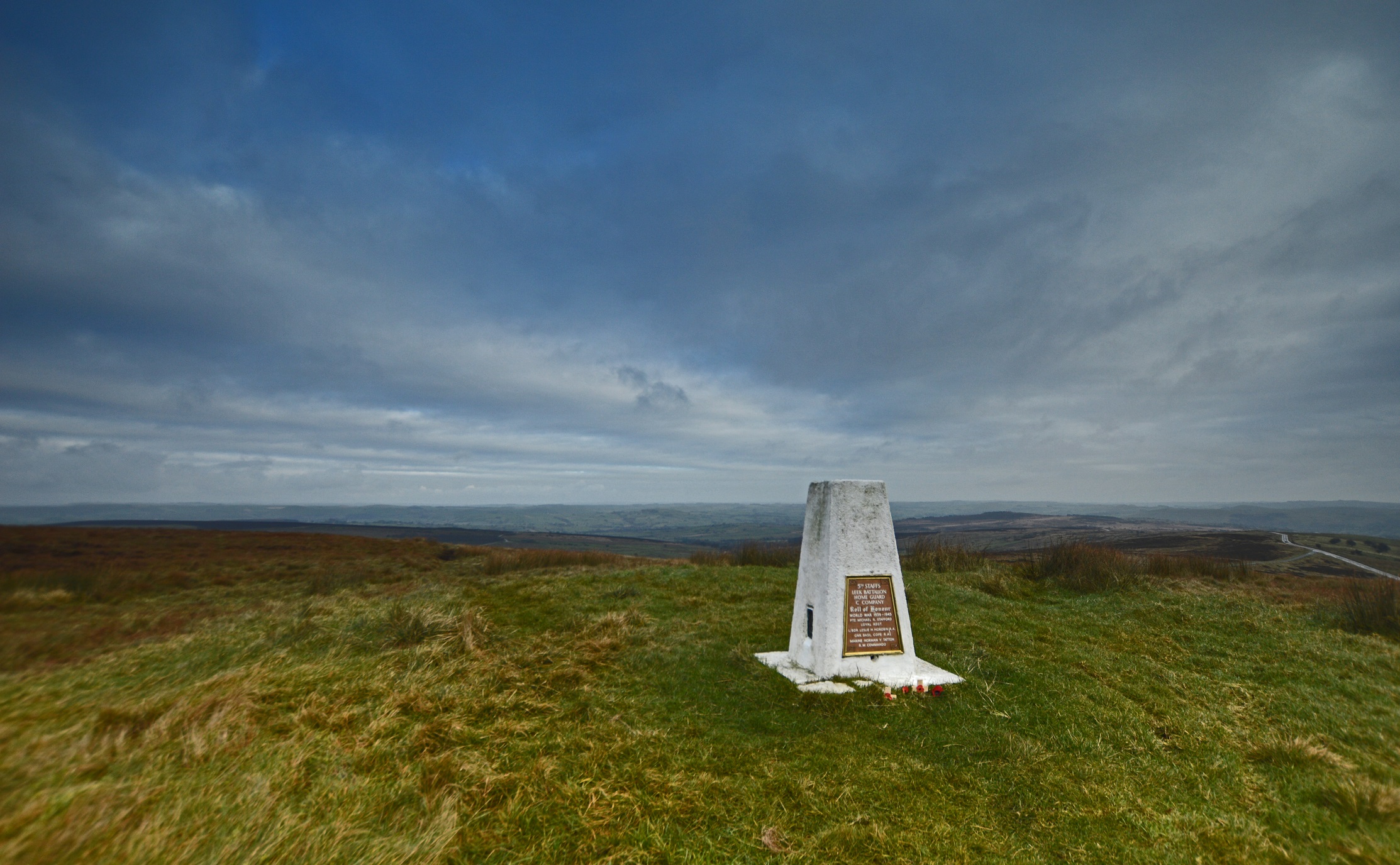 BELOW My attempt at a map showing the two crash sites just 5 miles apart.

Google map of this part of the Peak District

His career after this second crash is not known but the investigation report seems to have been more gentle with him than the first, attributing the second crash to nerves after the first.

There is not much to be seen at either site now. Photos taken on Merryton Low a few years ago show a small circle of stones with some scraps of debris remaining but the stones have been kicked about and I found just one lump of molten metal in the long grass nearby. Cunningham reports some debris found at the site near Cronkston Low.

BELOW The spot where the P-38 crashed, the one lump of debris I found is on the map. 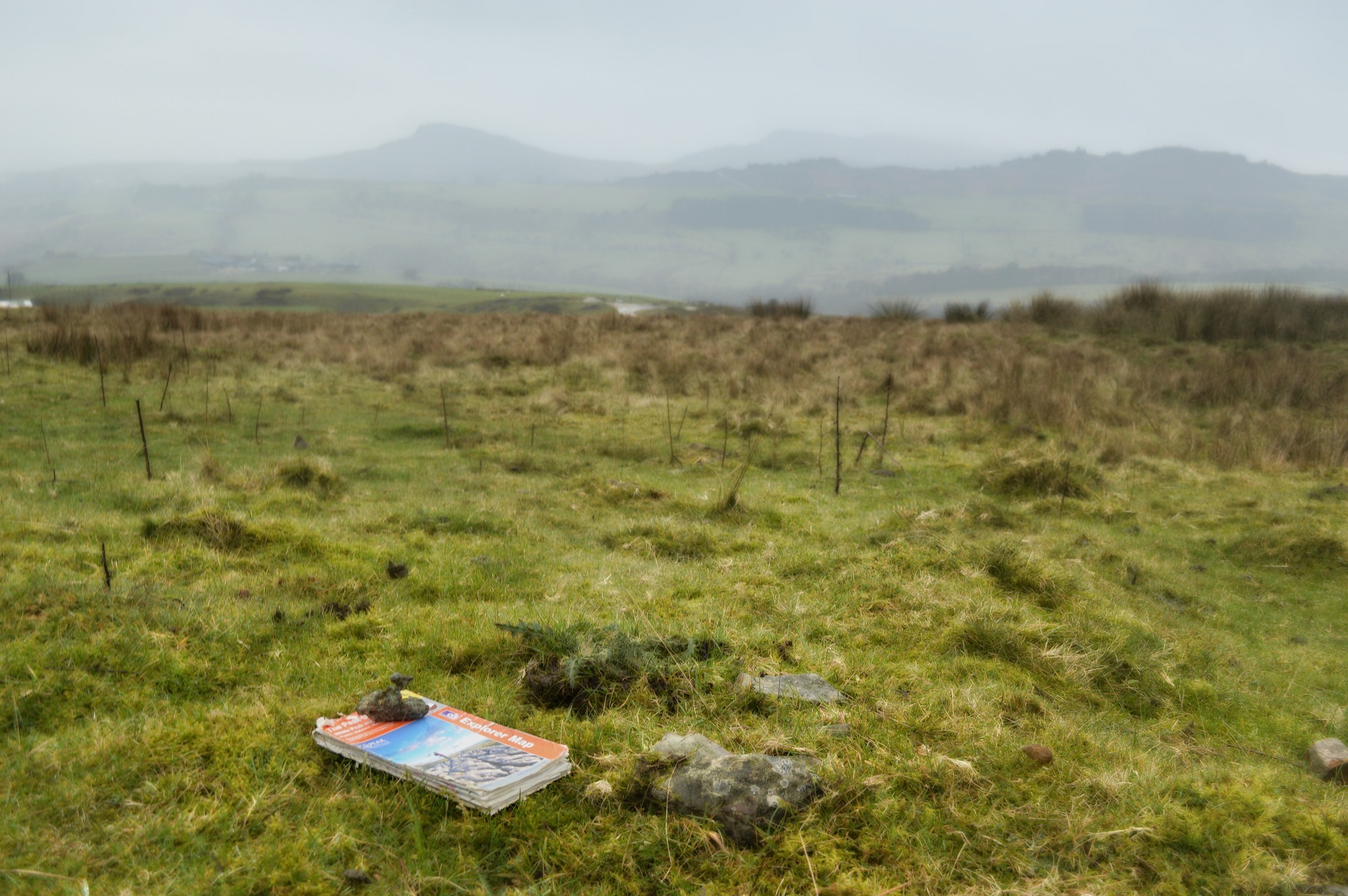 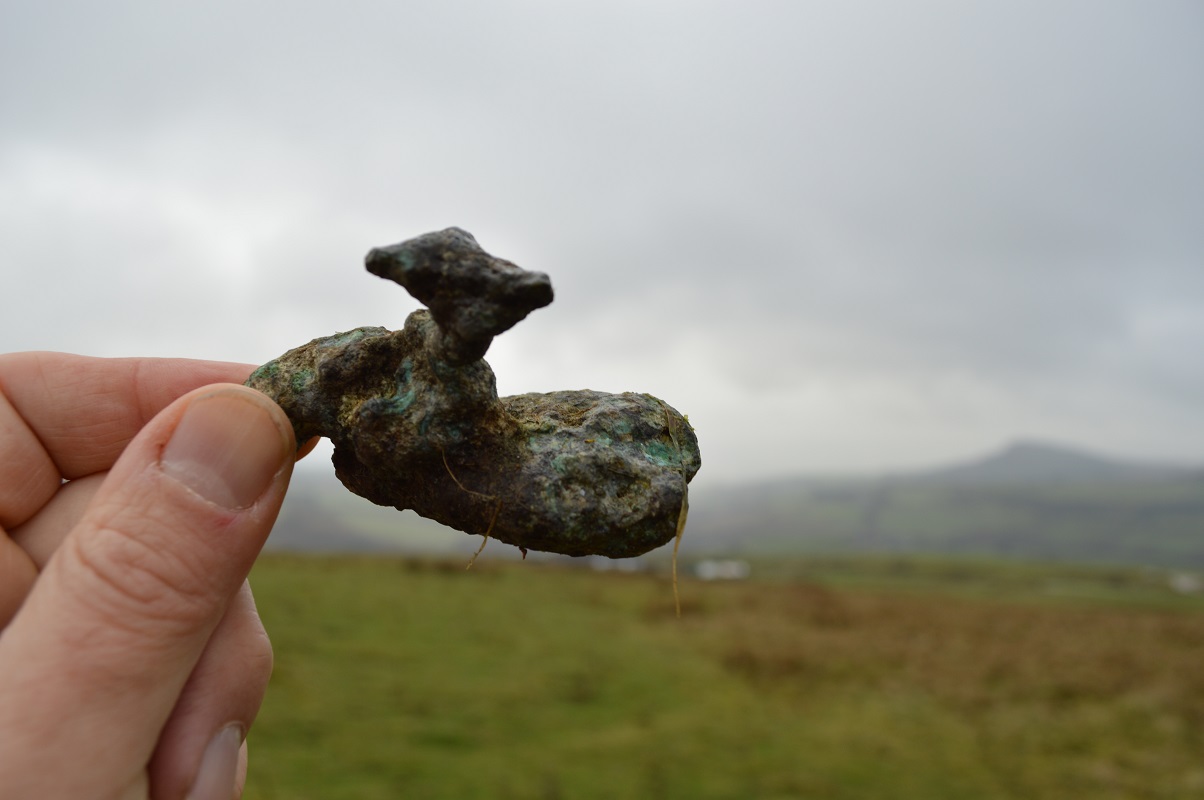 The two aircraft were close in serial numbers too, the prefix numbers ’42’ representing the fiscal year of 1942 and the numbers that follow the prefix represent the order in which the aircraft were purchased. The list below from Joe Baugher shows the P-38 Lightnings ordered – and what happened to them – between the two that crashed, 42-67480 and 42-67670.

The reference to ‘Black Sunday’ is with regards ‘Operation Tidal Wave’, a raid in which 53 USAAF aircraft and 660 airmen were lost attacking oil refineries at Ploiești in Romania.

Also note P-38 42-67543 “California Cutie” (photo below) which crashed at the Flying Legends Airshow at Duxford in 1996 with the loss of pilot Michael Bryan Proudfoot. News report of the crash;

At 16 seconds in, the camera pans past a P-51D Mustang on the ground – Big Beautiful Doll, which was lost in a crash at the Flying Legends Airshow in 2011, the pilot fortunately like Second Lieutenant Senesac, bailing out at the last instant and surviving the crash. The Mustang alas didn’t survive. 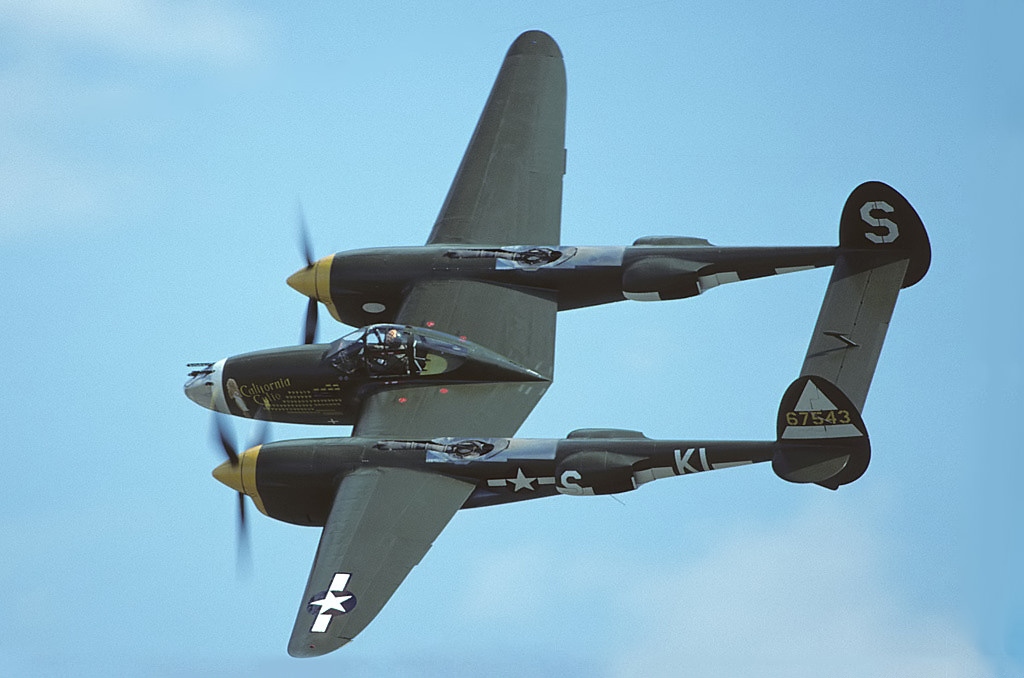 Details below courtesy of joebaugher.com

Map in lead image from iTraveluk