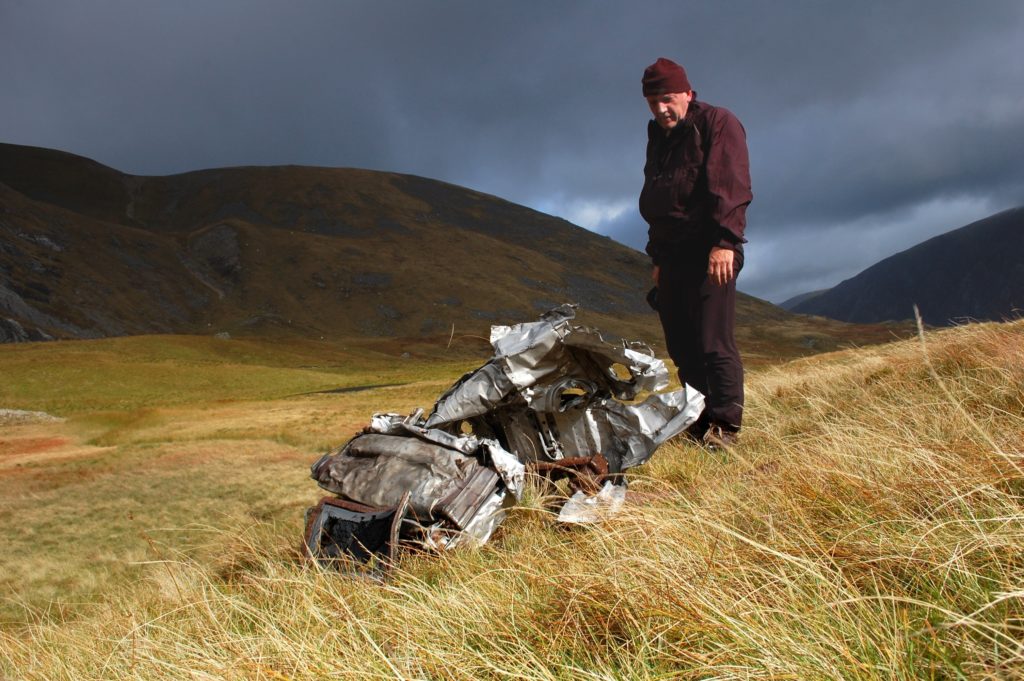 16 brand new B-26 Marauders were being flown from the air base at St Mawgan in Cornwall to the USAAF depot at Burtonwood near Warrington. It was the last leg of a long journey which had taken several days from Morrison Army Airfield in Florida to the south western tip of England via Trinidad, Brazil, Dakar and Marrakech.

Upon arrival at Burtonwood the crews and the aircraft would be dispersed around the country for operational duty.

Marauder 44-68072 and the 5 airmen on board never made it. After take off, the weather deteriorated and while cloud cover obscured their view, winds had pushed the bomber off course and instead of descending to land at Burtonwood at the expected ETA, the aircraft crashed on the summit ridge of Y Garn in the mountains of Snowdonia killing all those on board.

The long southerly journey – using the Mid-Atlantic Air Ferry Route – was designed to keep them from the dangers of winter weather over the north Atlantic. But no matter how safe the trans-Atlantic route, British weather caught them out just 100km from their final destination.

The body of one the crew was found near the summit, the rest were all in the wrecked aircraft which broke up on impact, with the front of the bomber careering over the cliffs of the north face of Y Garn and down into Cwn Cywion where some of the wreckage remains today.

Crew of a B26 Marauder.
image from wikipedia commons; 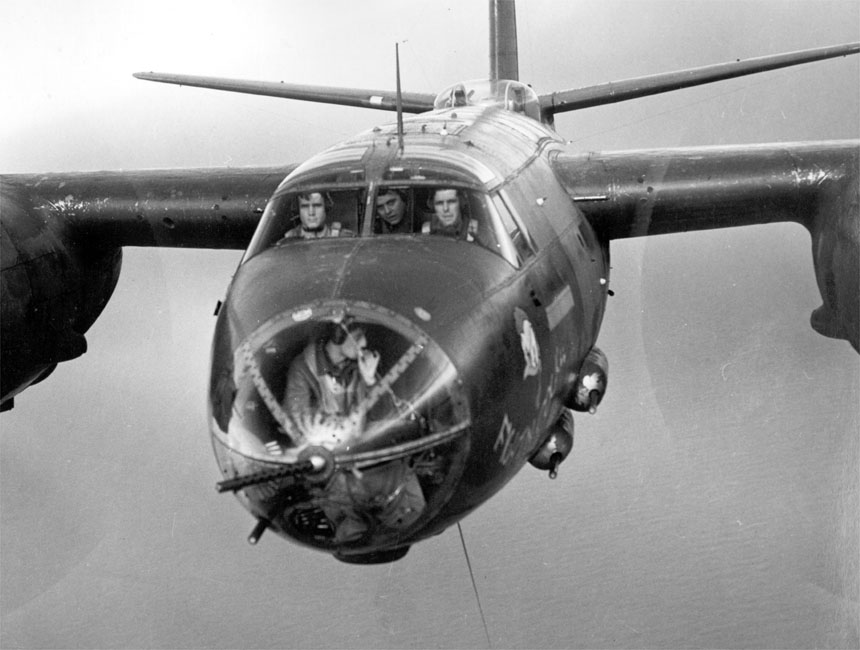 Below; the impact point, looking towards Nant Peris where the body of the airman found here was taken. 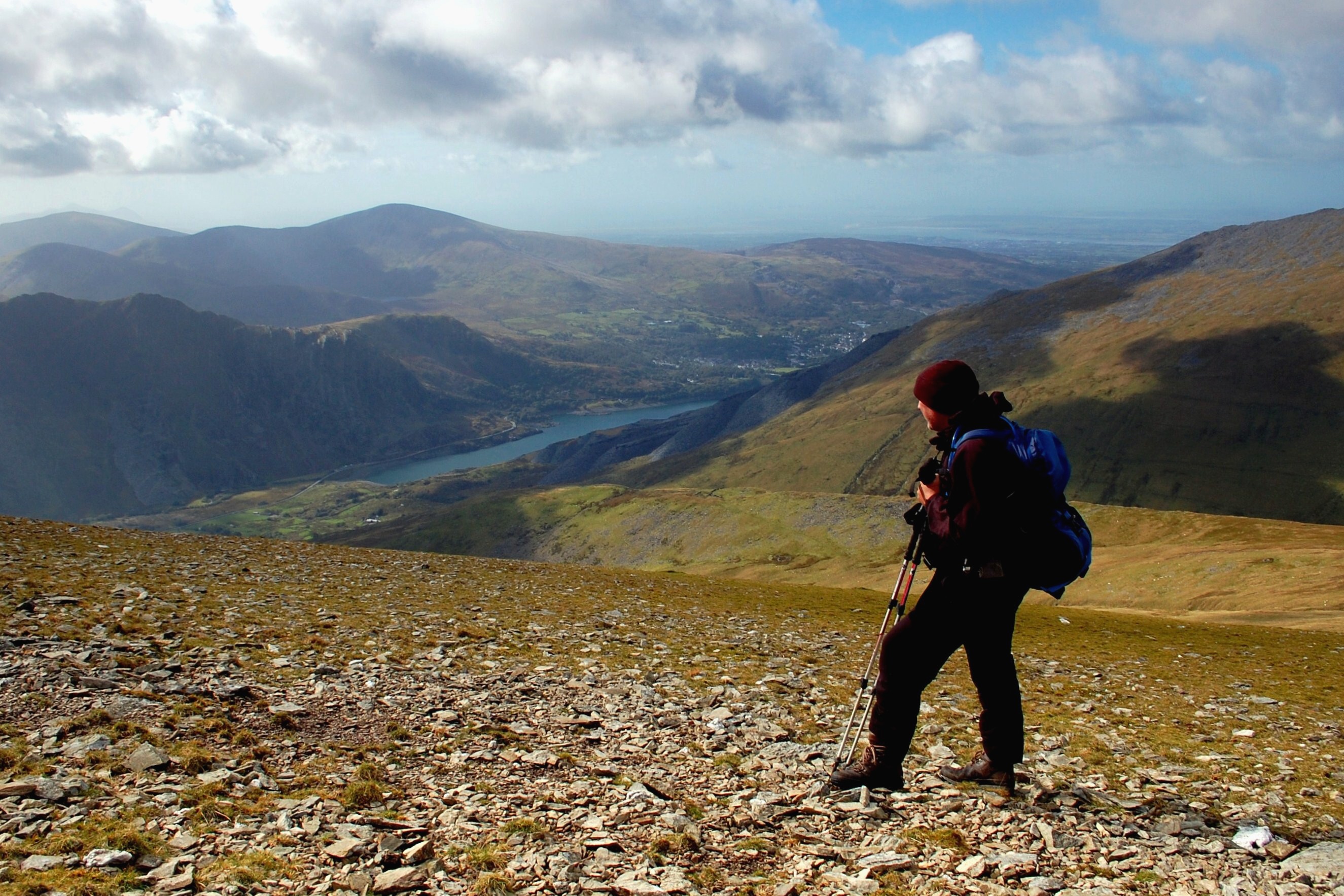 Below; The green arrow shows the impact point. Most of the aircraft went over the cliffs and down into Cwm Cywion. The bodies of the four airmen found there were taken down to Llyn Ogwen. 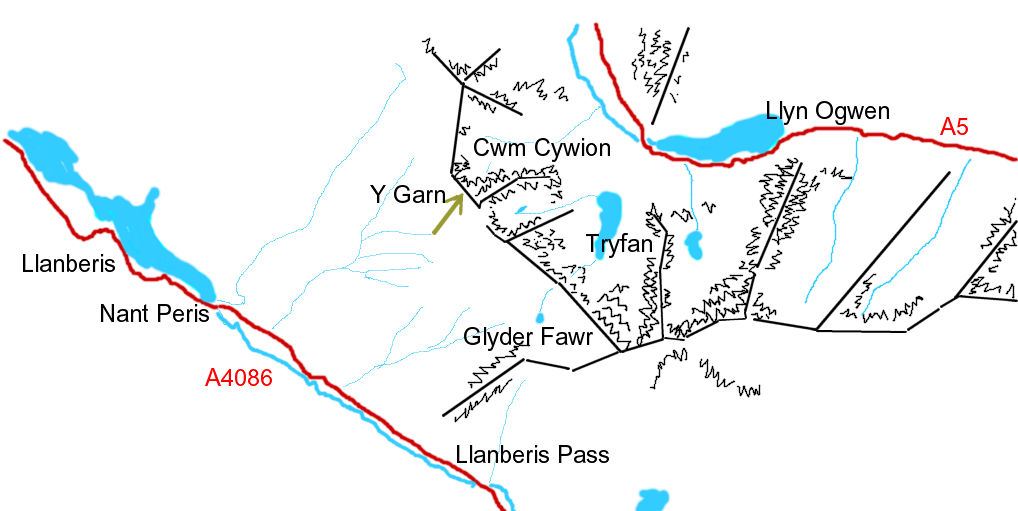 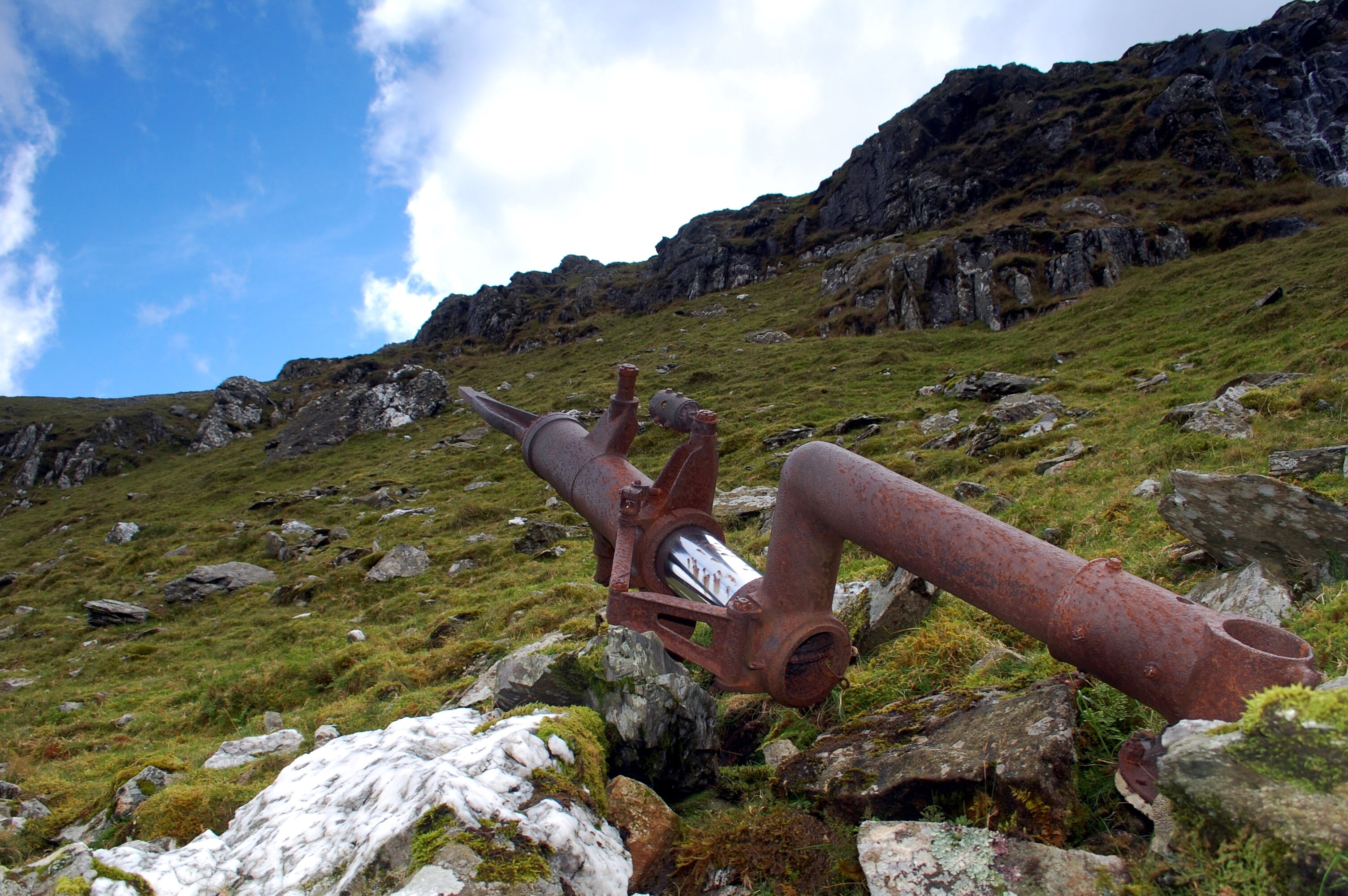 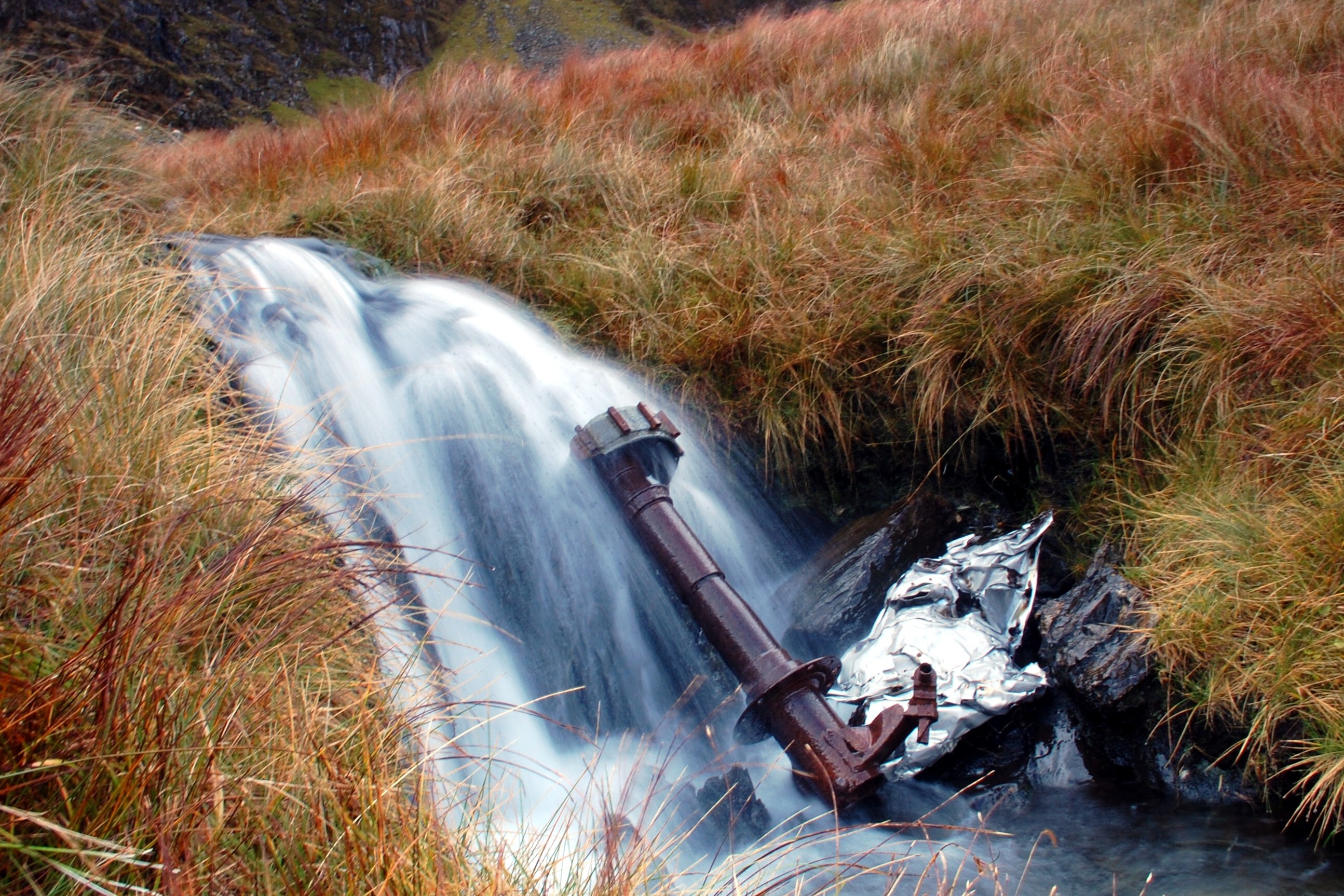