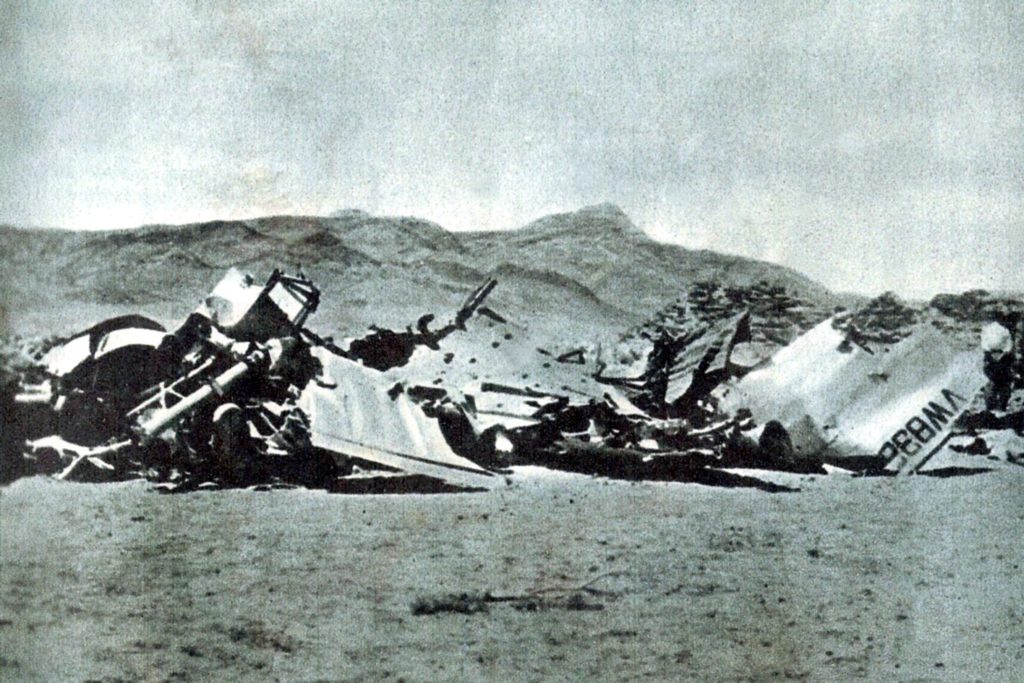 The father of a friend at work was one of the crew members of Valetta VW832 which crashed at Queria in Jordan with the loss of all on board. Fl Lt Wilkinson was aged 36 and from Hebden Bridge in Yorkshire. He had previously served with the RAF during the war as a navigator with Bomber Command.

On the morning of 17th April, 1957, VW832 took off from Aqaba in the south of Jordan heading north east for RAF Habbaniya, which is about 50 miles west of Baghdad, Iraq. There were 23 passengers on board, soldiers with the 10th Royal Hussars mostly.

Valetta VW832 was transferring the troops to RAF Habbaniya as part of the withdrawal of forces, though the British would also have to leave Iraq a couple of years later following the coup in 1958. Jordan had been under British control since the end of WW1, and although later regaining independence, the British maintained military bases there. However, by the mid 50’s, unrest in the Middle East began to make the news and the Brits were asked to leave Jordan following the Suez Crisis. This was one of the first flights out of Jordan.

Encountering severe air turbulence on take-off, VW832 suffered structural damage to the port wing spar, which caused the wing to disintegrate, and the aircraft crashed in the mountains near Queira, barely twenty miles from Aqaba. There were no survivors.

This photo and the one above are from the London Gazette reporting the tragedy. They were buried on a rainy day with full military honours at RAF Habbaniya, their bodies being transported to what had been their original destination. After the British left Iraq, their graves were completely neglected. But since 2005, US forces have made good again and have annually placed poppy wreaths on Remembrance Sunday. It is hoped Iraqi forces will maintain the tradition following US withdrawal from the base. These two photos used with kind permission of E. Wild.

Liz’s parents on their wedding day. Sources vary as to the number of passengers on board, though more recent reports maintain the number was 23.

“My father Gerald Hill served with the X Hussars in Jordan, he told me that on the day he was due to fly home he was diagnosed with food poisoning and this is why he was not on flight VW832. He said food poisoning saved my life, but a lot of his friends died that day, after the crash he had to guard the wreckage and finally came home by ship. He passed away in 1998 after a long illness.”

These 4 photos below by Gerald Hill and used with kind permission of Andrew Hill. RAF Transport Command replaced Dakotas with Valettas (though VW832 was with the Middle East Air Force). The Valetta was based on the Wellington bomber.

I have been contacted by Melanie Andrews, neice of Lance Corporal James Patrick McHugh. She is looking for more photos of her uncle who was killed in the crash. If any readers have any more photos of him, please contact me (email address is on the contact page of this website) and I will upload them with a photo credit. The two below are provided by Melanie and used here with her kind permission. Similarly, if anyone can identify the two other men in the second photo, do let us know.
Thank you,
Ian EDIT 02 JANUARY 2020
3 more photos kindly provided by Andrew Hill showing some of the regiment drinking in the mess, copied below. EDIT 09 JULY 2020
Photo below courtesy of Caroline Gemmell (see comments below) and used with her kind permission.
Caroline says this is “…the altar in Sandhurst Methodist church dedicated to Peter Liddiard. It was commissioned by his mother Iris who was a member of the congregation there, and she died in 2005.”