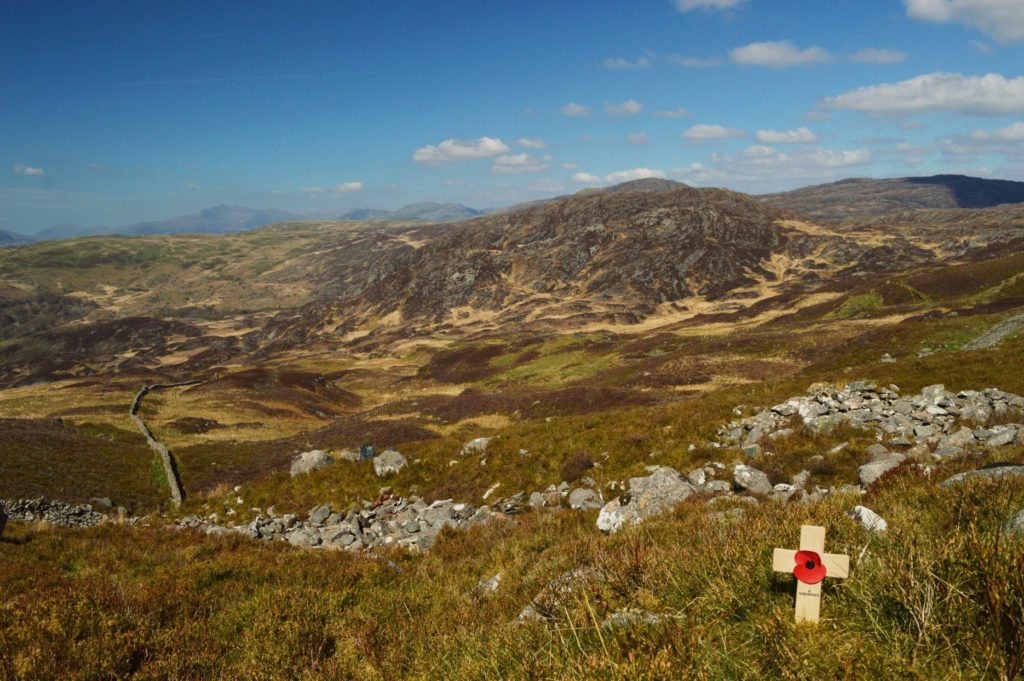 6 February 1945. Lancaster NE132 was on a cross country night navigation exercise when the aircraft broke up in mid-air and crashed to the ground killing all 7 crewmen.

The accident investigation report concluded the aircraft had entered a storm cloud and probably in trying to pull out of a dive, the stresses on the airframe caused it to break up. Such was the force of impact that the bodies of two crew members (F/O Evans and Sgt Gash) were never found. Debris from the crash was found up to 3 miles from the main impact site which is half way up the mountain of Rhinog Fawr, 4 miles south east of Harlech.

In the lead photo, the debris is strewn among the line of rocks running left to right. Much of it is shattered and twisted showing the force of the impact. A scout about to the south and east of the main wreck site will reveal more debris.

Below; Bullet found at the site, twisted by the impact. 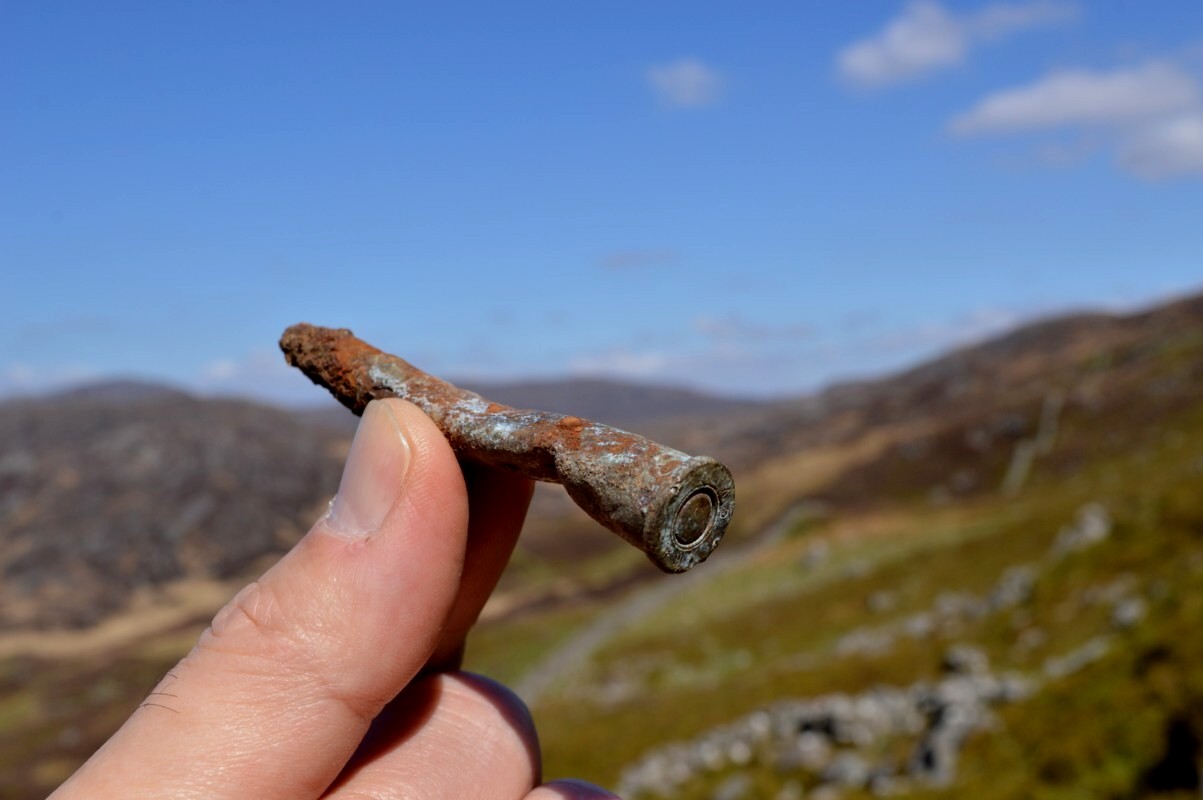 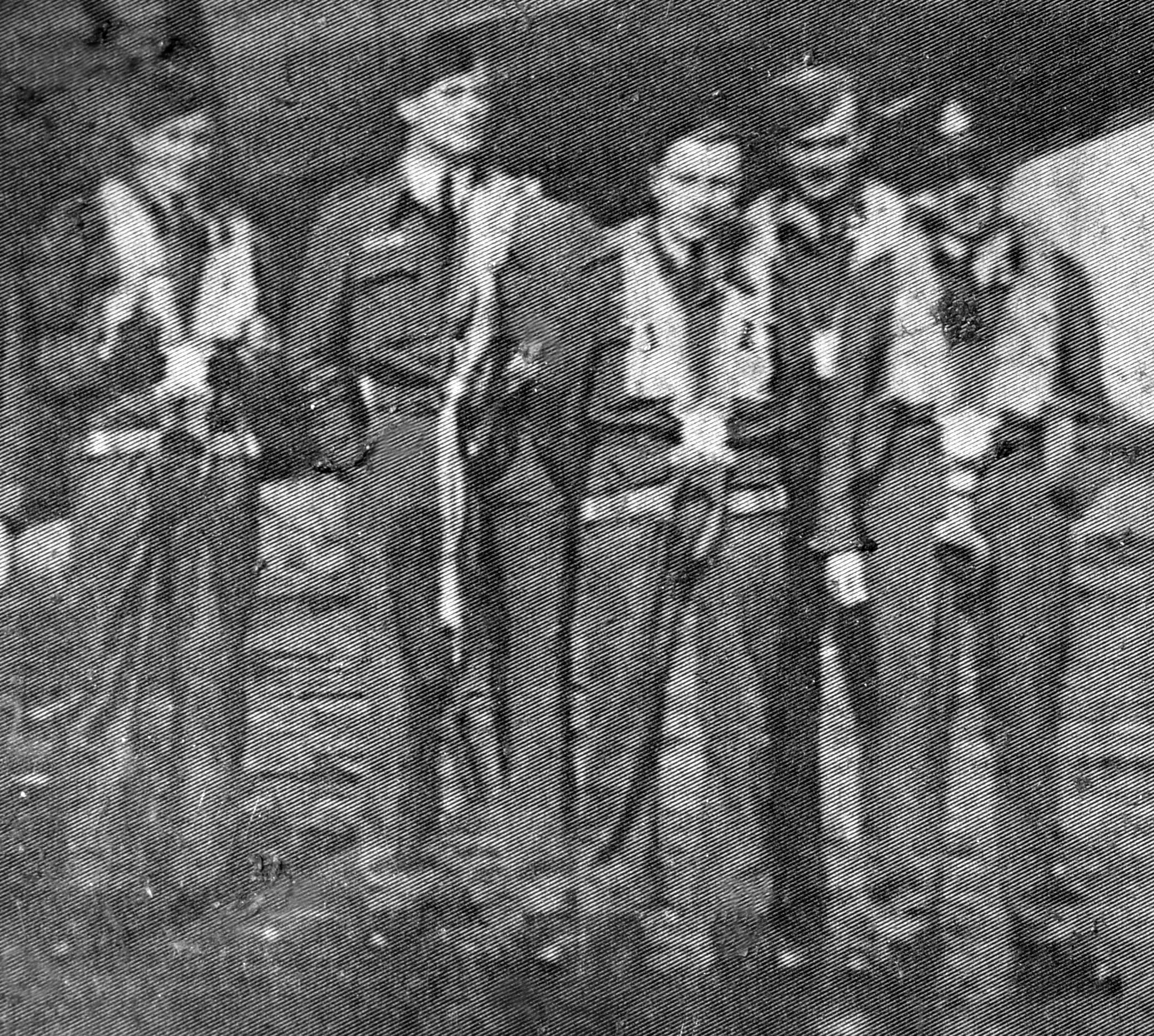 Below; Propeller hub with remains of prop blade still visible. 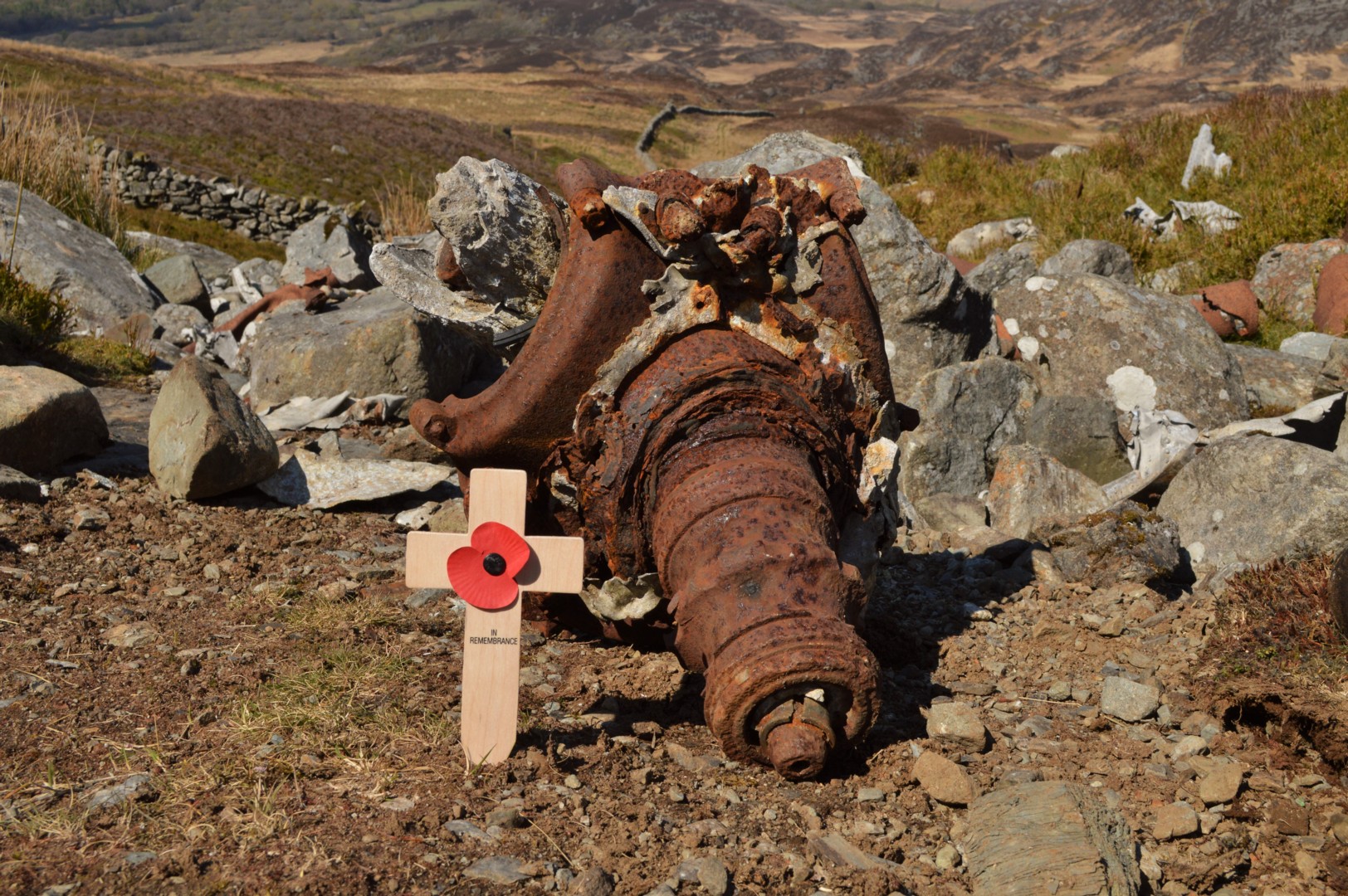