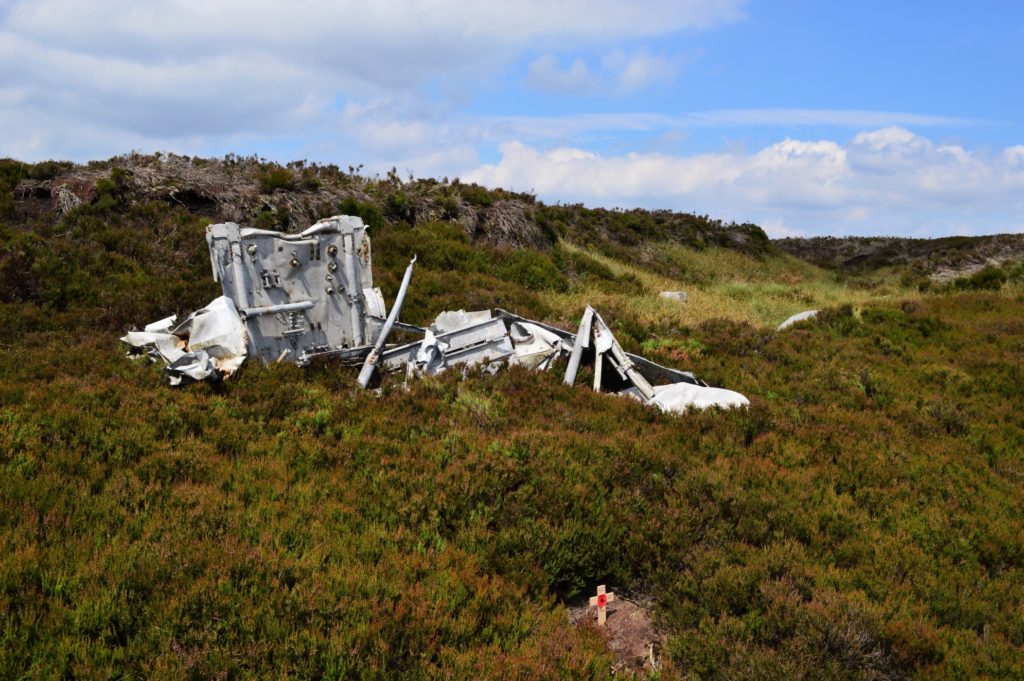 Heavy Conversion Units were used to train crews in the use of 4 engined bombers. On 12th July 1943, Halifax DG404 had taken off from RAF Rufforth near York on a night time cross country training exercise. However the aircraft encountered severe weather conditions and at around 2 o’clock in the morning one of the engines packed in, and pilot Flying Officer Barber decided to attempt an emergency landing on the moors north west of Pately Bridge in Yorkshire.

Alas the aircraft crashed in the attempt. Three of the seven man crew were killed in the crash or in the hours immediately afterwards. The flight engineer, Sergeant Hall, managed to get down to a farm at the hamlet of Heathfield whereupon he raised the alarm.

Below; photo of Halifax DG404 from ‘At the foot of our stairs’ by Paul Skelly.

None of the four injured airmen went on to survive the war. 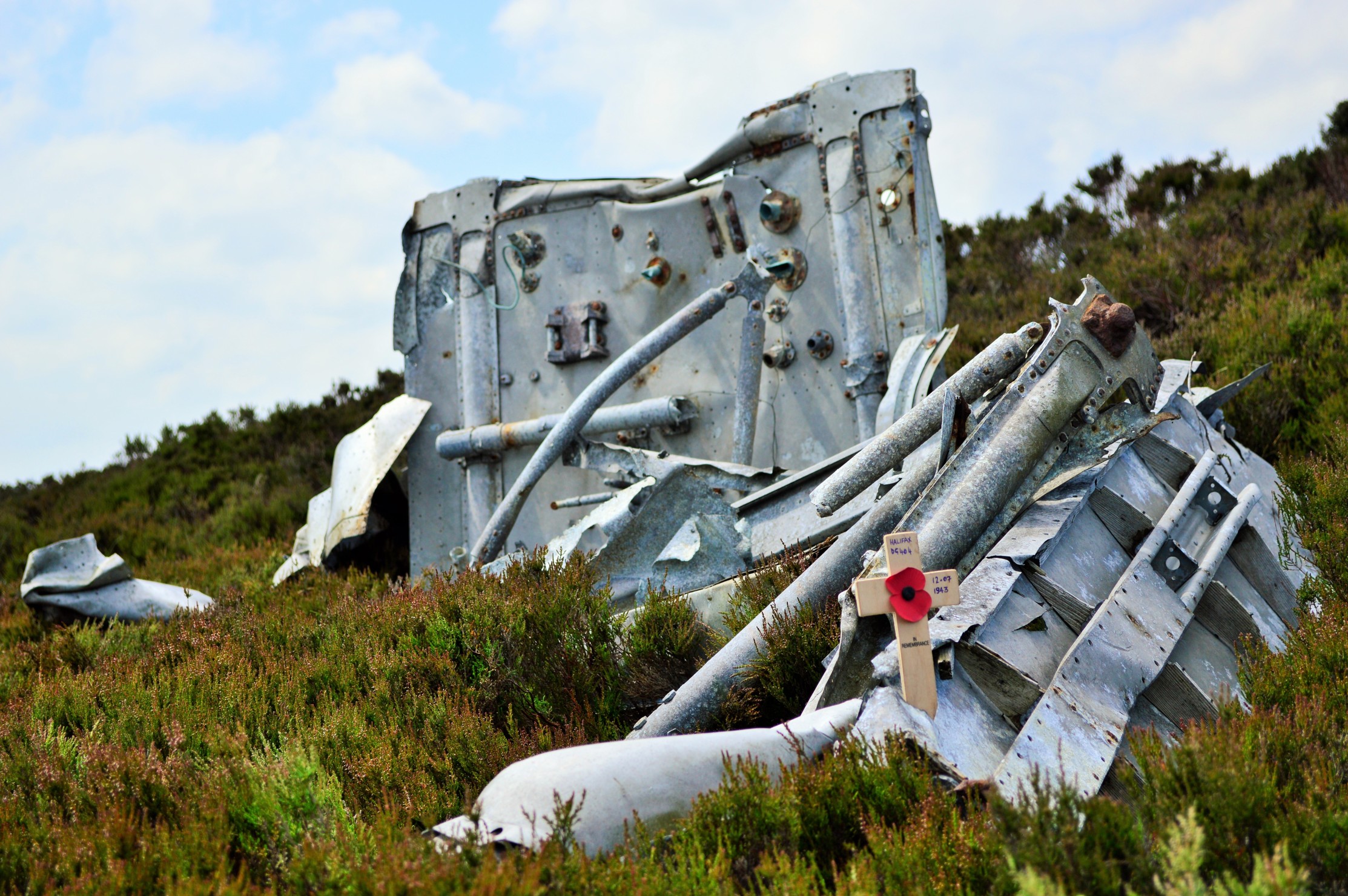 As I was leaving the crash site, a pair of BAE Hawks of 100 Squadron tore directly overhead at low level on a training exercise. The pilots would have been unaware of the scene below but from my perspective it was a private flypast for the crew of DG404.

Below; a Halifax bomber of 1663 HCU. Photo from wikipedia commons. 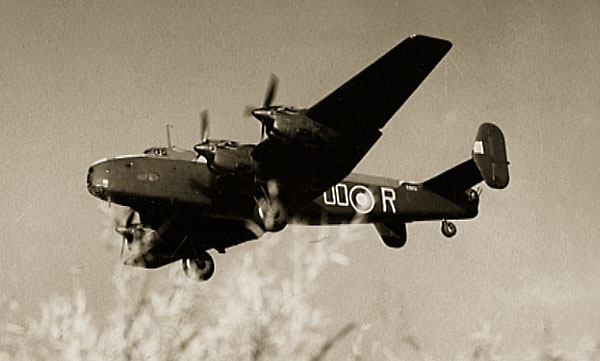 On the way to out to the crash site I passed this stone which has a hot air balloon with the letter M beneath a crown and the date 27 October 1982 carved into it. I have no idea what it represents, have googled around but found nothing. 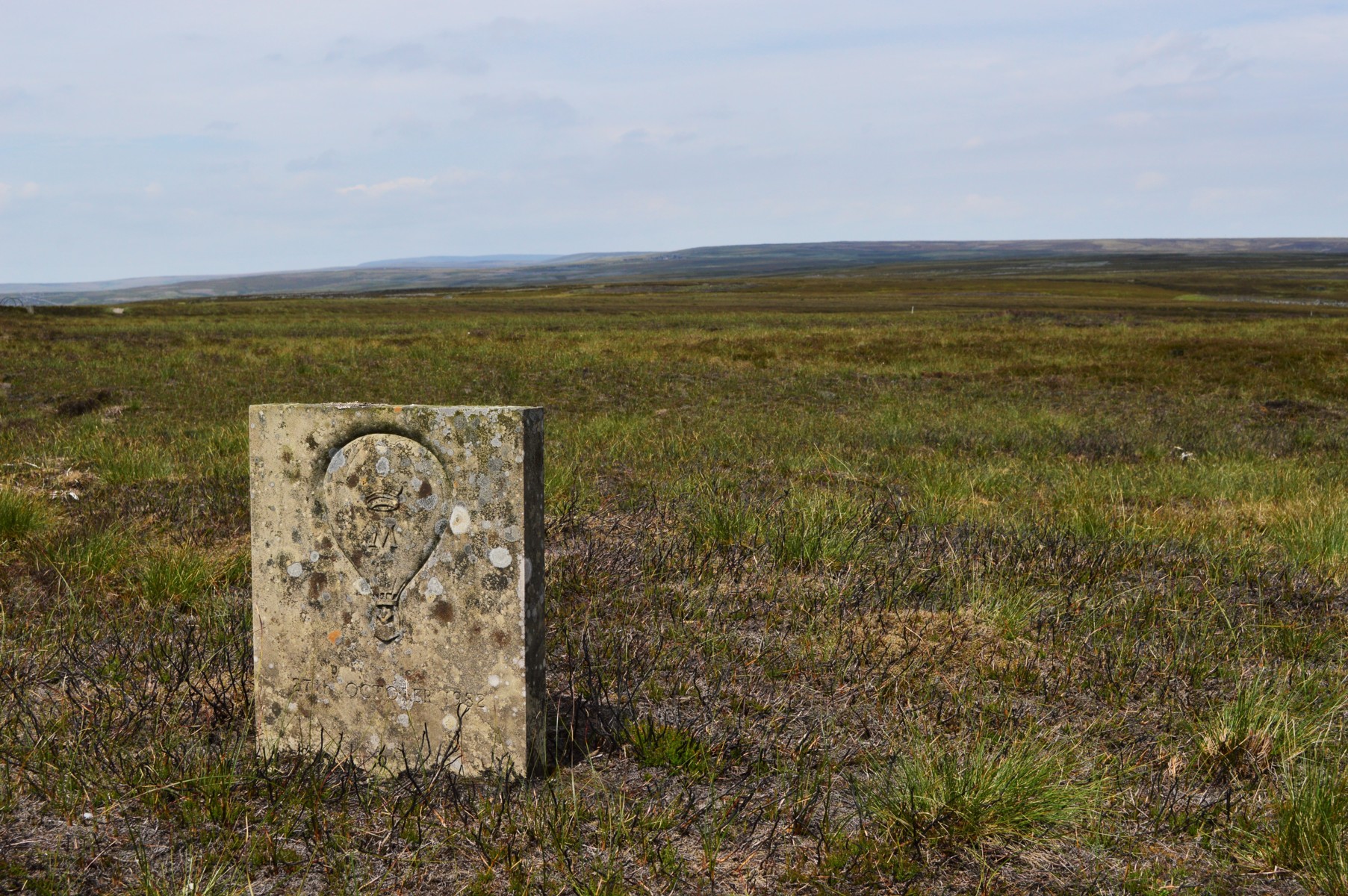 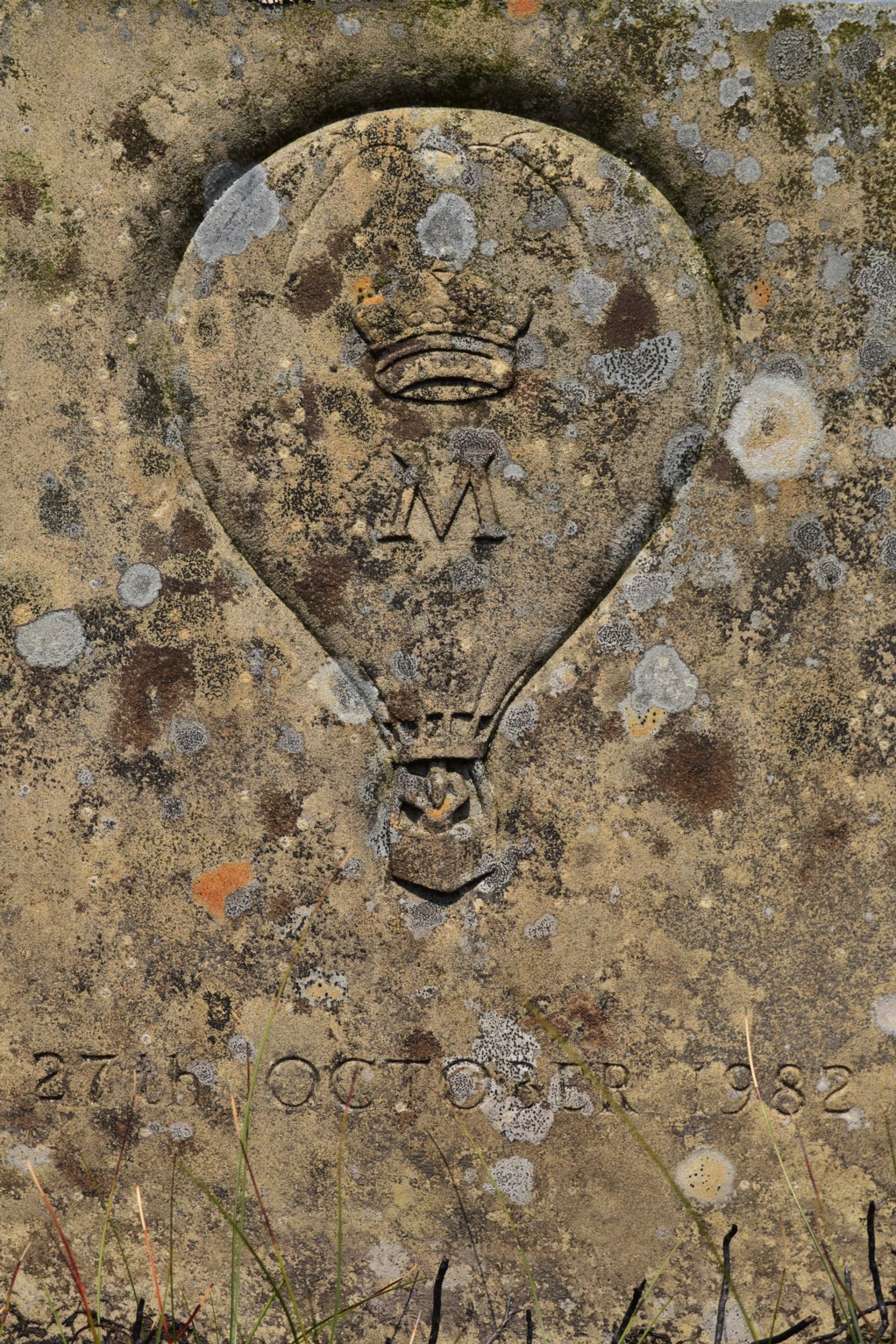 One comment on “Halifax DG404 of 1663 Heavy Conversion Unit”