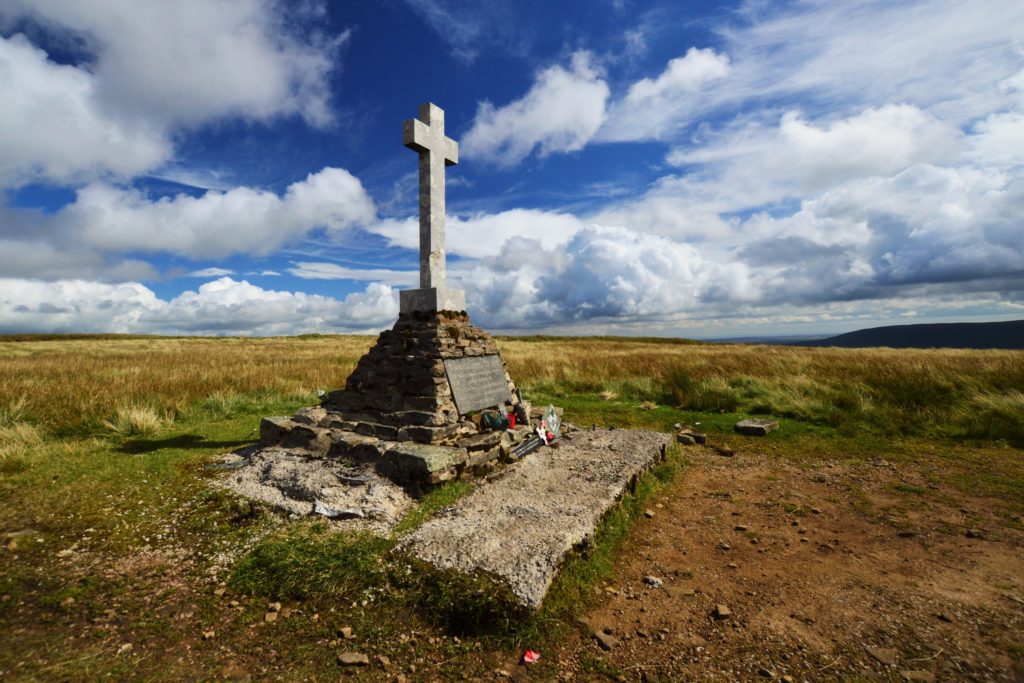 Wellington N2848 (18 OTU) had taken off from RAF Bramcote on a night navigation exercise. The Polish crew of the bomber became lost in the poor weather which descended upon them and, in what is a familiar prelude to these crashes on the hills, the pilot brought the aircraft down through the cloud to try to get a visual fix, not realising they had drifted over high ground. The Wellington struck the dry stone wall running along the ridge of Buckden Pike in the Yorkshire Dales, killing all but Sgt Fusniak and Sgt Sadowski.

Below; debris pool near the spot where N2848 crashed. This view is looking along the ridge wall on the left towards Buckden Pike. 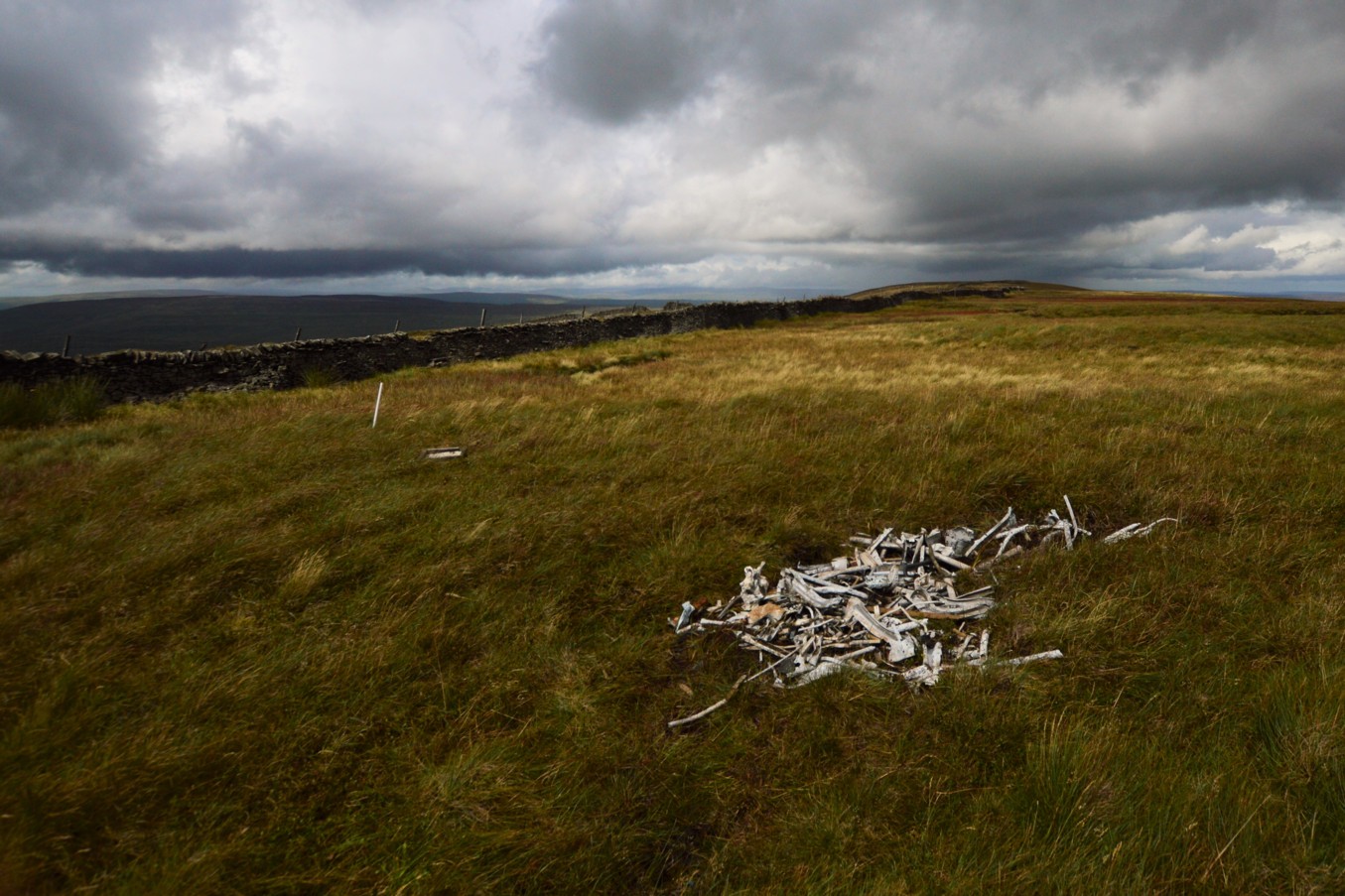 In his story told on buckdenpike.co.uk, Sgt Fusniak managed to find some rations for Sgt Sadowski and make him as comfortable as possible before beginning an epic descent off the hill and through a snowstorm with a broken ankle.

He told of how he started out with his back to the wind but saw a fox’s prints in the snow and decided to follow them hoping they’d lead to a farm. Close to dropping with hypothermia, Sgt Fusniak was seen by Nannie Parker, daughter of the landlord of the White Lion at Cray as he made it to the village. Had he not turned into the wind and the fox footprints, the direction he was heading would have taken him further into the hills.

Because of the heavy snow it was late the next day before a party could arrive at the crashed Wellington whereupon Sgt Sadowski was found to have not survived.

Jozef Fusniak was awarded the British Empire Medal in May of that year. He returned to the scene in the years after the war and decided to build a cross to his fallen comrades.

The memorial cross was made in 1972 and has been repaired once after vandalism and weather damage. There are fragments within the concrete at the base of the memorial and there is a considerable debris pool close by.

Below; close up photos of the debris pool and the memorial. 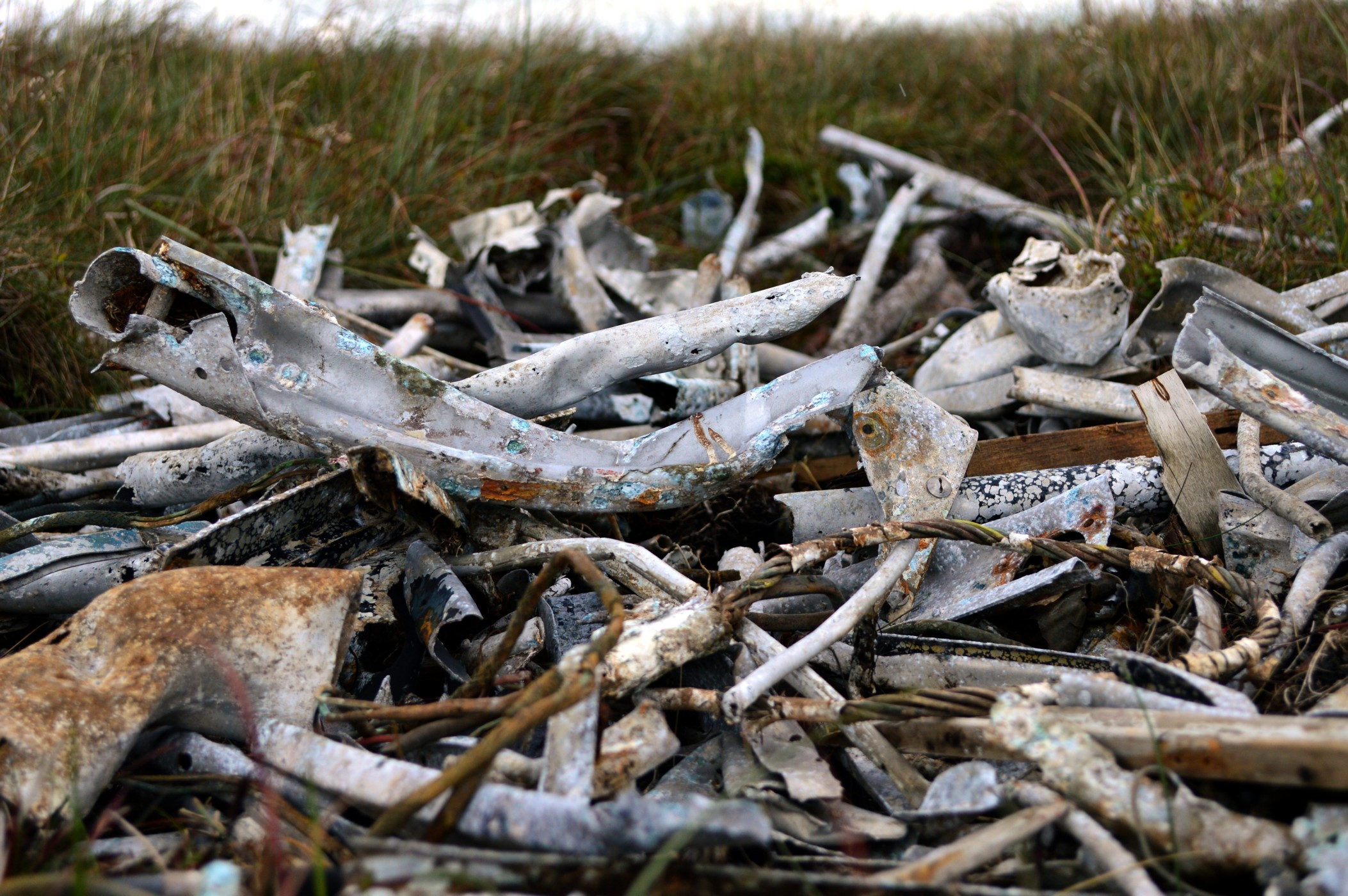 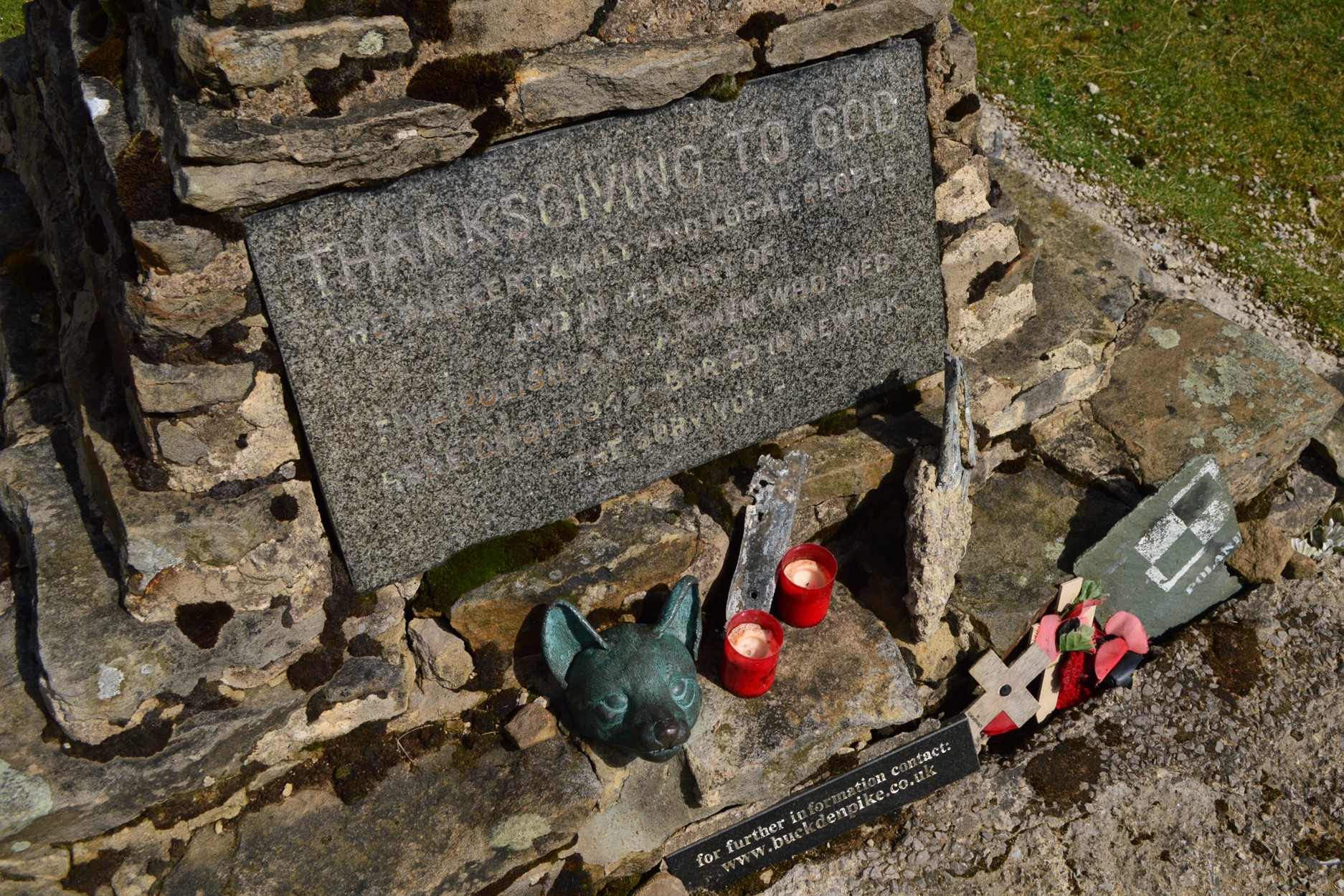