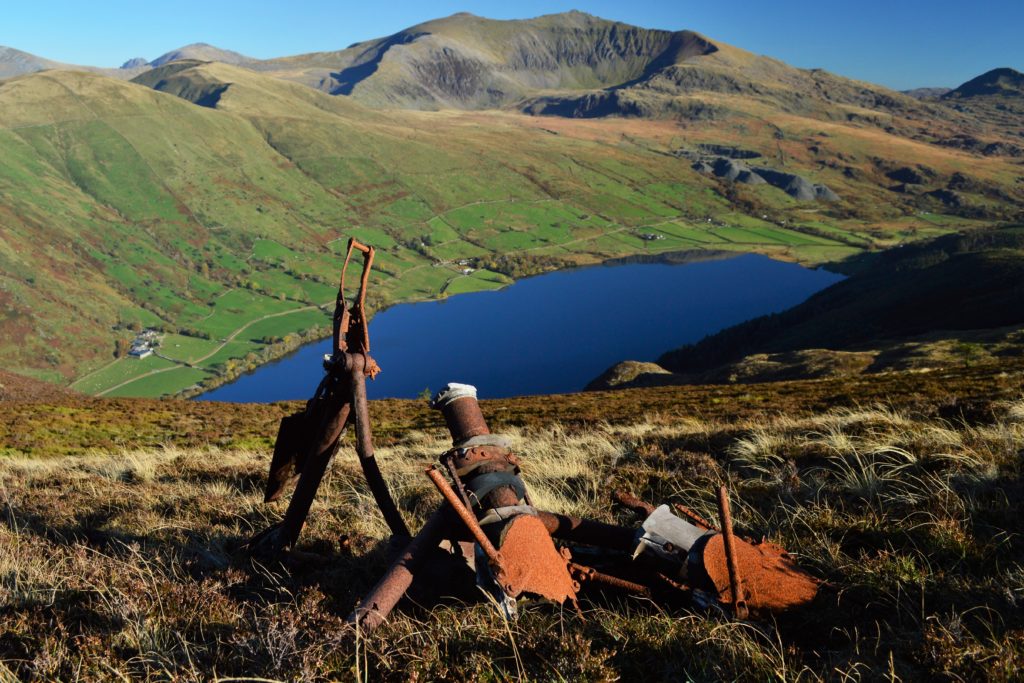 Both crewmen of Mosquito W4088 (51 OTU) were killed when at about 8.30pm on 01 November 1944, their aircraft crashed on Mynydd Mawr near Snowdon in north Wales. The men (the pilot French, the navigator Belgian) were on a navigation training exercise from RAF Cranfield in Bedfordshire.

Visited the crash site on the anniversary of the crash. The photo above, looking across Llyn Cwellyn to Snowdon, shows some of the larger remains from the crash including undercarriage parts. The photo below shows the impact point at which some wood screws can be found among the fragmentary remains.

The remaining wreckage is scattered across the north eastern slopes of the hill.

Below; Impact point on the saddle north east of the summit of Mynydd Mawr 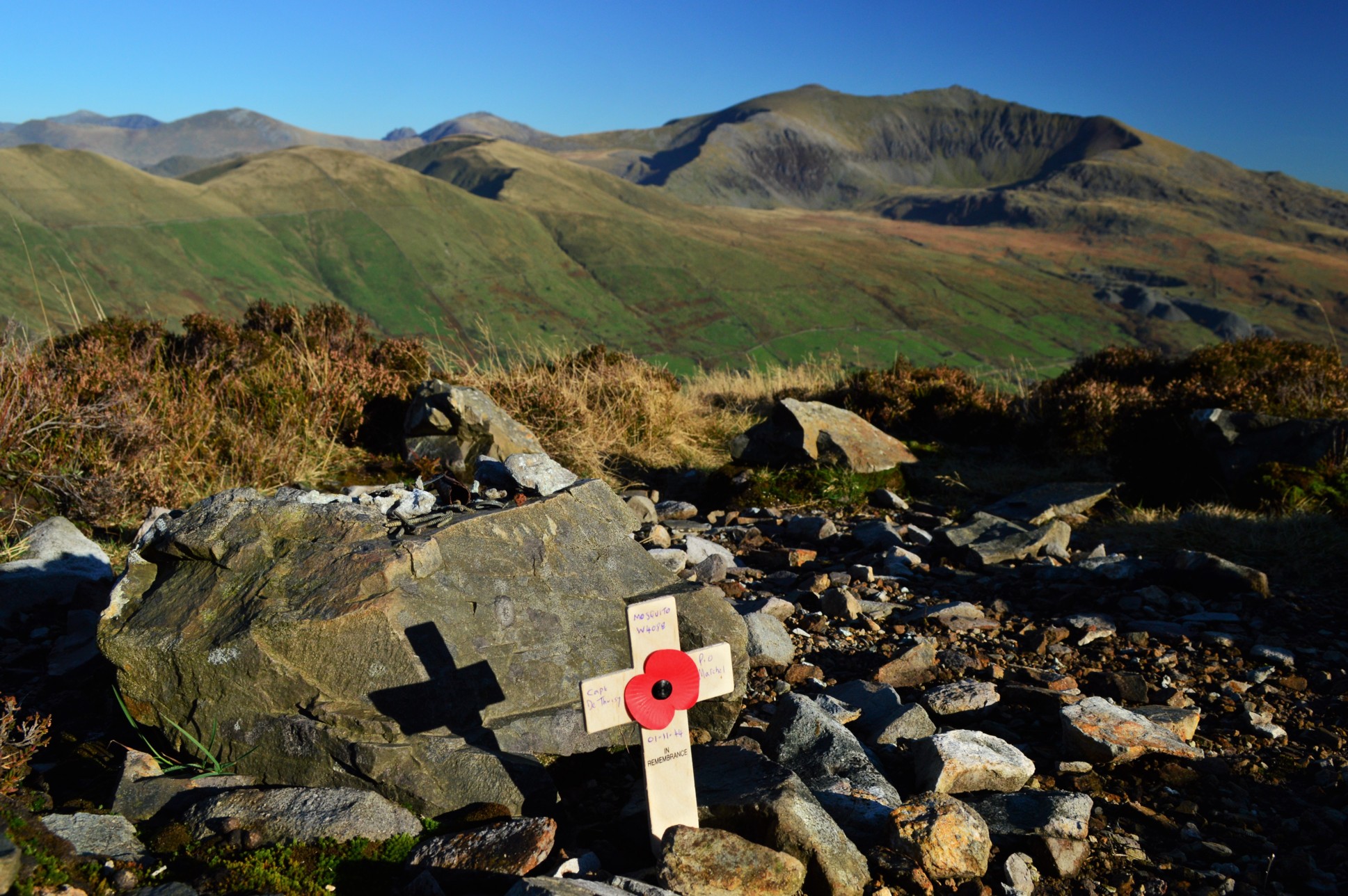 Peakwreckhunters says; The engine has passed through many hands on its way to being a garden ornament in Somerset. See here and here.

P/O Marchal was from Polleur near Verviers, Belgium and is buried at Brussels.

Captain de Thuisy had a distinguished WWII career. These notes and the photo of him are from this site.

Jean Goujon Thuisy was born June 29, 1915 in Geneva, Switzerland.
A student in Political Sciences and Law, he joined the air force March 1938 and in October was promoted to lieutenant reserve. Mobilized upon the declaration of war and during the campaign of France, performed several tasks in difficult conditions.
Refusing defeat on 18 June 1940 he flew from Cognac to England at the controls of an airplane Potez 63.11 which he landed at Lympne, in south-east England.
Engaged in the Free French Air Force, he was assigned to Combat Group 1 and served in Africa from September 1940 to early 1942, completing 35 missions, when was appointed commander of a FFAF squadron based in Syria.
In October 1942, the Group embarked at Suez for Britain arriving in Greenock on 1 January 1943. The group was sent to staff training and he was promoted to captain December 1942.
In September 1943, he joined the Advanced Flying Unit 5 but asked to become a fighter pilot, which was granted. Transfers to 51 Operational Training Unit at RAF Debben.

Captain Jean Goujon de Thuisy was buried in Chester in Britain. In 1949, his body was repatriated to Paris to be buried at the Pere Lachaise cemetery. 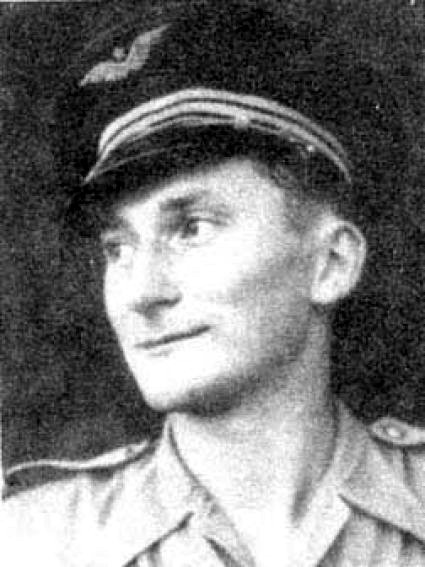