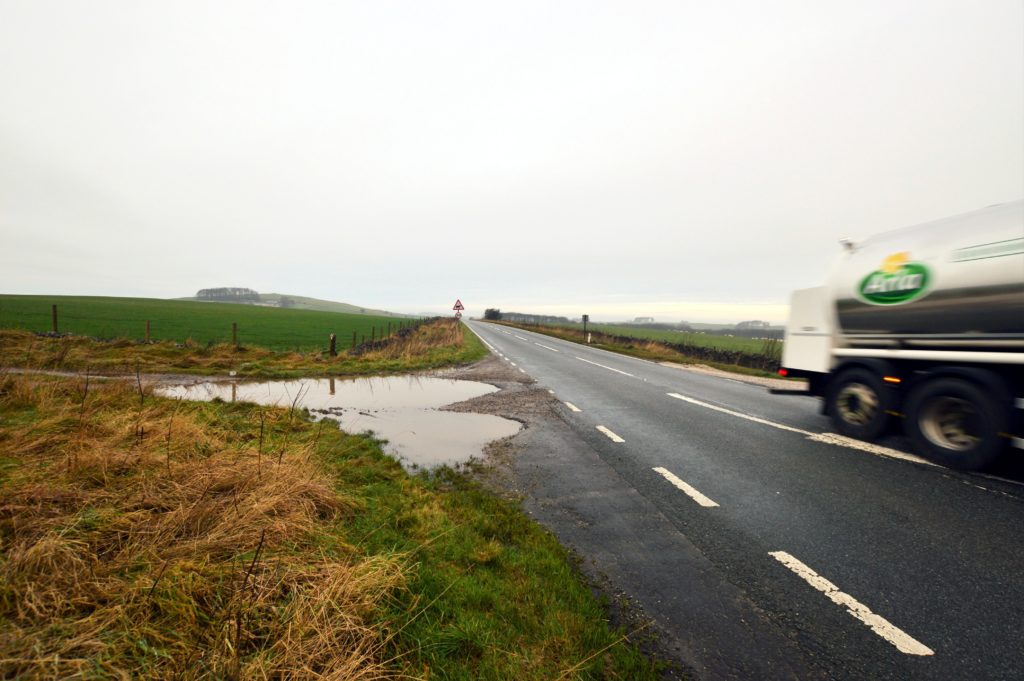 10 April 1943. Wellington DF611 crashed or crash landed in the field on the left in the photo above. The rear turret detached (which probably saved the life of Flt Sgt John Douglas) while the rest of the bomber careered through the wall and across the A515 before bursting into flames in the field on the right. 3 of the 5 crew on board were killed in the crash.

The crew had been on a night time infra-red bombing exercise. Cunningham (2012) says the court of inquiry recorded that the cause of the crash was due to the pilot not letting the navigator know he intended flying below cloud level. Chorley (2002) however says the pilot was trying to land in the field on the left due to loss of engine power but crashed in the attempt.

John Douglas returned to the scene of the crash in 1982.

Ronald James Perrin however, was killed in action just four months after escaping with his life from the wreck of DF611 when Wellington HE464 was shot down by a German nightfighter over the Fresian Islands while returning from a raid on Hamburg. 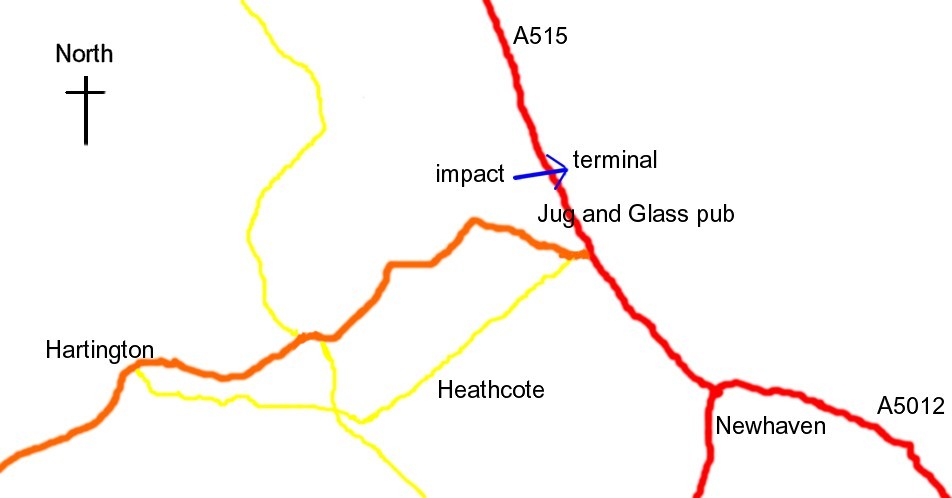 Below; The field in which DF611 came down 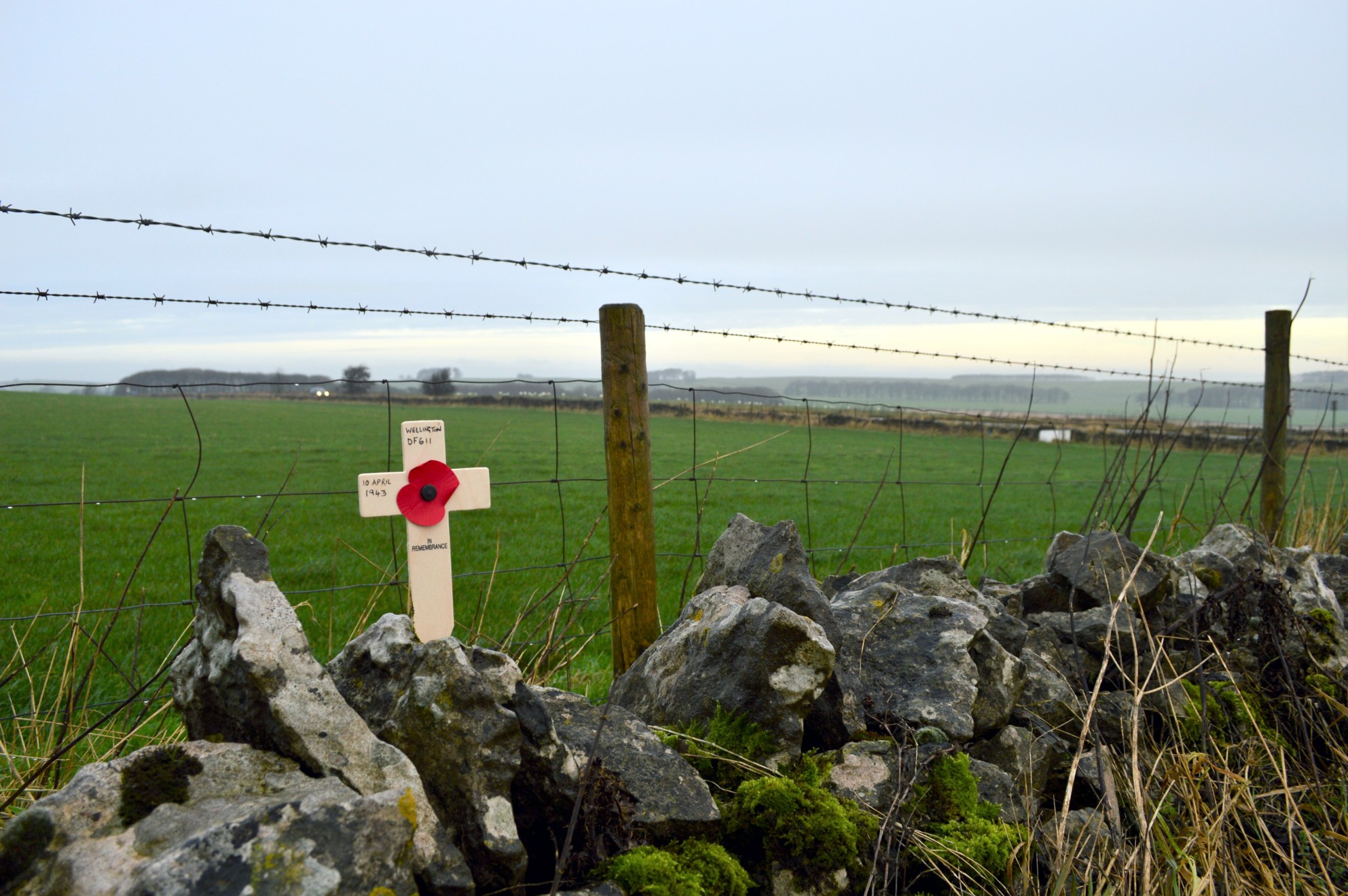