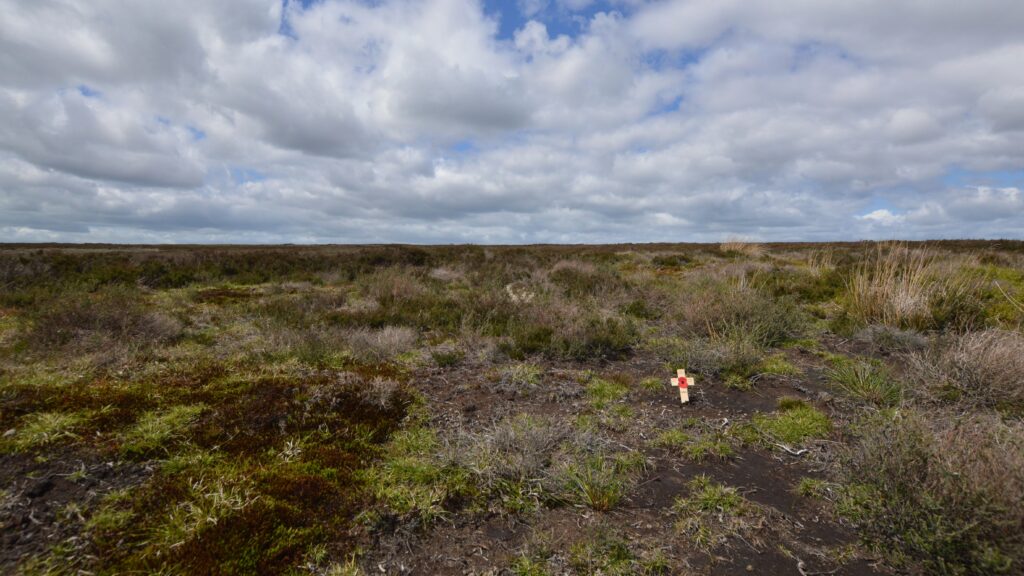 Many references to the crash site of Lancaster KB701 say there is very little surface debris left now. I visited 27 May 2022 using a grid reference provided by UK Air Crash Site Coordinates but found nothing. To be fair, Sean visited the site 12 years before I did and even then found only one small fragment of debris and his grid references are always spot on.

I am not at all certain this is the correct place to leave a poppy cross. If this is the correct spot, it has been scraped clean of remains. I found nothing at all, walking all around the area over and again, looking for the tiniest fragment of debris. There appeared to have been some digging in the area and some stones had obviously been moved.

All crew were killed when the Lancaster crashed on Helmsley Moor in the North York Moors, 08 May 1944. Richard Allenby has written a lot about this air crash, and I would recommend looking at his page which has some photos of the remains of this air crash and a full account of the incident.
Lancaster KB701 on Helmsley Moor