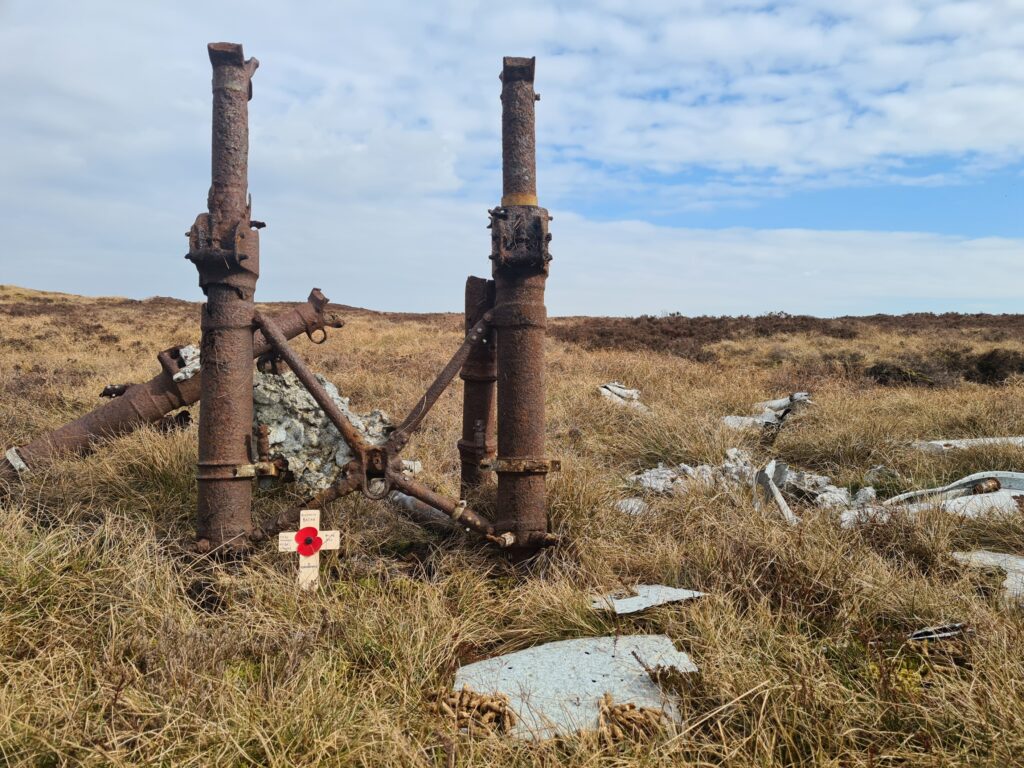 A revisit to a crash site I photographed in 2011 but then accidentally deleted all the photos. I took more care this time.

09 April 1944. Both crewmen, Flight Sergeant Donald L Edmonds and Flight Sergeant James C Stones were killed when their Bristol Blenheim crashed on Bleasdale Moor in the Forest of Bowland. The crew had been on a night-time training exercise flying out of RAF Woodvale, which is north of Formby.

On my previous visit there had been the remains of an old shoe at the site, which one imagines had belonged to one of the crew but I did not see it this time.

The debris can be seen all the way from the track across the moor to the edge of Winny Bank.

As well as fragments of metal scattered across the moor, there are a couple of debris pools, the largest one is just off the track. Grid reference of the terminal site is SD 57924 48254 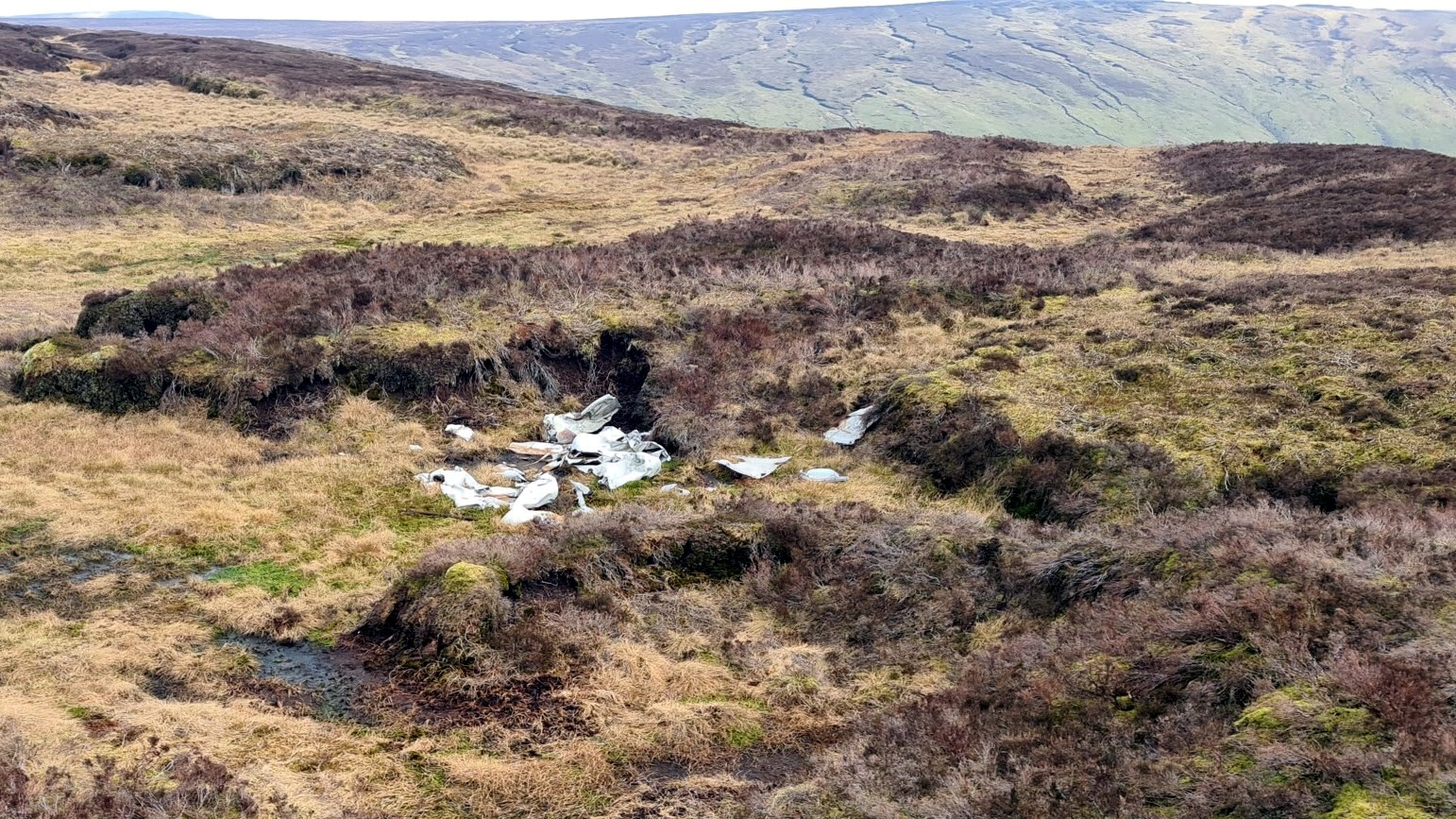 At the side of the track is this memorial stone to the crew and other airmen who were killed in crashes in the area. 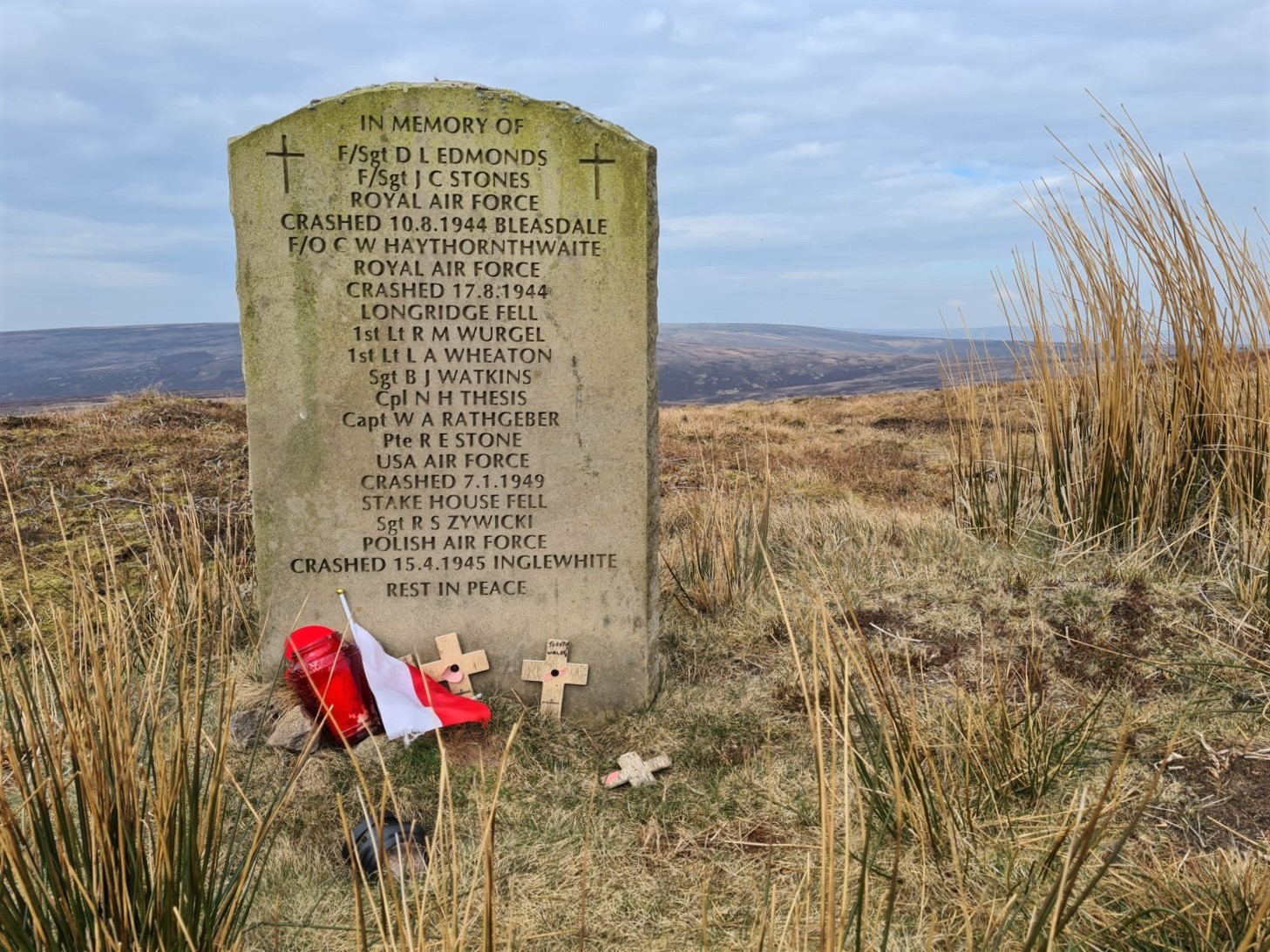 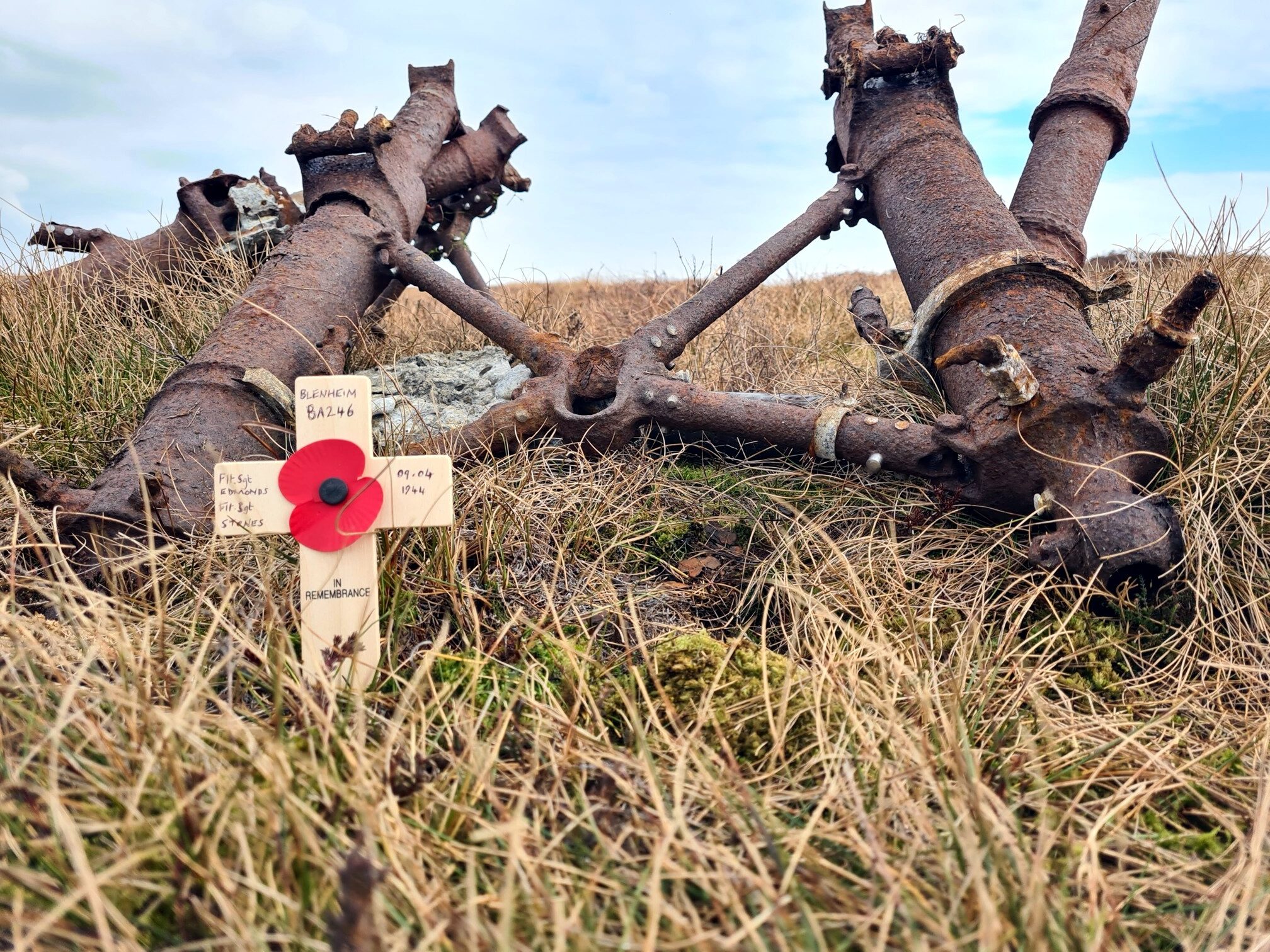