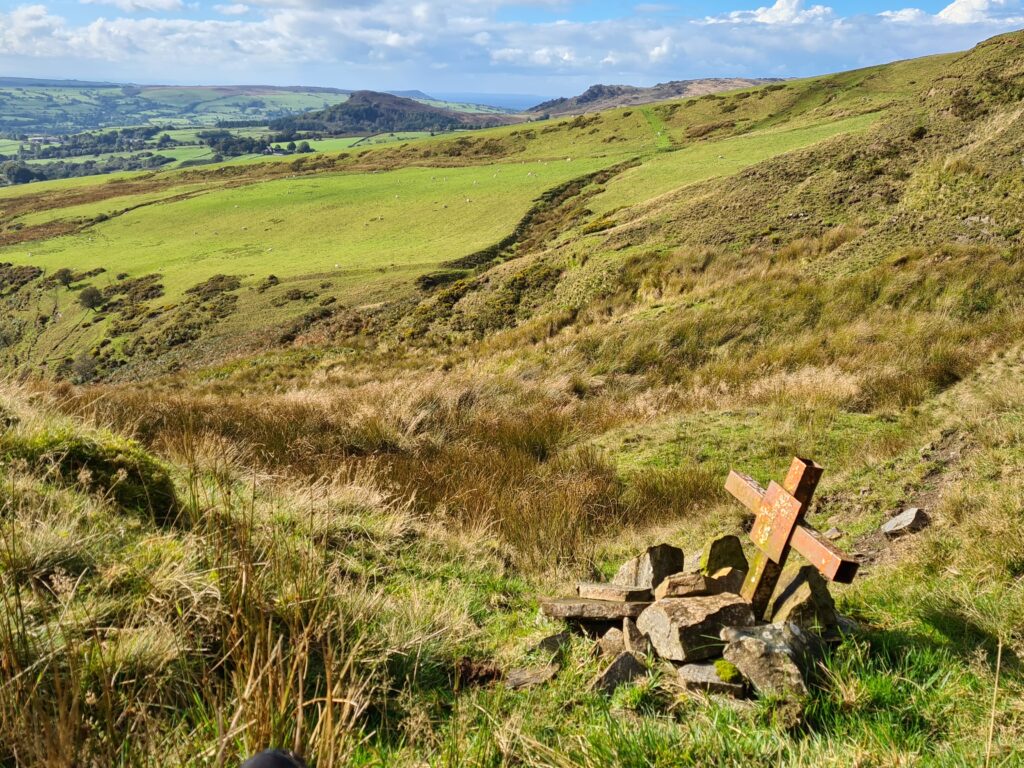 13th July 1942. Partly crewed by Canadian airmen, Stirling bomber N6075 was on a navigation exercise from RAF Oakington near Cambridge when it crashed on the hill of Merryton Low near Leek in Staffordshire.

One of those on board, Flight Sergeant Dolphin, was a ground crewman, a passenger along for the ride. In all probability, 19 year old pilot Sergeant Morrison wanted to give the passenger a bit of a treat, and flew to F/Sgt Dolphin’s home town of Biddulph where the Stirling was seen flying low a few times over his house. Sgt Morrison then turned back towards Cambridge, but flying in cloud and still too low he failed to clear the nearby hill and crashed the aircraft. All 8 on board were killed.

The view above is looking back along the line of flight towards Biddulph.

Below, How the crash site looked when I visited in 2010. The view is looking along the aircraft’s line of approach. 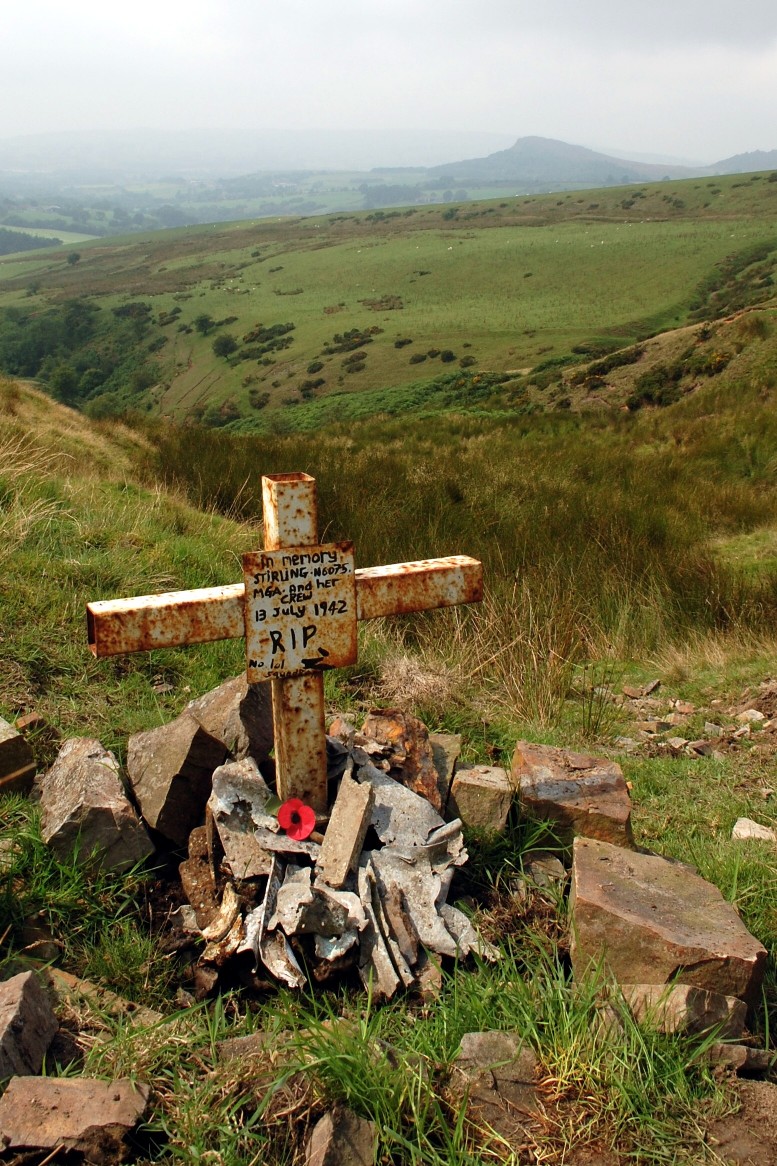 The fragments of debris around the metal cross had all gone when I visited October 2021. Cunningham commented in 2005 that there was less to be seen compared with a visit he made two years earlier. 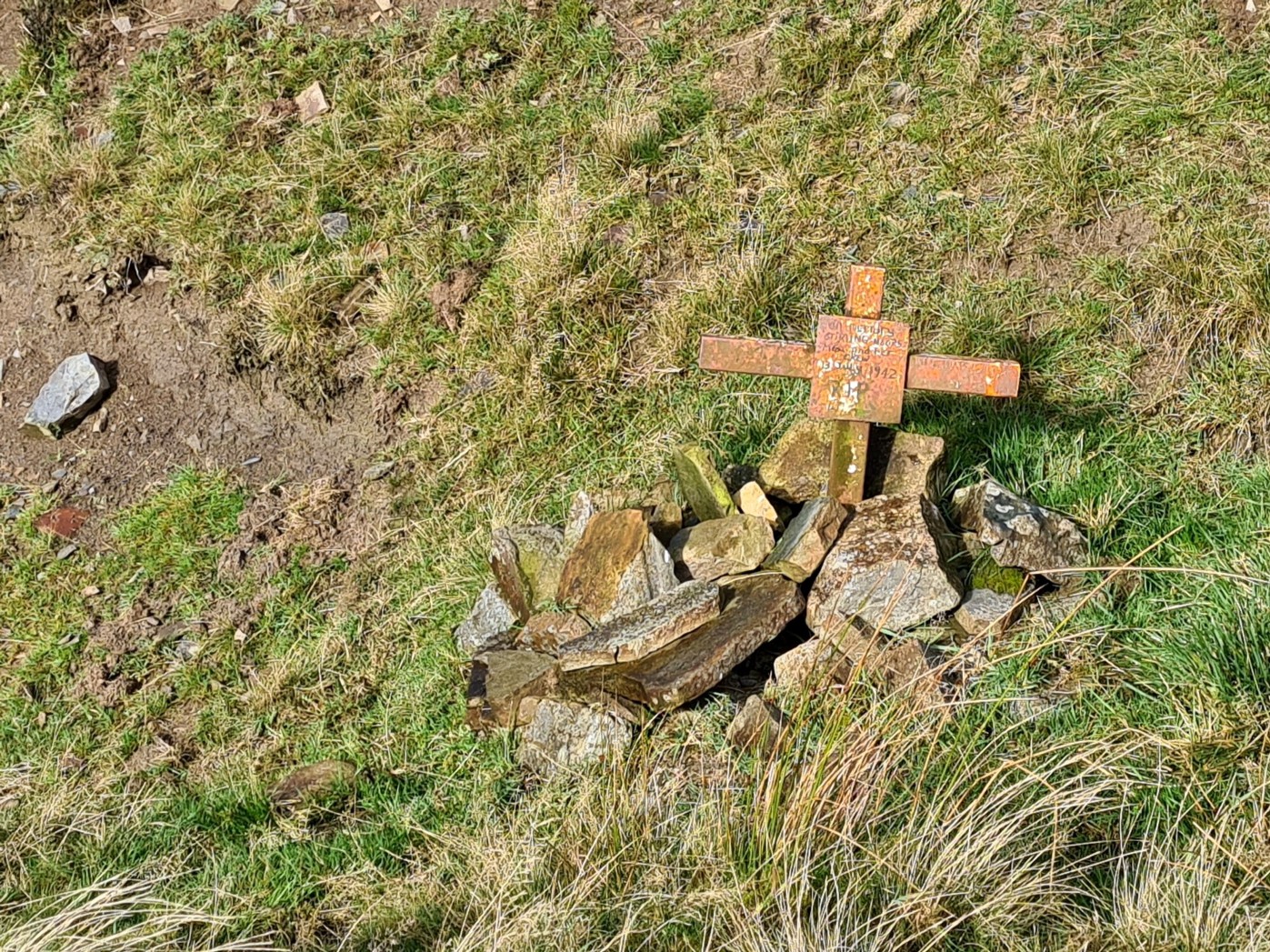 However, some remains are still to be found in the gully above and below the cross, such as this fragment 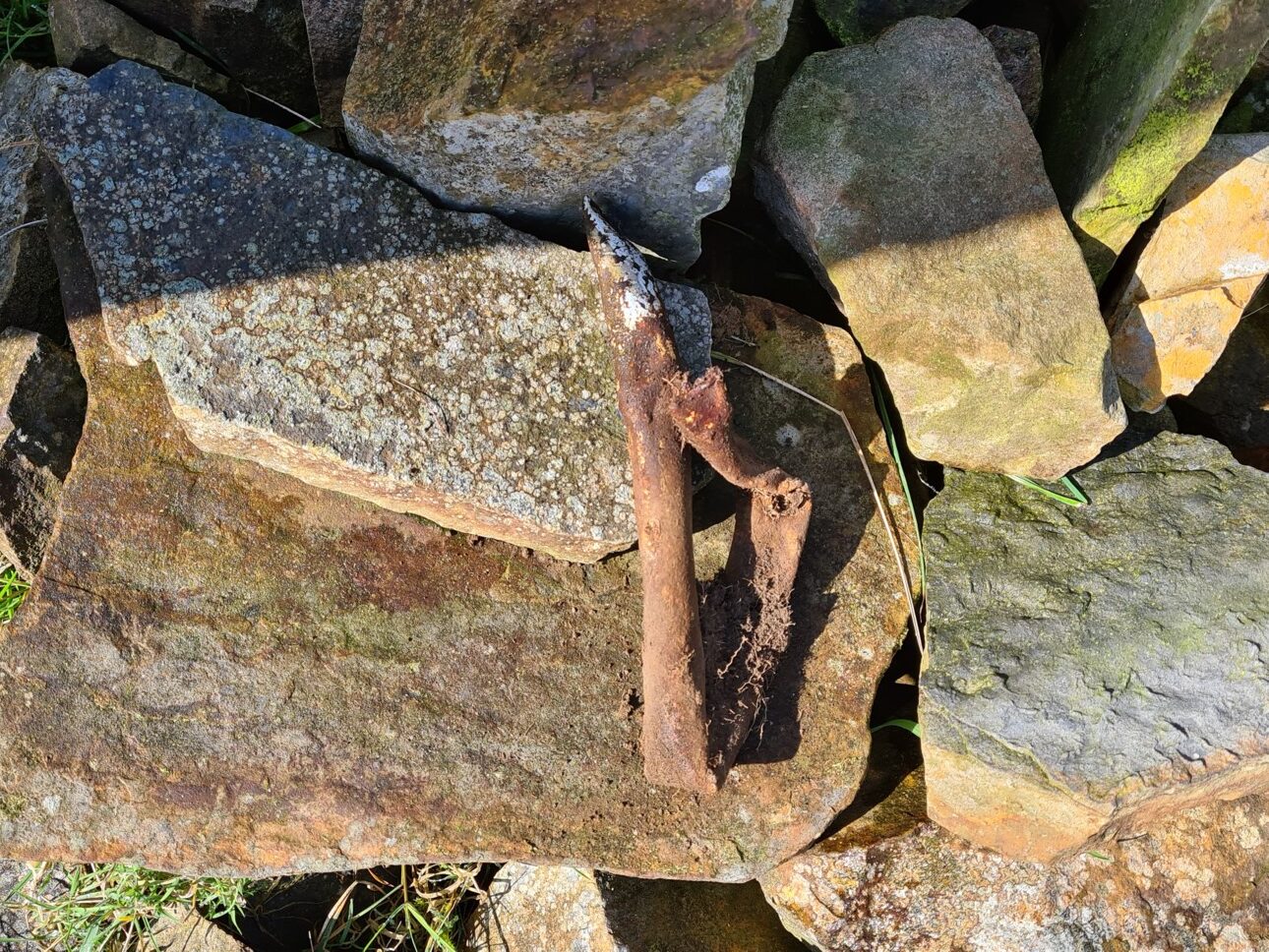