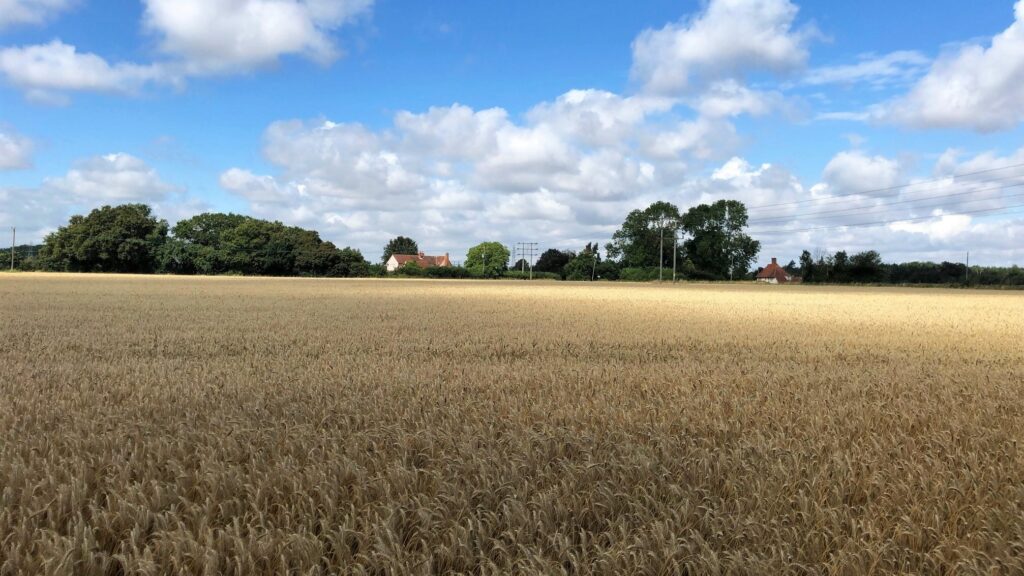 In May 2020 I received an email from local historian Jane Kirk of Tattingstone, Suffolk asking about a reference in a history book of the Tattingstone area in which the author says a ‘Spitfire’ crashed in the village during the war;

“Great must have been the excitement of the young in particular when a Spitfire came down close to Road Farm in 1940. I believe that relics of that aircraft are still to be found in some homes in the village.” (Sheila Hardy, Tattingstone – A Village and its People, 2000)

Unable to find any further details of this incident, Jane began to investigate the story. Due to the public health restrictions at the time, accessing places which would normally provide information was impossible. However, putting out a request locally for information Jane received a reply from a farmer Russel Abbott saying he had the remains of a WW2 aircraft in his barn! Jane visited and took some photos but, unsure of the origin, emailed them to me (below). 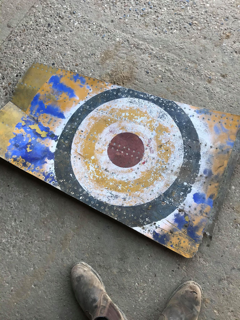 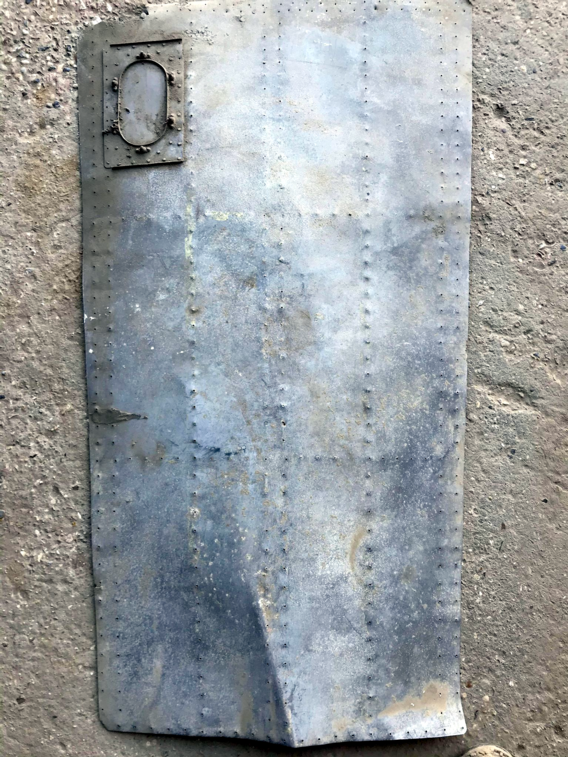 Certainly the remains looked like alloy from an aircraft, though I struggled to match the patterns and rivets to those on a Spitfire and the roundel looked like it had been painted on – or painted over – in the years since the war. There were no visible manufacturers stamps on the metal.

Another local historian, Bob Collis, suggested the traces of yellow paint could be from a target tug, aircraft which towed targets for gunnery practice. Naturally a hazardous task, such aircraft were painted yellow or with yellow and black stripes.

This led to Jane and others looking for accounts of target tugs having crashed in the area. It was noted that at the Norfolk & Suffolk Aviation Museum at Flixton there was the remains of a Hawker Henley target tug and that it had crashed at Bentley, a neighbouring village. The rivet patterns looked identical to me, it seemed it was from the same aircraft. This was confirmed once the museum reopened and Jane was able to visit in person (photos below by Bob Collis and used with kind permission). 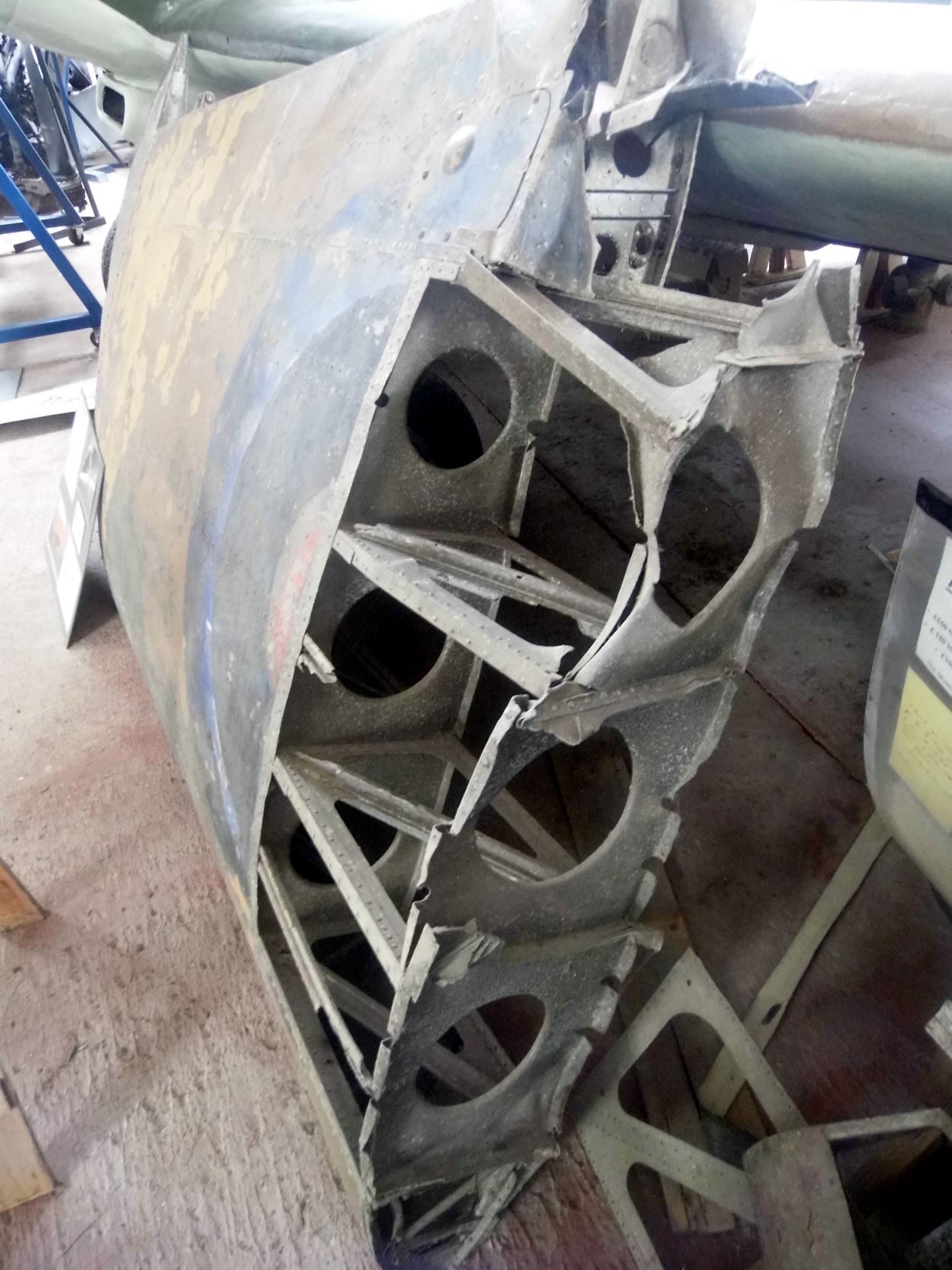 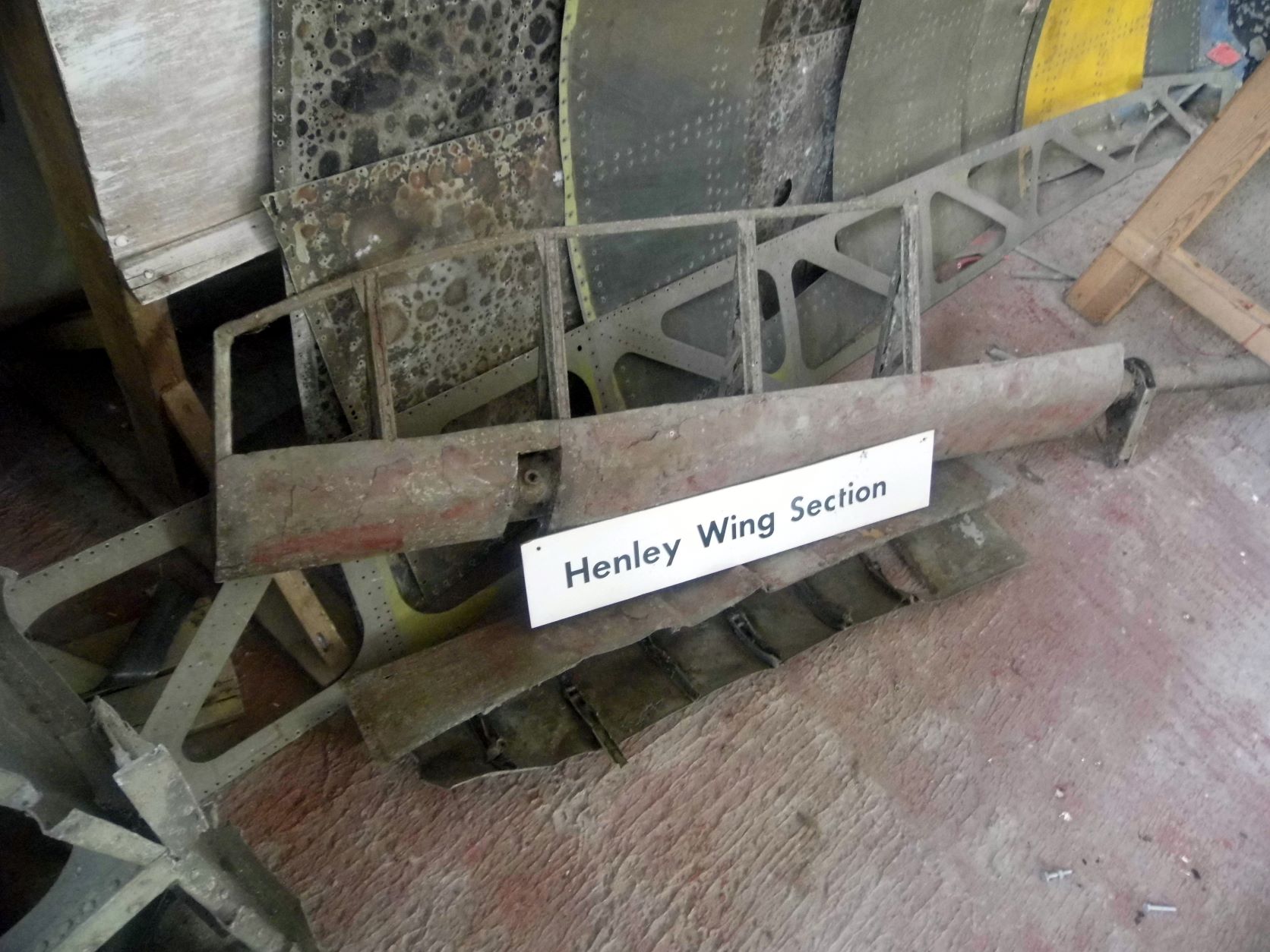 Photo below is from Key Aero and is one of the images we looked at when matching the remains in Mr Abbott’s barn with those at the museum. 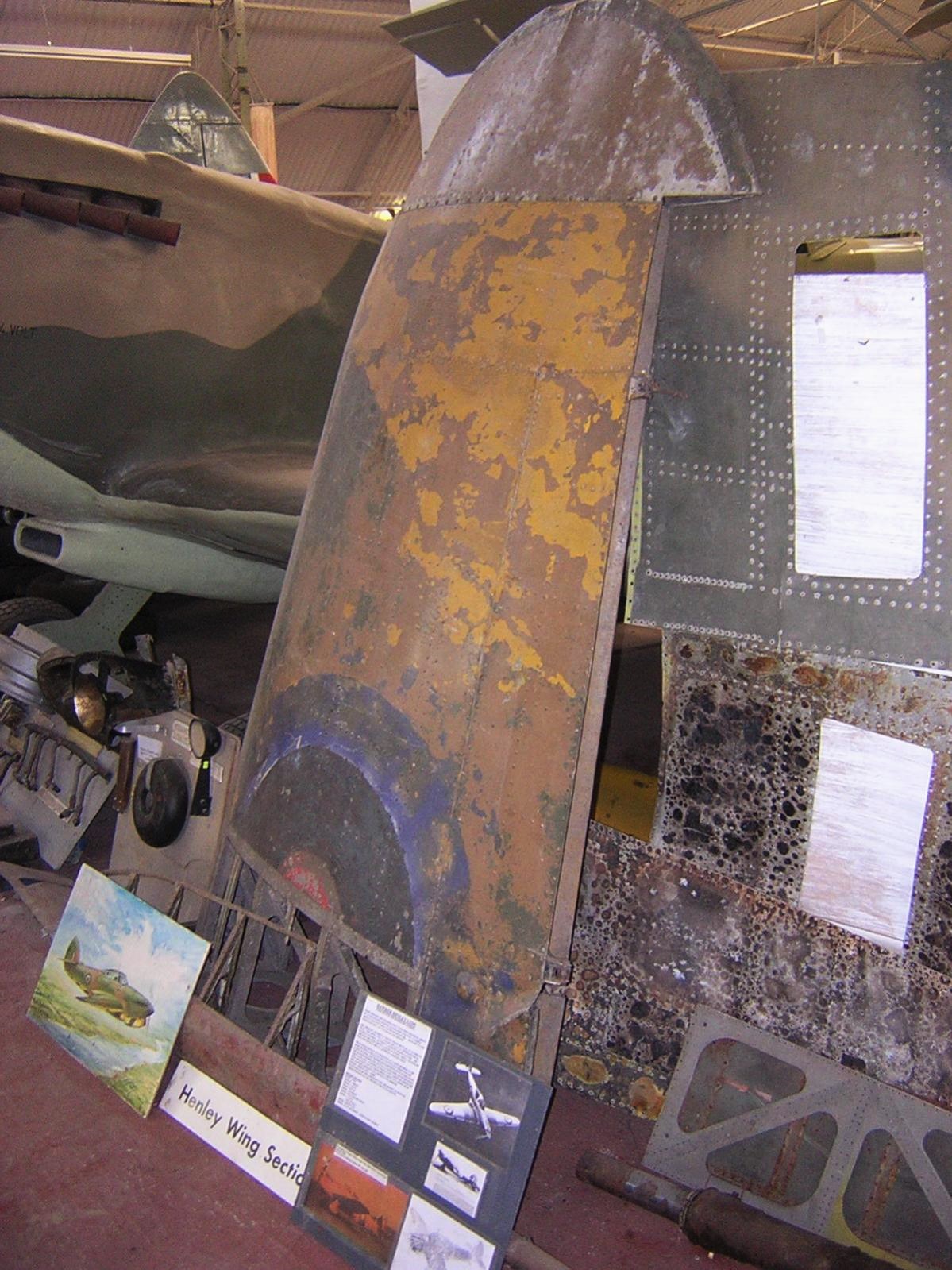 Seeking advice from others in the village, Jane was able to determine that the museum reference to the aircraft coming down in ‘Finch’s Field’ was actually Bilner’s Field. Jane visited in August 2021 and took the photos of the field in which L3295 crashed (lead photo above, used with kind permission).

The map below, which shows the field in which the Henley crashed, was provided by David Caldwell. I layered it over an Ordnance Survey map (it’s not perfect). Alton Water is a reservoir which was completed in 1987, changing the line of the A137. 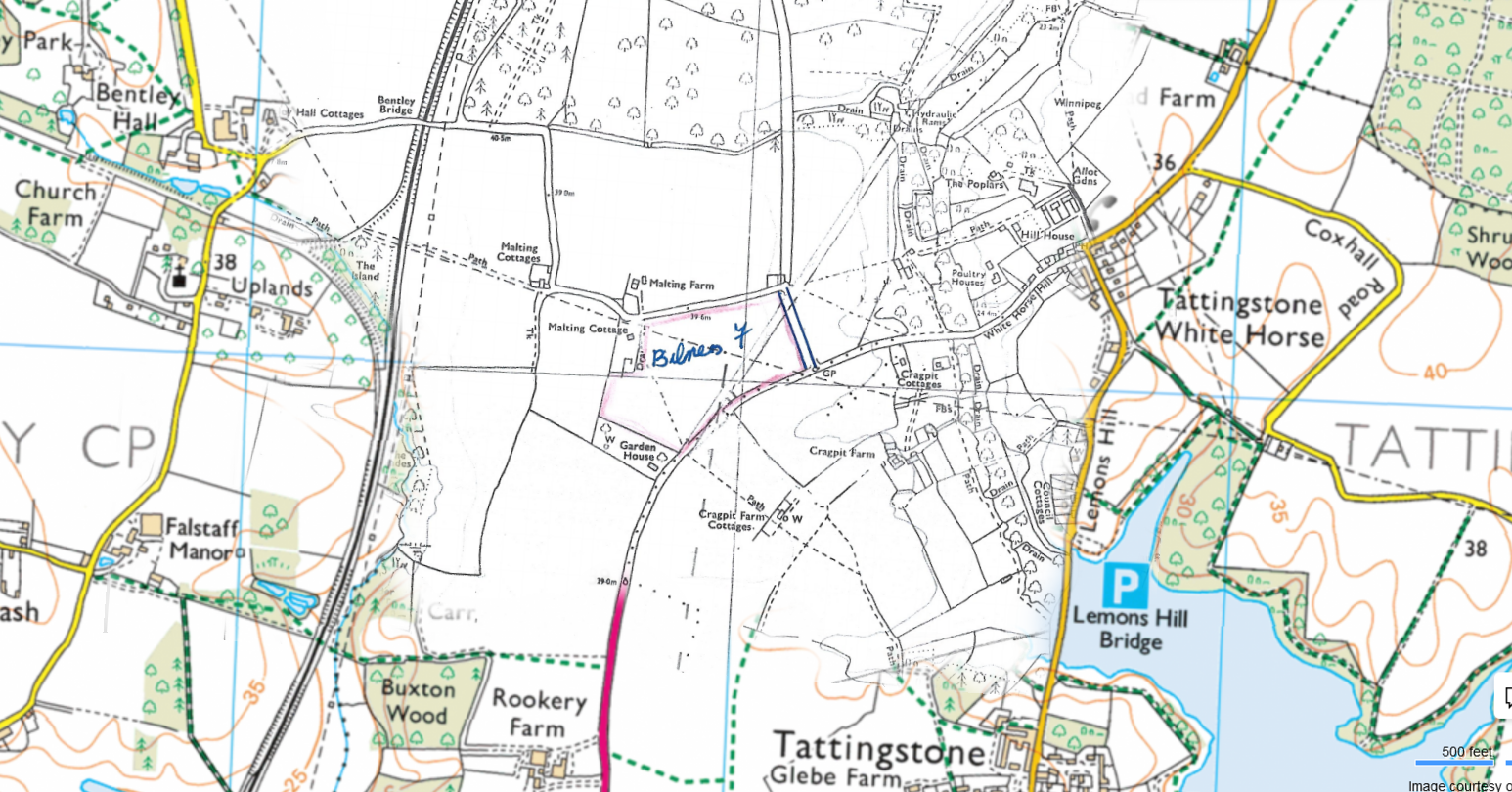 The following is from Bob Collis, detailing the crash;

“At 1219 hours on Friday 18 June 1943, Henley TT Mk I L3295 from No.1616 Flight, based at Ipswich airport was on a target-towing sortie over Suffolk when the engine was heard to backfire very loudly and black smoke was seen issuing from the exhausts.

Witnesses stated the Henley was travelling in the direction of Ipswich from Brantham and towing a drogue target at a height of about 600 feet. The target drogue and cable were released and landed at Brantham.

The aircraft then turned as though looking for a suitable place to make a forced landing. It was flying north at about 30 feet when it fouled H.T. electric cables in a field opposite Rookery Farm, Bentley. There were vivid sparks, the wires were dragged and the Henley continued at the same height for half a mile, then descended, skimmed over the A137 Manningtree-Ipswich Road, struck a telegraph pole, snapping it in half, and crash-landed in a 19 acre field of barley known as “Finch’s field”, Bentley. The crash was 93 yds from the road and wreckage was strewn over a distance of approx 100 yds. The aircraft was completely wrecked but there was no fire.

The owner of the field where the Henley crashed, Mr Jarrett Southgate, saw it come down and immediately went to the scene. As he arrived he saw the pilot, F/O F C Collis, walking from the scene with a gashed head and apparently in a dazed condition. Mr Southgate spoke to him but he did not answer. He got on a bus going in the direction of East Bergholt and Mr Southgate believed he went to Rookery Farm to use a telephone. The Drogue Operator, LAC G Nicholson was near the aircraft and complained that his right leg was twisted in the crash. Mr Southgate rendered first aid and the police arrived soon after.

A guard supplied by the RAF Regiment at Ipswich Airport took over custody of the crashed aircraft from local police.”

Henleys were intended to be dive bombers and Hawker developed the Henley from the Hurricane. However, they were never used as designed and relegated to the role of towing targets, which they were not very good at; of 200 built, 68 crashed, with one expert commenting, “It was a bit like using a sports car to tow a caravan.”

No Hawker Henleys survive, the fragments such as those in the Norfolk & Suffolk Aviation Museum at Flixton and in Mr Abbott’s barn, and perhaps at other crash sites, are all that remain.

The two images below are from wikipedia commons. I have attempted to colourise the image of a Henley towing a target drogue. The second photo shows another Henley (L3243) going into a dive. 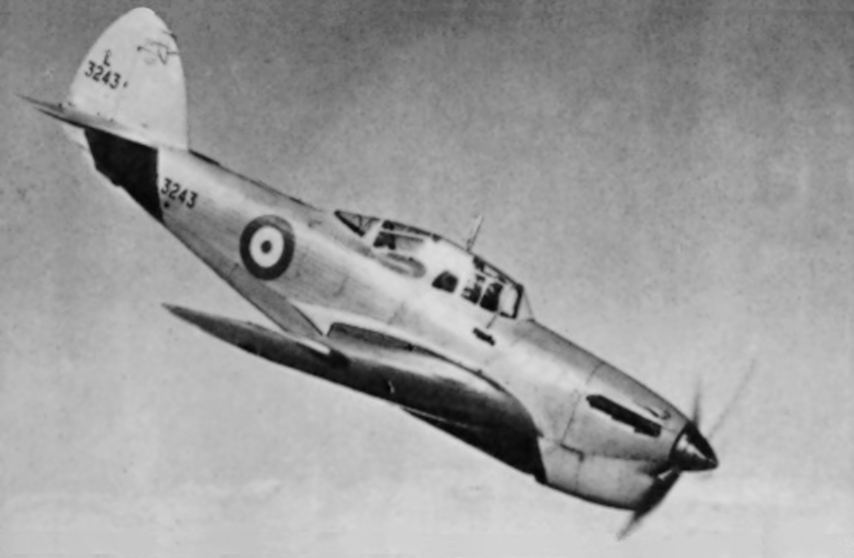