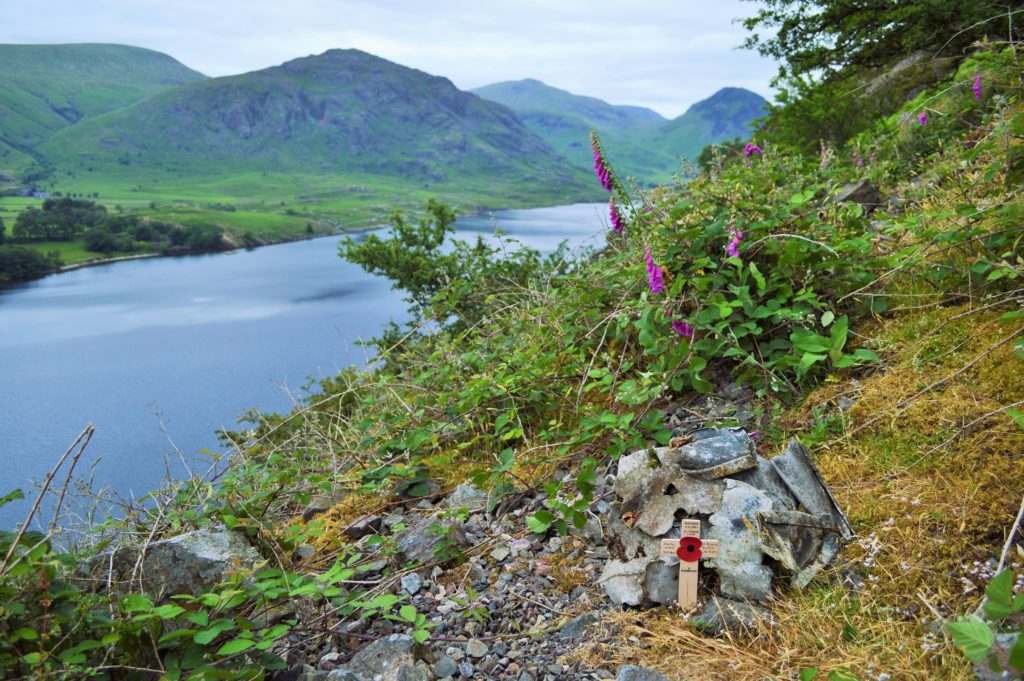 Royal Navy Avenger JZ390 crashed into the north face of Whin Rigg in the Lake District on 16 January 1945, killing all 3 crew men. The crew were on a night navigation exercise and were returning to Royal Naval Air Station Inskip near Preston but were somewhat off course.

The crash site is located high up in Great Gulley. There are some fragments on the scree slope below, and there are remains still in Wastwater but the impact point is out of bounds for all but rock climbers. As Wainwright cheerfully points out, “The chances of survival of a simple-minded walker in these chasms are nil.”

Below; Looking up to Great Gulley. The Avenger apparently crashed some 400 feet from the top and the wreckage spilled down. 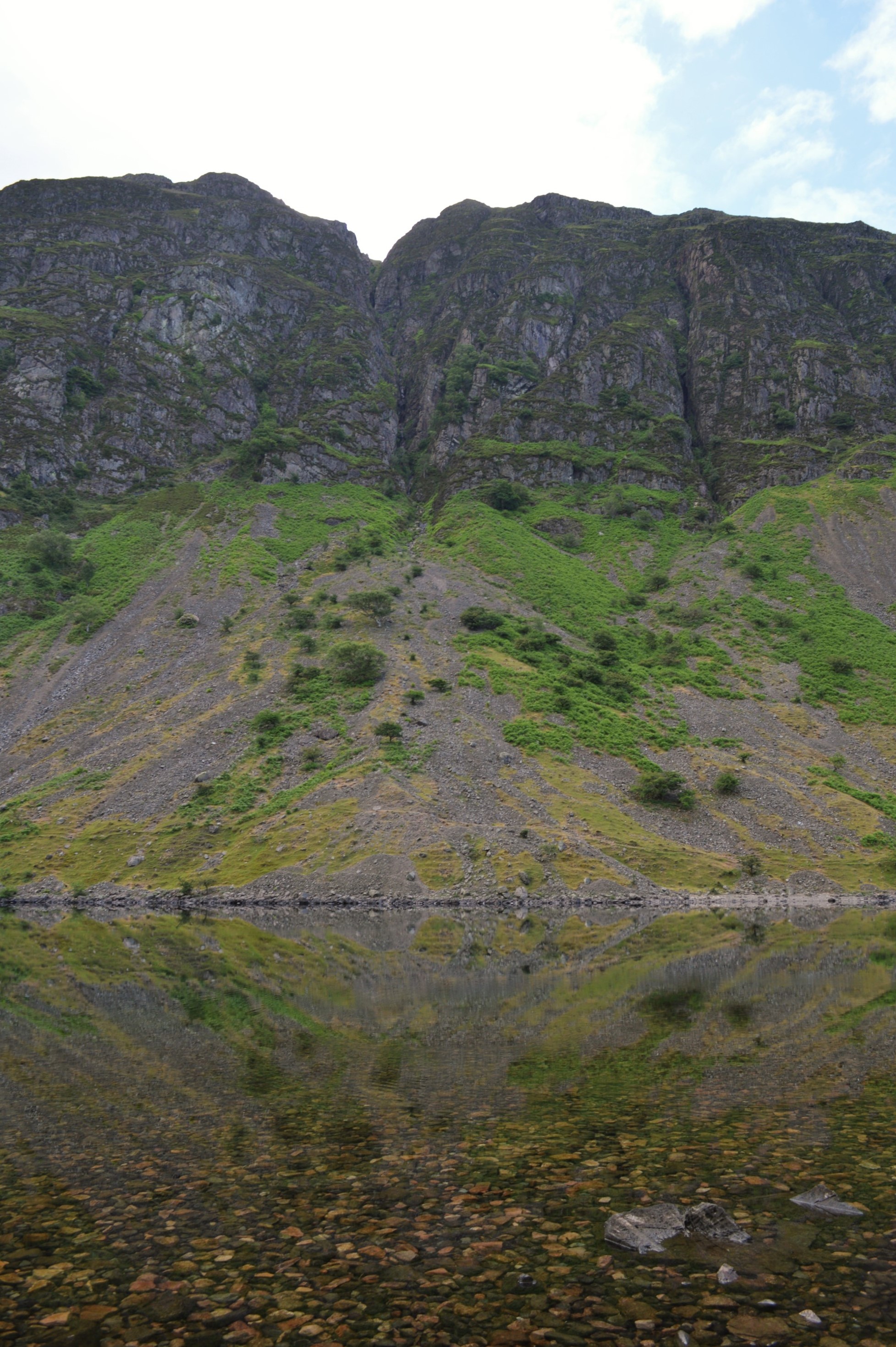 Below; Close up of a small cache of aluminium fragments located beneath a tree and weighted down with some stones (which was where I returned the remains after photographing them) on the scree slope at grid reference NY 14887 03891. 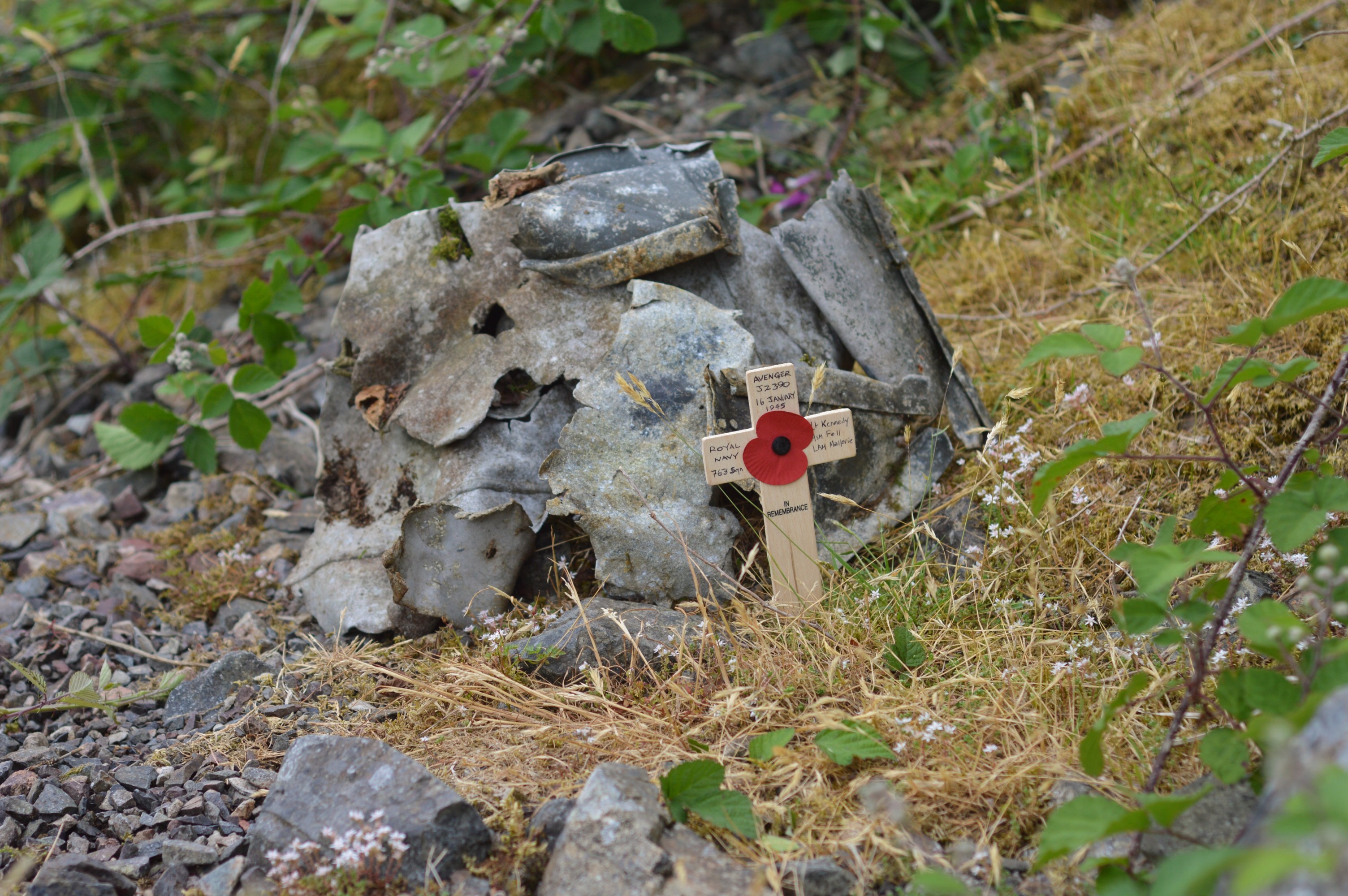 Below; This was as far up the gulley I got. I might have been alright climbing a bit further but descending alone and without protection would have been reckless, so I left the poppy cross at this place. 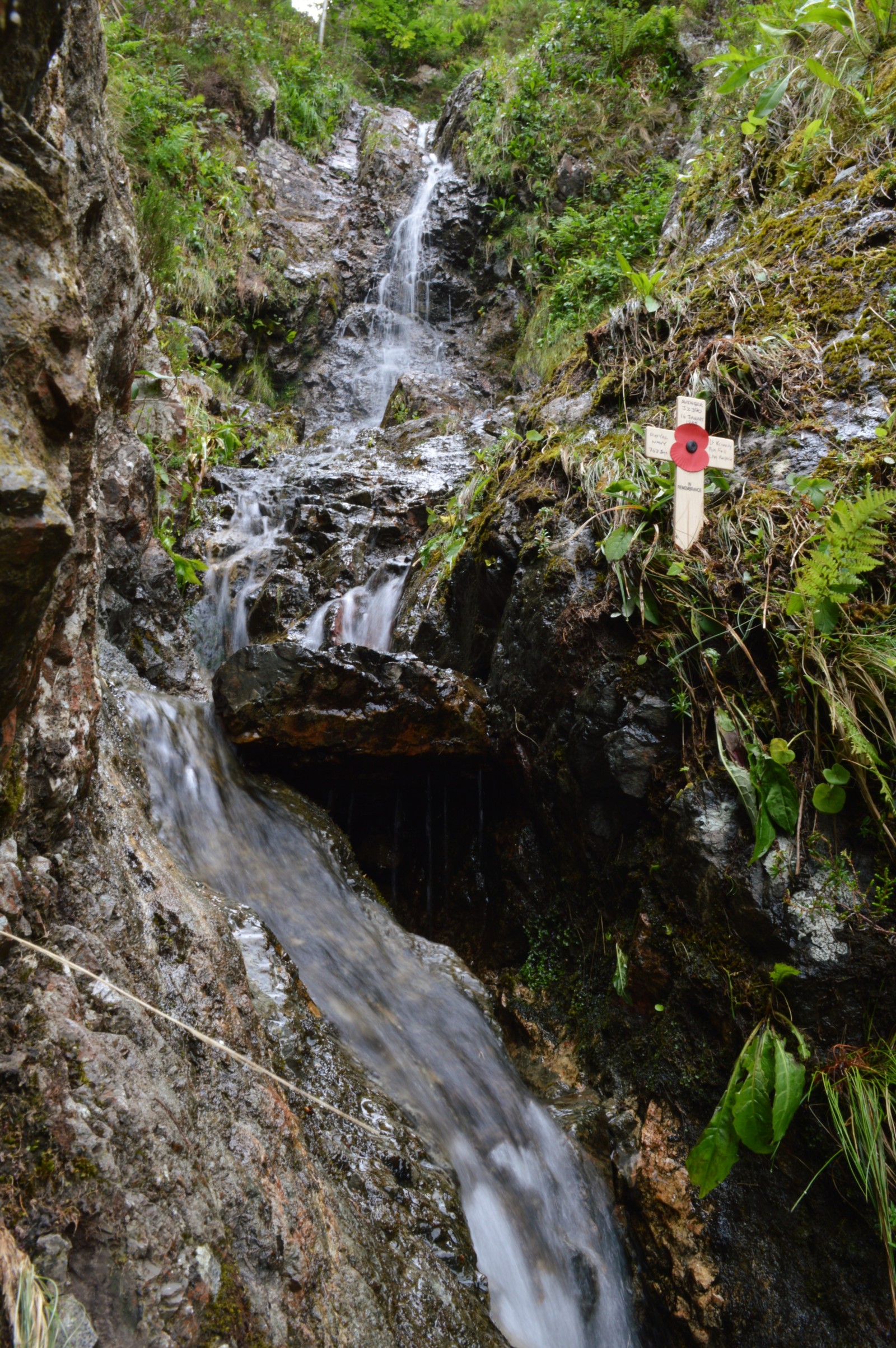 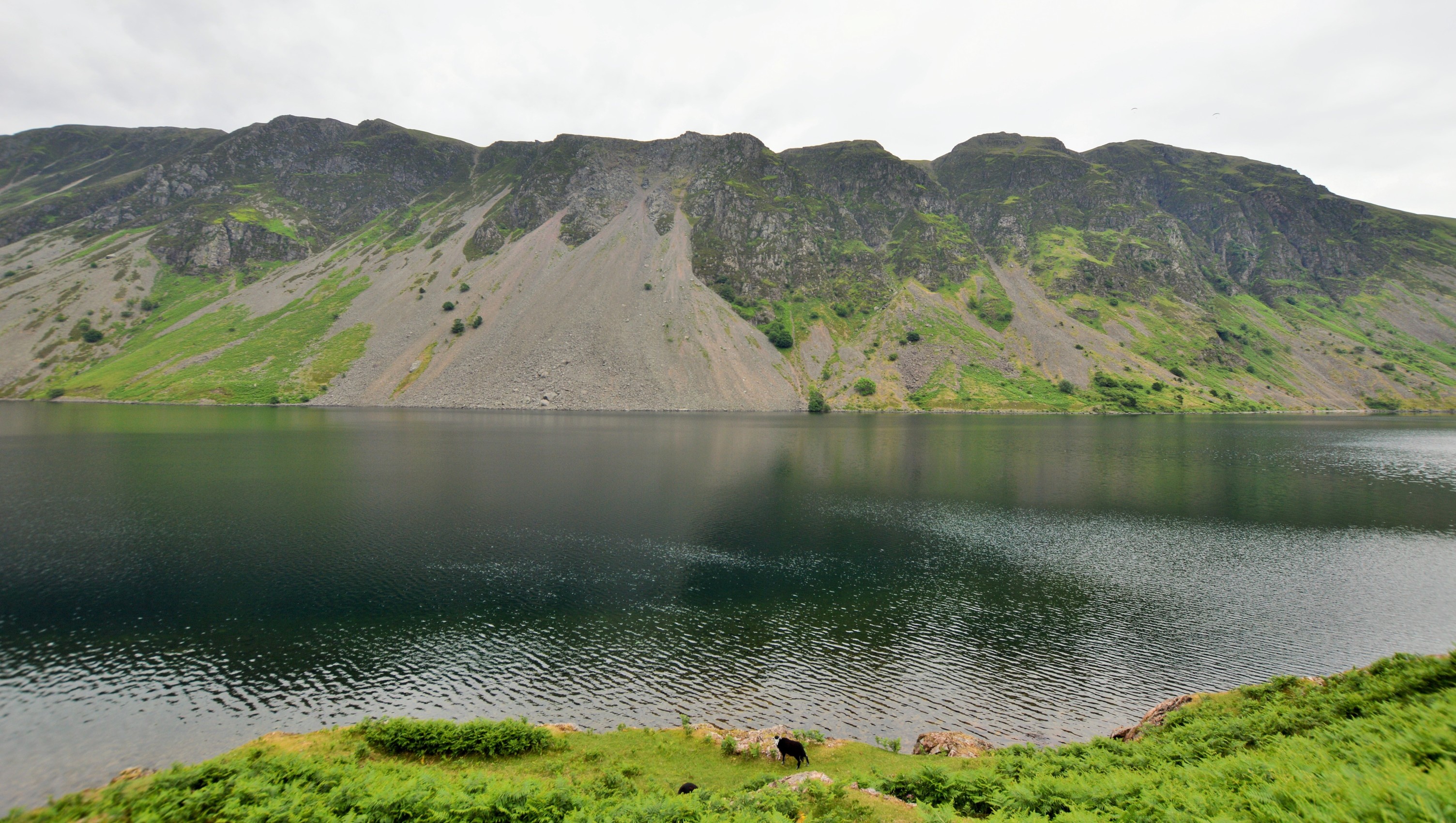 These snaps were taken by Nick Armbrister in 1986 and show more debris further up the gulley, including the impact point, and are used with his kind permission. 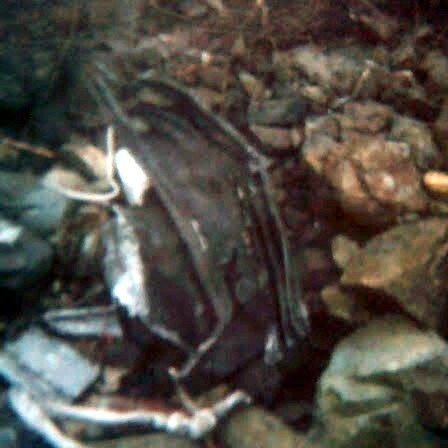 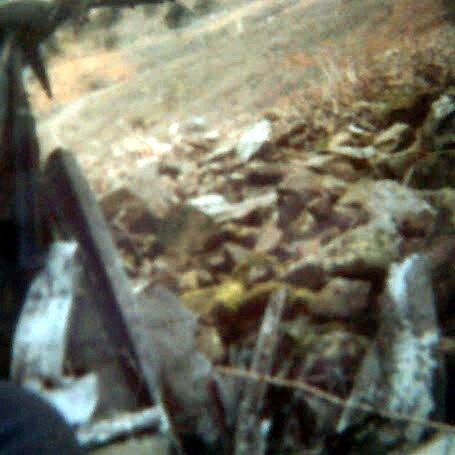 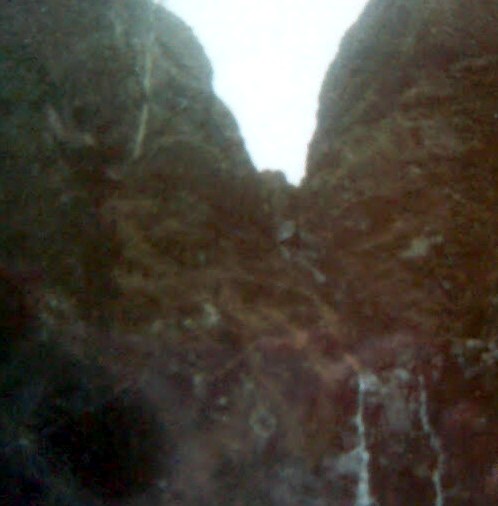