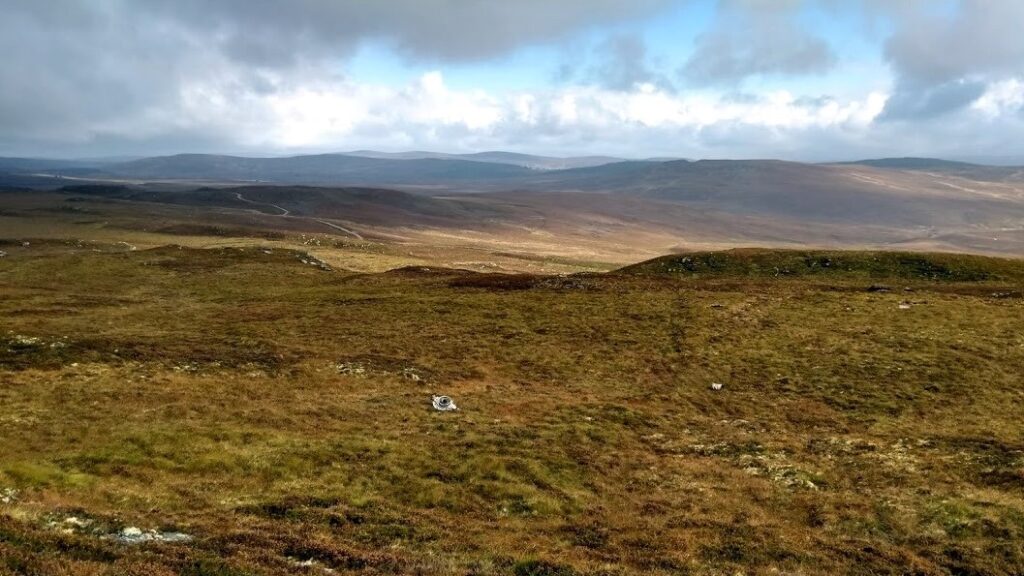 A first for this website with photos taken by someone other than me and with research largely lifted from a now offline website. And it’s in Scotland, another first.

Pete G had emailed me asking if I knew anything about the debris scattered near the summit of Càm Sgriob, on the northern edge of the Cairngorms National Park? I was unaware of the air crash and could find very little about it online or in any books I have.

There used to be a website called aircrashsites-scotland.co.uk but it appears to be offline now and was last updated in 2017, I think. However, using a webarchive page, I was able to recover some detail relating to the crash (and found a few other references online which provided further detail, e.g. the pilot’s full name).

The aircraft was Gloster Meteor T7 WL336 and it crashed 20 October 1955 killing the pilot, sub-lieutenant Adrian T B Gould, RN.

Two web sources refer to the pilot being stationed at RNAS Lossiemouth, though aircrashsites-scotland.co.uk provided this;

“RN Gloster Meteor WL336 took off from RNAS Anthorn (HMS Nuthatch) in Cumbria for an exercise which involved flying over the Scottish Highlands. Unfortunately, while flying over the hills above Grantown on Spey, the aircraft struck Rynechkra near Càm Sgriob. The pilot was Sub/Lt. A T B Gould RN. There are few details concerning the cause of the crash. However, it is believed that the pilot just failed to clear the hill summit during the exercise. At the time, there was low cloud and mist in the area.”

The fragments Pete photographed are scattered between the summit of Càm Sgriob and north east towards Easter Rynechkra. He says the debris in the first of these photos “lies 250m ENE of the summit cairn, at NH 9771 3025, and the other two are lying 10 metres apart, 350m NE of the summit at NH9775 3034.” 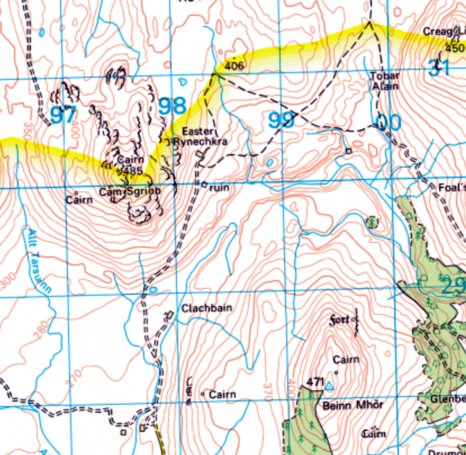 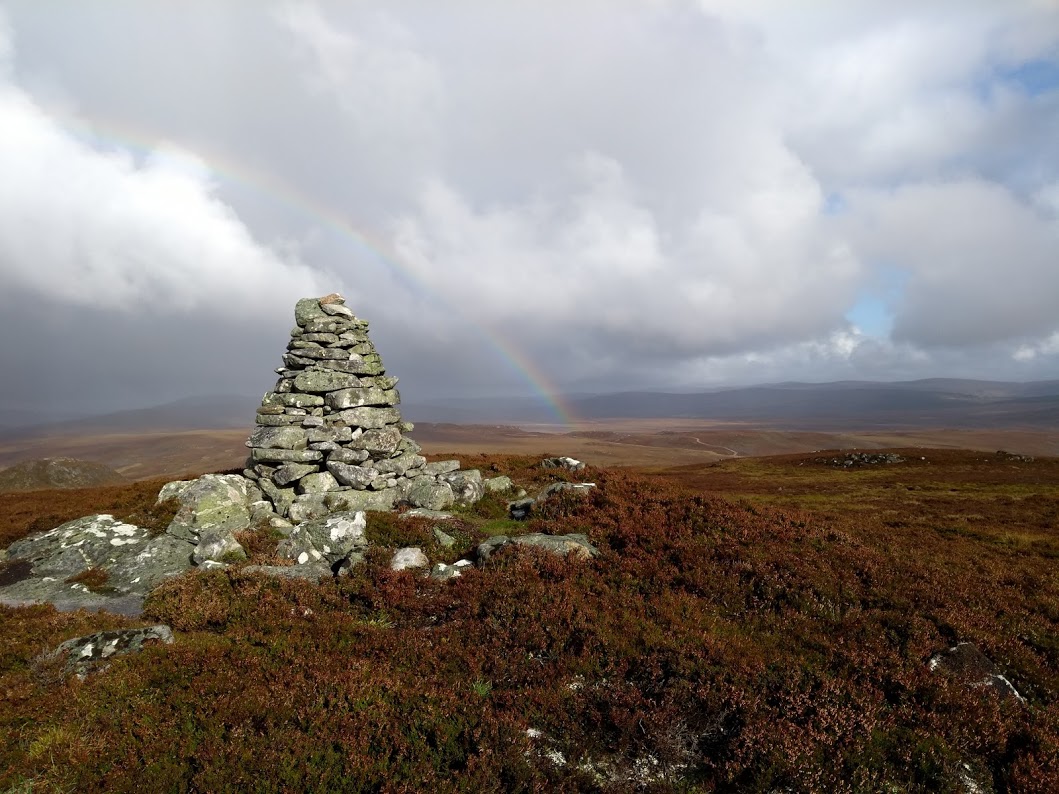 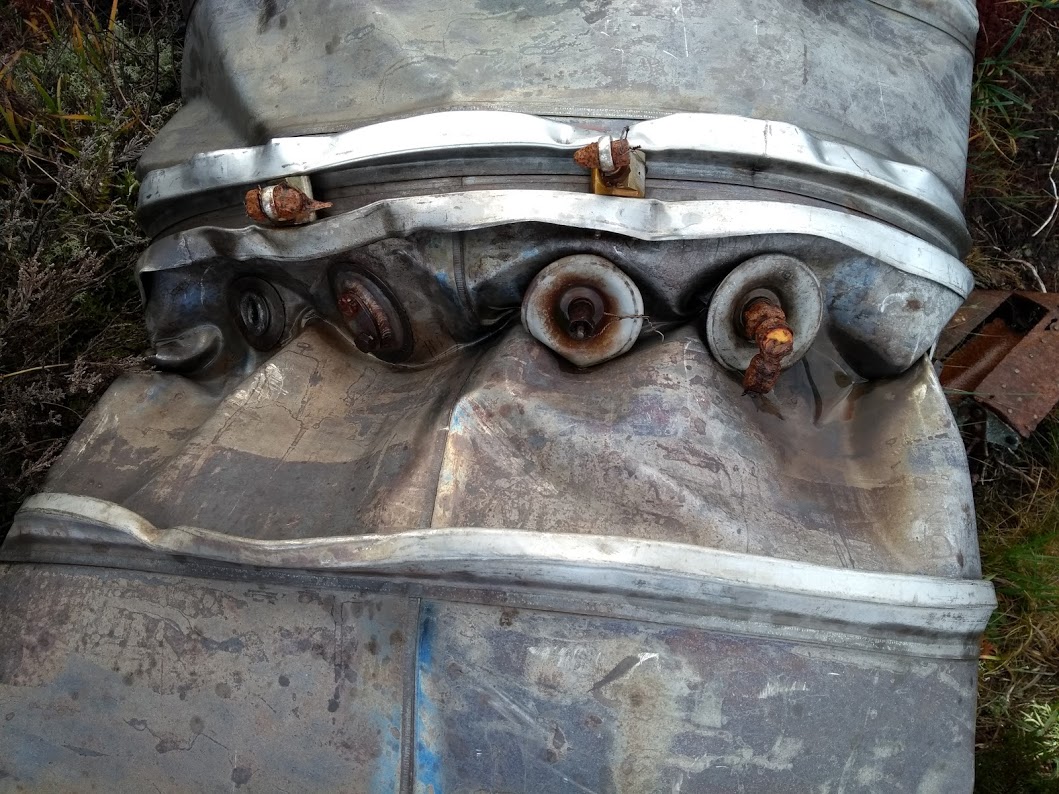 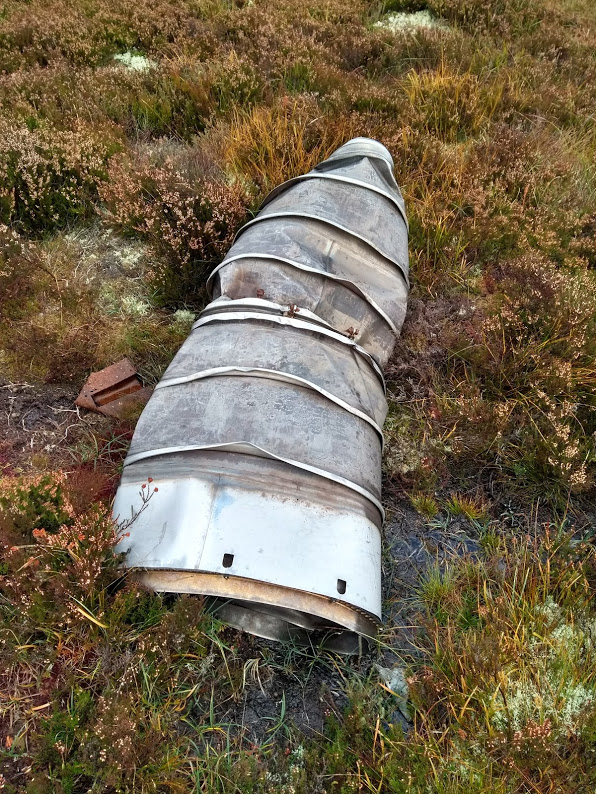 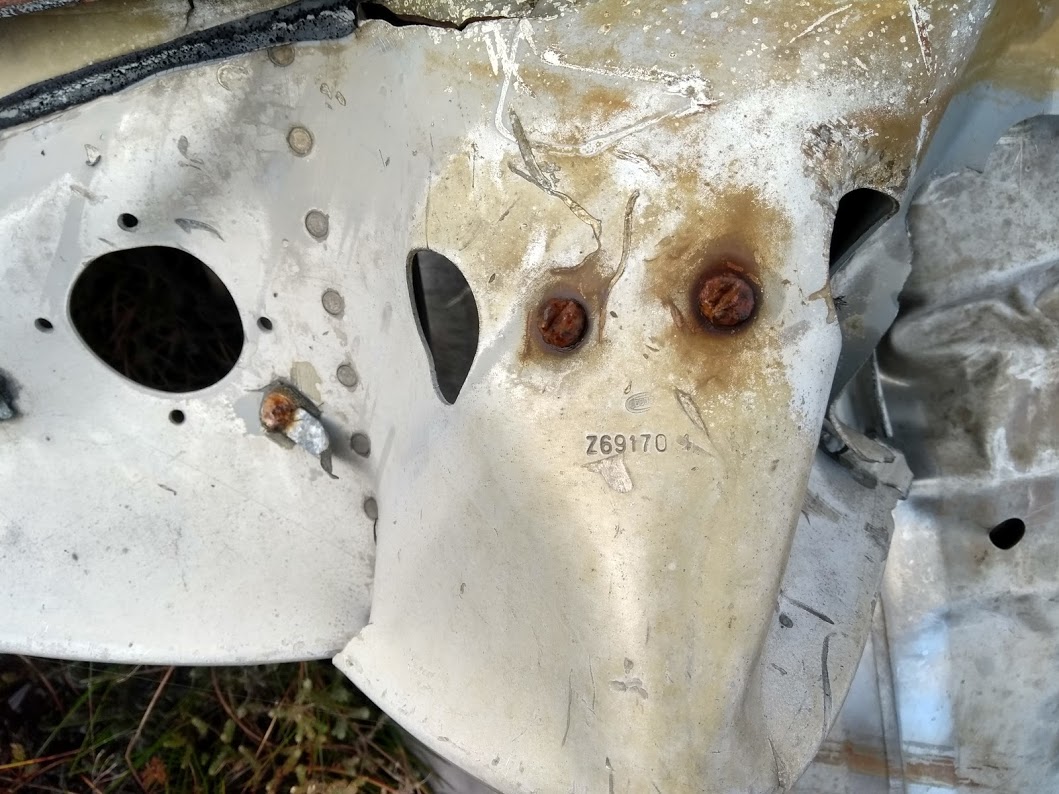 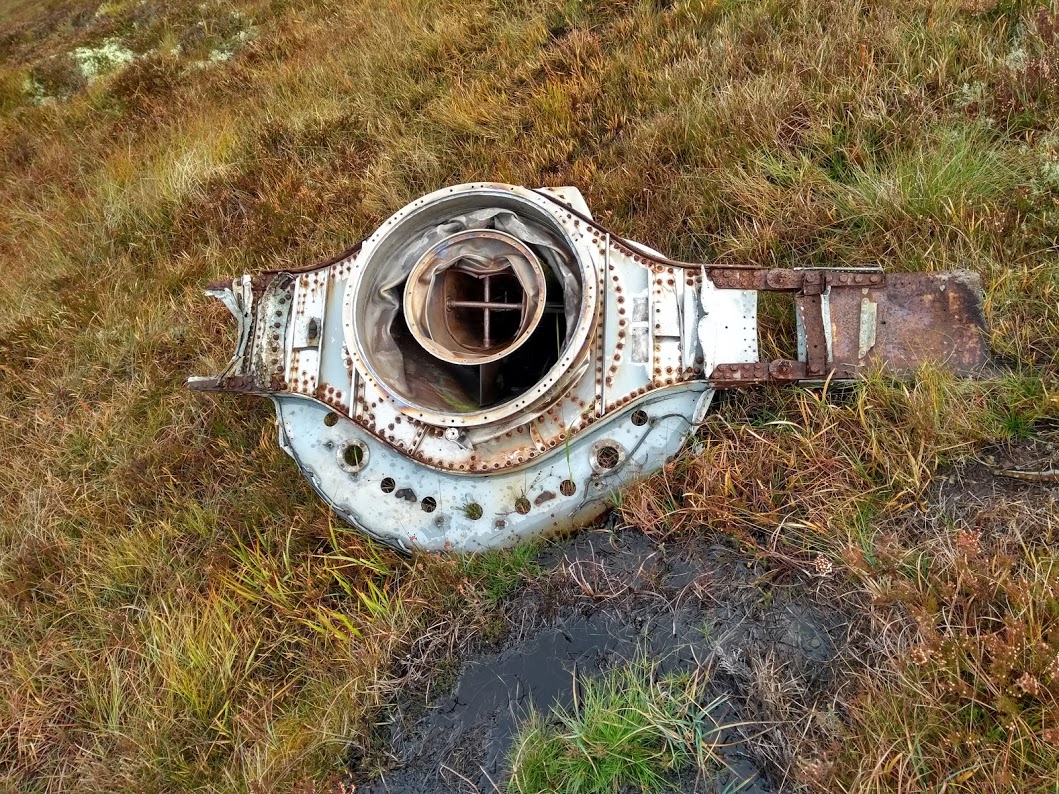 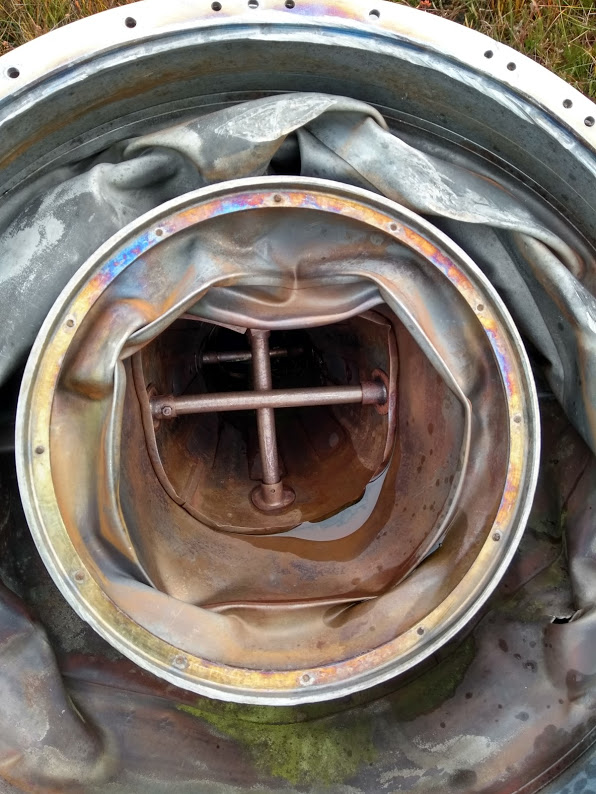 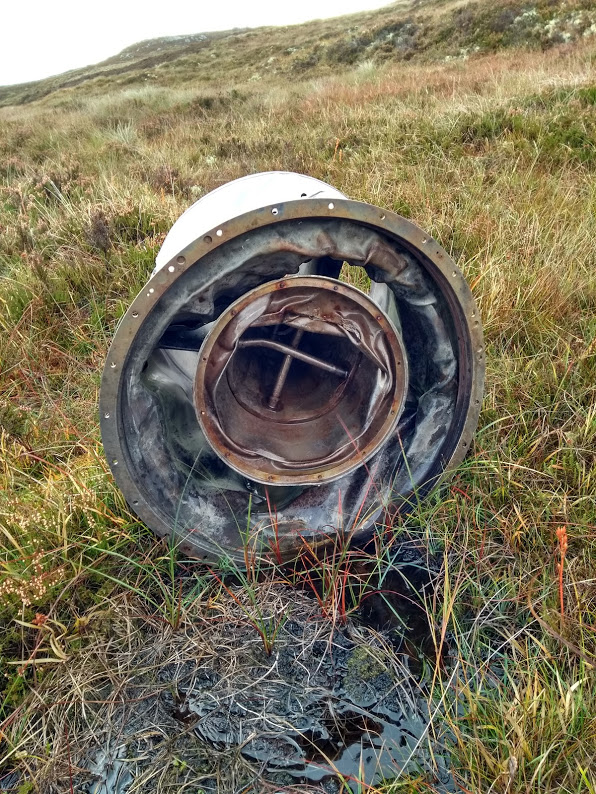 The Meteor T7 was a trainer aircraft with two seats, though sub Lt Gould was flying alone. This is a photo I took of Meteor T7 WA591 at Cosford in 2012. 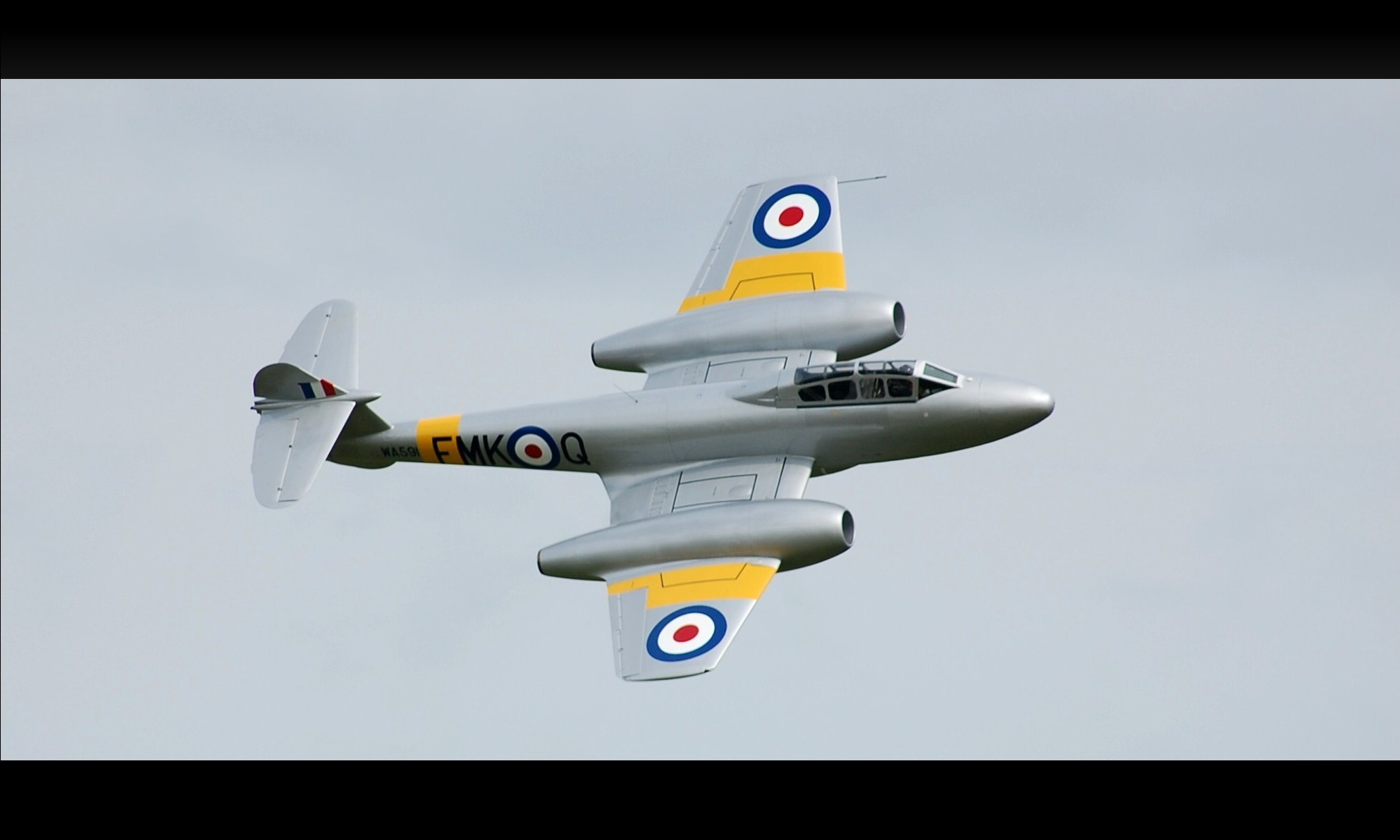