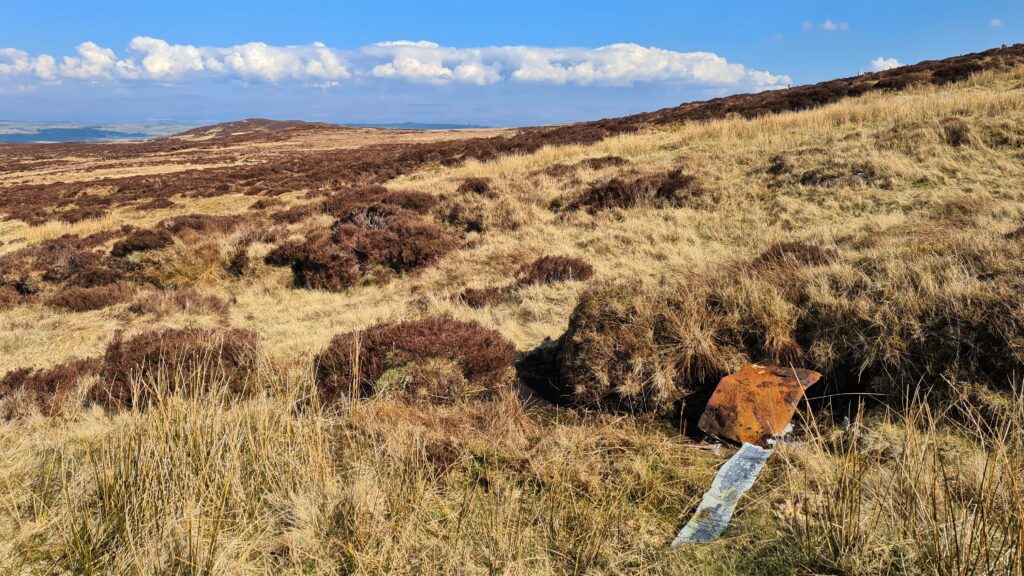 They were undertaking a training exercise, flying from RAF Upper Heyford, Oxfordshire to RAF Leeming in North Yorkshire when the aircraft suffered a bird strike 9 miles north of Kendal causing the crew to eject. The F-111 crashed into moorland north of Great Saddle Crag.

The accident report dated 28 March 1975 (it can be found online) says “The bird hit the right windshield causing catastrophic failure of the right windshield and the right canopy glass. Ultimately, the WSO made the decision to eject and initiated the ejection sequence. The WSO suffered minor facial lacerations and the Aircraft Commander (AC) suffered a compression fracture of the upper spine during capsule touchdown. The aircraft crashed and was destroyed causing minimal property damage and no injury to personnel.”

The lead photo above shows the view from the site looking towards Cross Fell in the distance. This view below is from the crash site looking west. 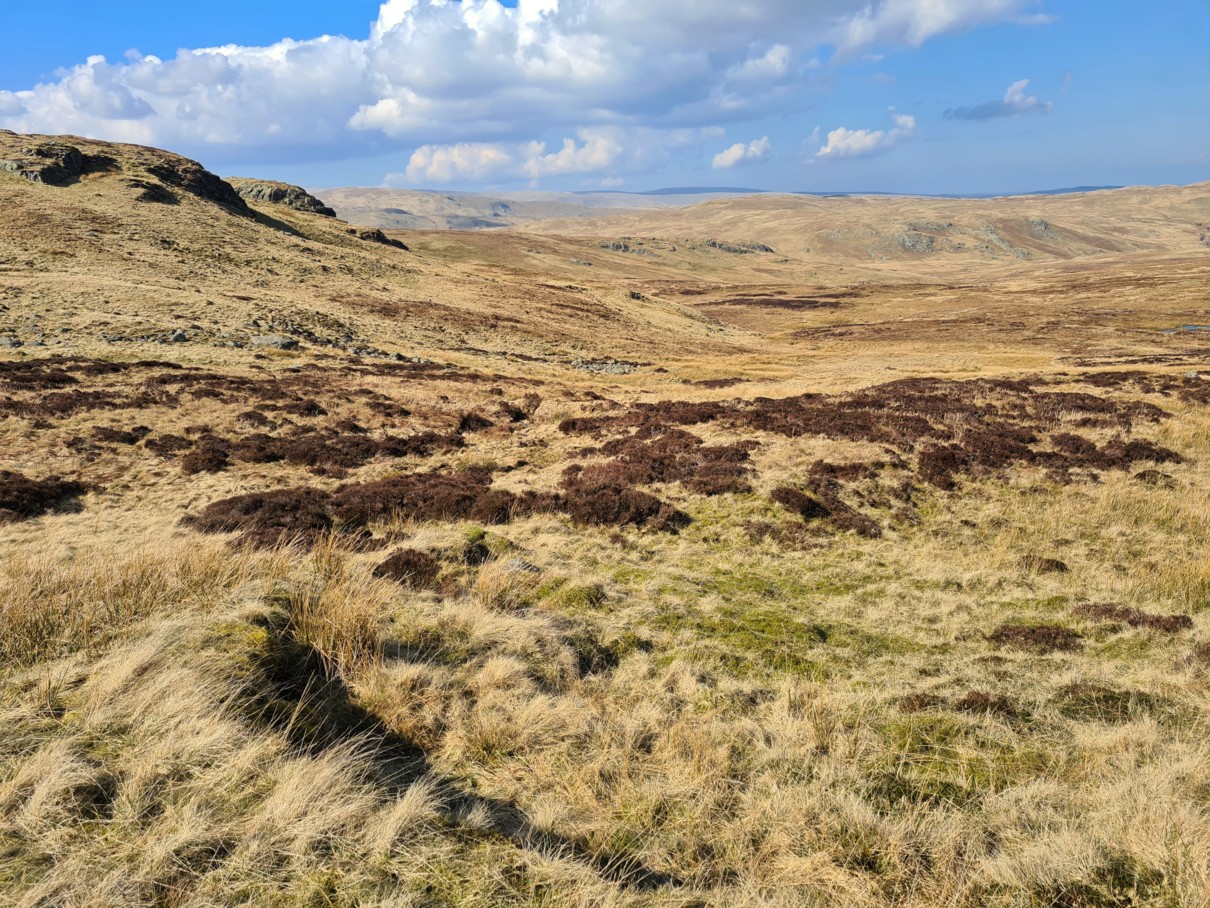 Author Peter Davies in ‘General Dynamics F-111 Aardvark’ (2013) cites Lt Col Wells USAF:
“They took a bird in the windscreen, before we got [‘bird-proof’] polycarbonate windscreens, and immediately the right-side panel popped out. The WSO immediately got his head caught in the airstream and thought he was going to suffocate. He couldn’t breathe until he managed to force his head down below the slipstream. The vibration was so bad the pilot couldn’t control the airplane and they had to eject.”

Below: Fragments found at and near the crash site, 25 March 2022 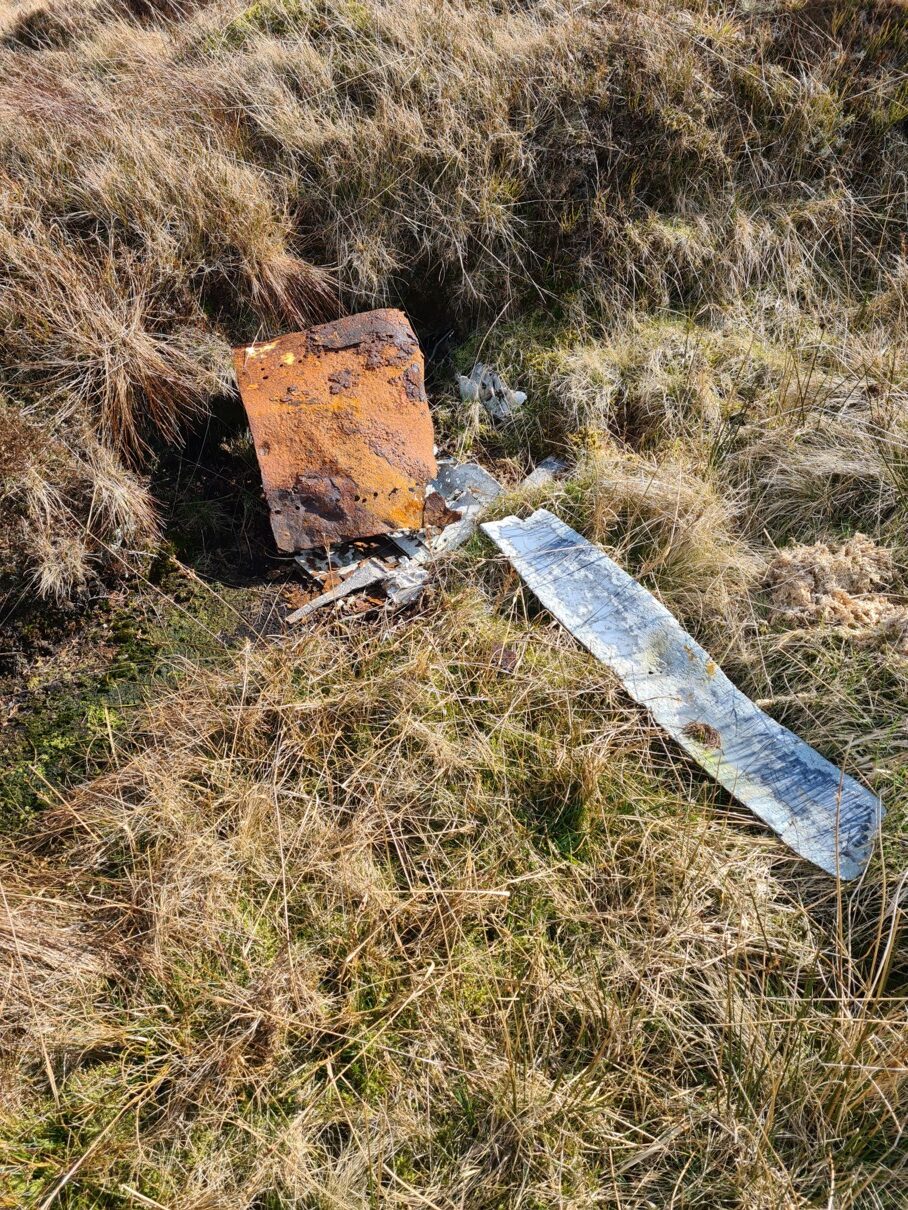 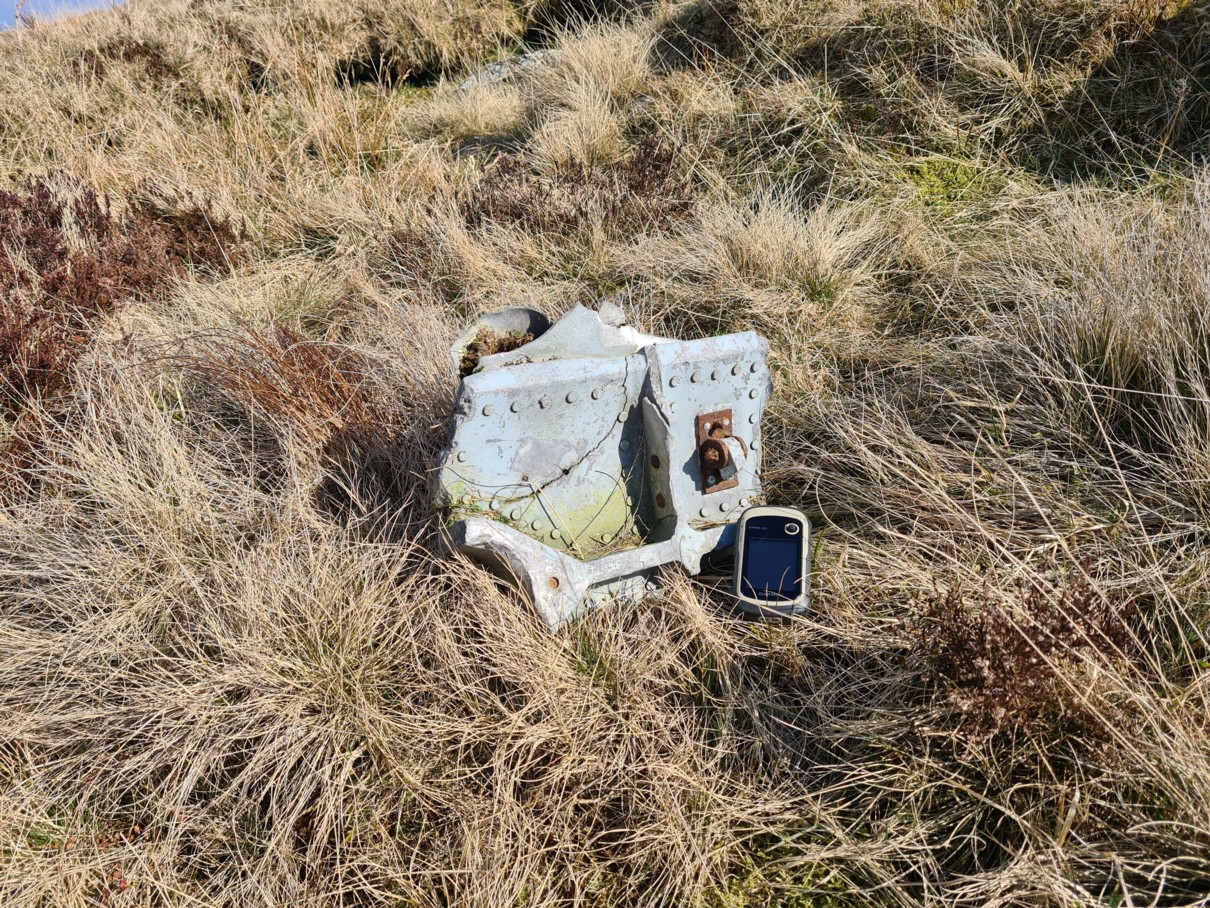 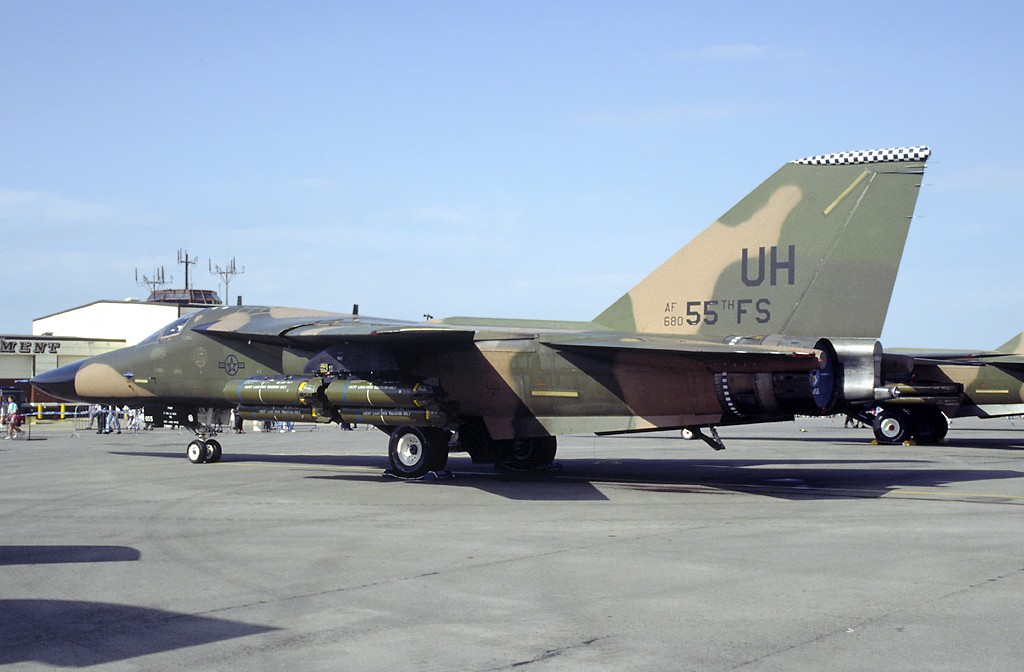 This photo of RAF Upper Heyford, Oxfordshire was taken by me in 2012 from a 1940 vintage Piper Cub 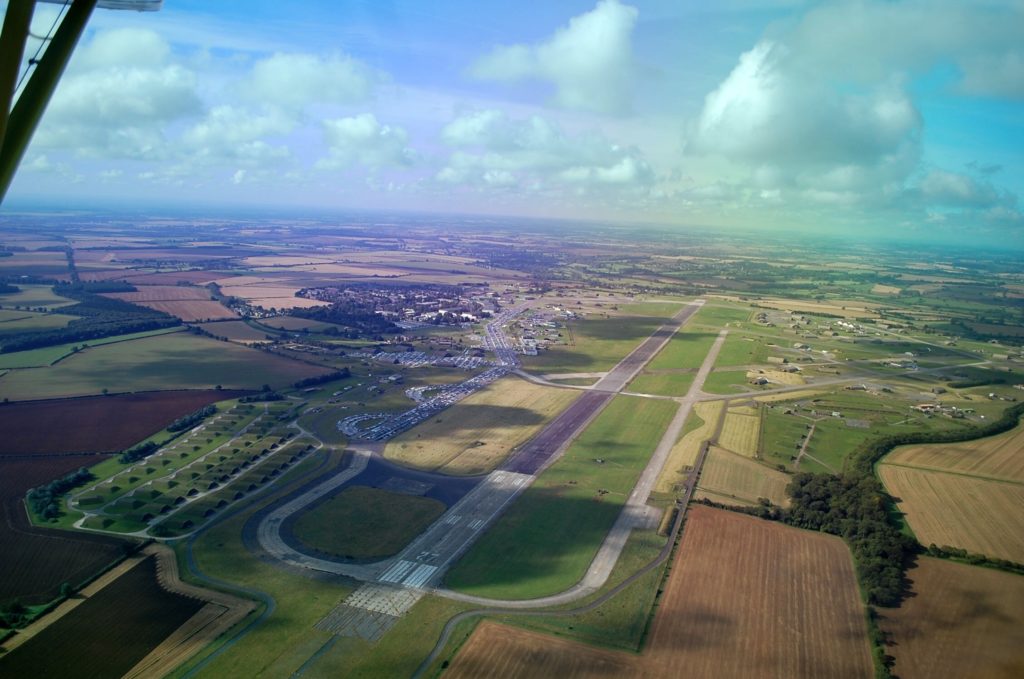 Notes on visiting the site:
I visited from the car park at Wet Sleddale reservoir. On the 1:50,000 and older 1:25000 maps, and in Wainwright, there is a track shown leading away from the car park to Lunch House. However, there is no track on the ground, barely even a footpath, more a sheep trod. The way is a direct continuation line from the tarmac road. Look for gates in fences, then follow the grouse butts. The track from Shap Lodge is joined, taking you to Lunch House but this is the only bit of dry and firm walking.

Wainwright refers to the Wet Sleddale Horseshoe as long but with easy gradients and includes it in his book, ‘The Outlying Fells’ aimed at “old age pensioners and others who can no longer climb high fells…” To be honest, this route was a slog in fine weather. After heavy rain or in low cloud, it would be a miserable outing. Underfoot it is either wet and boggy or you are wading through heather and tripping over tussocks. I fell three times with my foot disappearing into a hole, and once I fell sideways into a pool of water. I’d probably recommend walking from the memorial at the summit of the A6 (car parking) and reaching the crash site via Yarlside but that route may also be just as much beastly mud and oomska.