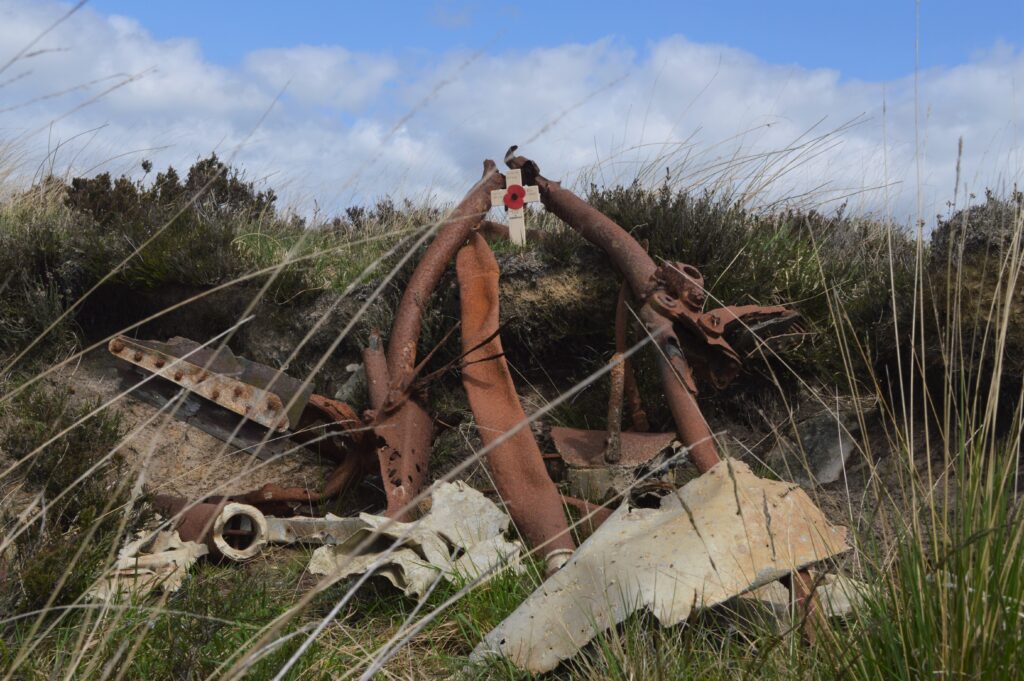 08 November 1946, Mosquito NT266 took off from RAF Leeming on a navigation training exercise. The crew, Squadron Leader Noel Dan Hallifax DFC DSO (pilot) and Flying Officer Roy Edward Chater (navigator under tuition), were both killed when the aircraft dived into the ground, 5 miles north of Helmsley in the North York Moors.

The reasons for the crash are unknown. The aircraft was seen to enter thick cloud and then dived “head-on into the hill known as Pockley Moor with engines revving loudly.” (Earl, 1995)

The photo below shows some of the remaining debris within the crater, still visible on the moor. 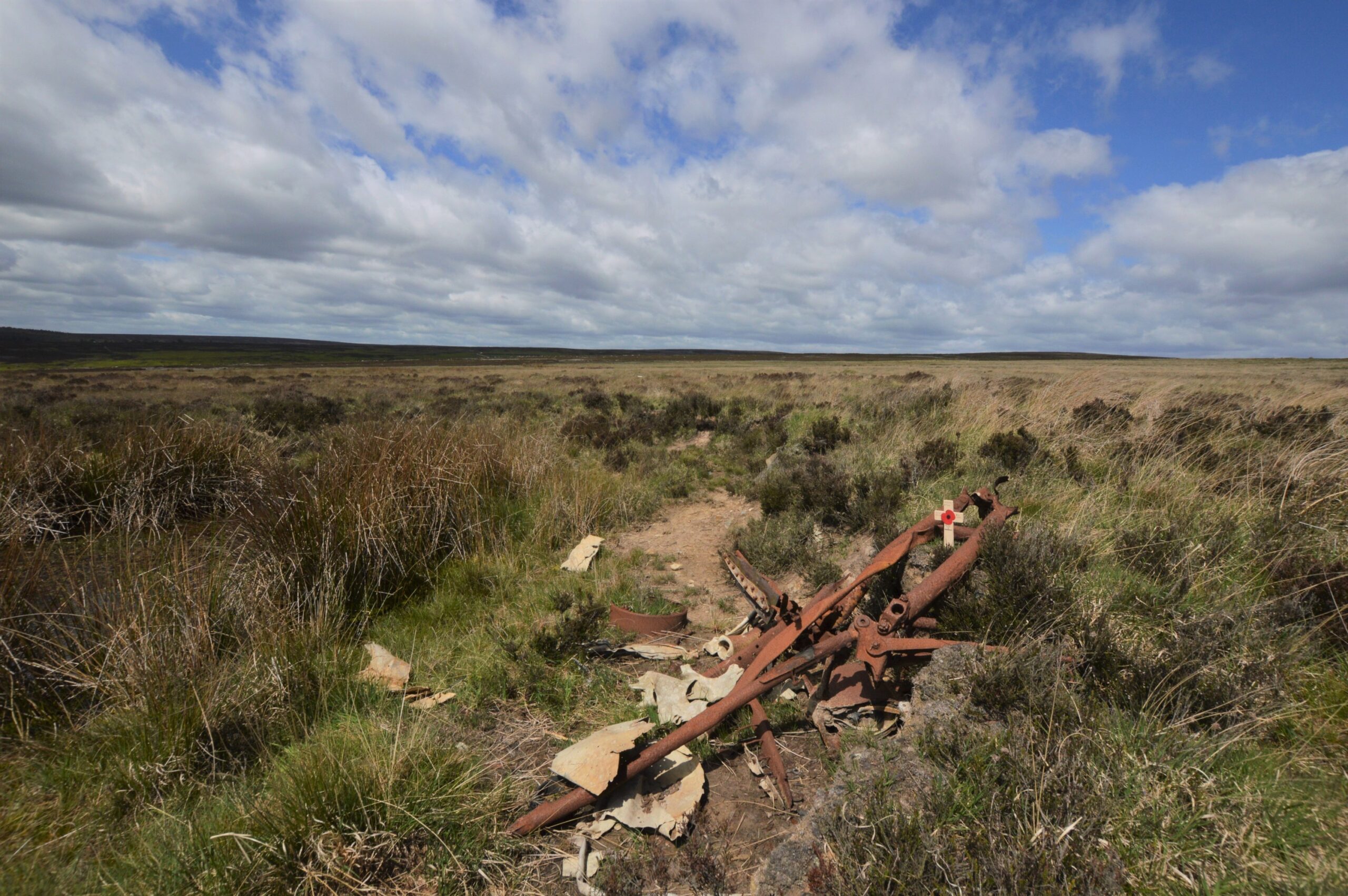 Allenby “strongly suspects” icing on the control surfaces would cause the pilot to lose control, while Earl suggests a downdraft or some structural problem with the aircraft. However the cause could not be determined for, as Earl writes, the aircraft nose-dived into the ground; “what was left in a deep, smouldering crater was more or less totally destroyed in the ensuing fire.”

Six and a half years earlier, Sqn Ldr Hallifax (or Pilot Officer Hallifax as he was then) was flying Hurricane N2422 on patrol when he was shot down over Belgium on 15 May 1940. Many sources say he was in combat with Bf-110s, while others say that the Hurricane was possibly the first victory claimed by Lt Viktor Bauer (serving with 2./JG77) who became a Luftwaffe fighter ace, surviving the war with a total of 106 claims.
P/O Hallifax, upon surviving being shot down, was taken prisoner of war, spending some of his time at Colditz.