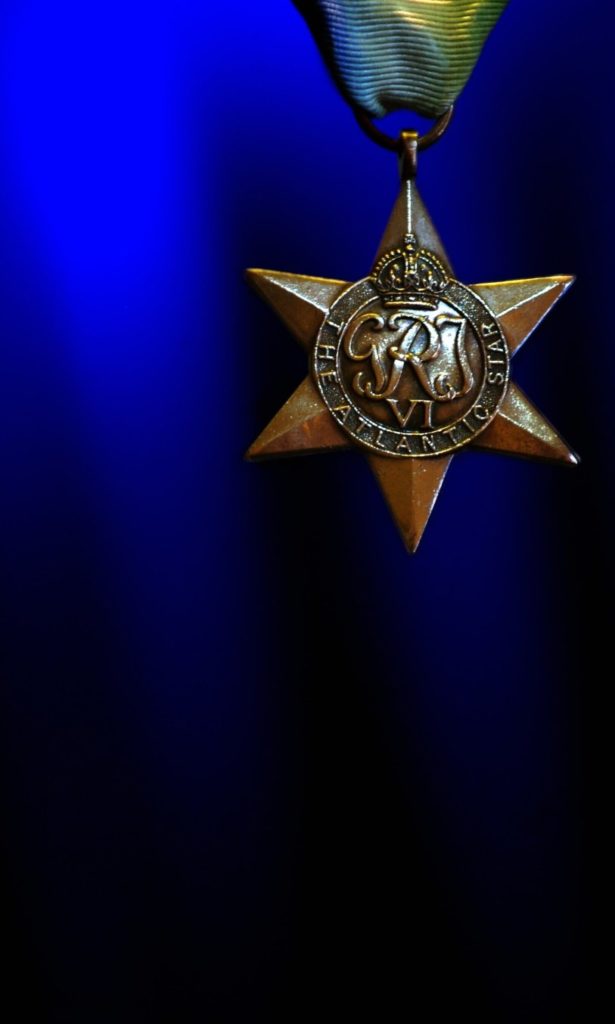 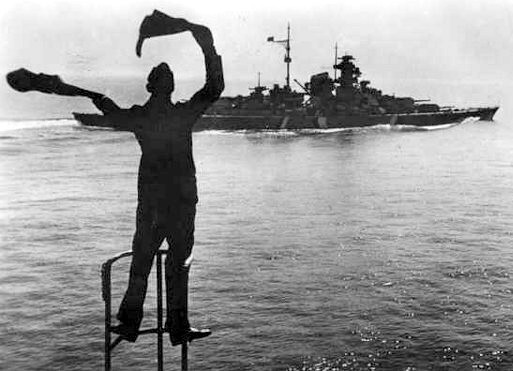 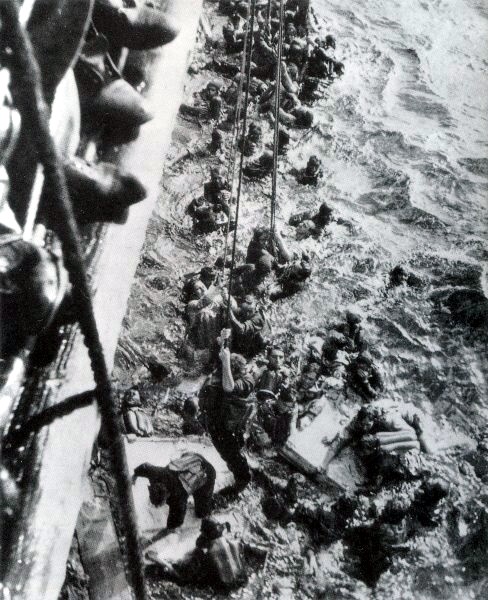 Below; HMS Hood – not sinking but obscured by the heavy seas of the North Atlantic. Colourised photo taken in 1941 by the father of Flickr member Bill9651. Bill notes the photo was taken from HMS Queen Elizabeth, which places this in the Atlantic between the Faroe Islands and the Orkneys, sometime between 19th and 23rd March 1941.