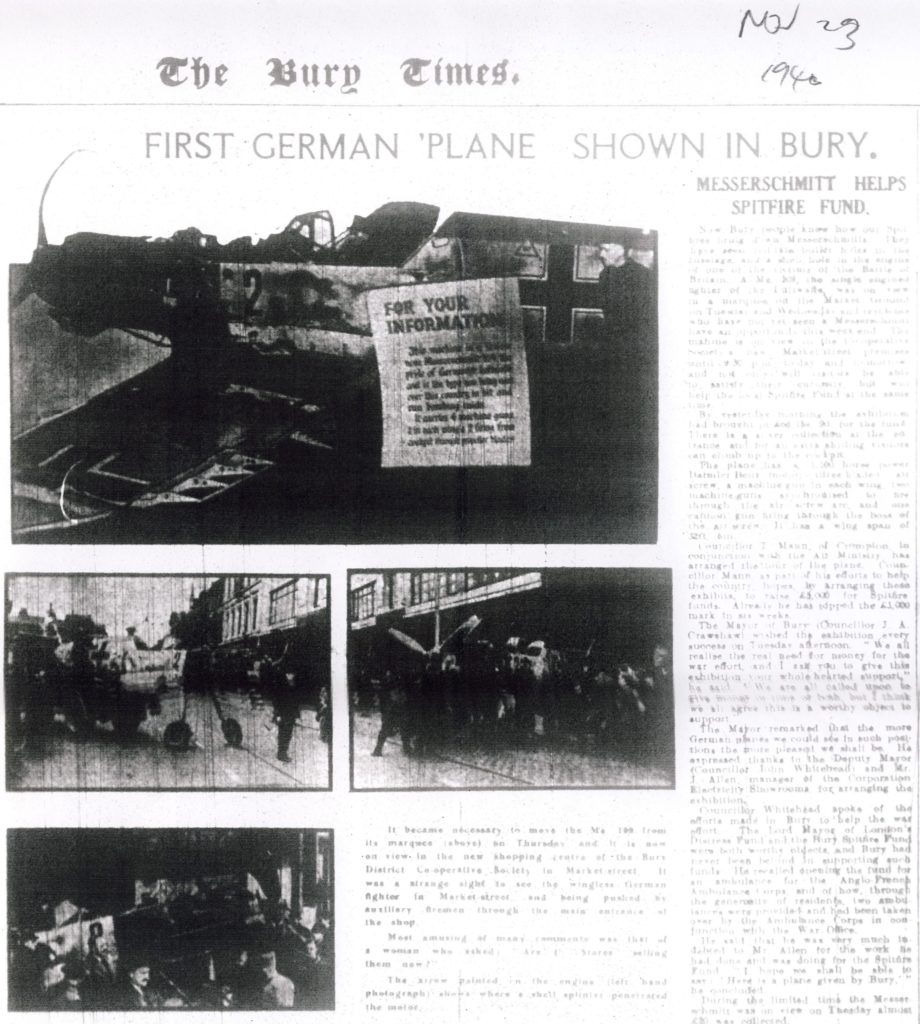 Messerschmitt Bf109, shot down in Kent, on display in the north-west of England.

Earlier this year while trawling through microfilm copies of the Bury Times from the war at the library, I came across this report from November 23 1940 of a Messerschmitt Bf109 being displayed in the town centre to raise money for the Spitfire Fund.

It was a very poor copy but I printed one off in the hope of later identifying the aircraft. There was very little to go off – just the number 2 on the fuselage – and the copy sat for a few months in a file on my computer labelled ‘Mystery 109’

However after scouring endless photos, websites and books, it can now be identified as Messerschmitt Bf 109E-1 WNr 3470 of 8/JG54.

It was shot down by a fighter over Dungeness in Kent. A bullet stopped the engine and the pilot, Uffz. Heinrich Elbers, managed to crash land in a field. His aircraft came to rest in a ditch at Finn Farm, Kingsnorth, Ashford.

Below;
In a ditch at Finn Farm near Ashford. Photo from Asisbiz 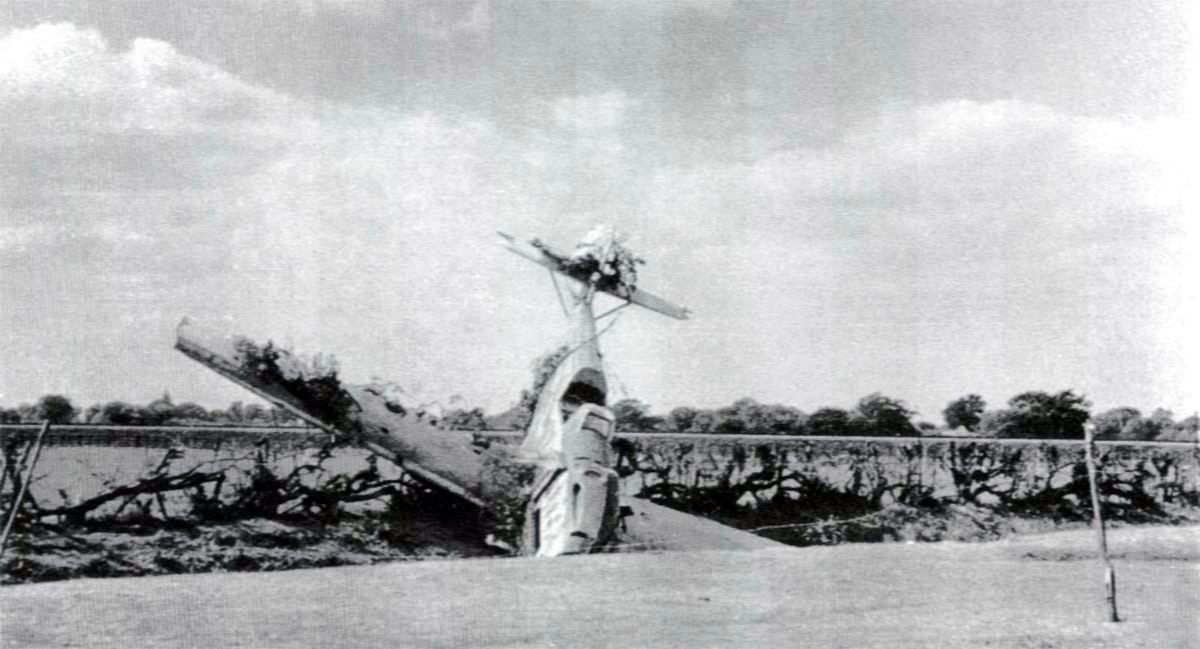 Below; Part of Kent, showing Kingsnorth near Ashford and Dungeness 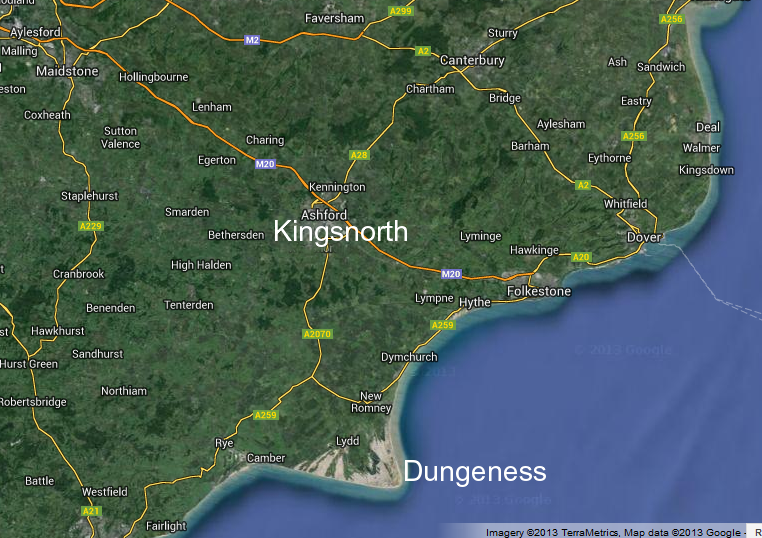 Unteroffizier Elbers was injured (he was shot in the foot) but survived and was taken prisoner, while his Bf109 was taken on tour around the country to raise money to buy more Spitfires.

The notice placed by the aircraft in the lead photo with the words “For your information” told the people of Bury that the “Messerschmitt 109 is the pride of Germany’s Luftwaffe and is the type now being used over this country in hit and run bombing raids. It carries 4 machine guns, 2 in each wing and 2 firing from cockpit through propeller blades.”

The Bury Times reported that it became necessary to move the aircraft off the street and inside “the new shopping centre of the Bury District Co-operative Society in Market Street… Most amusing of the many comments was that of a woman who asked “Are t’stores selling them now?”

Below; Bury Co-Operative store on Market Street, Bury, photographed here in the mid 50s. Although the Co-Op has now gone and other shops have come and gone over the years (Wimpey, Argos, Bon Marche) the original building remains. The National Archives says the “new ‘Emporium’ designed in 1936, but occupied by government offices during the war, and opened as a store in 1952” which seems to contradict the contemporary report of the Bury Times of 1940. Possibly the store was taken over later in the war? 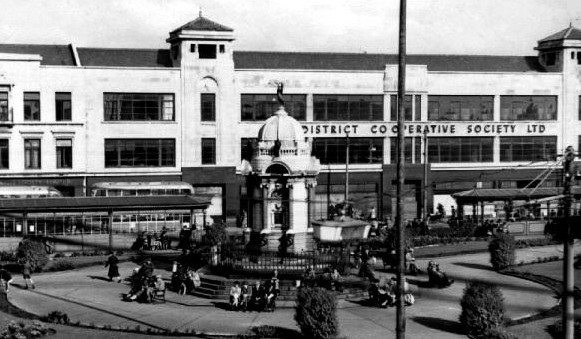 The photos and images below are all of the same aircraft as it toured the north west to raise funds.

On display in Blackpool 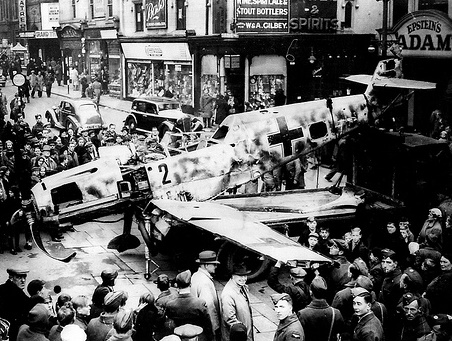 And here in Mossley. 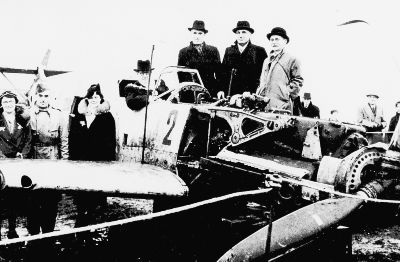 The Manchester Evening News later (incorrectly) wrote of this event “EXCITEMENT surrounded Mossley in 1944 when a German Messerschmitt 109 was brought to the town after it was shot down over Liverpool”.

It was put on show at Seel Park as part of the Spitfire Fund – which was started during the second world war to raise money for the war effort – and Mossley raised £71,966. The crowds flocked to the football ground to view the plane and discovered there were many bullet holes in the blades of the propeller, wings and the fuselage.The Home Guard stood nightly watch over the Messerschmitt, while members of the Women’s Voluntary Services manned the turnstiles during the day.” 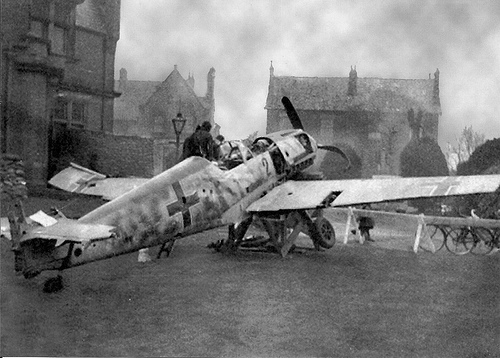 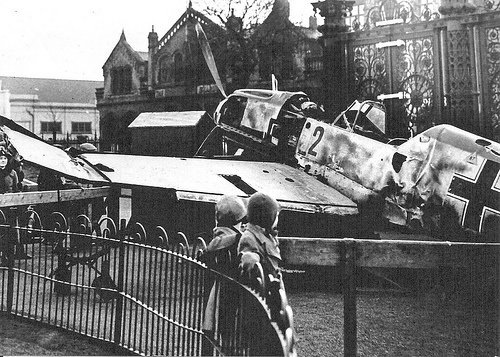 …and here at Altrincham 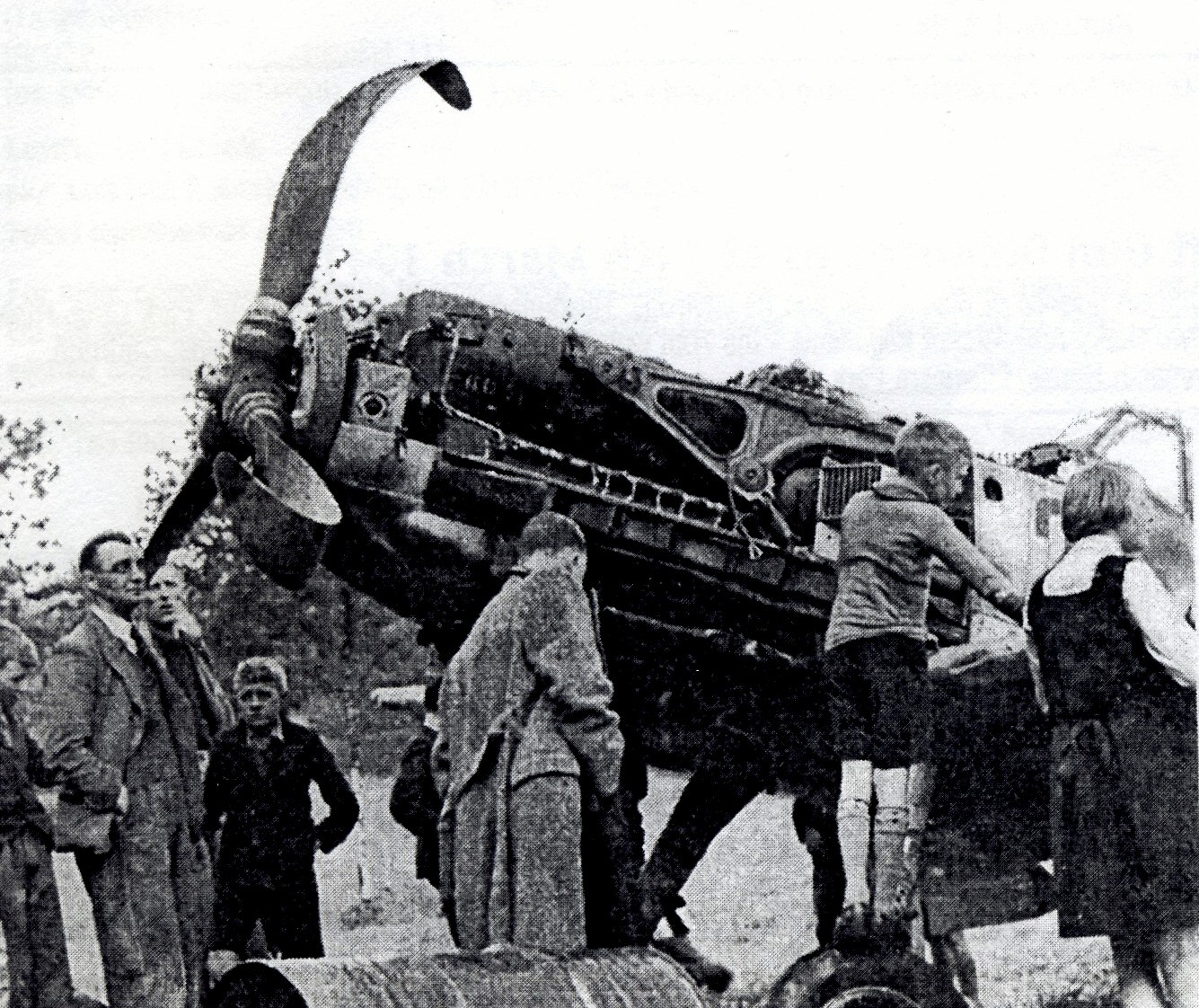 Another photo at Springbank Park, Altrincham 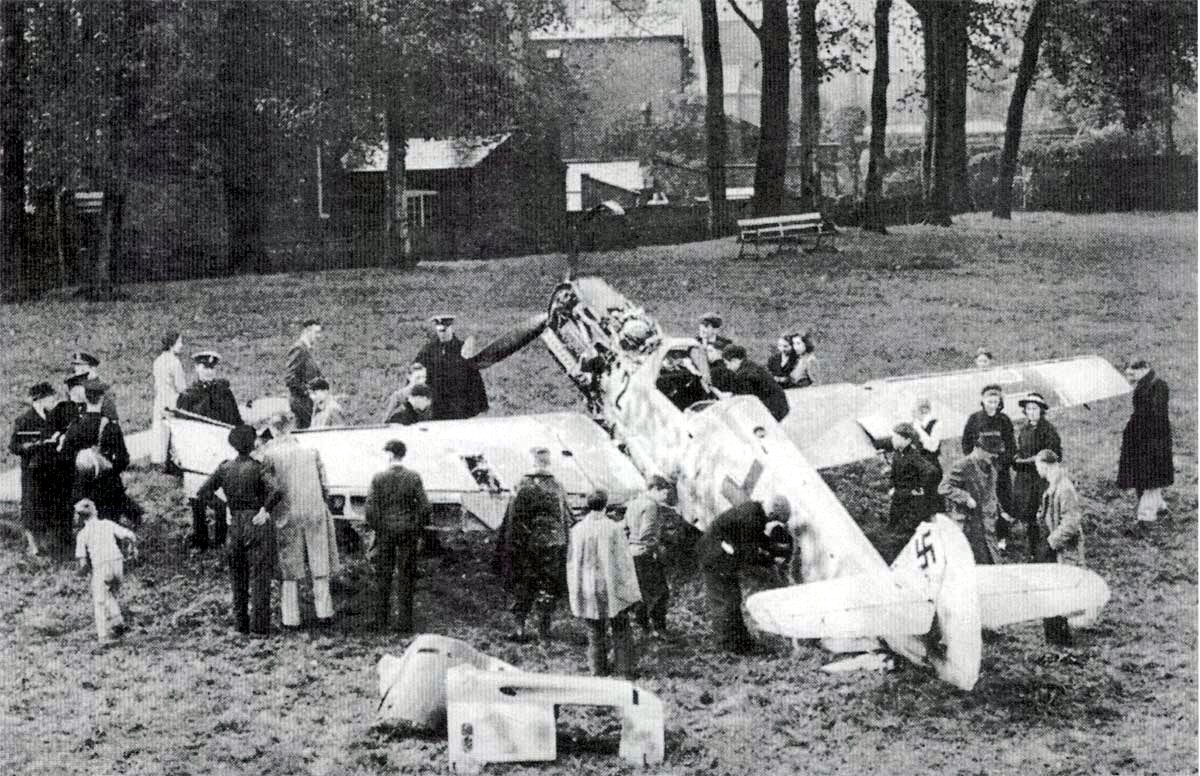 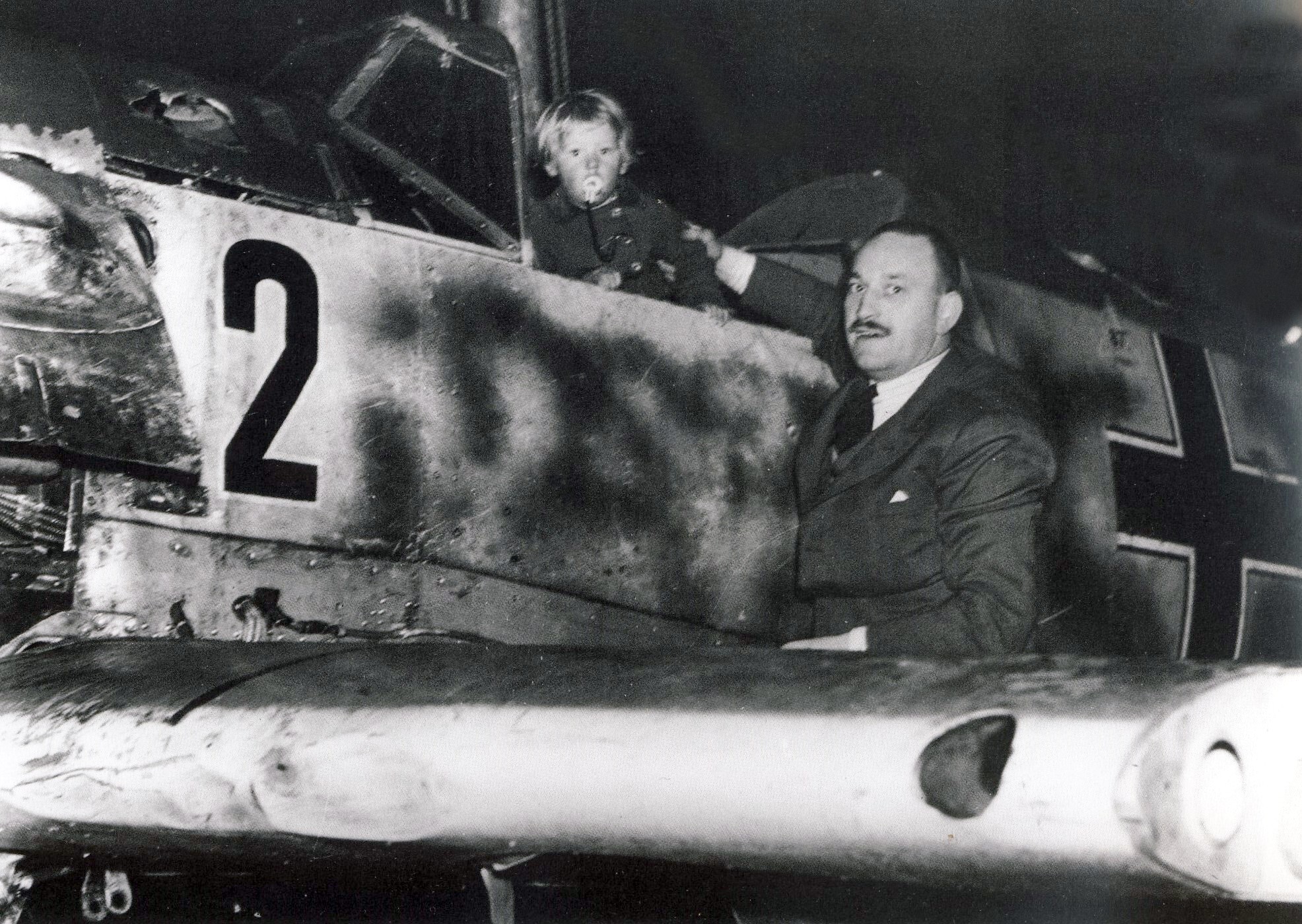 Black 2 on display at Ashton, November 11 1940. Newspaper copy courtesy of Peter G Nield who also identified the two locations above 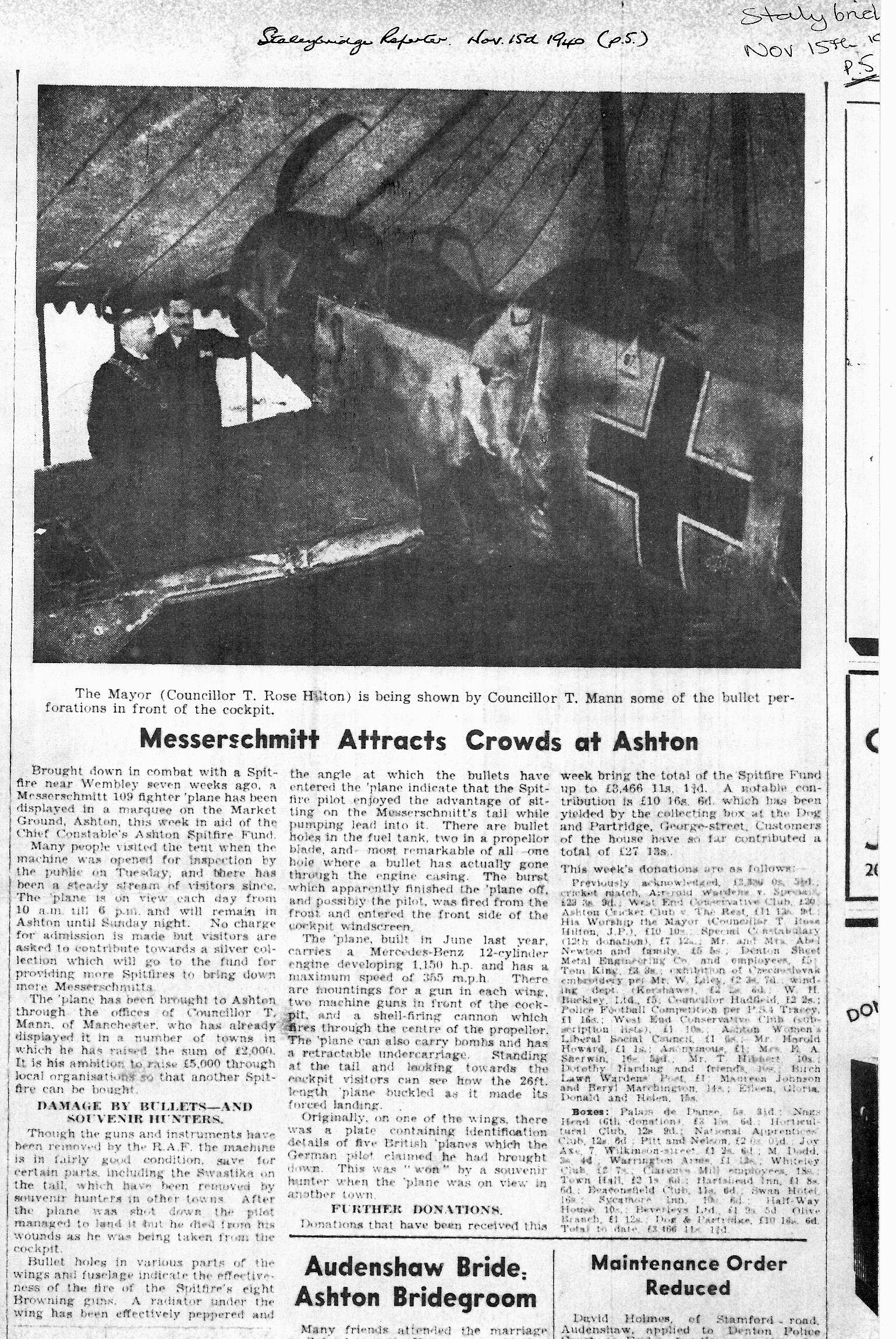 On display at Shaw in 1940 again courtesy of Peter G Nield. Note the dummy of Hitler hanging above the aircraft in the image top right. 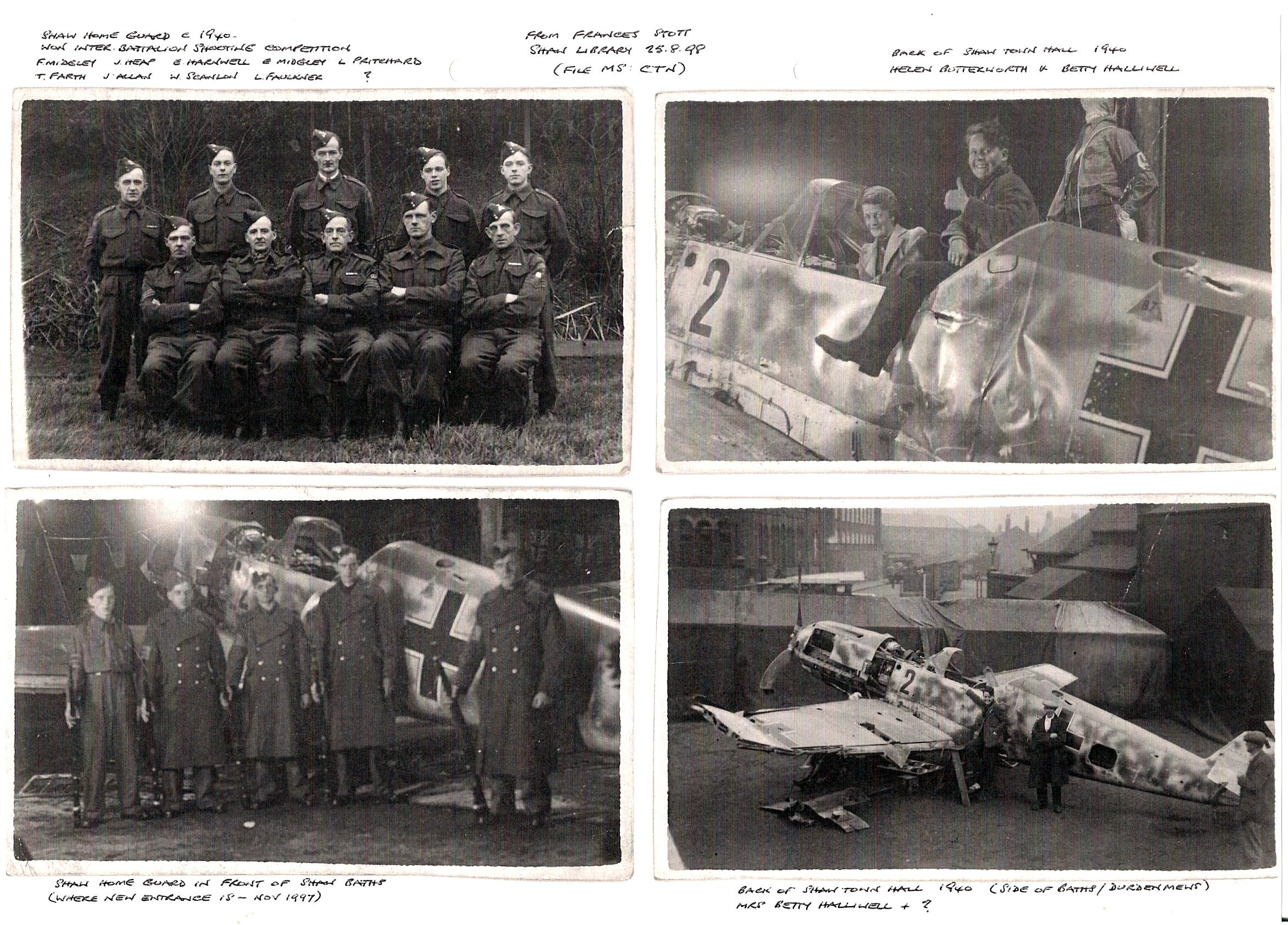 Below; Images of Bf109E-1 WNr 3470 used with permission from Asisbiz 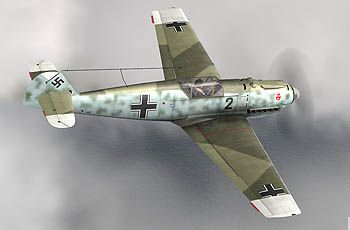 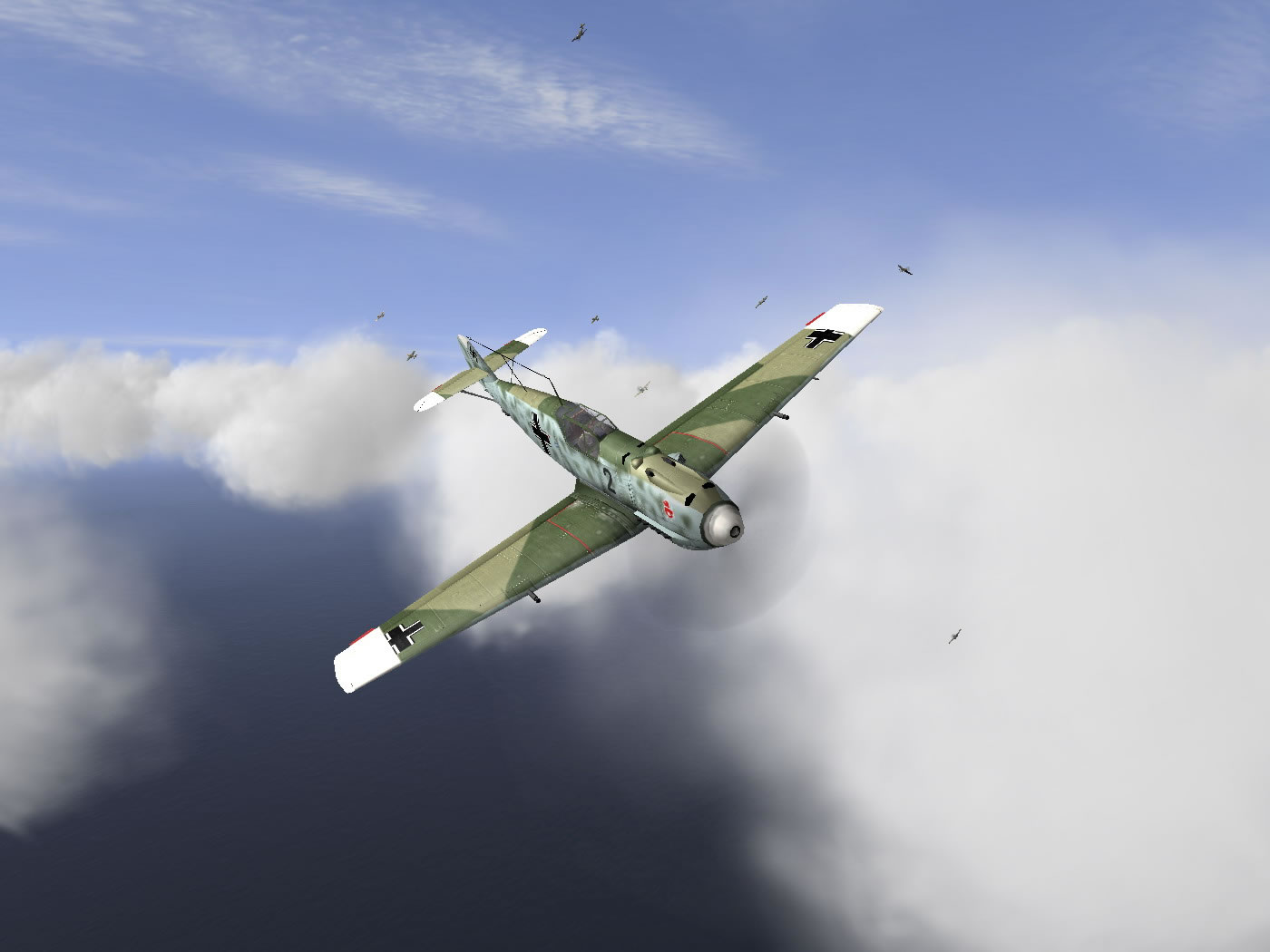