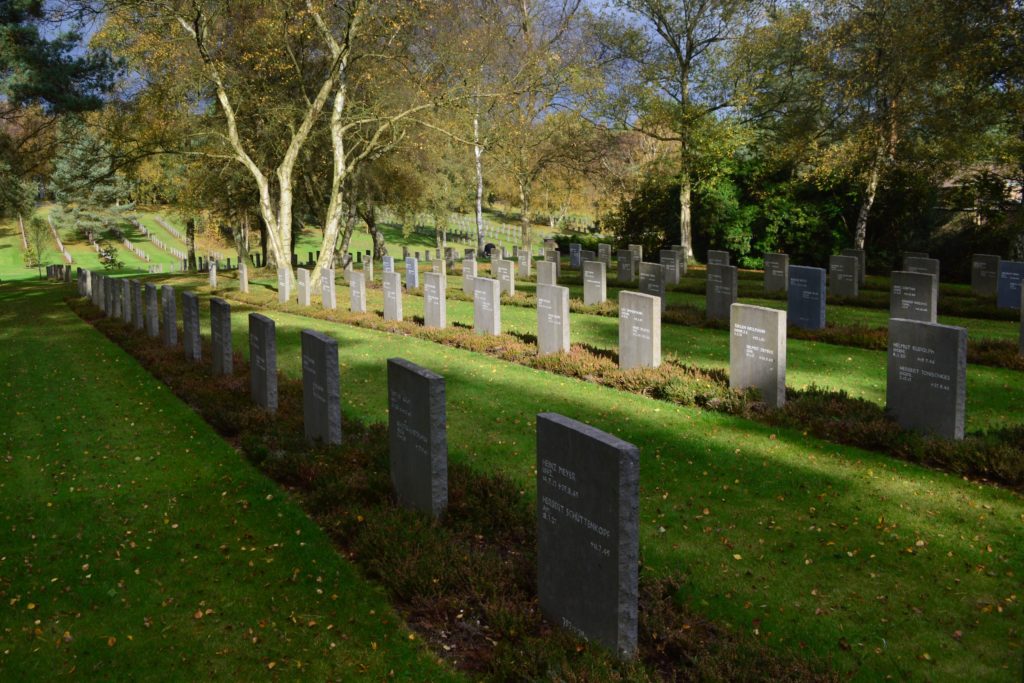 Most of the graves were transferred here from plots around the country in the early 1960s, the location apparently chosen because the Cannock Chase is reminiscent of the forested parts of Germany. There are nearly 5,000 graves here, two fifths from WWI the rest from WWII. The men died in Britain, either in combat or in prisoner of war camps. 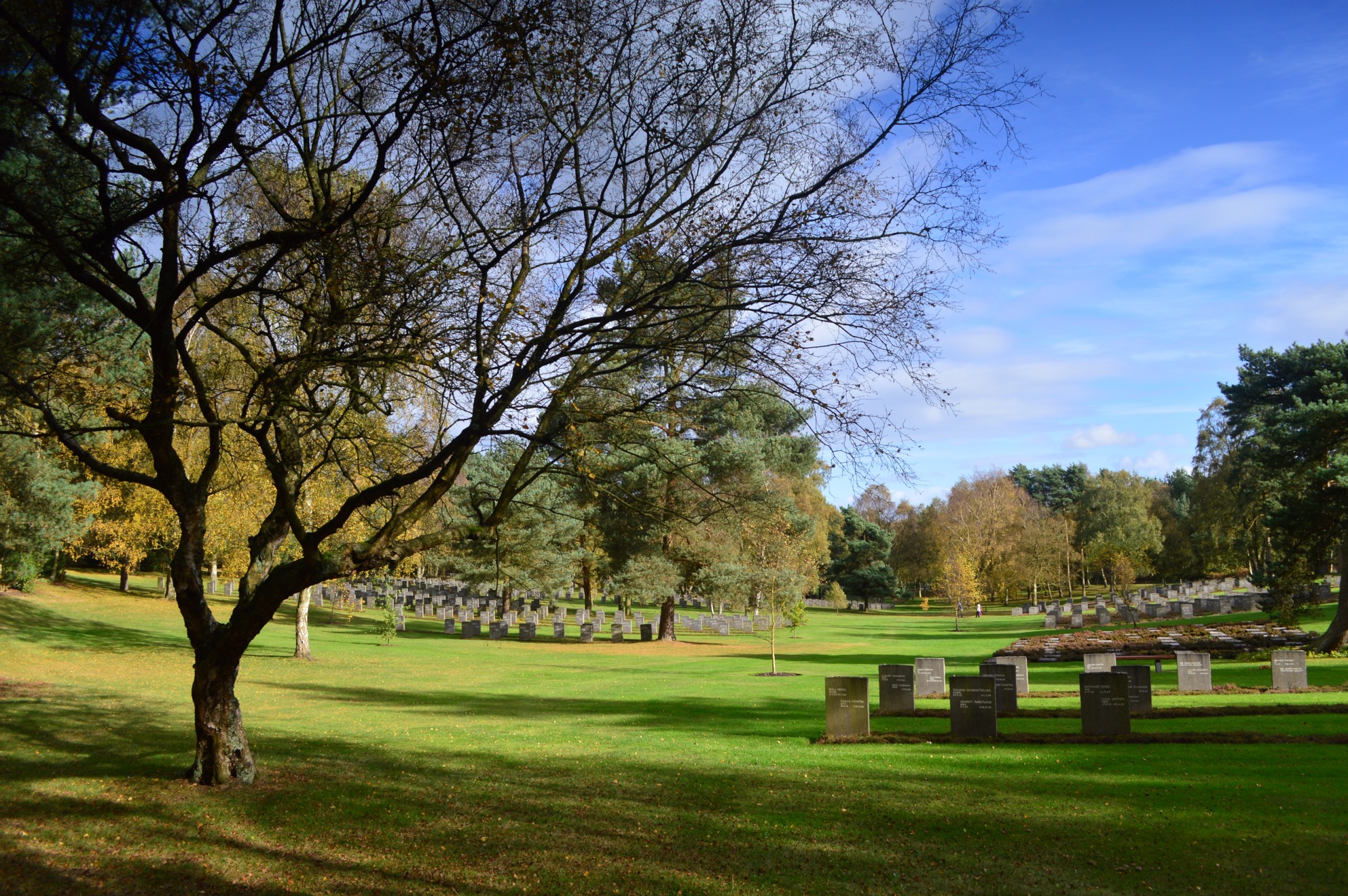 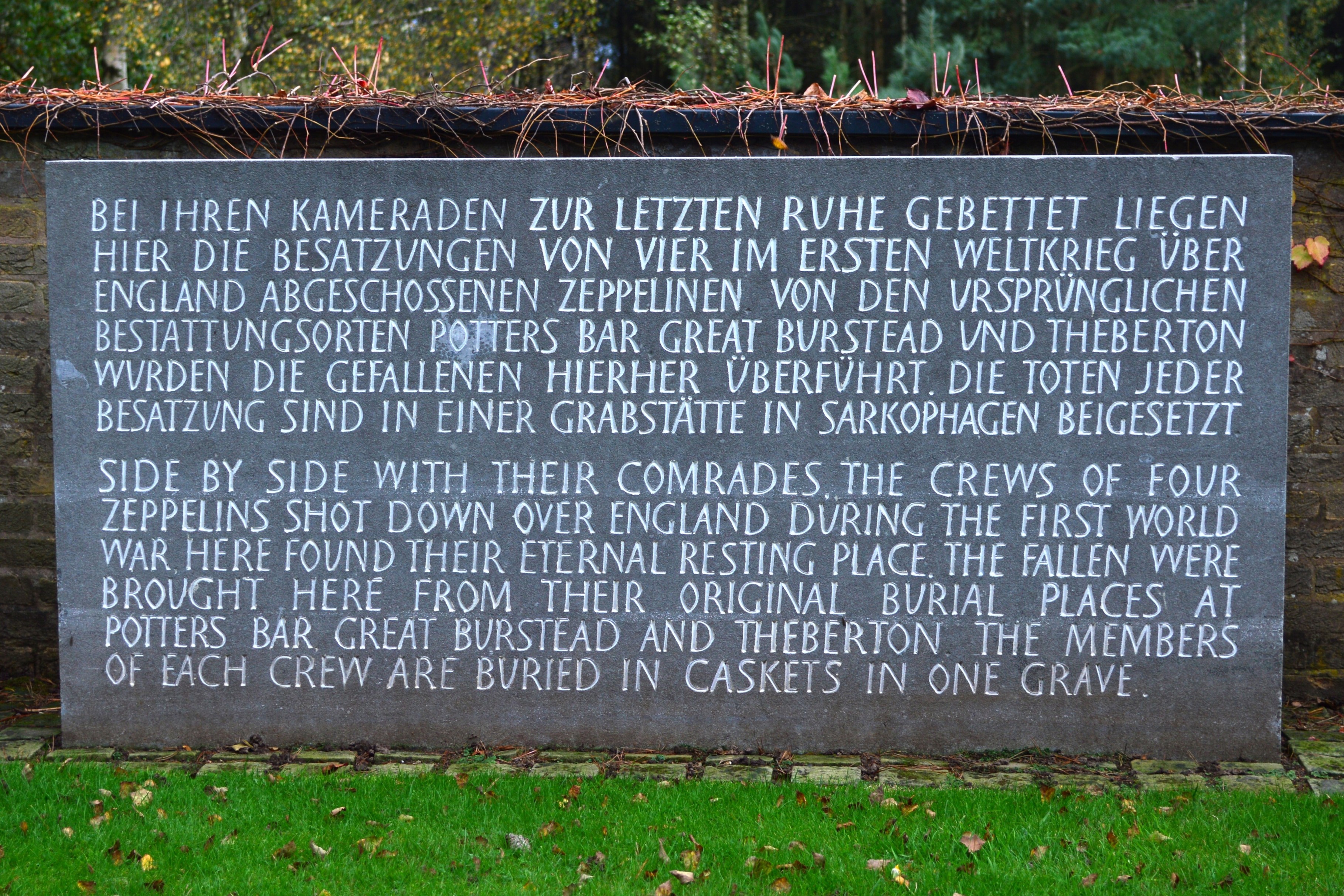 Below; entrance to the cemetery 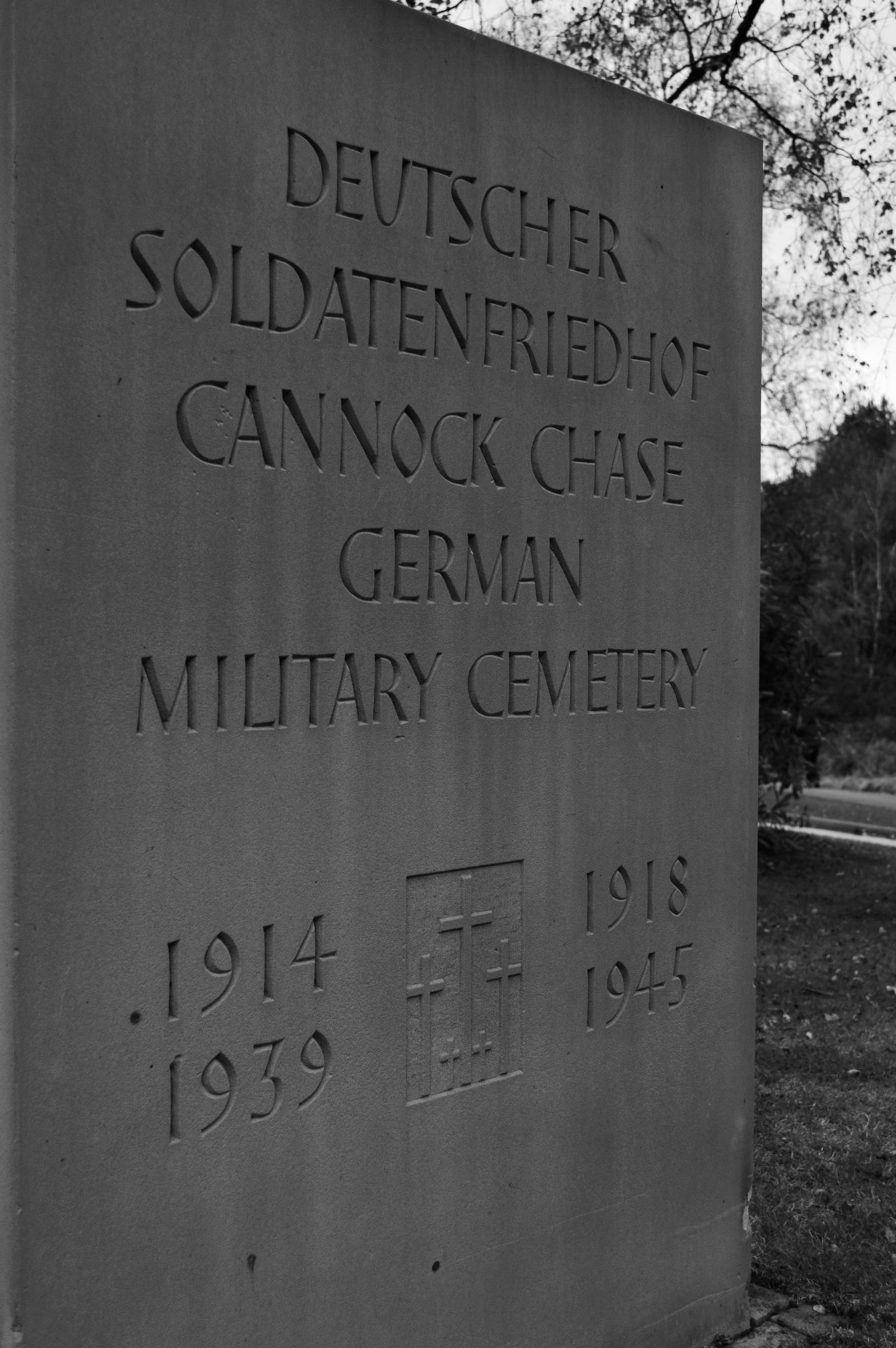 Below; the graves of the crew of a bomber which crashed on the Staffordshire moors. See this photo for details of that crash. 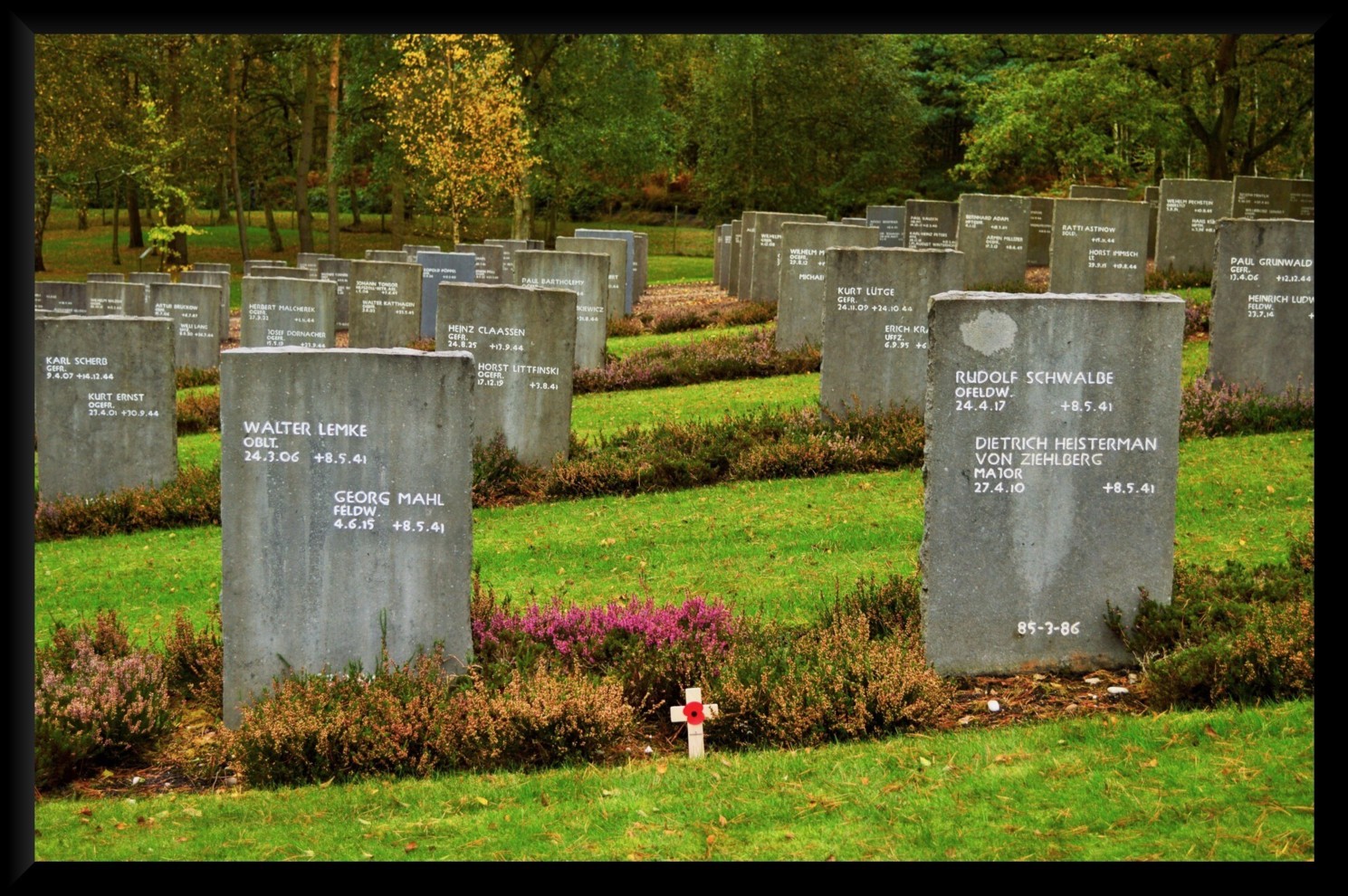 Founded by Dr. Siegfried Emmo Eulen, the VDK has existed since the end of the First World War. Only about one in ten dead German soldiers were buried in Germany, thus necessitating the creation of cemeteries. The logo of the organisation – a tall cross surrounded by smaller crosses – was created in 1926 and has existed ever since, except during the Nazi era when Hitler changed the ethos of remembrance to one of hero worship. Germany’s military dead are remembered on Volkstrauertag (the people’s memorial day) which is on the second Sunday before Advent.

The Volksbund is now a foundation for remembrance and peace.

There are cemeteries worldwide but those in former Soviet territory were more difficult to establish because the graves have been lost, built on, destroyed or simply not recorded. Some resentment against Germany extended to a small demonstration as late as 2000 when the Sologubovka Cemetery was created, the cemetery containing the graves of 30,000 Germans killed during the siege of Leningrad.

Close by the Cannock Chase cemetery is one of the few purpose built dedicated CWGC cemeteries in the UK (most CWGC graves in Britain are in individual cemeteries and churchyards). 286 Germans who died at Brocton Internment camp are buried here along with a large number of New Zealanders. Many of them died during the flu pandemic of 1918 which killed millions of people globally. 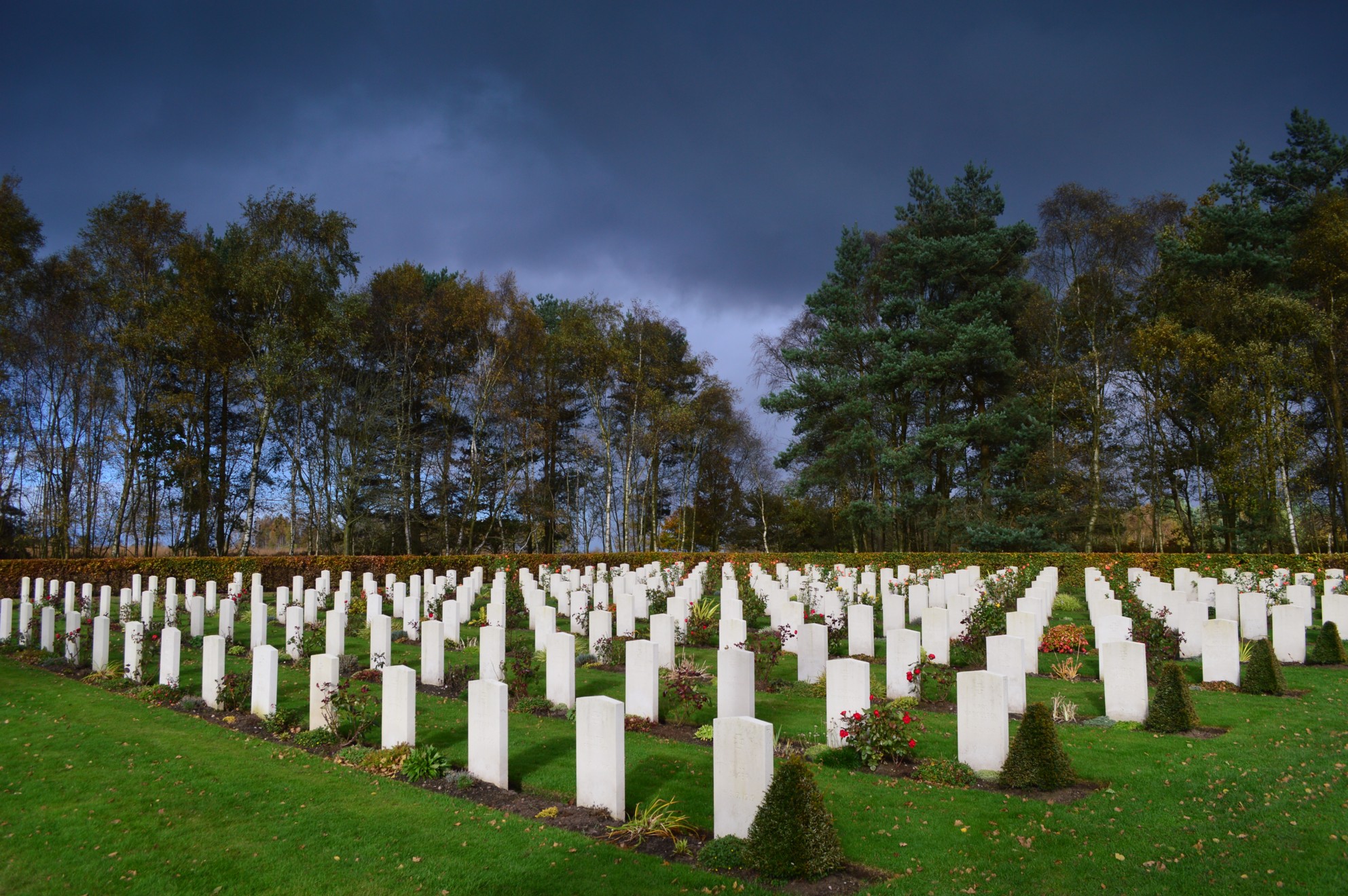 Below; Another German military cemetery, this is at La Cambe in Normandy. The tumulus contains nearly 300 bodies. 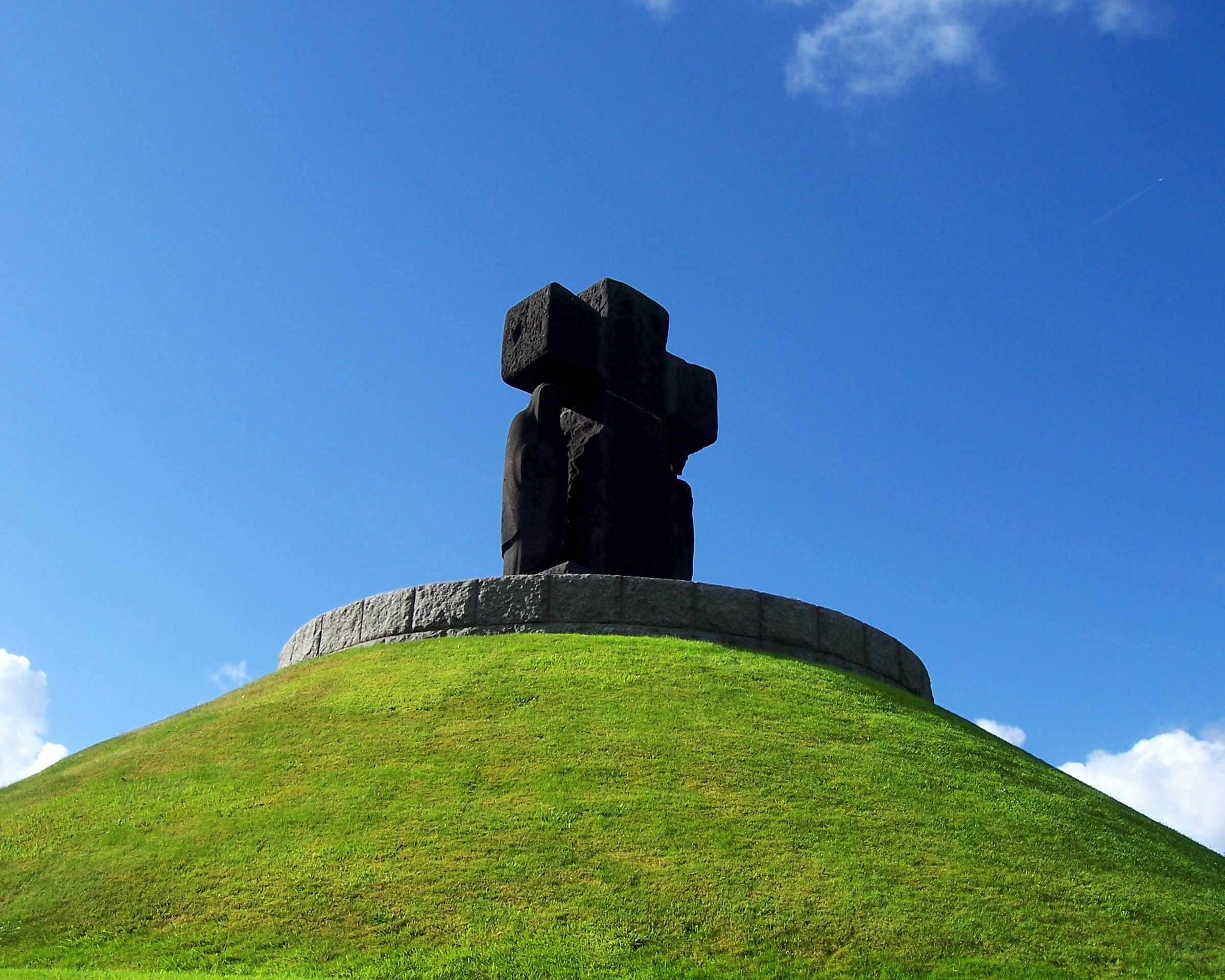 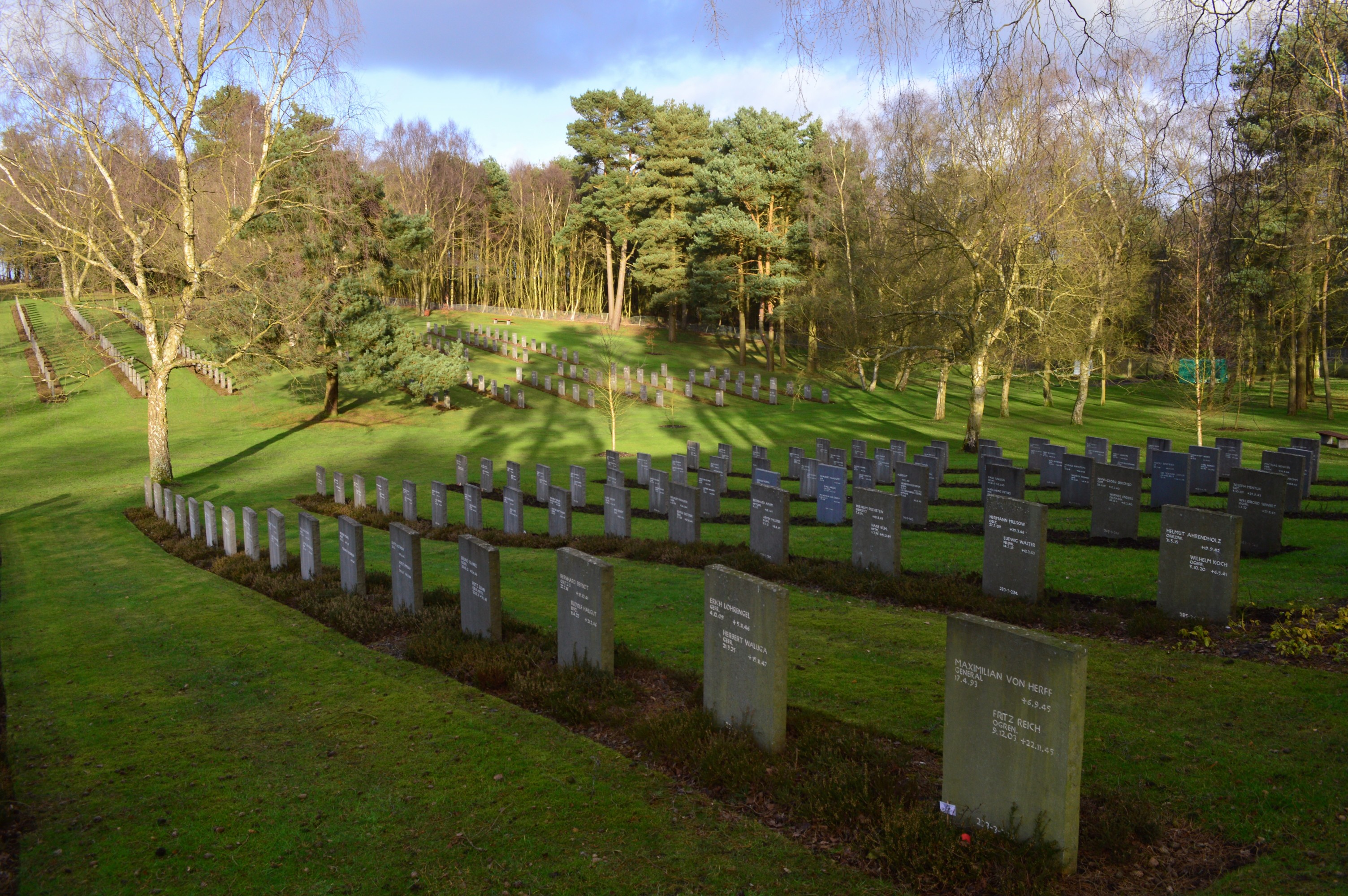 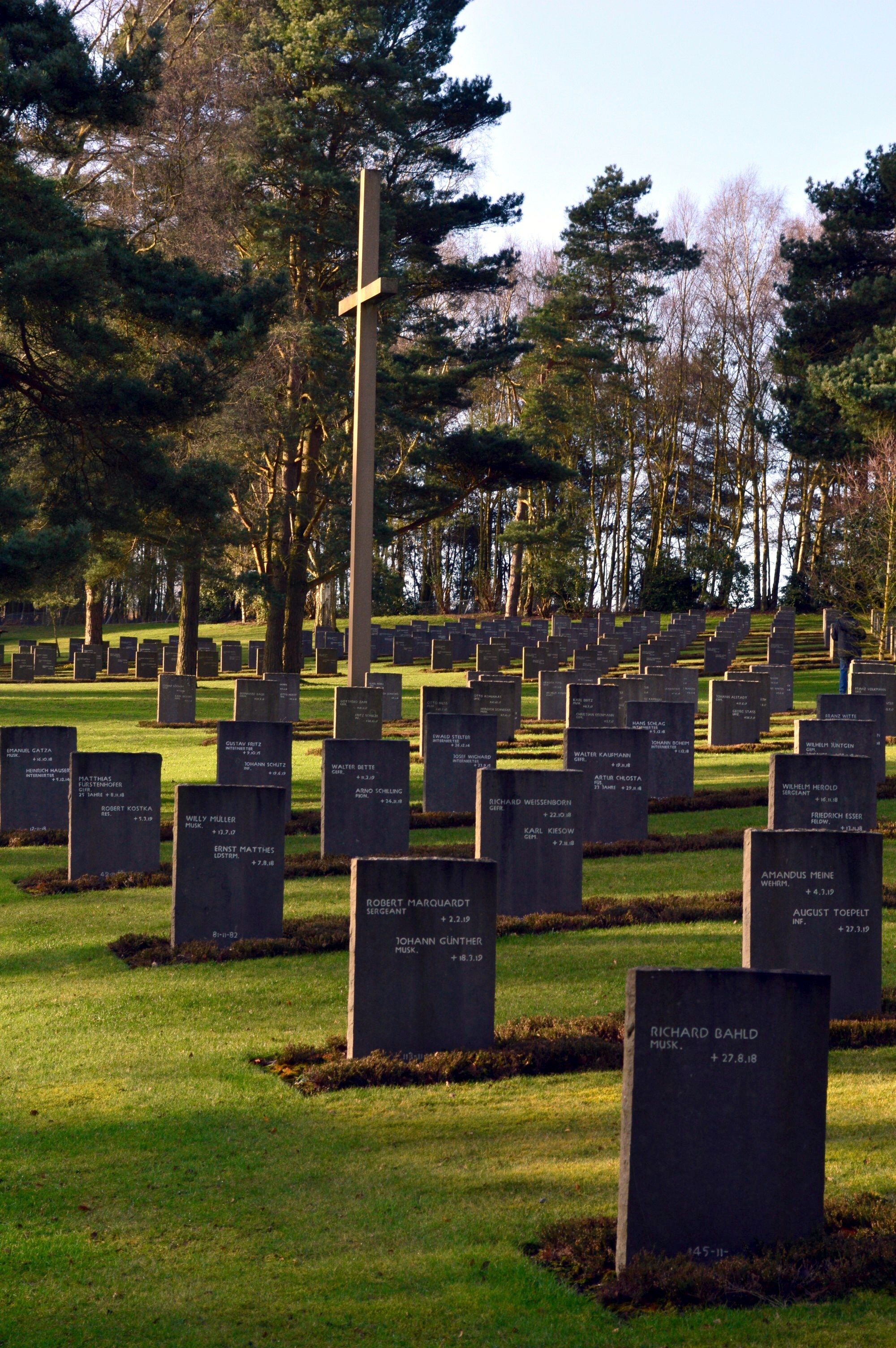 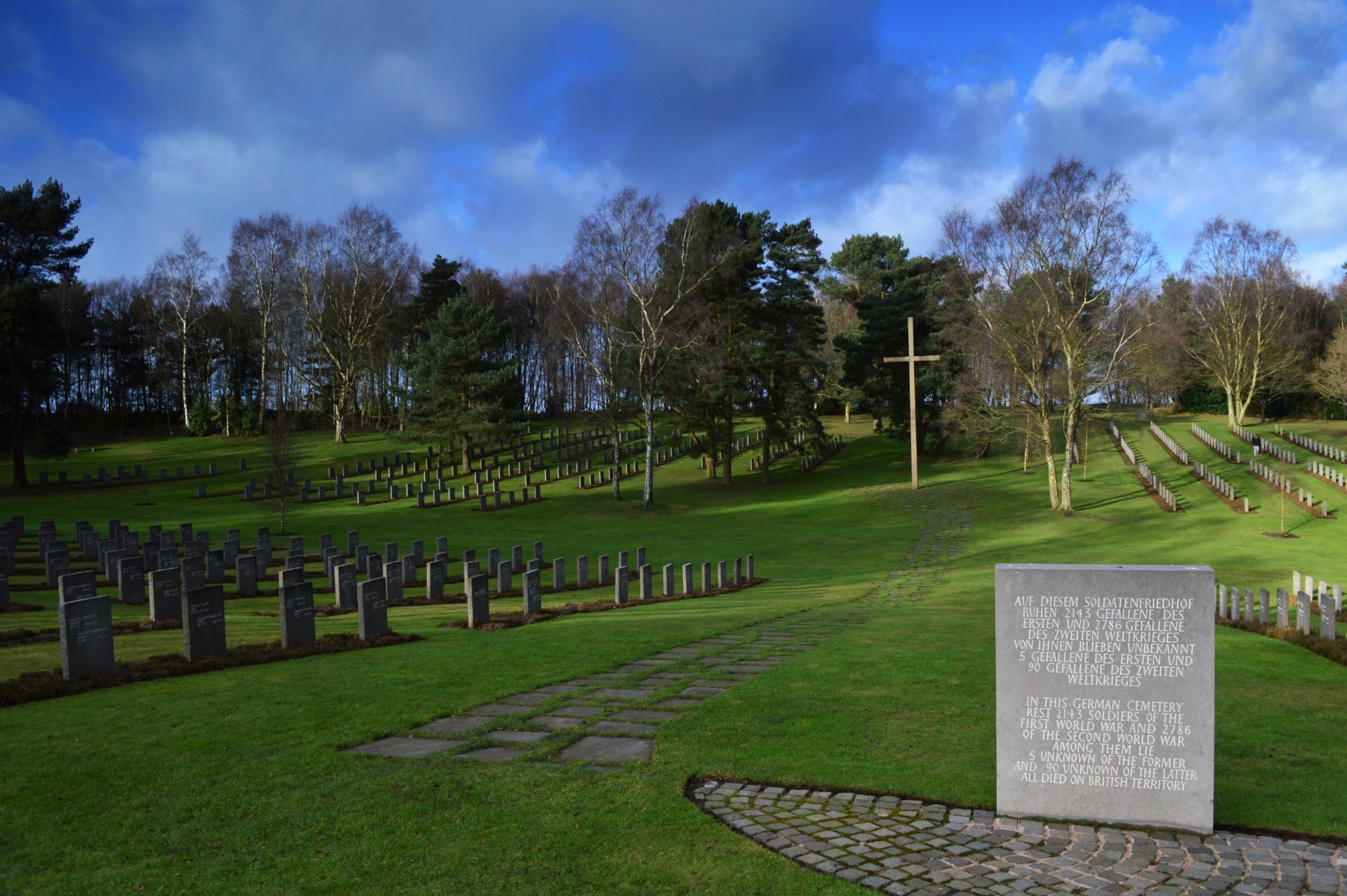 Below; Photos from the nearby ‘Cannock Chase Katyn Memorial.’ 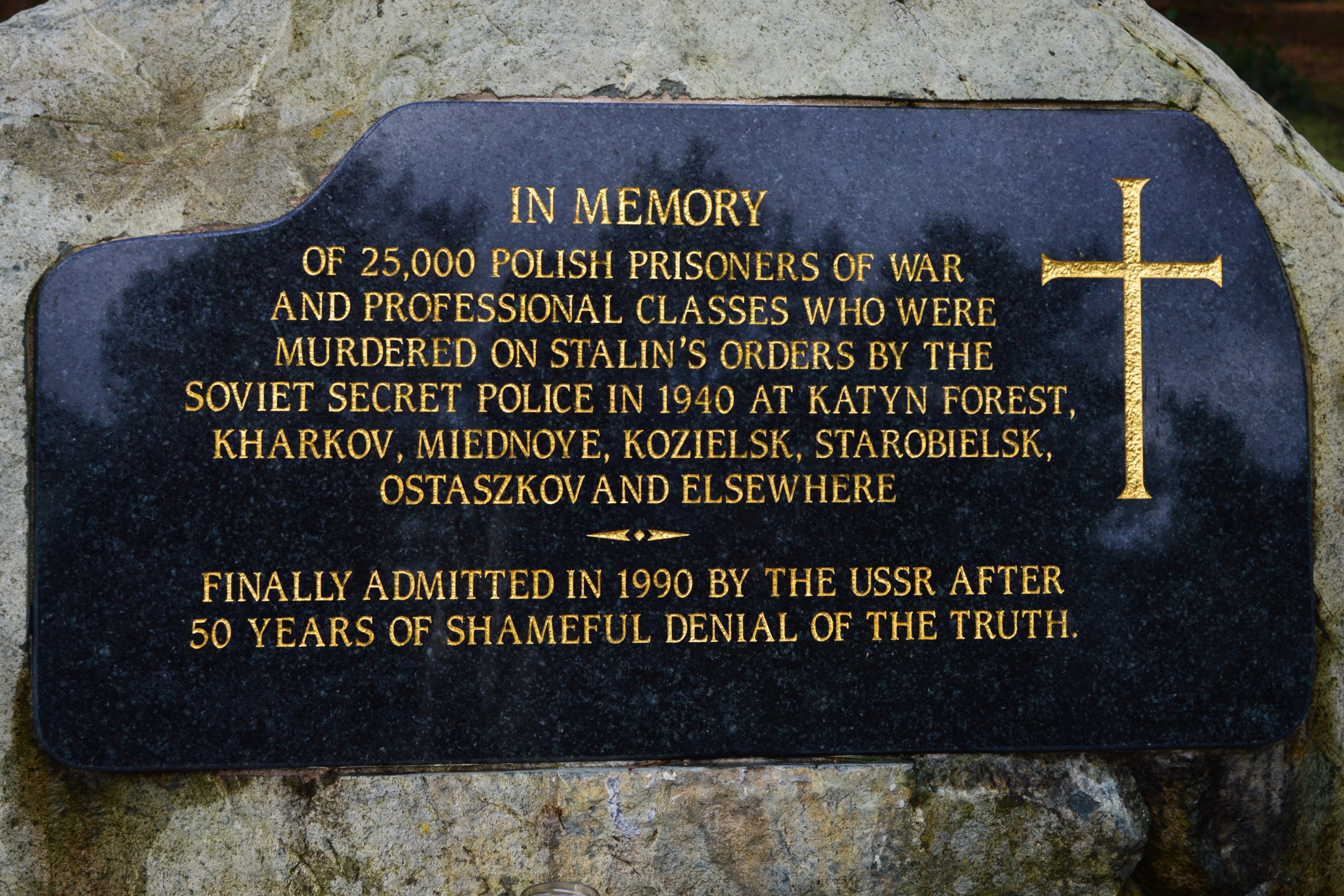 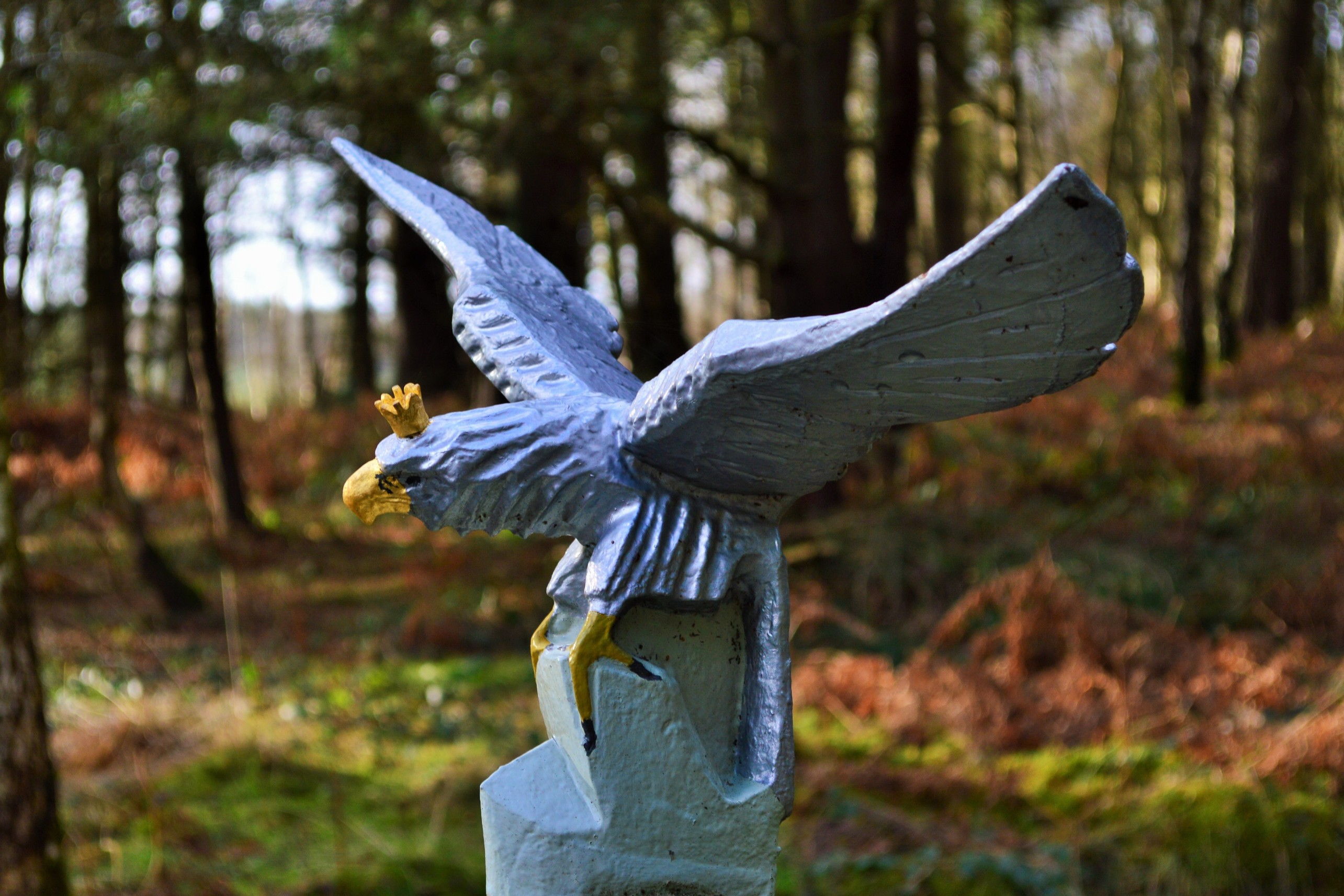 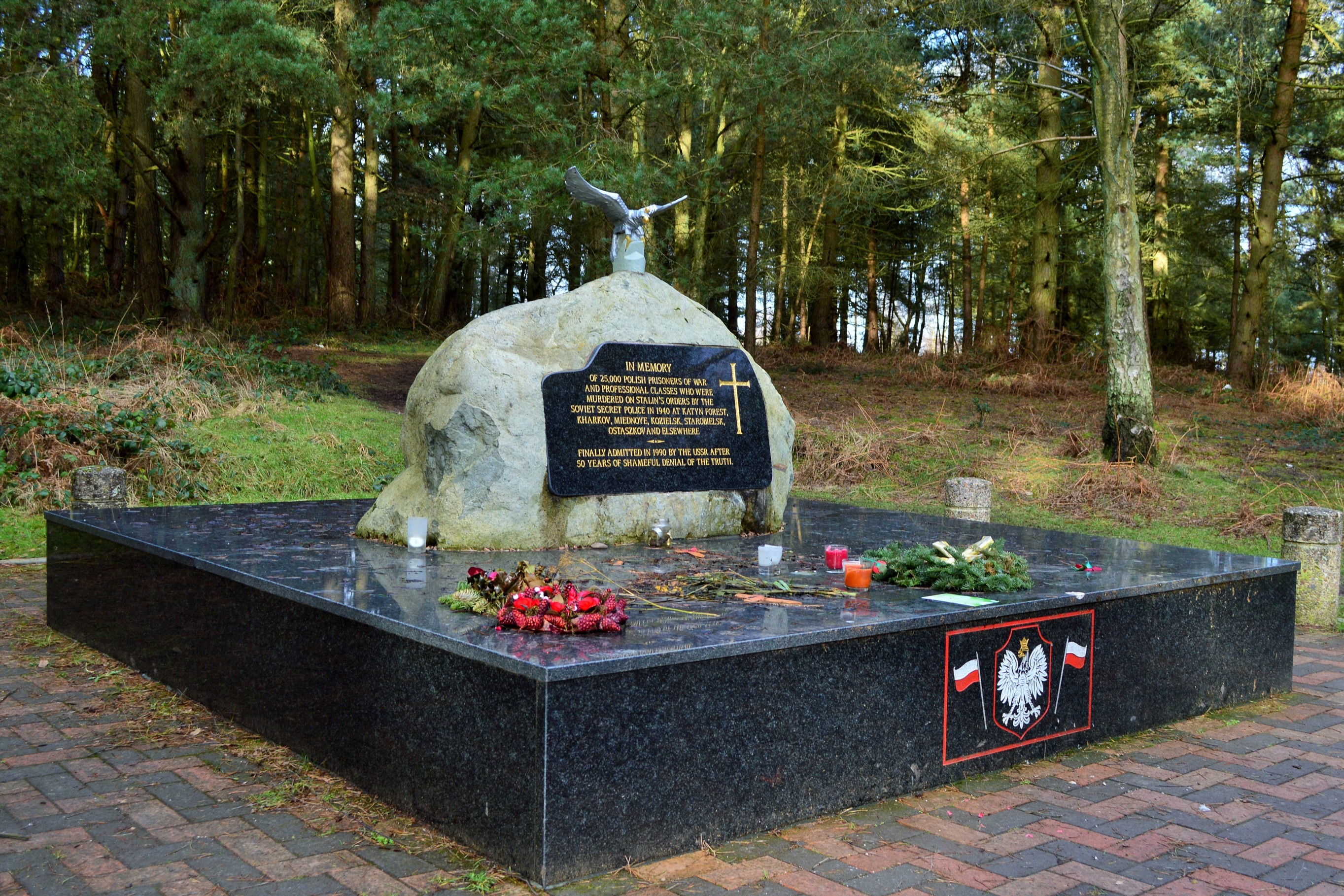