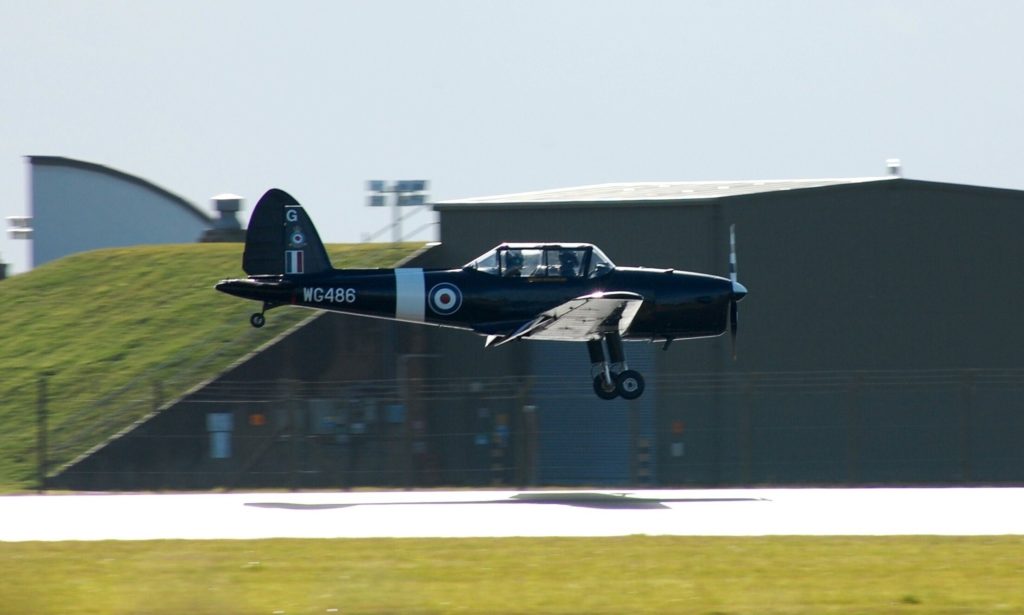 One of two Chipmunks with the Battle of Britain Memorial Flight, they are used to train pilots in handling vintage aircraft.

WG486 was built in 1951. Although primarily a trainer, it was used for reconnaissance patrols in Cyprus and between 1987 and the fall of the Berlin Wall 2 years later, WG 486 undertook low level photo recon operations over Warsaw Pact territory from RAF Gatow in West Berlin.