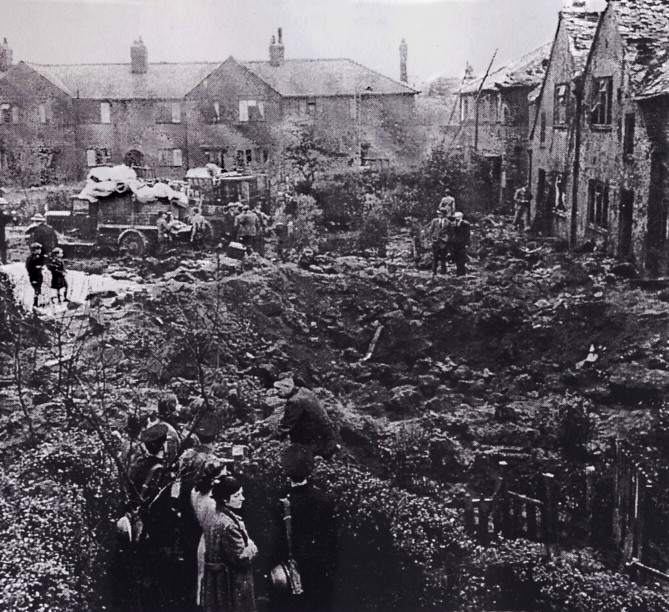 In the early hours of October 1st 1940, a high explosive bomb fell in the garden of a house on Prestbury Avenue, Moss Side.

It appears there were no casualties in Prestbury Avenue. The residents of Yew Tree Avenue, just a few hundred metres to the north, were not so lucky. 8 people were killed and 5 were injured. Laurel Avenue was also hit hard during the raid.

There were 49 air raids on Manchester that month, with bombs also falling on Didsbury, Prestwich, Sale, Altrincham and Trafford Park.

Photo edited slightly to highlight the figures in the foreground.

Prestbury Avenue as it is now.

Many thanks to Danmurray83 of Prestbury Avenue for pointing out the precise location of the photo above. The elevated pov means it was likely to have been taken from inside one of the houses behind. This was as close as I could get and I chose a bad time, with the sun right behind the buildings on the right. Still it is a lot better than the first photo I took. 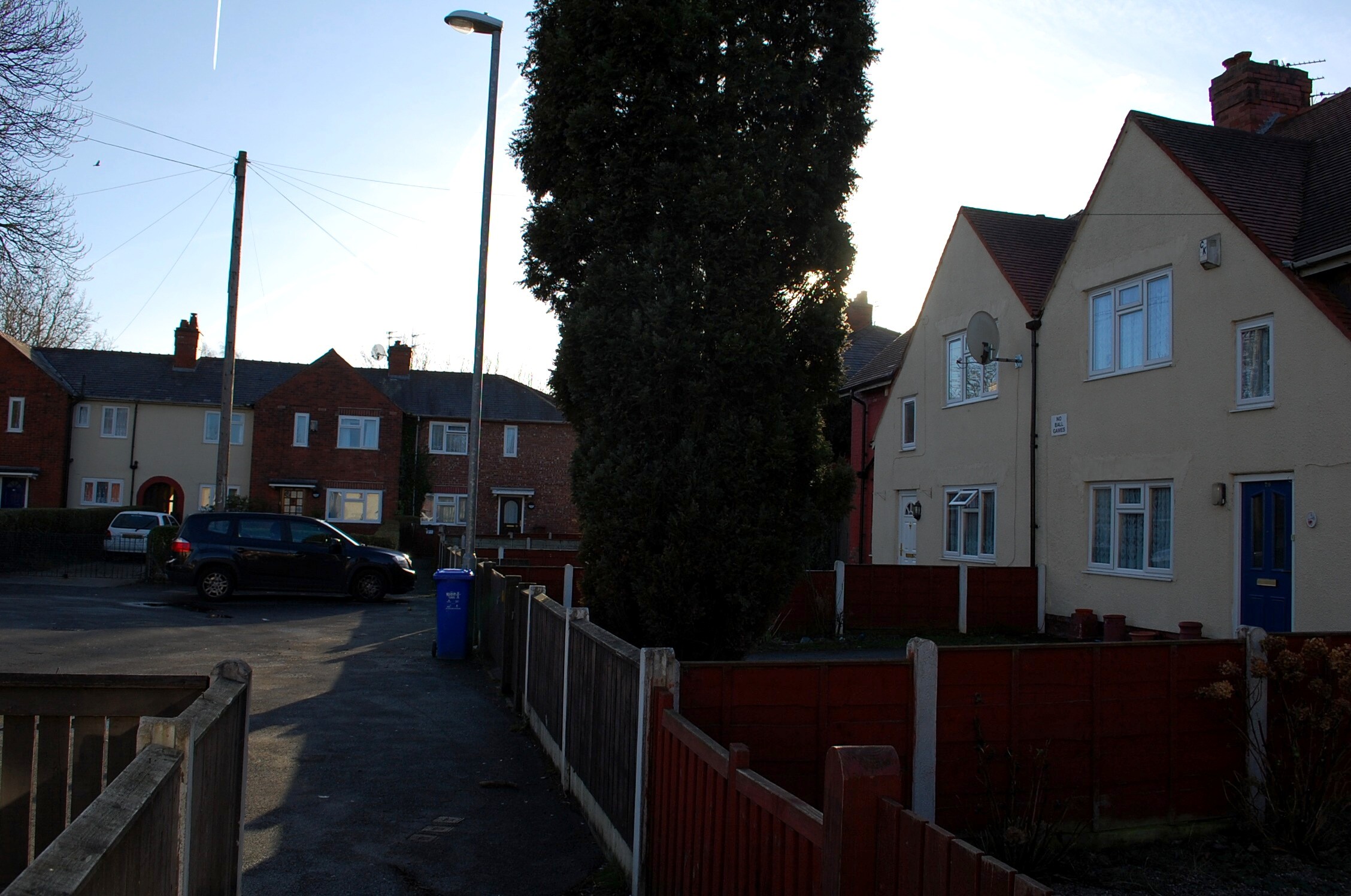