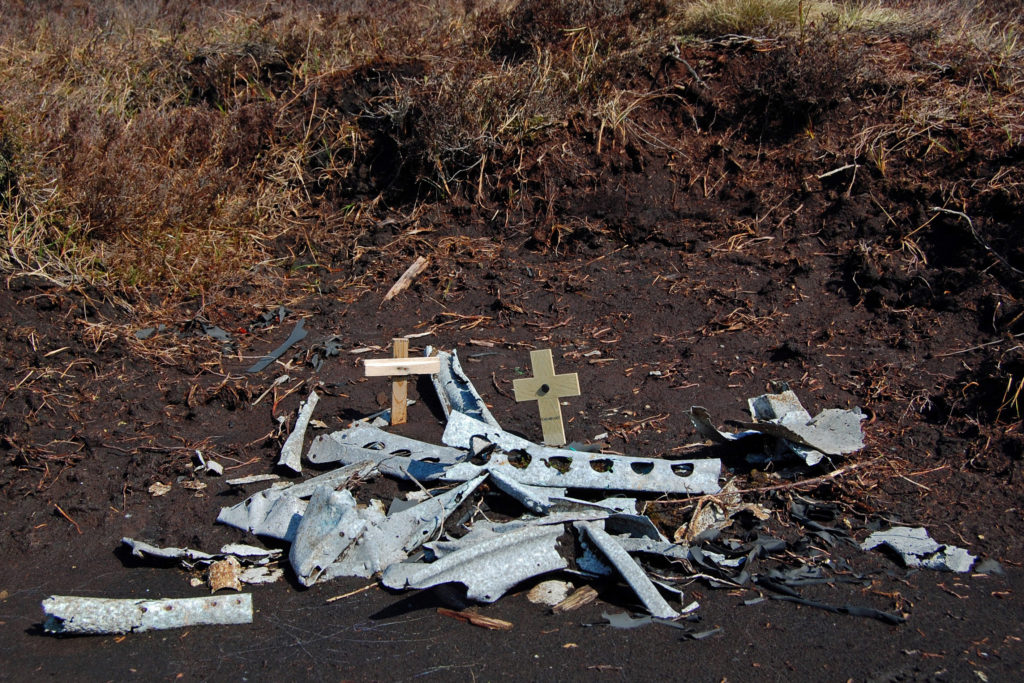 The Canadian crew of this Wellington had successfully bombed U-Boat pens in Lorient, France and were returning to their base near Darlington on 26 January 1943. Due to navigational errors in poor weather, Pilot Officer Carl A Taylor (an American with the RCAF) descended through the cloud expecting to see the flat farmland of Teesside.

All 6 crew members survived the crash.