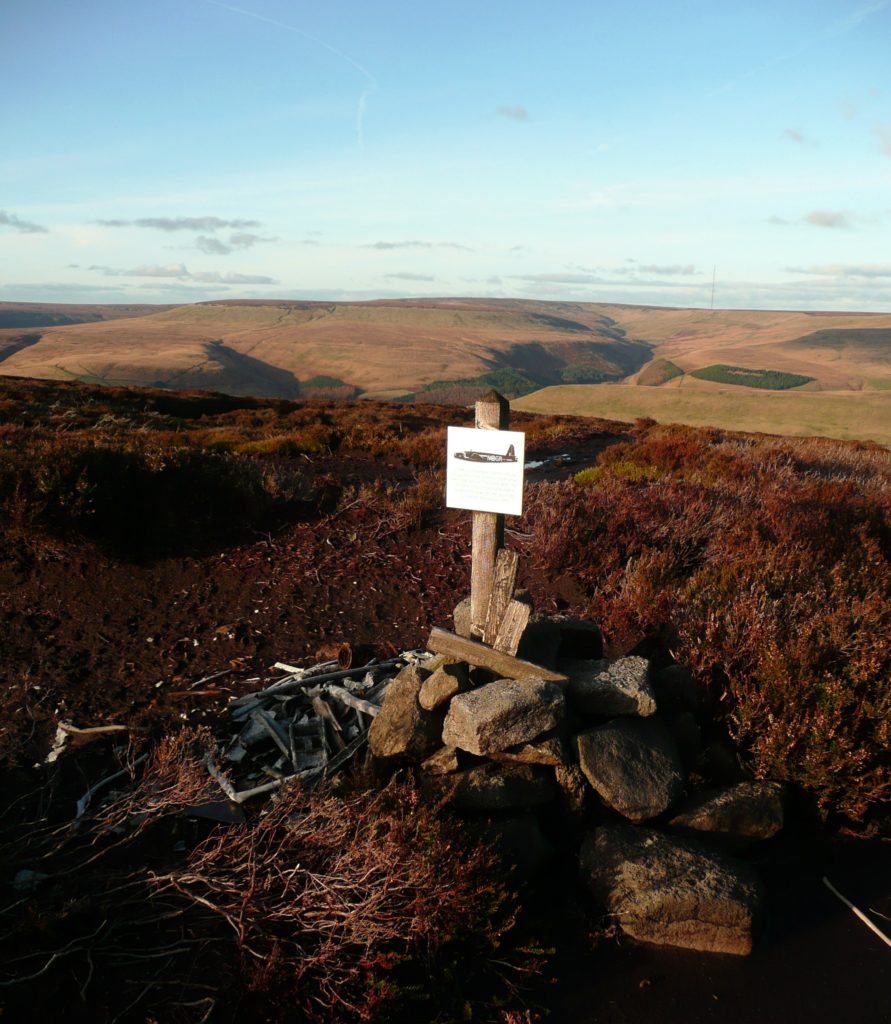 Crashed in poor visibility on 30 January 1943. 2 of the 5 crew survived.
Flight Lieutenant Anthony Winter Lane, Pilot Officer Charles Douglas Brown, and Sgt Raymond Gerard Rouse were killed. Pilot Officer Grisdale and Sgt Miller were injured.
This was a training flight. Those killed were in the nose of the Wellington.

This photo appeared in the Feb 2009 issue of Britain At War magazine.