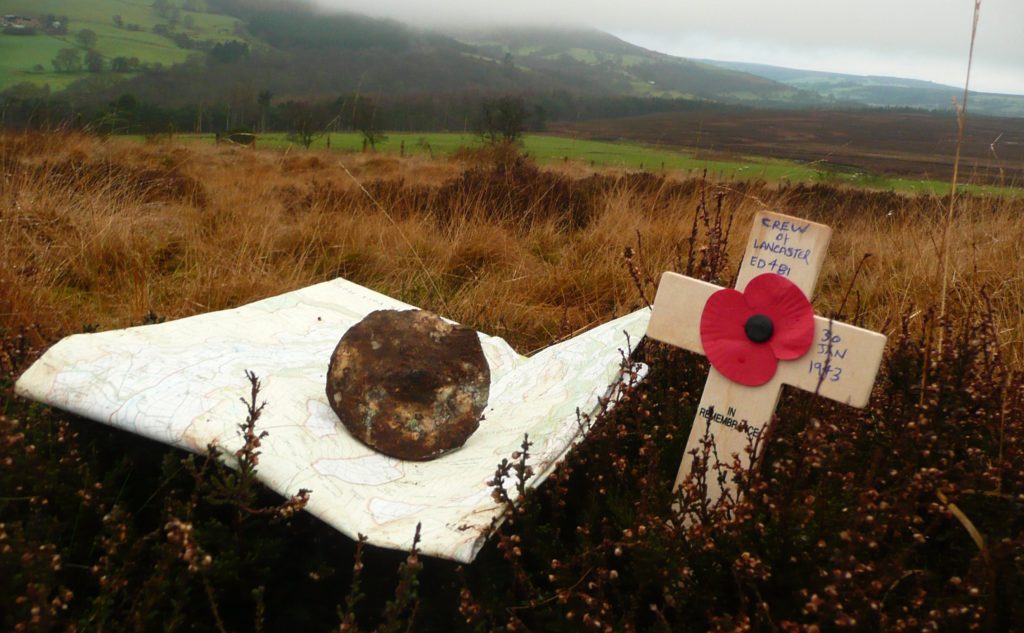 31 January 1943. Lancaster ED481 crashed close to the village of Hawnby in North Yorkshire while returning from a bombing raid on Hamburg. Diverted to another airfield, it is thought the crash was due to the Lancaster running out of fuel and / or losing power to its engines. All on board were killed.

The pilot was American but served with the RCAF. The Flight Engineer was Canadian, the Navigator was Welsh and the Rear Gunner was from South Africa. The rest were all English.

Photo of a Lancaster bomber of 1 Group taken over Hamburg;
Lancaster ED481 crashed returning from this very air raid, 31 January 1943.
The caption says the raid was carried out by Lancasters of Groups 1,5 and 8.
Lancaster ED481 was with 5 Group based at RAF Waddington. 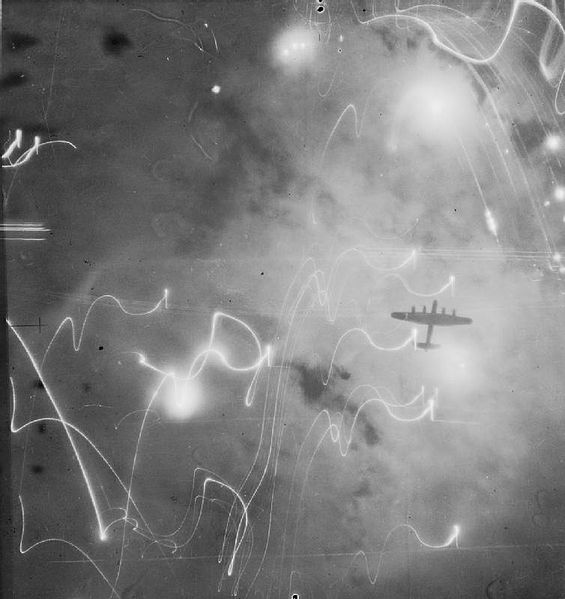 We planted the cross and buried the fragment of debris close to this spot before moving on. 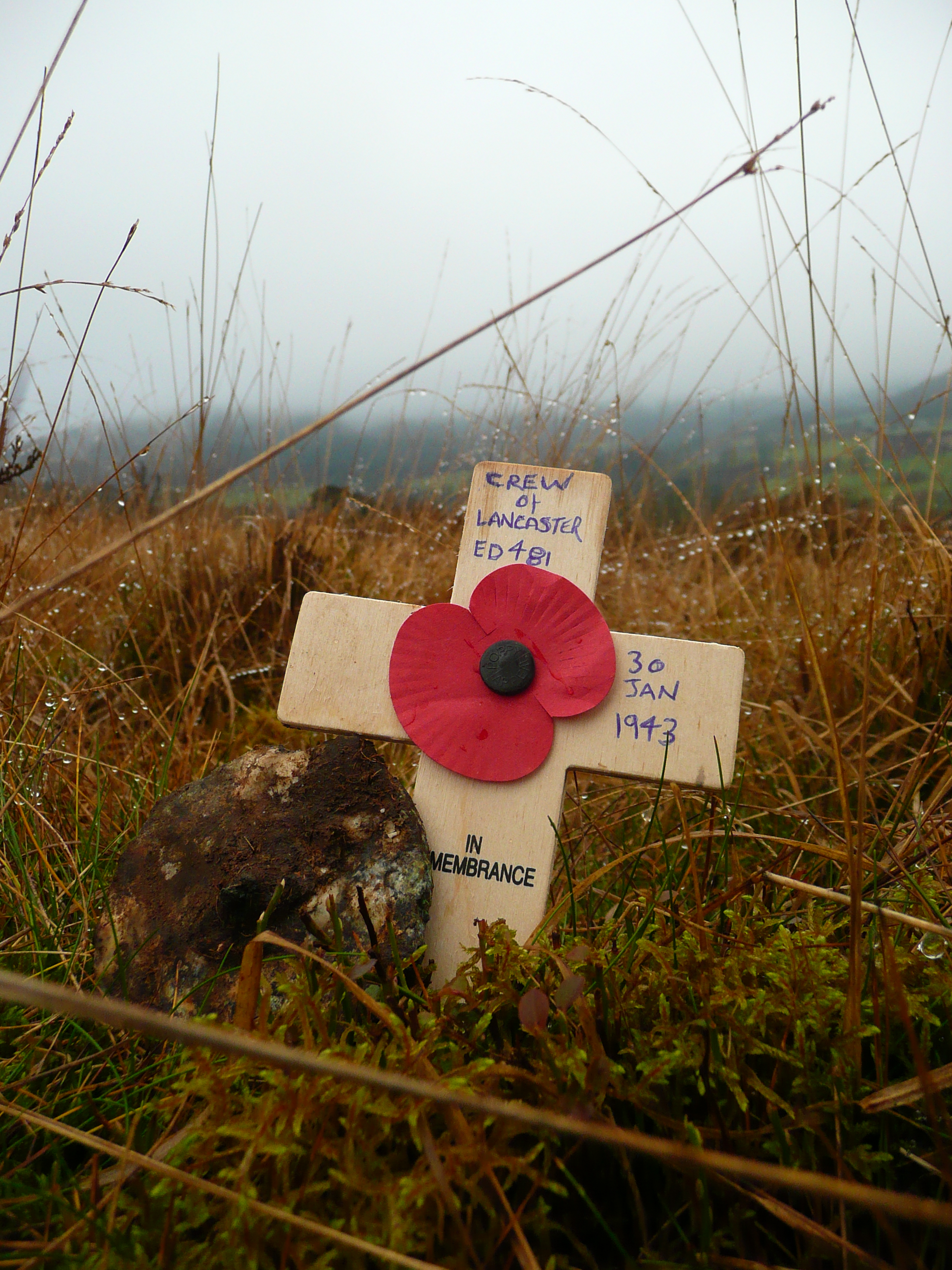 The date of this crash is erroneously given by Rapier (Warplanes Return, 1970) as 30th January 1943, a mistake since copied by others including me in biro on the poppy cross above.