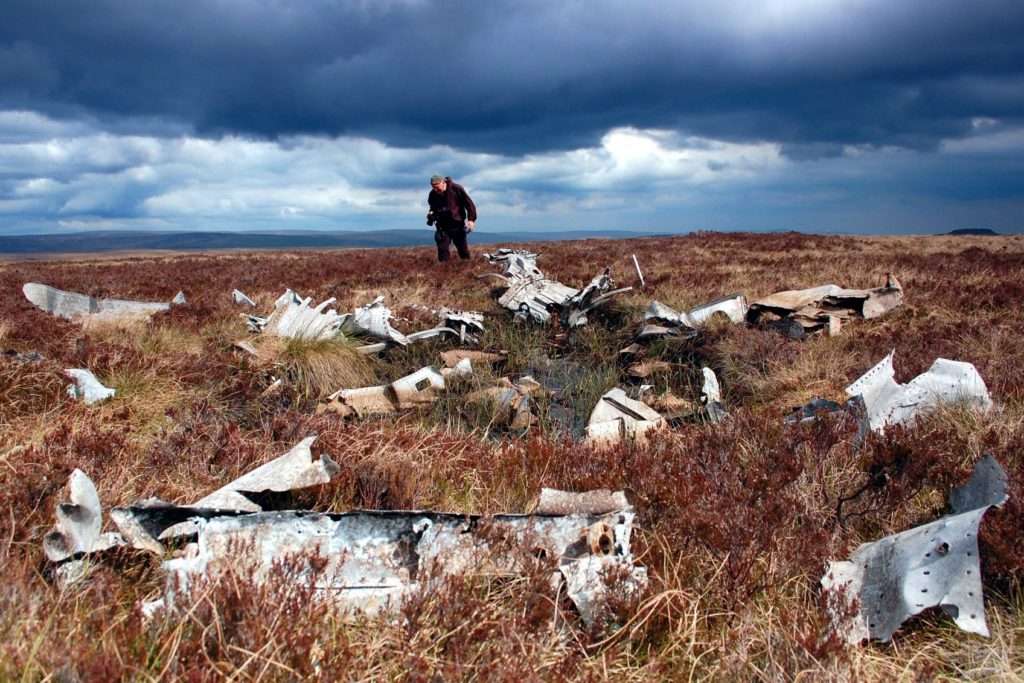 10 February 1943. Flying Officer Henry E Wright RAF was killed when his Tomahawk crashed at Red Gill Moss in the North Pennines. While on a training flight in low cloud it appears he clipped the ground with a wing and cartwheeled across the moor, leaving 3 small craters littered with wreckage, now filled mostly with water and moss.

The Pennine Way at Baldersdale passes within about 4 miles of this place. It is one of the loneliest places in England, mile after mile of desolate moorland and even on a Bank Holiday the only person we saw all day was a hill farmer.

The piece I’m holding up here is part of the starboard wing. See the photo below which is of the rest of this wing. 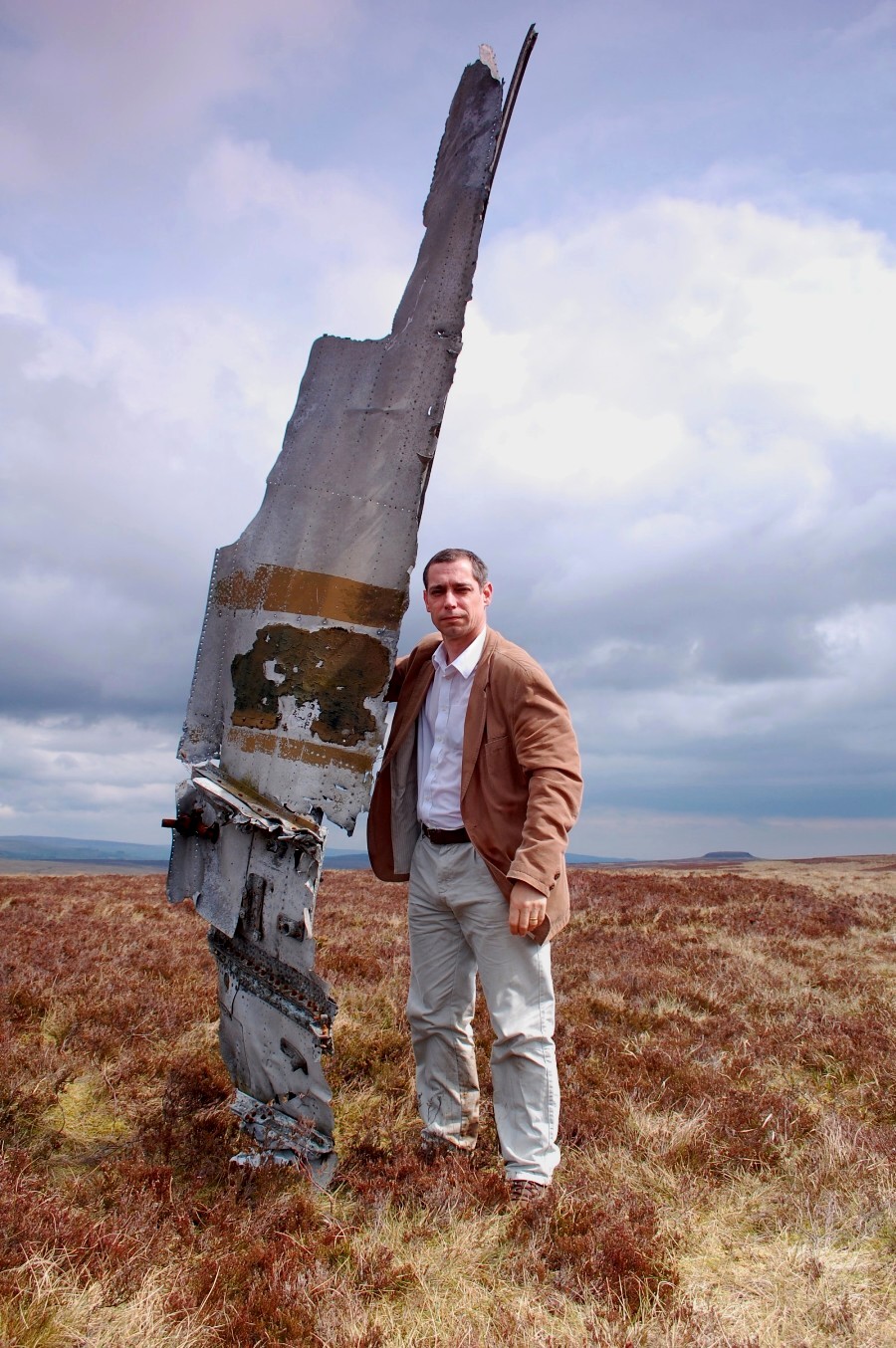 Photo below from this site; North East Aircraft Museum
www.neam.org.uk/default.htm 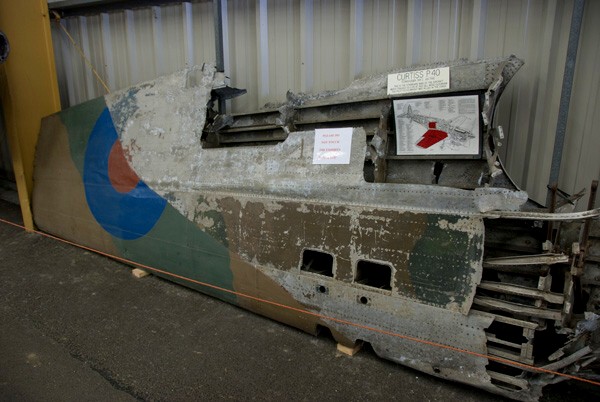