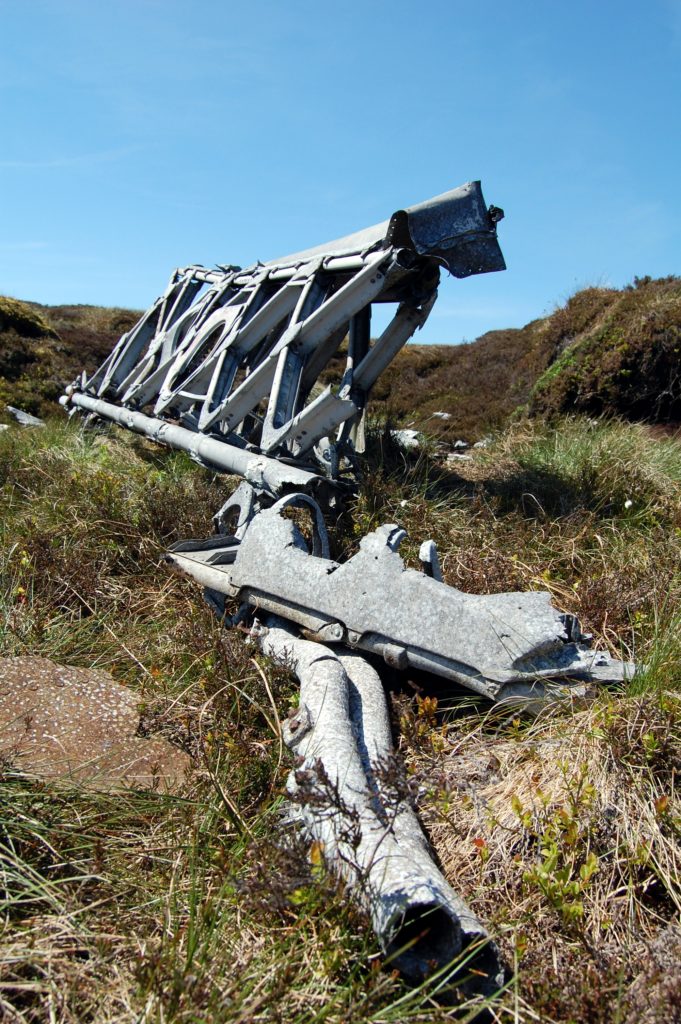 Wellington DV718 was taking part in a night navigation exercise which was called off due to bad weather. Lost above the moors and trying to descend through cloud, the bomber flew into Riggs Moor and blew up on impact when a fuel tank ruptured. 3rd September 1942.

At the same time as this crash, another Wellington of the same flight, Z8808, also crashed on these moors. Z8808 was also piloted by a New Zealander, Flight Lieutenant P.R Coney. He and his crew all survived, the Wellington, a well built aircraft, remaining almost intact. 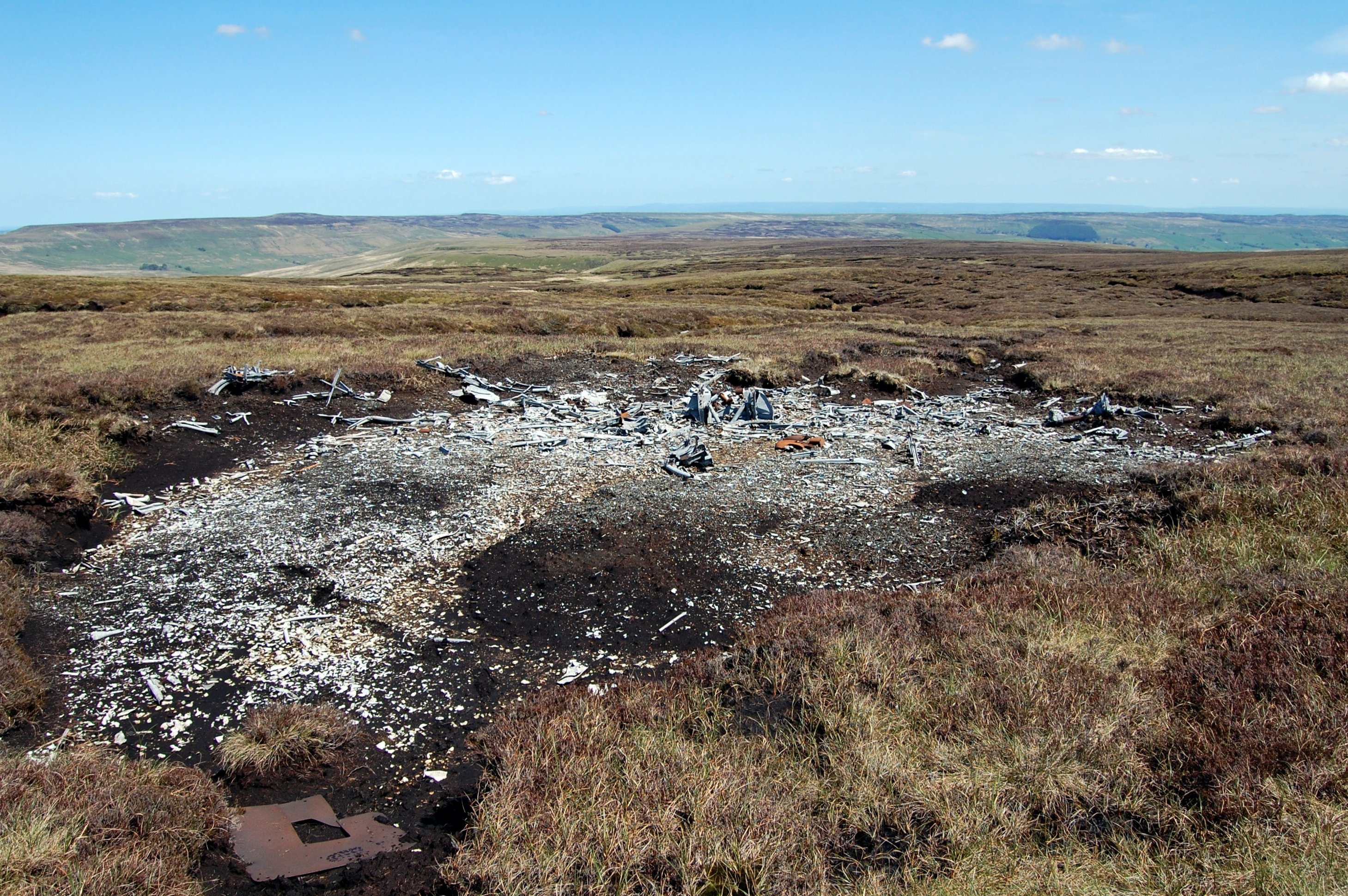