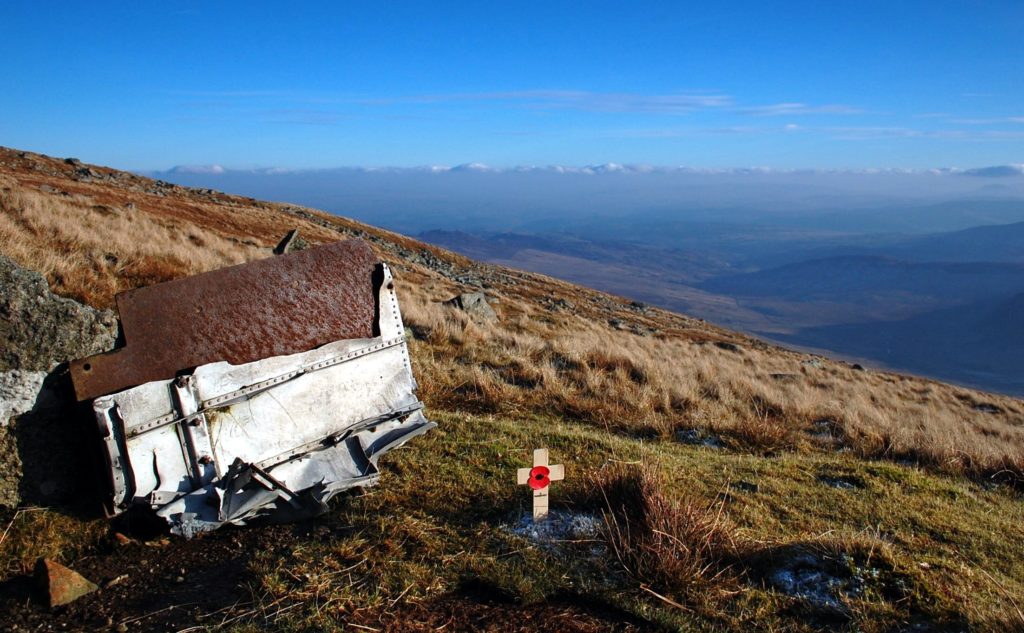 Flying out of of RAF Bradwell Bay in Essex on a cross country training flight, Boston Z2186 crashed near the summit of Carnedd Dafydd in Snowdonia, Wales with the loss of two of the three crew members on board.

All that is left now are odd scraps, the largest piece being this bit of armour plating.

Canadian Sgt Sims lay close to the aircraft under an improvised shelter of wreckage for two days before being discovered. He had a broken leg, fractured skull, broken spine and multiple other injuries.
Despite all this he eventually made a full recovery and returned to his squadron where he went on to serve with distinction, completing a full tour, shooting down German aircraft and was awarded the DFC.