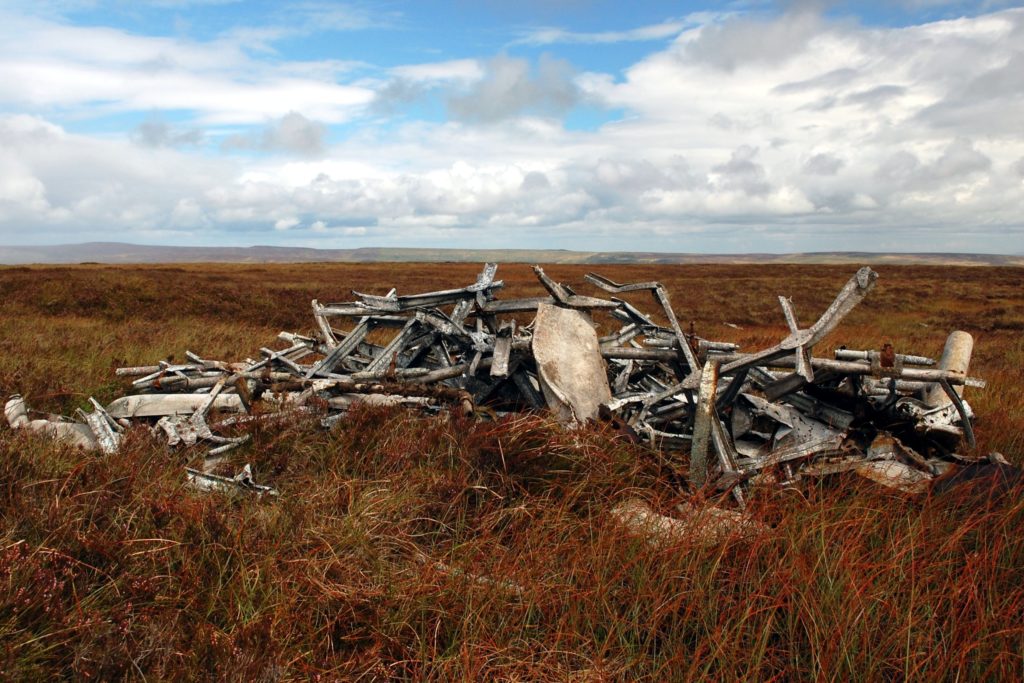 One of two Wellington bombers of the same flight to crash within 6 miles of each other in the Yorkshire Dales on the night of September 3rd 1942. They were of 11 Operational Training Unit of RAF Bassingbourn, flying from RAF Steeple Morden, a grass satellite airfield in Cambridgshire.

The Wellingtons were taking part in a cross country navigation exercise, but foul weather meant that several crews became disoriented or unaware of how high the hills below them were.

Fortunately all crewmen survived when Z8808 struck the moor. The crew of Wellington DV718 had less luck, and only one of the five on board survived that crash.