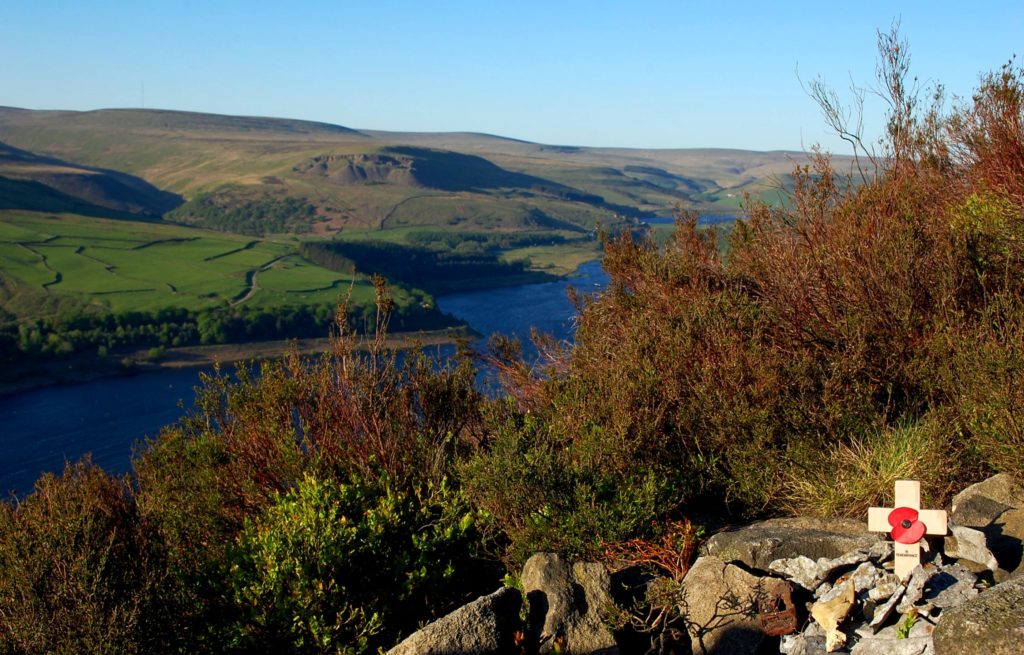 It was a routine flight, taking First Lieutenant Waller from the base at Sculthorpe in Norfolk to the American depot at Burtonwood near Warrington in order to collect an F-84 jet fighter.

First Lt Tinklepaugh had made an error in not staying abreast of changing weather conditions, which meant – unknown to him – a headwind slowed his aircraft down.

When he reported what he believed to be his position to air traffic control at Burtonwood he was a long way out. The ATC, looking at the screen in front of him, saw a blip he took to be the Beaver. Alas this appears to have been another aircraft, coincidentally on the same track and in the same place First Lt Tinklepaugh reported as his position….

ATC advised First Lt Tinklepaugh make a turn and descend to 1,500 feet. The pilot confirmed when he made the maneovre, but the blip on the screen at Burtonwood did not move.

Hurriedly, Burtonwood gave another order, and heard the reply “What – !” and then silence.

Nothing more was heard as the Beaver had struck the hillside while the blip on the screen continued on, the pilot of the aircraft it represented oblivious to the part it had played in the tragedy.

A USAF de Havilland Beaver on eugene.photo’s stream, photographed at the Castle Air Museum, Atwater, California (this is a U-6A which was the later designation of the L-20A) 2 days later, an Avro Shakleton crashed in the Peak District with the loss of all on board. See here for details.