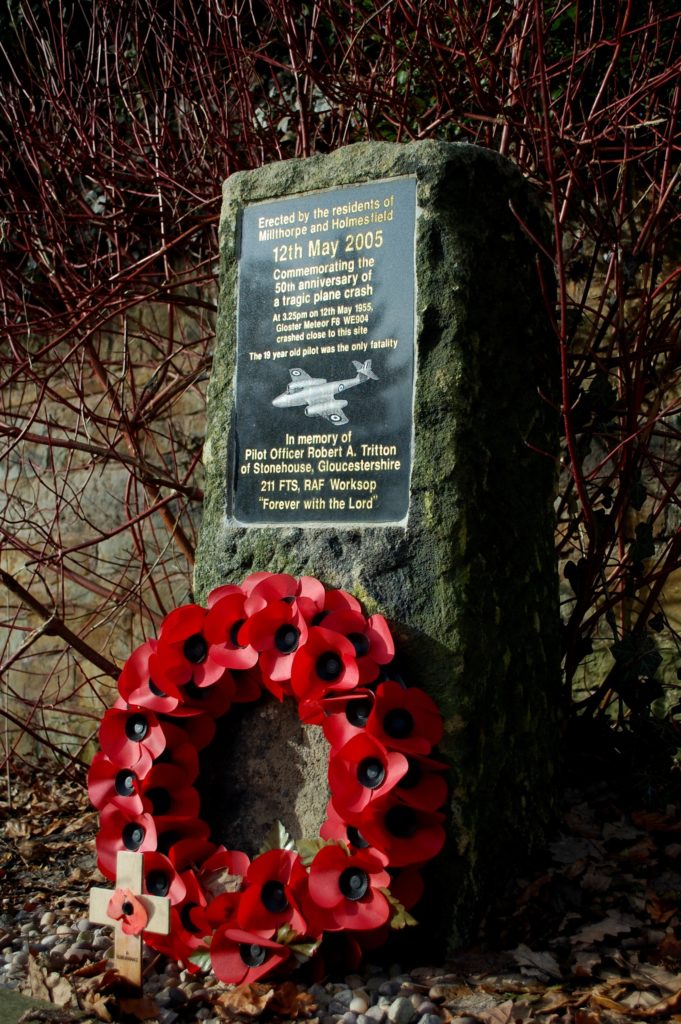 12 May 1955. Pilot Officer Robert Anthony Tritton aged 19, was an advanced pupil on a solo excercise from RAF Worksop, when his jet fighter dived out of the sky above the village of Millthorpe in Derbyshire. He was killed instantly. The cause of the crash is unknown.

Cunningham quotes a Mr John Knight of Brookside Farm in the village. He and his toddler son had just walked up to the barn, and at the moment he put his hand on the door, the Meteor dived straight into the building. Mr Knight said that the entire barn disappeared in the explosion, leaving just the door and the stone surround, and him and his son standing unharmed behind it. The roof of every building was blown off, yet not one person or animal was injured.

This memorial is just across the road from where the crash occurred.

22 comments on “Gloster Meteor WE904, Millthorpe”