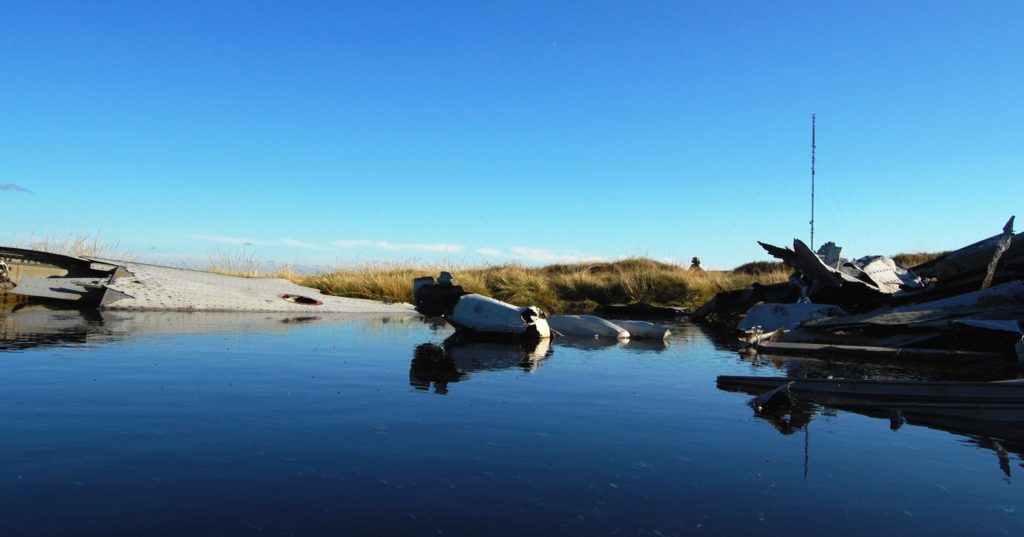 Grid ref SE 09106 05071. There are other caches of debris nearby though on a visit in January 2019 it appears some of the debris from the smaller collections has been moved to the main site. This may be because of conservation efforts to reseed the heather on the moor. The lead photo above was taken October 2008 when the site was partially under a pool of water. 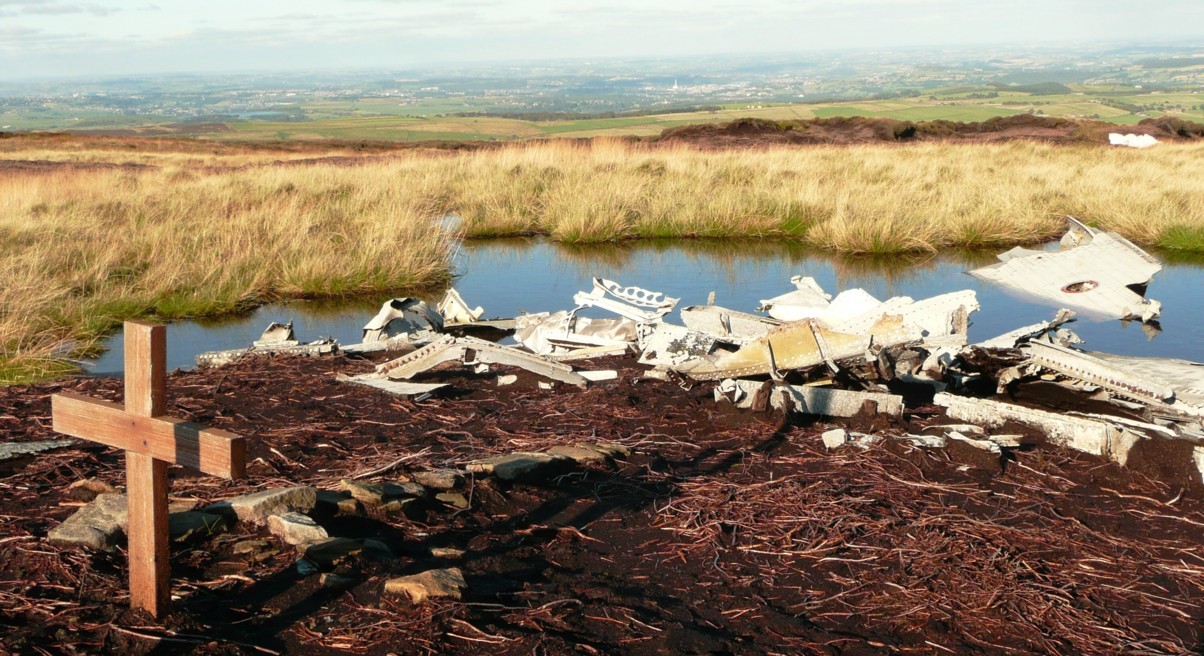 In 2008 the fuel filler had a red ring around it, but this has since been prised off and stolen (compare photos below) though god knows why anyone would want to do that. Another decade of being exposed to sun and weather has further faded the stencilling. It reads FIRST FILL FWD FUS. AND CENTRE WING CELL. SECOND FILL OUTER WING CELL. LAST FILL AFT FUEL CELL. CAUTION DO NOT OVERFLOW. 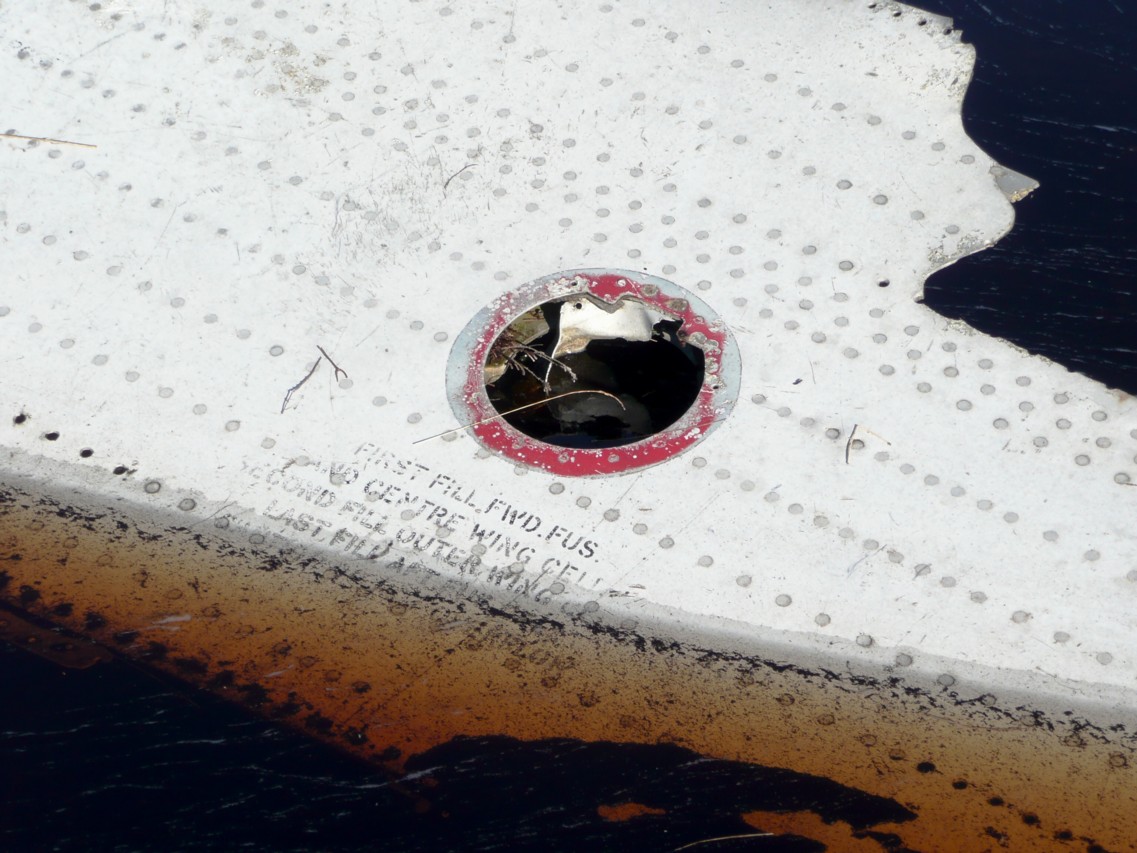 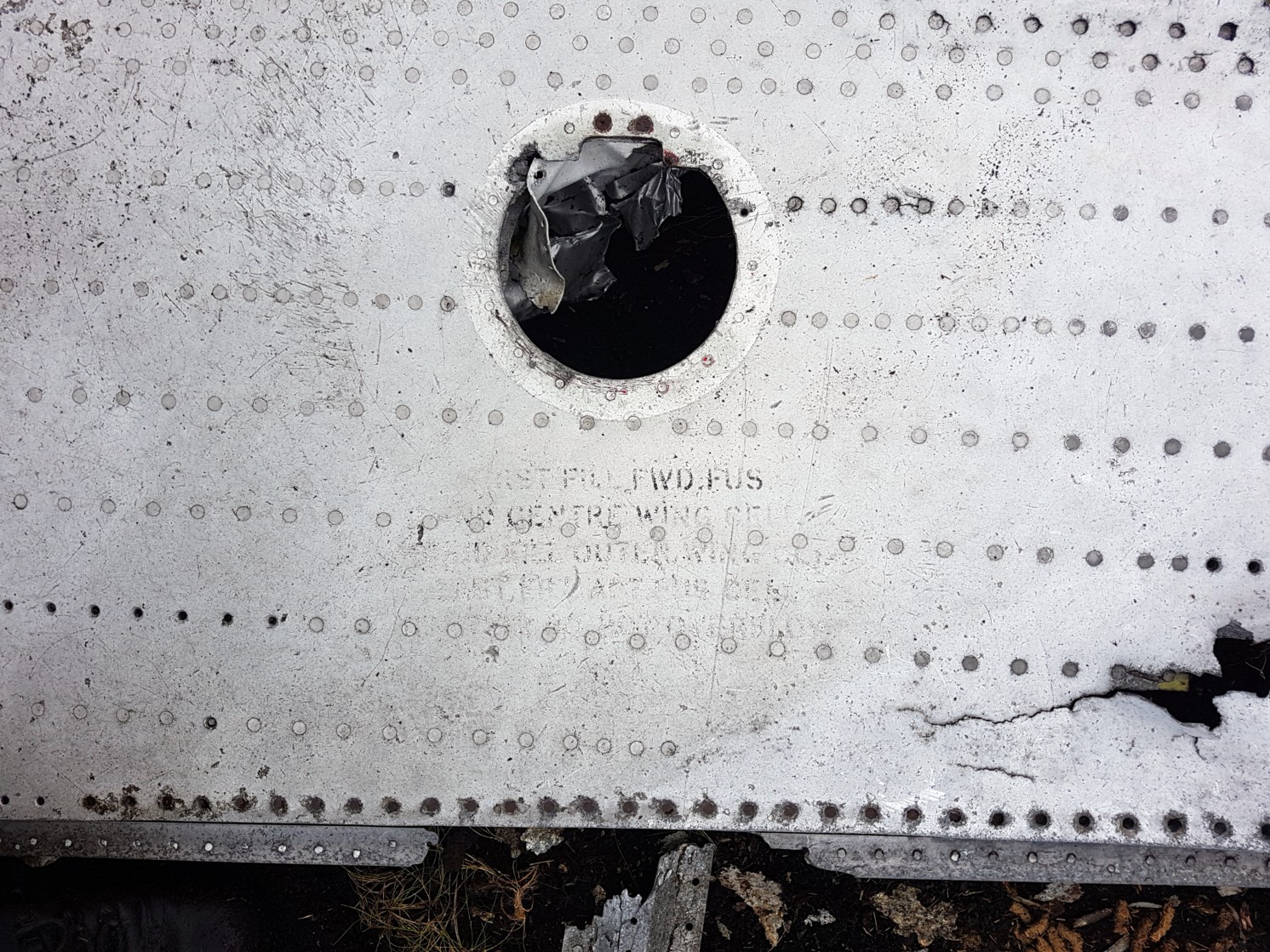