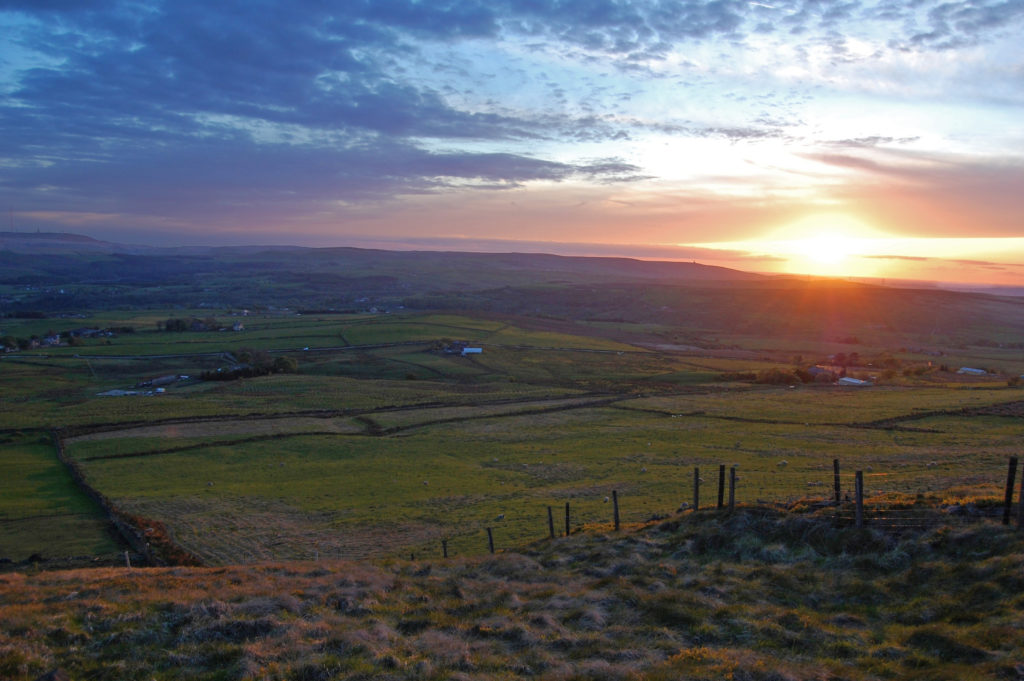 The aircraft was a B17 Flying Fortress. This particular B17 was brand new, and 24 year old Second Lieutenant Harris was taking the plane out for a test flight from the American airbase at Burtonwood before delivery to a bomber squadron. Joining him, though not necessarily known to him, were a co-pilot Lieutenant MacDonald, the chief ground engineer, two other servicemen and one civilian along for the ride.

The details of the crash are all too familiar. Second Lieutenant Harris gently descended through cloud expecting there to be a good 1000 feet between him and the ground. However the plane had drifted east towards the Pennines, and at the last instant he suddenly saw green grass instead of grey cloud, desperately tried to lift the B17, but too late. The impact killed four men on board, and the airplane disintegrated as it ploughed through two fields destroying dry stone walls as it went. In the photo above, the B17 was flying Northwards, thus came down from the left through these fields. 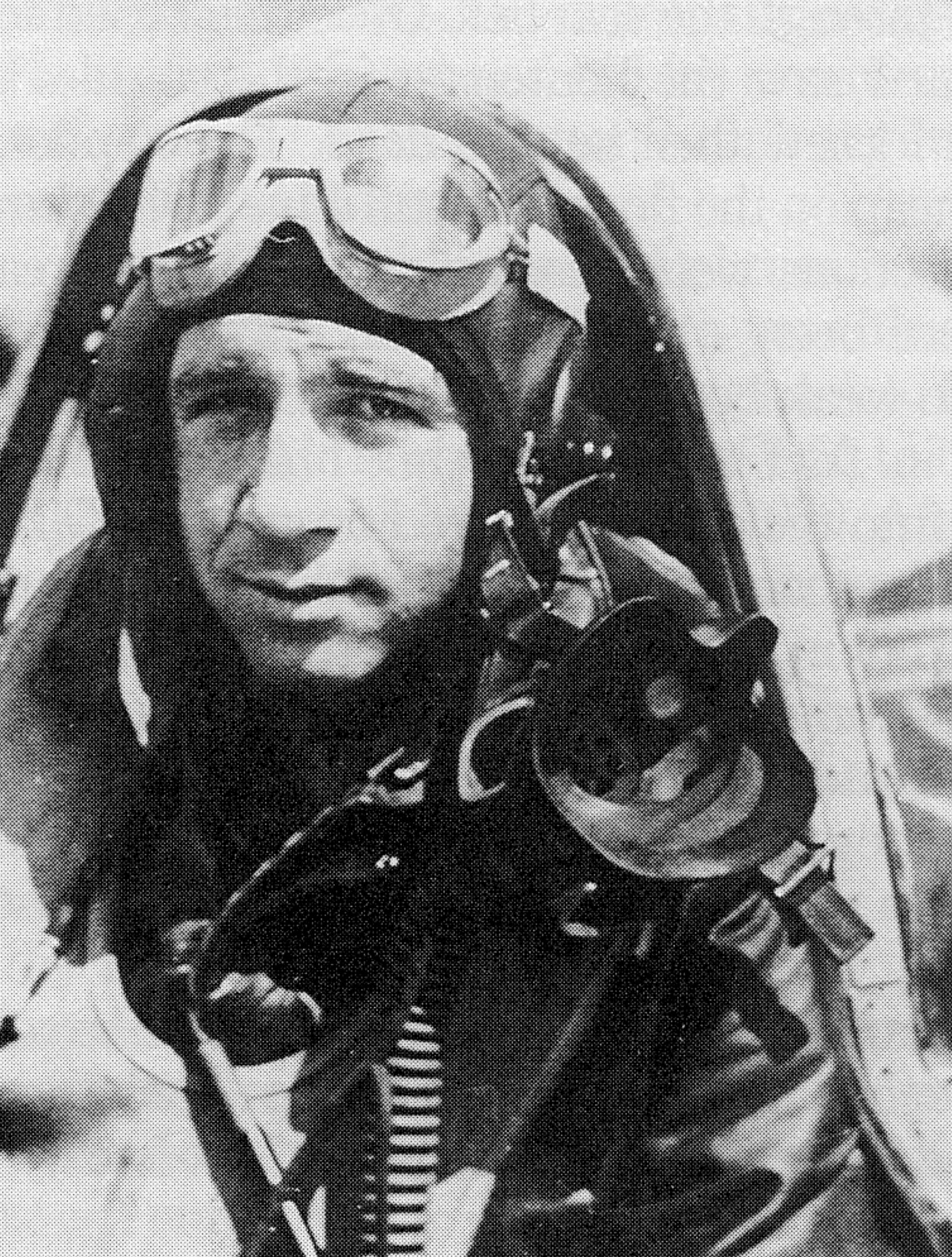 Researching this story for his book HELL ON HIGH GROUND – VOLUME 2 (1999) aviation historian David W Earl was in contact with Del Harris. Mr Harris provided a very detailed – and therefore harrowing – account of the crash itself, which can be found in the book.

Dazed, Second Lieutenant Harris managed to crawl out from the wreck, and dragged the unconscious co-pilot Lt Macdonald clear, fearful that the plane would explode and not realising that had already happened.
Lt Macdonald was treated for severe injuries at Bolton Royal Infirmary. He remained disabled for the rest of his life.

Second Lieutenant Harris refused to fly passengers or crew ever again. He was granted a transfer and trained to fly fighters (P51s and P47s). That Summer he flew 35 combat missions before being shot down over Le Mans, France. Captured by the Germans, he was a POW in the British Compound of Stalag Luft III (setting for the movie The Great Escape). 2 Lt Del Harris managed to escape his captors in 1945 on a march towards Munich. He survived 17 days, hiding in the woods before making contact with advancing US tank crews near Ingolstadt, Germany.

After the war, 2 Lt Harris continued as a test pilot. In 1950 he left the air force, and set up an engineering and construction business in California. He also spent some years teaching before retiring in Grants Pass, Oregon.

*possibly the first name of the co-pilot, not confirmed.

Photo of the wreck of the B17 the day after the crash, courtesy of Del Harris via Dave Earl

Info presented here is from that page and also HELL ON HIGH GROUND – VOLUME 2 (1999) by David W Earl.