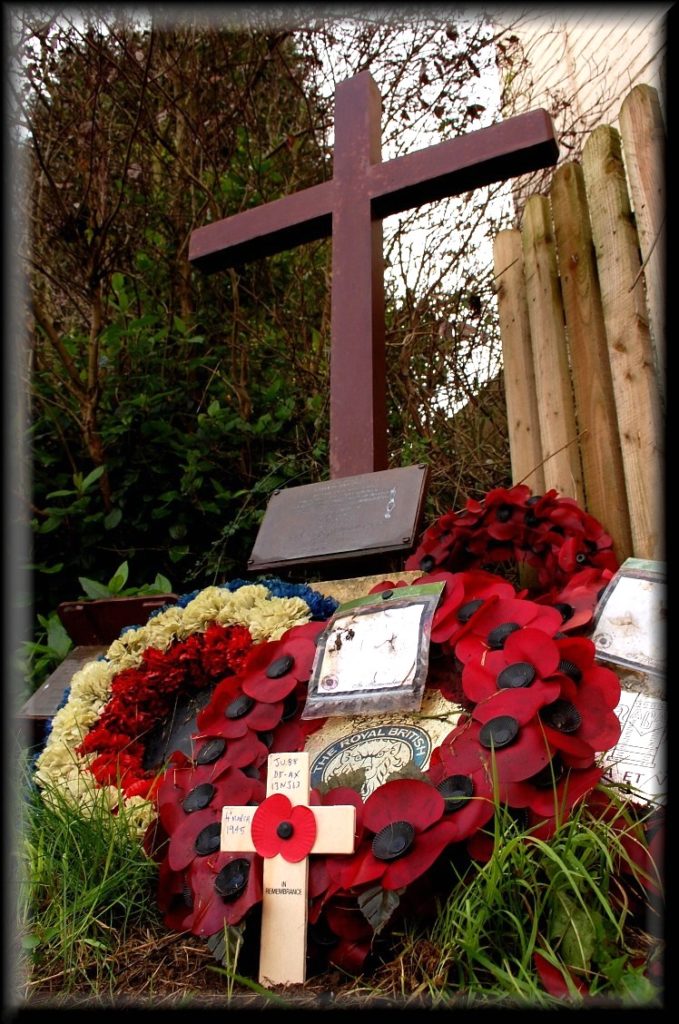 On the night of 3/4th March 1945, German night-fighters followed RAF bombers returning from an air raid on the Ruhr. At around midnight 100 Junkers 88s crossed the English coast from the Thames to Yorkshire and infiltrated the returning bomber streams. 24 RAF bombers were shot down and another 20 badly damaged.

Having shot down two Halifax bombers of 158 Squadron returning to RAF Lissett near Bridlington, Hauptman Johann Dreher in his Junkers 88 turned to attack the Halifax of Capitaine Notelle of the French Air Force who was on approach to land at Elvington.

The runway lights were switched off and all aircraft ordered to divert to other airfields. Capitaine Notelle’s Halifax pulled sharply up and headed north towards RAF Croft. He was stalked by another German night fighter and was hit 3 times before crash landing near Darlington. The rear gunner was injured but all the crew survived.

Meanwhile, Dreher’s Junkers 88 continued to attack RAF Elvington. Circling round for another attack and mistaking a car’s headlights on the road for the runway, it was hit by AA fire and crashed into Dunnington Lodge farmhouse, killing the occupants.