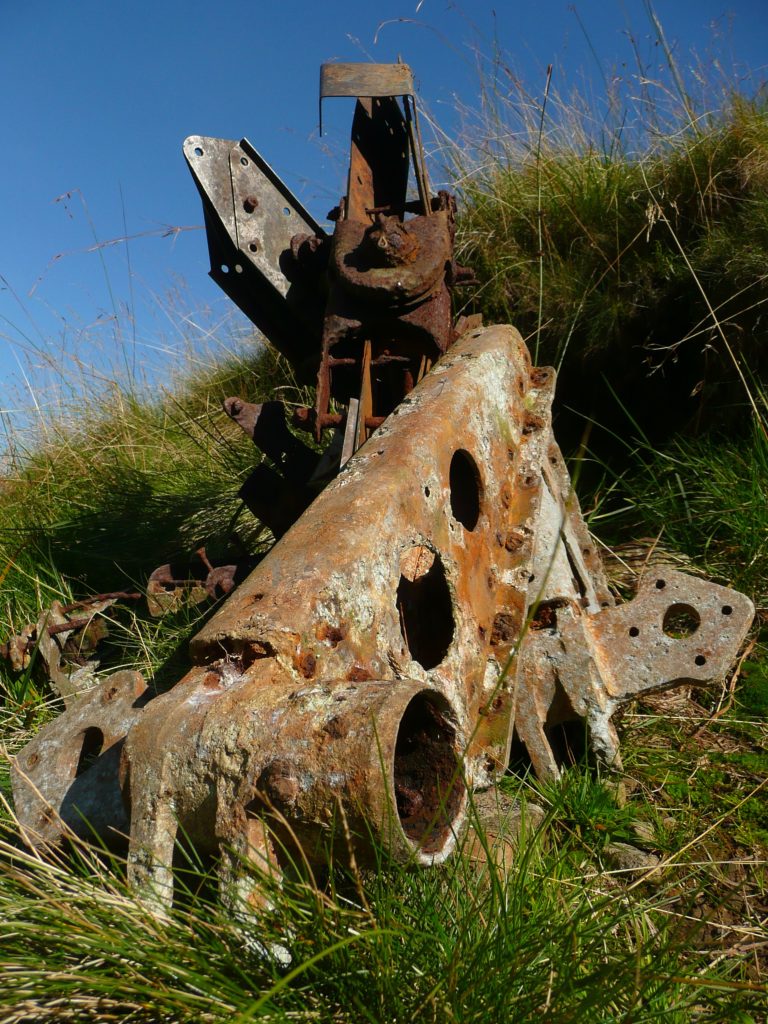 The first of two Airspeed Oxfords to crash in 1945 within a mile or so of each other, in similar circumstances, which resulted in both crews surviving.

4th March 1945. Pat Cunningham says Oxford NM683, crewed by very experienced airmen, was combining ferrying a passenger from RAF Warboys near Huntingdon to RNAS Stretton near Warrington with a navigational exercise. This was a routine flight and, with the war nearly over, probably something of a pleasure trip as well.

Cunningham suggests that pilot Flight Lieutenant Gipson, DFC and Bar, took the scenic route over the Peak District. Cloud cover began to form and luckily the pilot saw the steeply rising slope of Rushup Edge in front of him, and managed to pull back on the stick.

The aeroplane crashed flat on the hill and though injured, all on board survived. Luckier still, a fire didn’t break out, and locals afterwards were amazed at the sight; it looked as though the aircraft had landed on the steep hillside as if pinned like a butterfly. 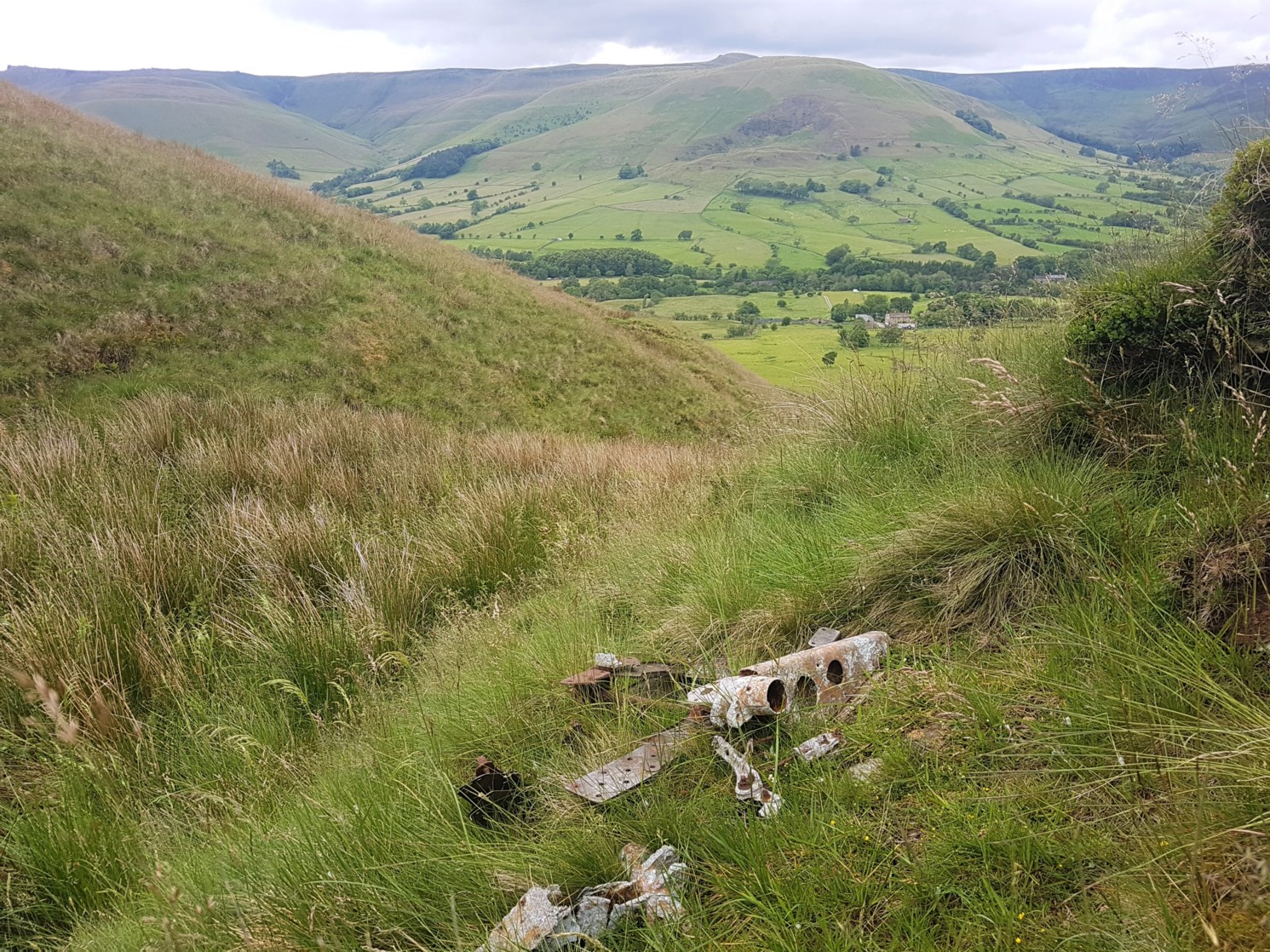 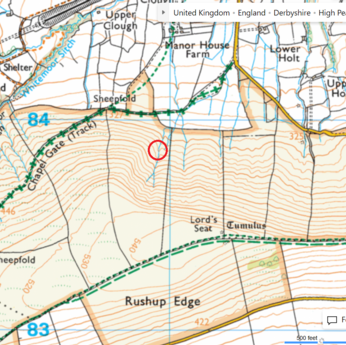