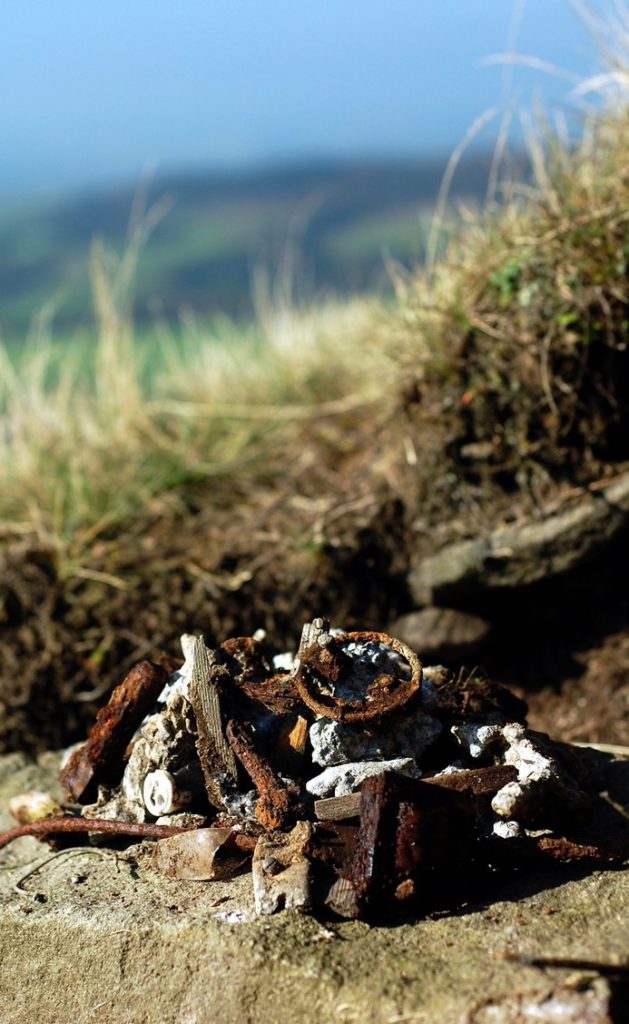 Pile of fragmentary remains collected at the crash site of a scheduled civil flight from Manchester to the Isle of Man, 26 October 1935.

The pilot of the DH-84, Captain Cedric Rex Crow had picked up the only passenger, a Mr Ronald Swales, at Liverpool.

Soon after taking off the aircraft drifted off course in poor visibility and was flying too low to clear the ridge of Fair Snape Fell in the Forest of Bowland, Lancashire. Captain Crow may have seen the steeply rising hillside at the last instant and pulled back on the stick in an attempt to lift the aircraft over the top of the hill. Both men died in the crash.