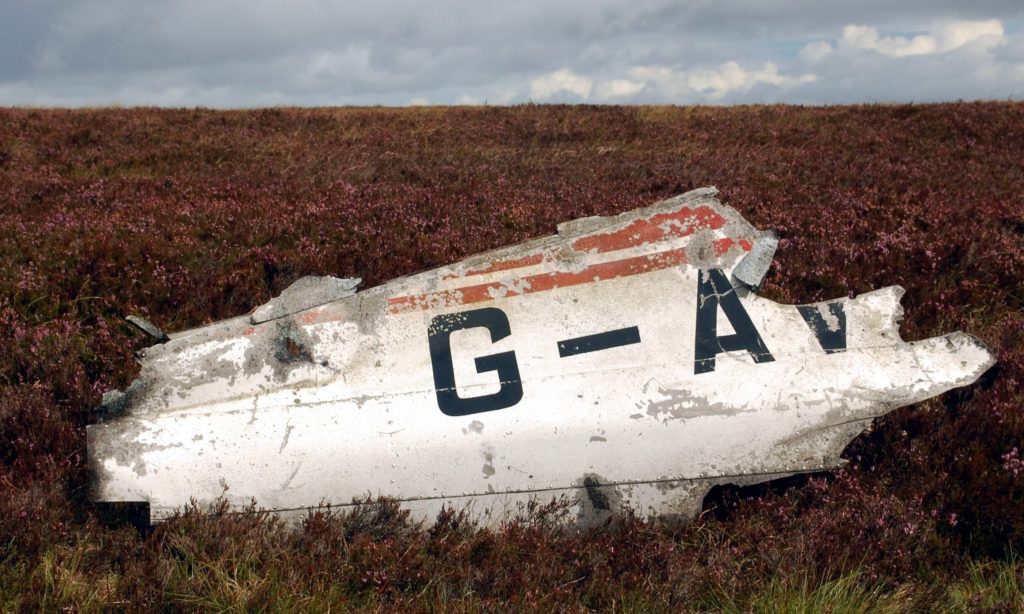 Mr Teare’s flight was to gain more experience in navigation. Flying solo from Newcastle Airport to Leeds/Bradford Airport and back, he was on the return leg of the flight when the accident happened; banking to the right in low cloud the starboard wing clipped the ground and the aircraft cartwheeled over the moor, losing both wings as it went. The pilot was killed instantly.

Mr Teare was aged 22 and married with a son, I understand. The report into the accident notes that he had phoned his wife just before setting off back home to Newcastle, and had mentioned the deteriorating weather to her.

Image above shows part of the fuselage.

The underside of part of the port wing. 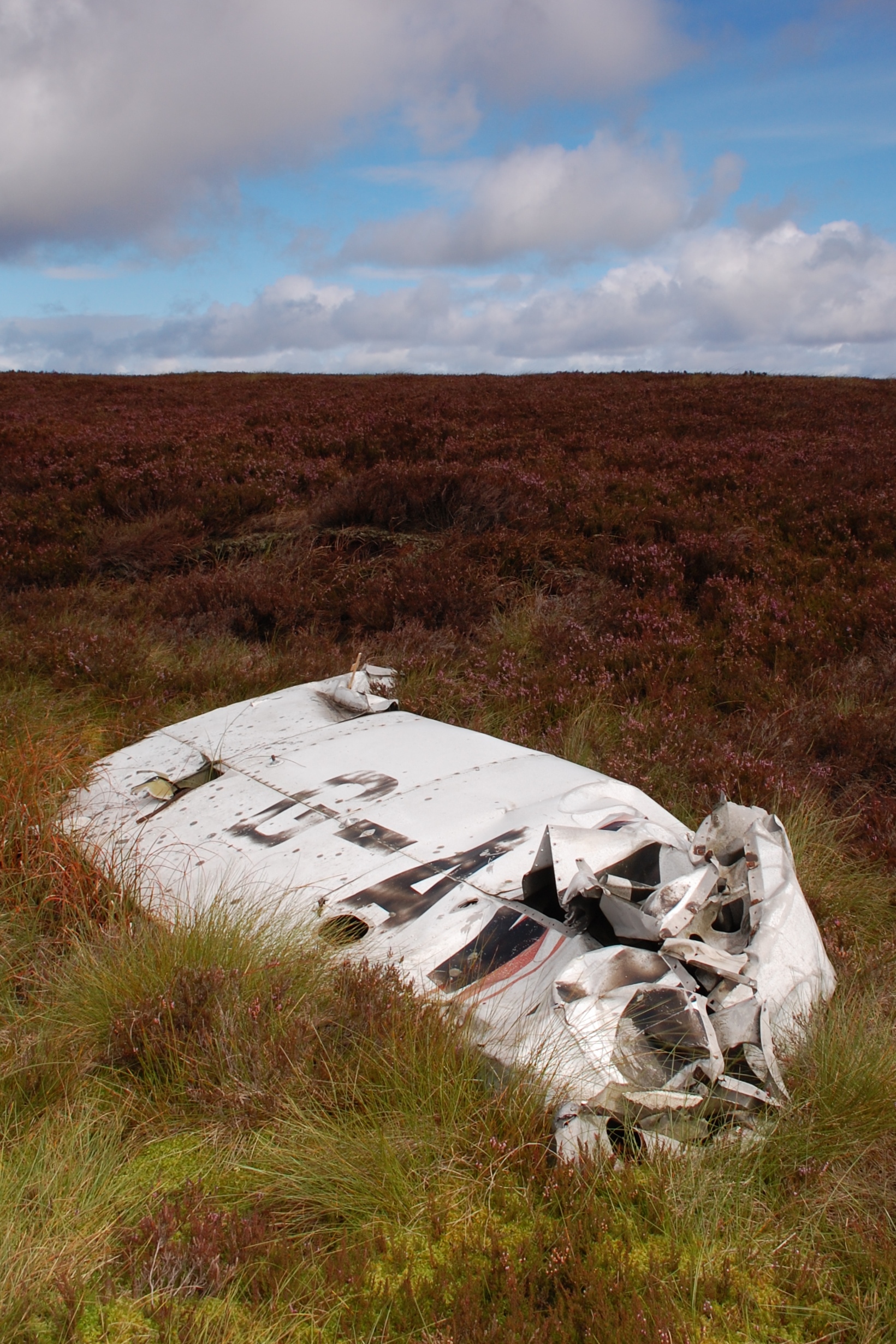 Paul holding up the tailplane 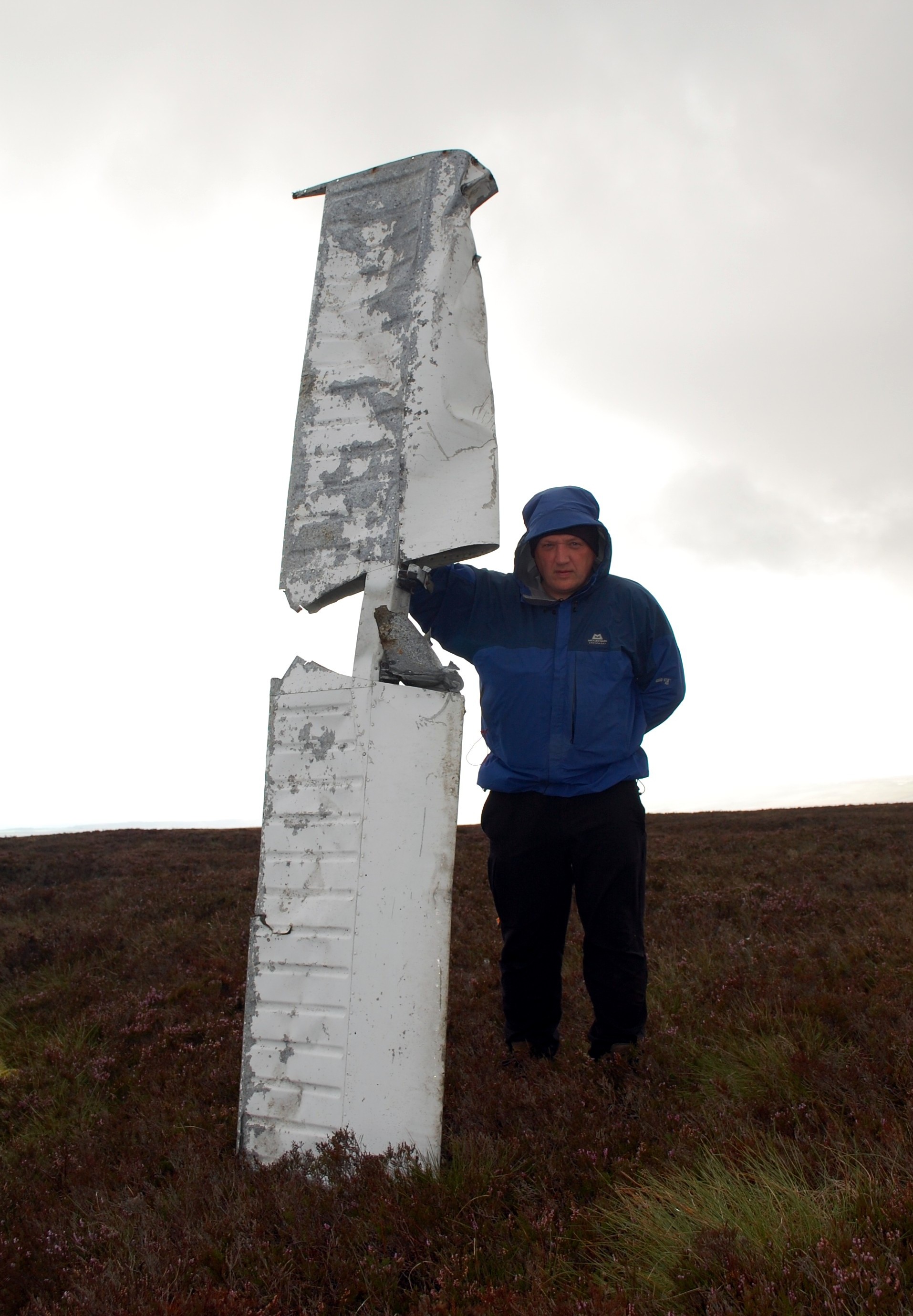