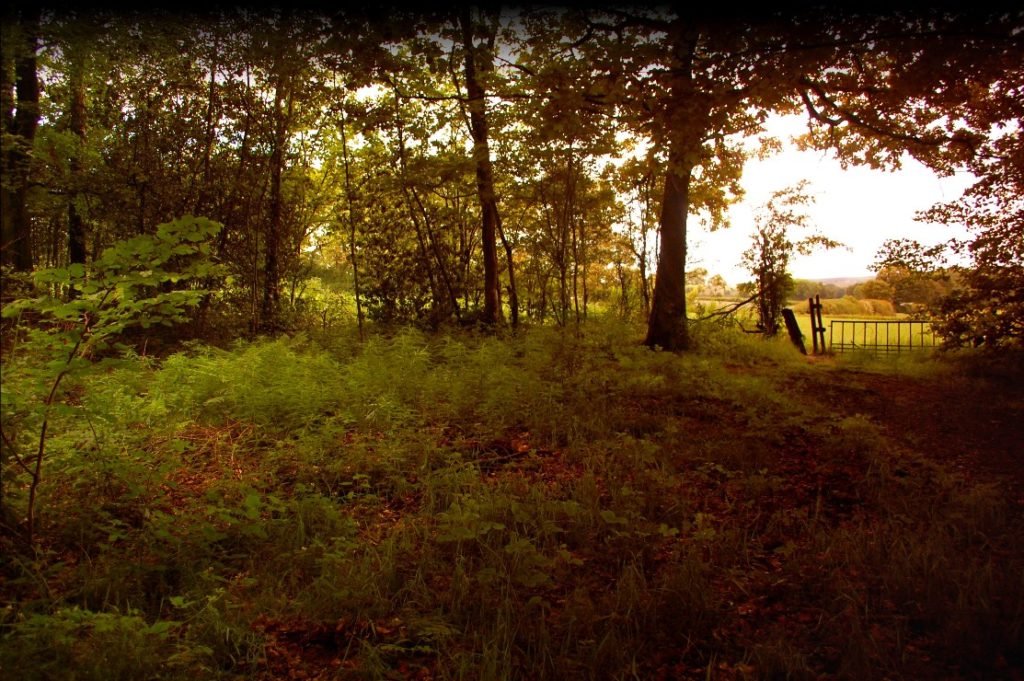 Both crew members survived after bailing out of USAF Phantom 64-1018 which crashed on 6 May 1970.

This Phantom was a photo-recon variation and as such had no weaponry. Its crew had to rely on other measures to get out of trouble, and so were practising taking evasive manoevres when Vietnam veteran pilot Major Donald E Tokar found he was unable to pull the aircraft out of a steep dive.

He and navigator Major Peter M Dunn ejected from the earth bound jet, which came down in woodland near the Derbyshire village of Unthank, burying itself 20 feet into the ground. As the dust began to settle, witnesses saw bits of 35mm cine film, much of it on fire, drifting down from the sky. Meanwhile the crew came down 3 miles away at Curbar Edge. Major Tokar broke his leg on the rocks, while Major Dunn was bruised but otherwise unhurt and there were no casualties on the ground.

As can be seen in the photo above, there’s very little to show what happened here, just a clearing in the trees and some scraps of metal under the leaves.

Below; Compared with debris from the wreck sites of planes that crashed in the 40s and 50s, this stuff is very corroded and crumbles easily. 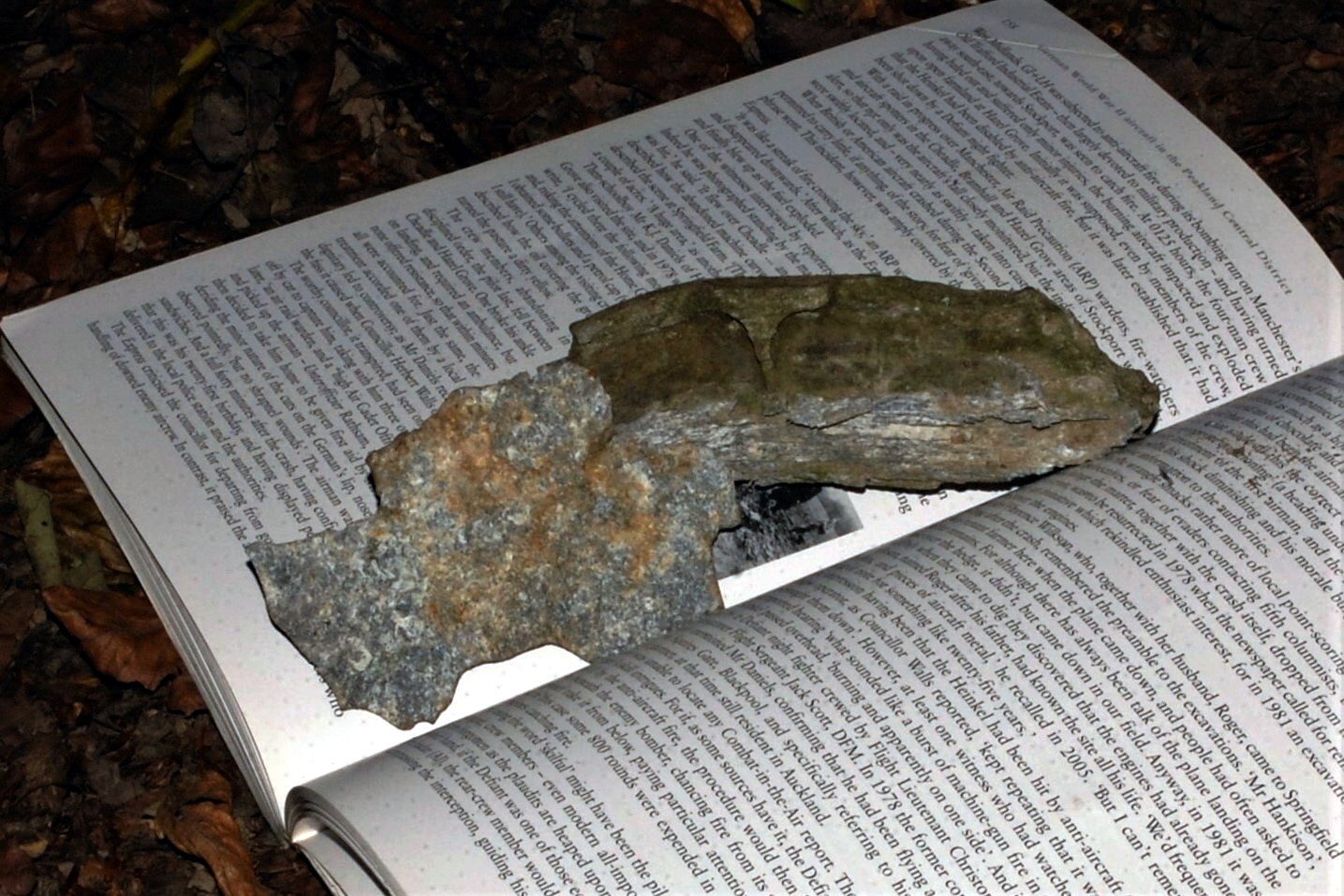 Below; photo by Keartona. Curbar Edge where the crew parachuted down. This page has photos of the crewmen taken on Curbar Edge plus lots more.