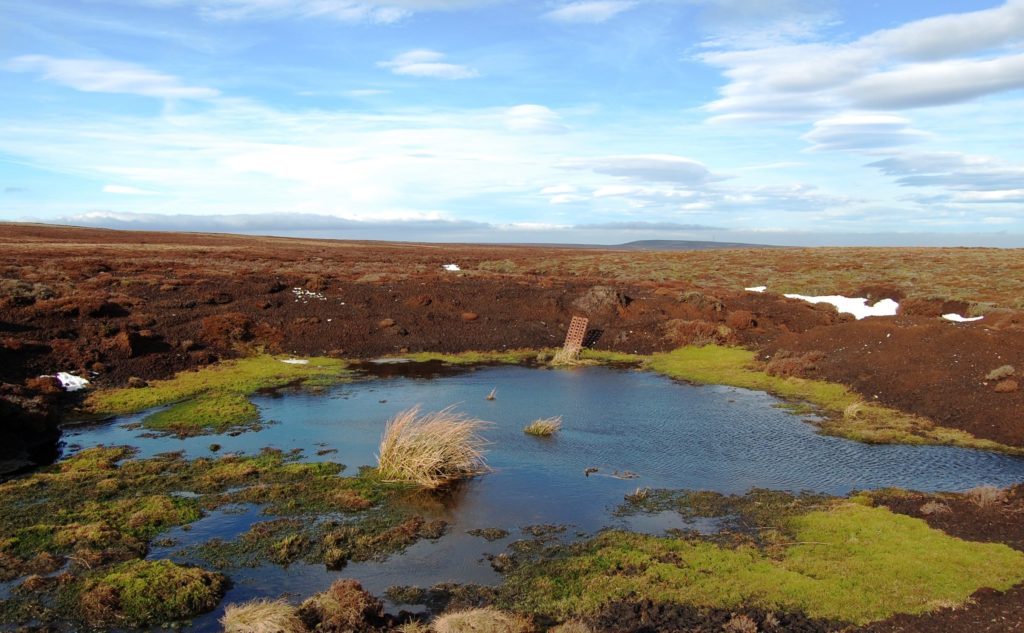 Mr Cubitt had bought his jet from the RAF. A very experienced pilot, he was attempting to fly to an airshow near Preston from East Anglia in June 1993.

The Hunter had nose dived out of the sky and hit the ground with such force that recovery attempts proved impossible, and Mr Cubitt and his aircraft remain buried beneath the moor.

Pat Cunningham in his book Peakland Air Crashes – The North speculates on the cause of the crash. He says that the RAF had imposed conditions on the sale of the jet including not flying above 10,000 feet and only in good weather.

10,000 feet is the point at which supplementary oxygen is needed. Cunningham suggests Mr Cubitt encountered cloud, tried to climb up and out of it but passed out through lack of oxygen, leaving his jet to plummet to the ground.

The impact crater is surrounded by fragments of debris from the aircraft.

Photo of this particular Hawker Hunter in RAF colours;
www.airliners.net/photo/Hawker-Hunter-T7/1327718/&sid…