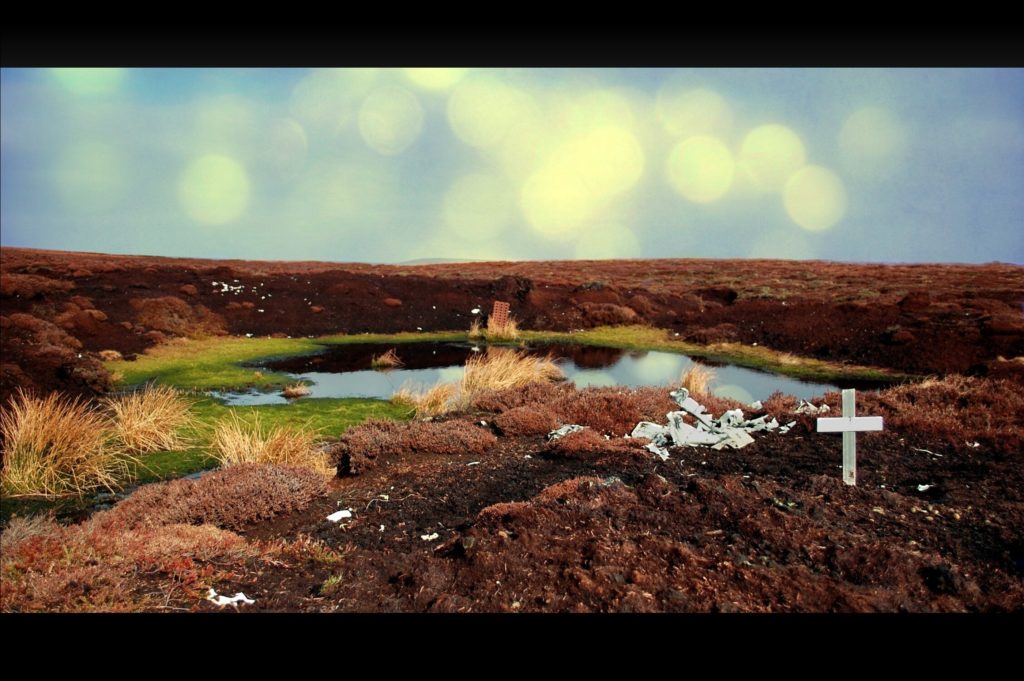 Mr Wallace Cubitt was the owner of this ex-RAF jet fighter. A very experienced pilot, he was killed when his aircraft dived into Broomhead Moor in the Peak District while flying to an airshow near Preston on June 11 1993.

The impact crater is surrounded by fragments of debris. Mr Cubitt and his aircraft remain buried beneath the moor as water pouring into the crater prevented a complete recovery. The cause of the crash is unknown.

Click here for a photo of this aircraft in its RAF livery.
www.airliners.net/photo/Hawker-Hunter-T7/1327524/&sid…