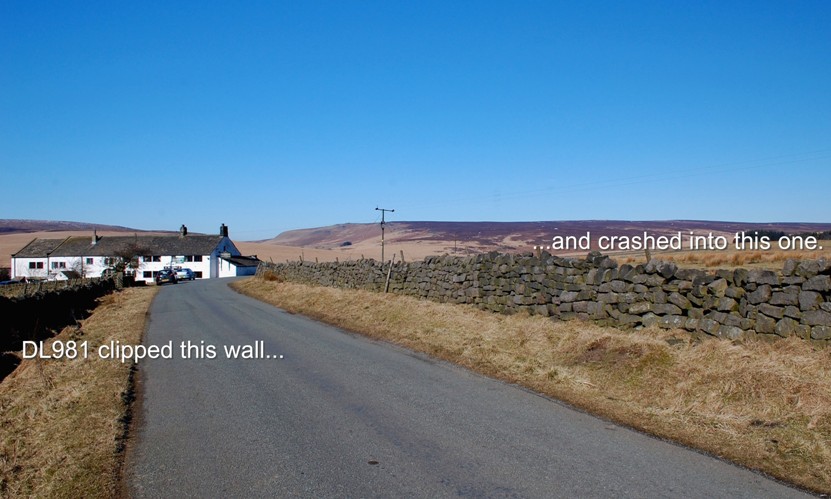 Unable to find anything in print or on the internet about Miles Master DL981, we set about having a look for ourselves. The aircraft crashed near the Pack Horse Pub at Widdop on September 16th 1949. From the Hebden Bridge Gazette of the time, we could easily follow the reporter’s detailed description of the scene to locate the site. Some fragments found at the site confirmed the location.

The Miles Master was a training aircraft, used to prepare pilots for Spitfires and Hurricanes. On this occasion DL981 was used to ferry Flying Officer Sydney Rowe from Leaconsfield, north of Beverley in Yorkshire, to Squire’s Gate, Blackpool. The pilot was Plt 1 Reginald Price. Both men were killed in the crash.

Witnesses reported hearing the aircraft circle the moors above, but could not see it because of the low cloud. Some said they heard the revving of its engine before the noise of the crash sent them hurrying to the scene. It’s not known why, but evidently the pilot was trying to land the aircraft. Were it not for two drystone walls barring his path, he may have made it, this field being one of the few relatively level spots in an area of steep and rough moorland.

DL981 clipped the topstones of the lower wall and tumbled into the wall on the right, overturned and burned in the field. The demolished wall has been rebuilt (just beneath the text in the photo), but it’s not as good a job as the original.

The Pennine Way passes within about 300m of this site.

photo of the wreckage from the Hebden Bridge Gazette reporting the incident. 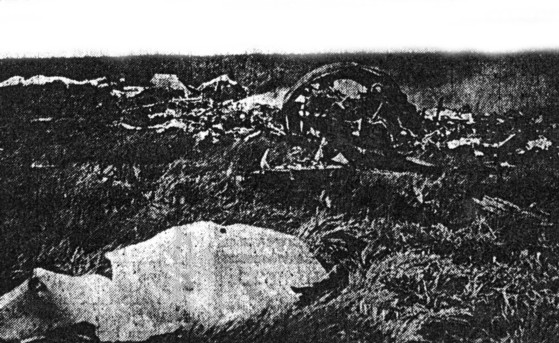