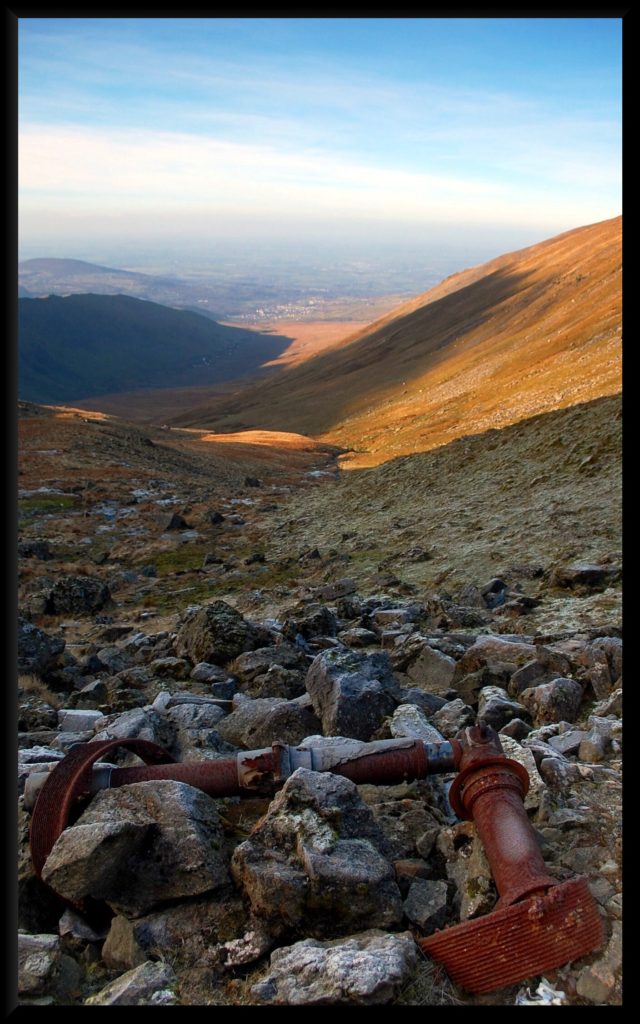 The Avro Lincoln was the successor to the Lancaster bomber.

On March 15 1950, three Lincolns were completing a night navigation exercise out of RAF Scampton in Lincolnshire, but due to poor weather were unable to return to base and so were diverted to RAF Valley on Anglesey (which is where Prince William is currently posted).

While the other two Lincolns landed safely, a communication error meant RF511’s radio operator took an incorrect bearing, resulting in the bomber flying into the southern slopes of Carnedd Llewelyn, 20 miles south east of RAF Valley, with the loss of all on board.

The photo above was taken from the impact point, and wreckage is strewn all down the valley.

Part of a wing in Afon Llafar 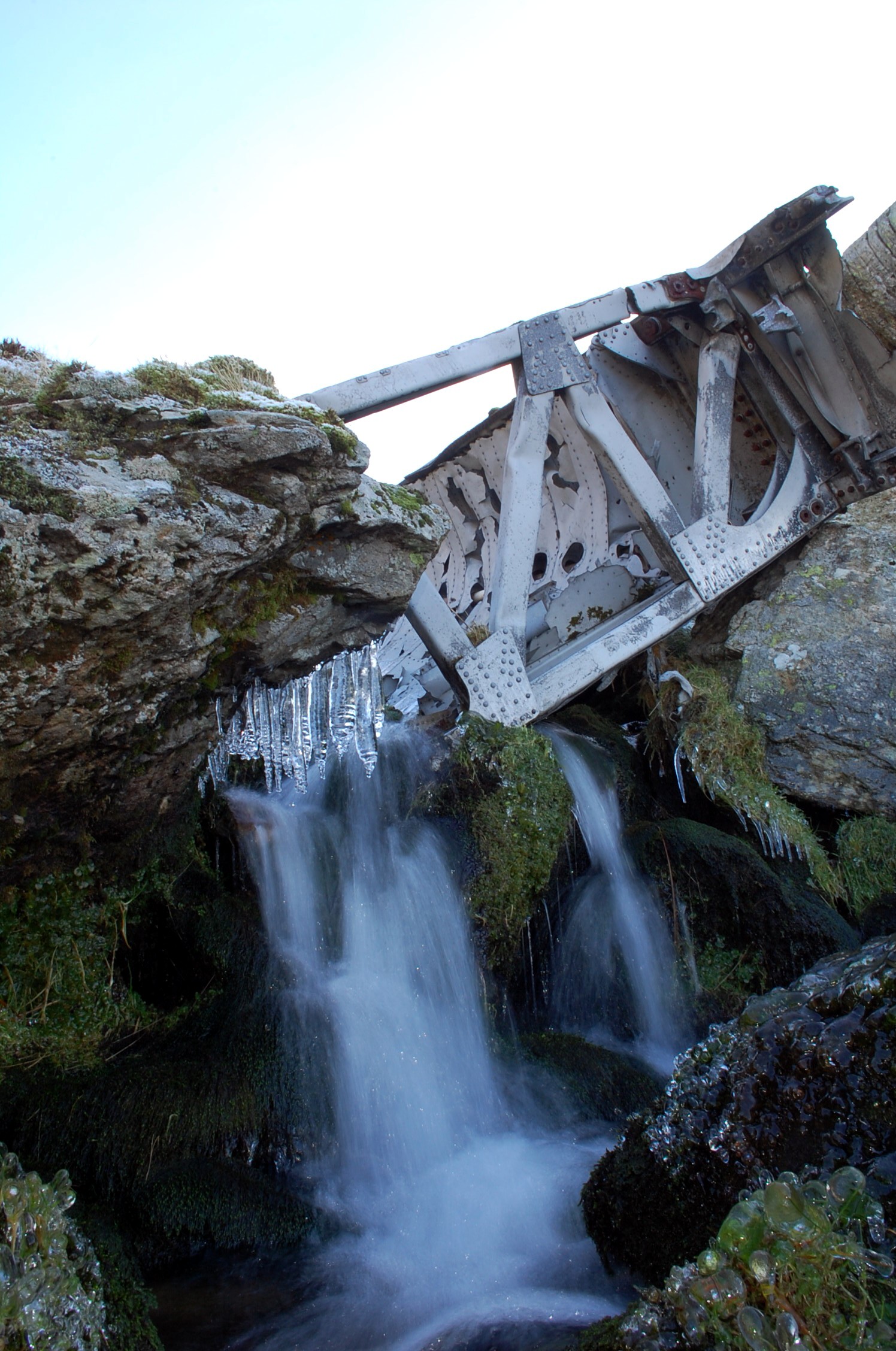 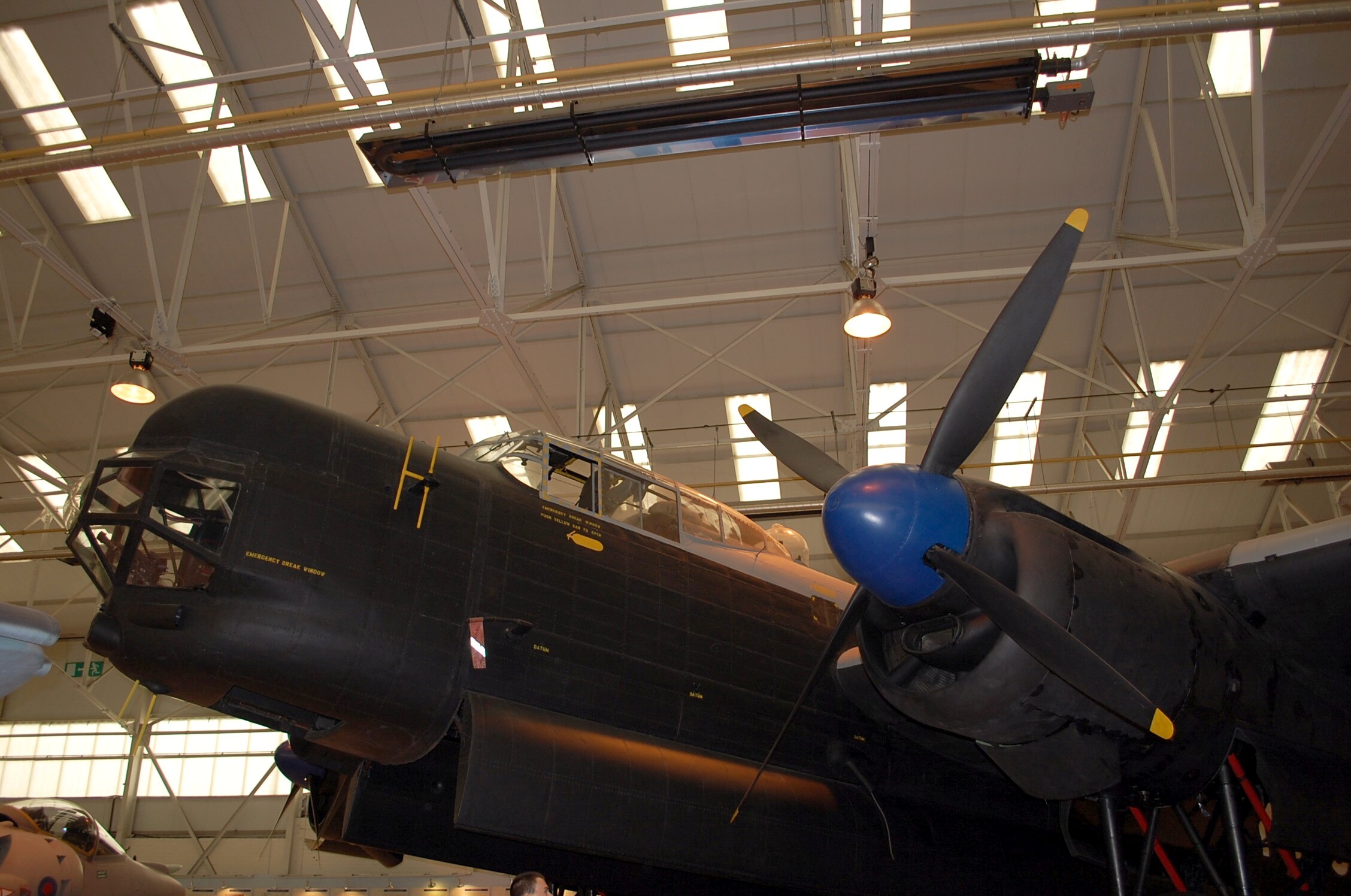 ESCAPE FROM STALAG LUFT I

The pilot of RF511, Squadron Leader John Shore, had been awarded the Military Cross on March 13th 1942 for escaping from Stalag Luft I and returning to the UK.

He had been the pilot of a 9 Squadron Wellington bomber, R1335, which was shot down over Holland by a Luftwaffe nightfighter while returning from a raid on Germany, March 27 1941. All on board managed to escape the doomed Wellington and Shore and his crew were taken prisoner. He escaped seven months later by digging a tunnel under the fence of the camp and making his way to neutral Sweden.

Page 29 of this RAF publication “Spirit of the Air” (2007) has an account by Sqn Ldr Shore’s son, Wing Commander Ian Shore, who retraced his father’s steps from the POW camp.