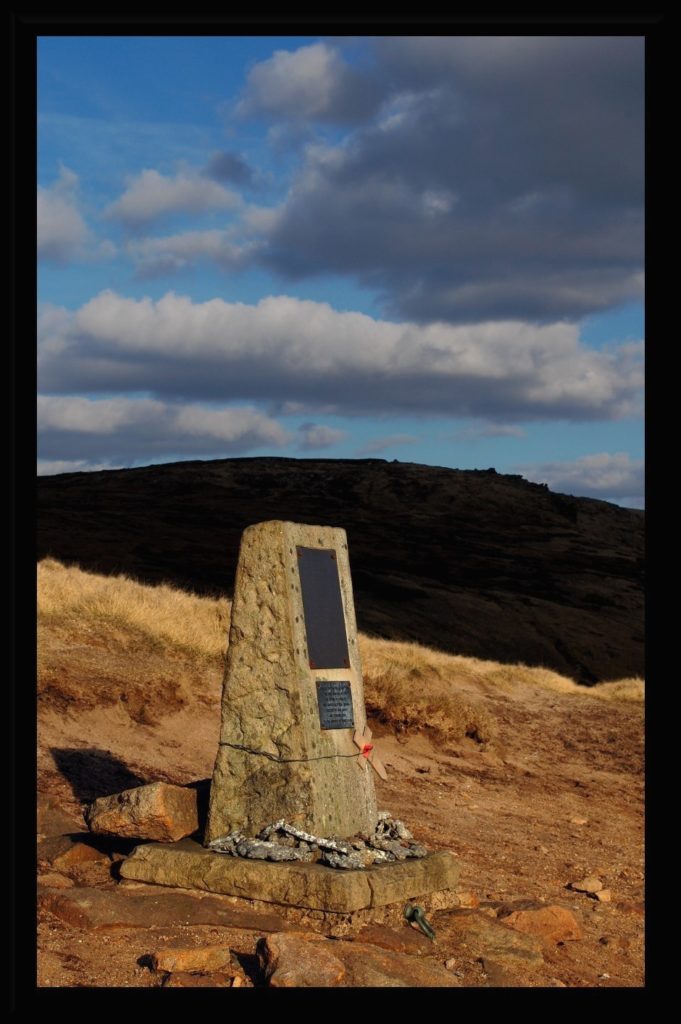 Avro Lancaster KB993 of 408 Squadron crashed on James’s Thorn in the Peak District on 18 May 1945. It would appear the pilot, while on a correct heading to get back to base near York, had failed to take into account the height of the Pennines east of Manchester and the bomber struck the hillside as it climbed out of the valley.

The crash occurred just after the war had ended and the Canadian crew were on the verge of returning home. It was meant to be a routine training flight at night, but they were probably enjoying a pleasure flight over a country only recently emerged from the blackout and doubtless with their guard down. A couple of months later, the crew of an American Skytrain (Dakota) met the same fate on this same hillside.

In Peakland Air Crashes – The North (2006), Pat Cunningham described what must have been a moving ceremony on the 50th anniversary of the crash with some relatives helicoptered in;

“Foremost among these was Mrs Marion Clifford, the 91 year old mother of Flying Officer Clifford; she and other relatives being picturesquely supported by pipes and drums from the Clan Urquhart Highlanders.” 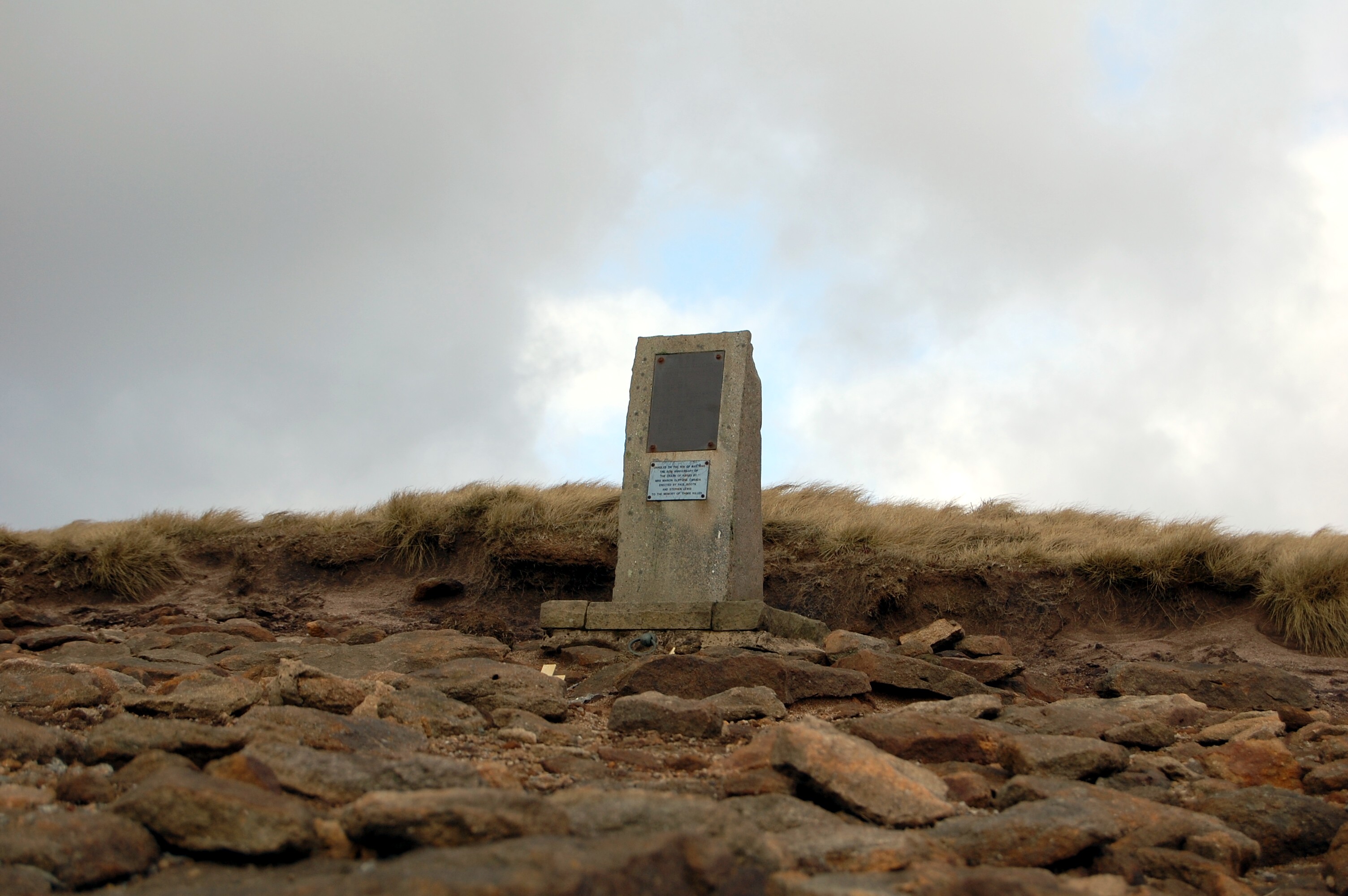 “On the night of May 18th 1945 Avro Lancaster KB993 of Canadian 408 Squadron crashed at this place. The crew were flying circuits and bumps.

In Memory
They are not forgotten”

“Unveiled on 18th May 1995 50th Anniversary of the crash of KB993 by Mrs Marion Clifford, Canada. Erected by Paul Booth and Stephen Lewis to the memory of those killed.”

Richard Tierney looking sunward, the sparse remains of Lancaster KB993 behind him. The bomber crashed as pilot Flying Officer Anthony Arthur Clifford tried to climb up and out of this valley. 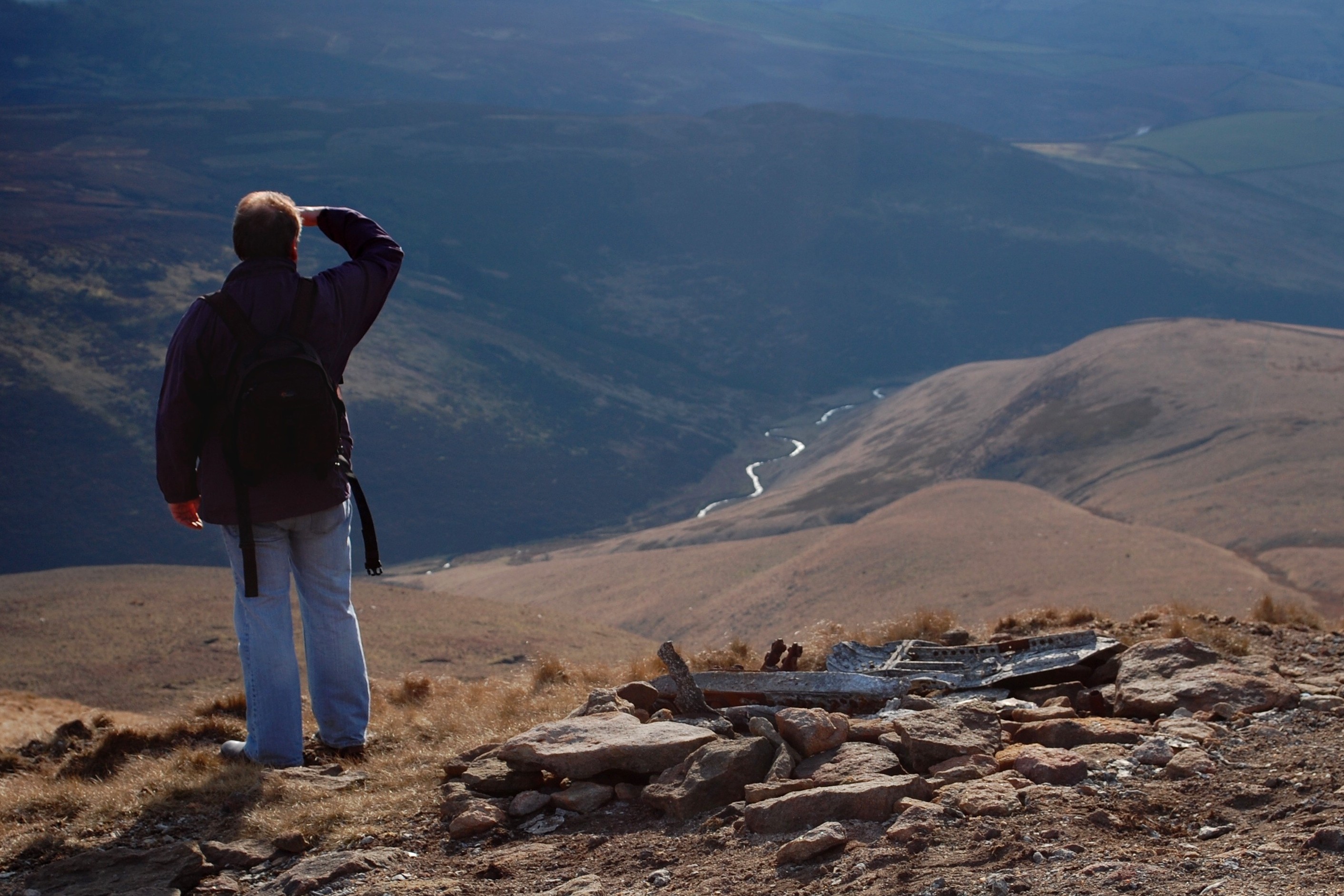 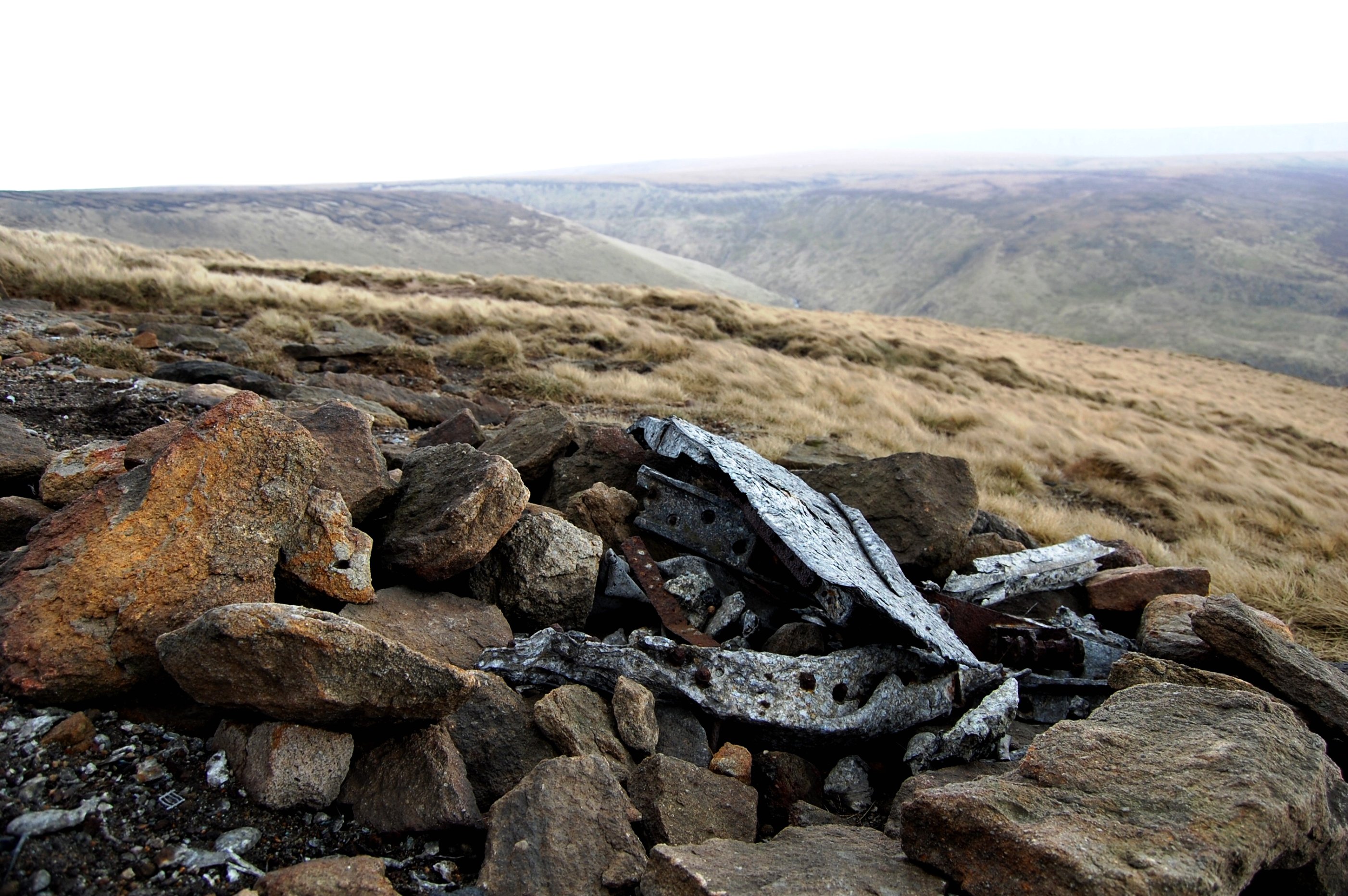